A suburb in San José granted citizenship to pollinators and declared itself a sanctuary for bees. Welcome to Curridabat.

Bees are essential to human life. Without these tireless workers, we wouldn’t have fruits and veggies on our table and wouldn’t be able to feed the animals we consume. Plus, we wouldn’t enjoy deliciously anti-bacterial honey. Sadly, the little black and yellow-striped pollen lovers are declining worldwide.

Back when Curridabat was just a little-known suburb of Costa Rica’s capital San José, its City Council meetings were concerned with drinkable water issues and there was no space for environmentalism, remembers Irene García, biotechnology engineer and advisor to the Mayor’s Office. The wellbeing of bees seemed quite far down the Council’s list of priorities.

Then, a revolutionary change in narrative shifted the focus of decision-makers and brought the town to the international stage. Former mayor Edgar Mora and his team decided to “expand our definition of what a citizen of Curridabat is” and recognise pollinators “as native inhabitants and city dwellers,” Irene explains. 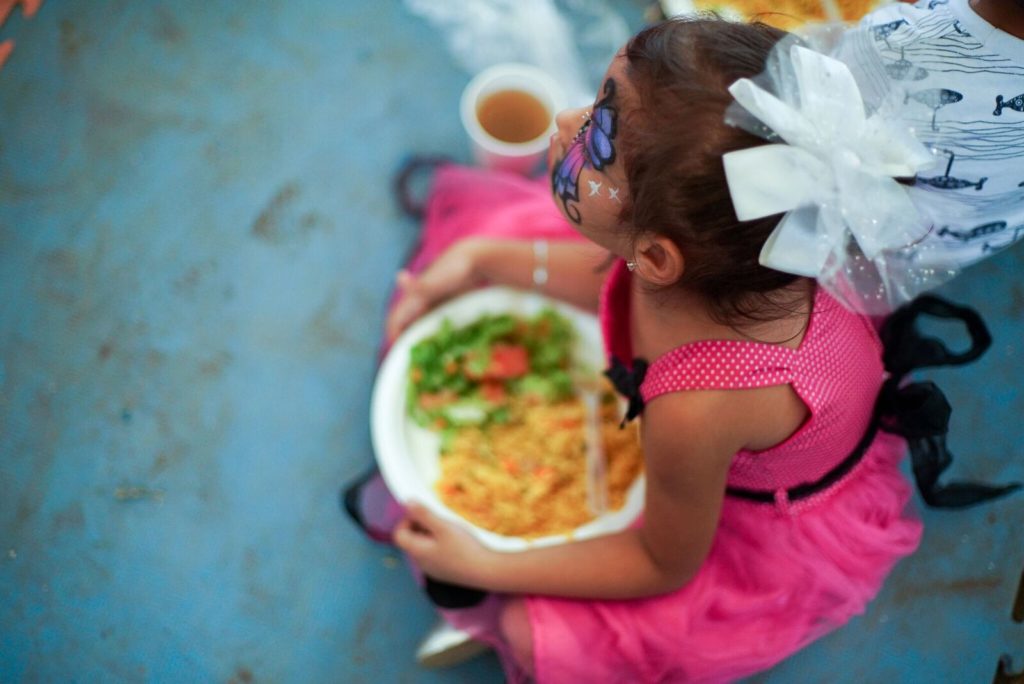 Building a sweet future for all.

This stretch of the imagination meant that humans would stop competing with nature for space and resources and the wellbeing of the ecosystem was finally seen as a necessity for people to thrive. The protection of nature was now a priority in Curridabat’s urban development plans.

But how to convince a community of 65 thousand residents to welcome every bee, bat, and moth as one of their own?

The administration first explained that pollinators are “the largest producers of plants, trees, and ultimately, soil” necessary for urban centres to prosper. And there are plenty in Curridabat, which is home to 15 species of bees, 69 different butterflies, 4 kinds of hummingbirds and 8 bats.

According to Irene, no local government would be able to pay back pollinators for the free services they provide to human communities because their work affects anything from food, climate regulation and water depuration to landscaping and mental health.

Irene isn’t alone — according to FAO, the estimated value of the world’s ecosystem services is $125 trillion (the global tech industry is worth approximately $5 trillion in 2021), while Tijjani Muhammad-Bande stated that pollinators alone contribute $577 billion in food production to the world’s economy.

Although nature gifts society with ecosystem benefits every day, few governments choose to account for them when making decisions about public policy and investment. And urbanisation remains one of the greatest threats to biodiversity. 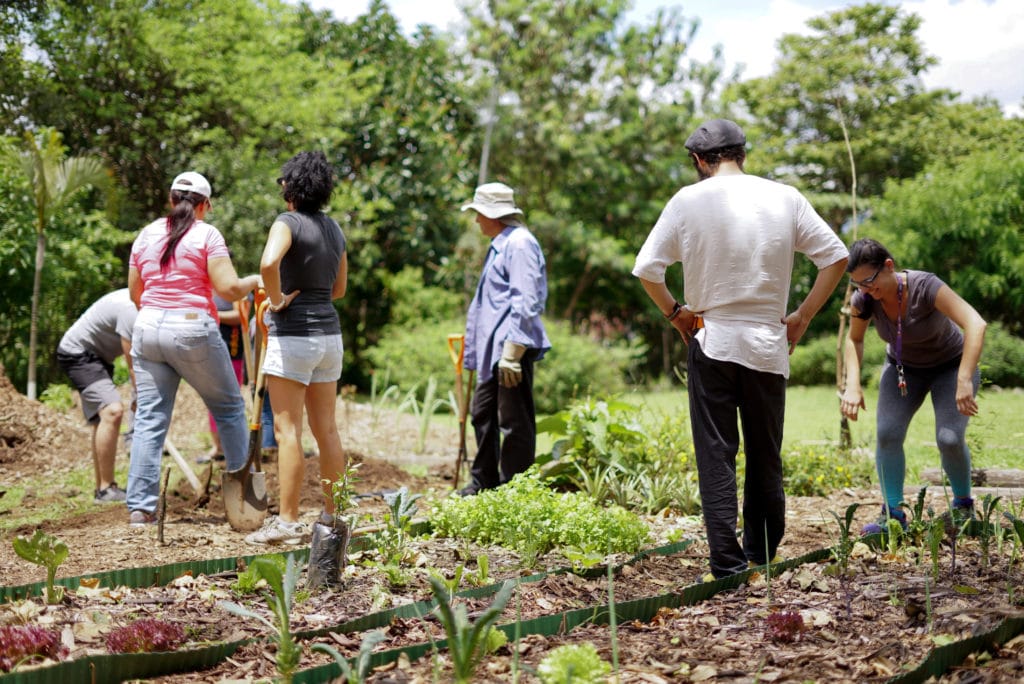 Human and winged residents work together in community gardens.

In 2015, Curridabat made a beeline for change and rebranded itself as Sweet City (Ciudad Dulce) so that residents and visitors, human and otherwise, would know that pollinators had a new urban haven here.

Costa Rica’s sweetest Strategic Municipal Plan reimagines urban development around 5 pillars: biodiversity, infrastructure, habitat, coexistence, and productivity. In each of these areas, the priority is to “bring about tangible change through shifts in how citizens experience their surroundings.” Think like a citizen of nature in Curridabat and you’ll feel as snug as a bug.

These days, Curridabat treats green spaces as part of its infrastructure. Pollinators and people work together in community gardens to produce fresh fruits and vegetables. They take care of the trees being planted to promote soil regeneration and clean air. New green areas are created specifically to cater to the needs of vulnerable groups. The administration doesn’t consider Sweet City as a project, but rather, as a new vision for urban development.

As Irene tells us:

“We must adopt a model that takes into account all humans, plants, and animals that coexist in the urban setting. Those who are interconnected prosper.”

Although Costa Rica is a relatively small nation accounting for about 0.03% of the Earth’s surface, it’s home to over 5% of the planet’s biodiversity, which makes it one of the 20 countries with the highest biodiversity in the world. Of the 500 thousand species in Costa Rica, more than 300 thousand are insects. The government pledged to reach zero emissions by 2050.

Yet, San José remains a concrete-rich, densely populated centre that has little to do with the heavenly beaches and forests that tourists come to explore in the rest of the country. That’s why Curridabat blossomed into an intercity biocorridor that provides safe passage and shelter for wildlife and scenic value for people. 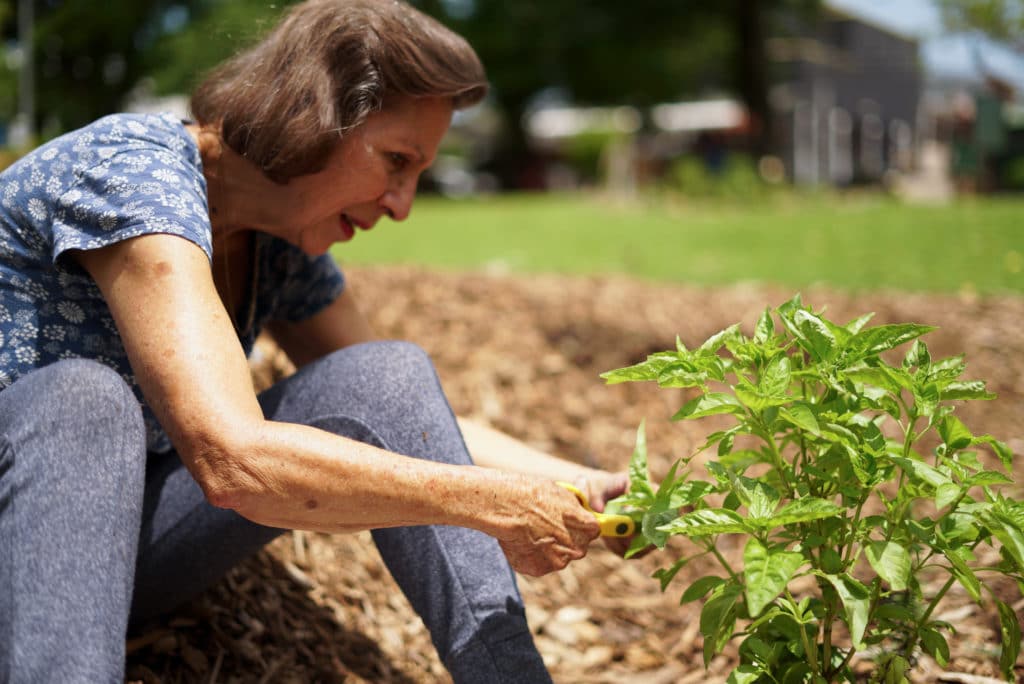 It takes a village to build sweet cities.

Human residents are encouraged to get to know their winged neighbours: the education programme Sweet Class (Aula Dulce) helps them feel at home in harmony with nature and the free Sweet Plant Guide teaches them how to grow pollinator-friendly plants. As they walk around Curridabat’s parks, they can scan a plant’s QR code to find its information, and volunteer to maintain pollinator colonies.

Curridabat’s Sweet City plan received funds from the United Nations Development Programme and its biophilic approach won the suburb several awards, including the Best City Plan from the Congress for the New Urbanism (CNU), the NewCities Wellbeing Cities Award, and the Guangzhou International Award for Urban Innovation.

Irene told us that Sweet City’s greatest achievements can be found in “the wellbeing and happiness” that’s spreading around the neighbourhood like honey on toast. Air quality and green spaces aren’t the only ones to go up — spirits are also lifted thanks to better collaboration and community activities.

Sweet City is now building a Centre for Biodiversity Intelligence (Centro de Intelligencia en Biodiversidad) to study sweeter ways to reimagine our cities and spread the word on how to implement them. They hope to experiment new models and generate information that will help other cities thrive in harmony with nature. 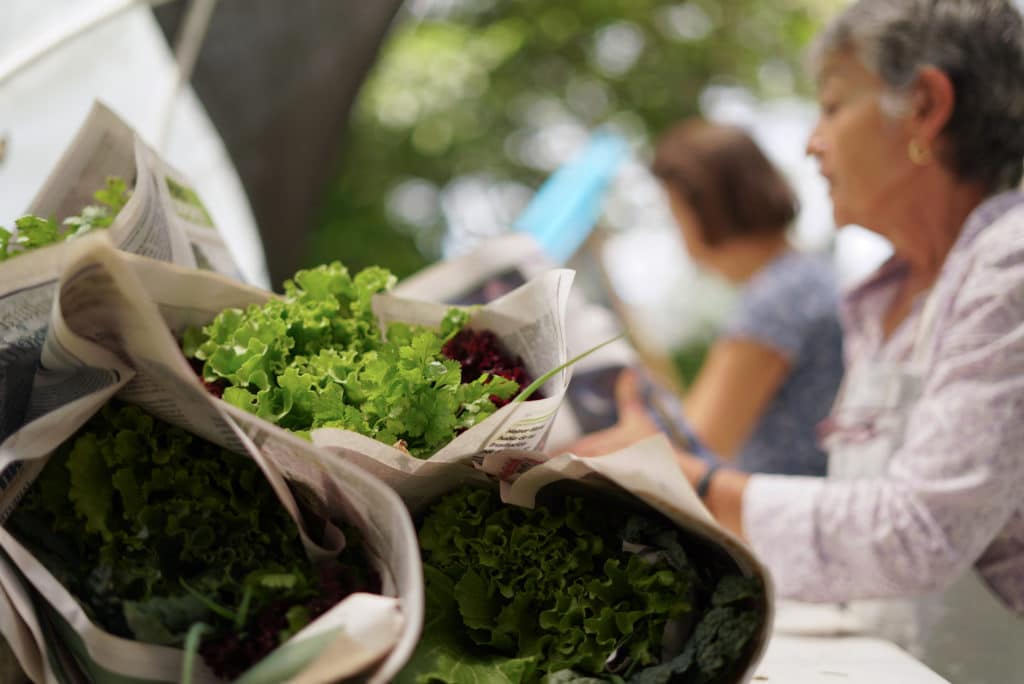 AtlasAction: Irene says that every small decision makes a difference. Think of yourself as part of the ecosystem and ask yourself ‘How can I contribute to the planet instead of taking from it?’

Bee-curious? Check out our bee-friendly projects on the Atlas!