In an organic farm in an ancient city in Galilee, a materials scientist is reversing environmental damage using the green cleaning power of plants.

Experiments with nature are happening in a farm near Nazareth. As water demand increases around the globe, Eli Cohen looks to plants to power our needs. He knows we can spruce up our air and water using nature, we just need to find the right plant.

“We are using nature to help nature.” – Eli Cohen

The phytotechnology expert is based in Zippori in northern Israel’s climate, midway between the Mediterranean and Lake Kinneret, a region that is warming up rapidly: “It’s the fastest in the world, with a triple-phenomena of water shortage, desertification and growing social pressure,” he tells us. “Proper water management and reduction of carbon footprint are the needs of the hour.”

In the 1980s, evidence of a sharp rise in global temperatures started to persuade people that the earth was warming as if it were a greenhouse. Inspired by our “deteriorating planet”, the Israeli nature-lover decided he wanted to help “rebalance what we as humanity managed to damage throughout the last 100 years”.

In 1989, he set up a sustainability company – taking our earth as his muse – and named it Ayala after his daughter. This means ‘female deer’ in Hebrew, but he tells us that it also has another meaning. “In old traditions, the ayala had a unique sense. They could locate underwater sources.” 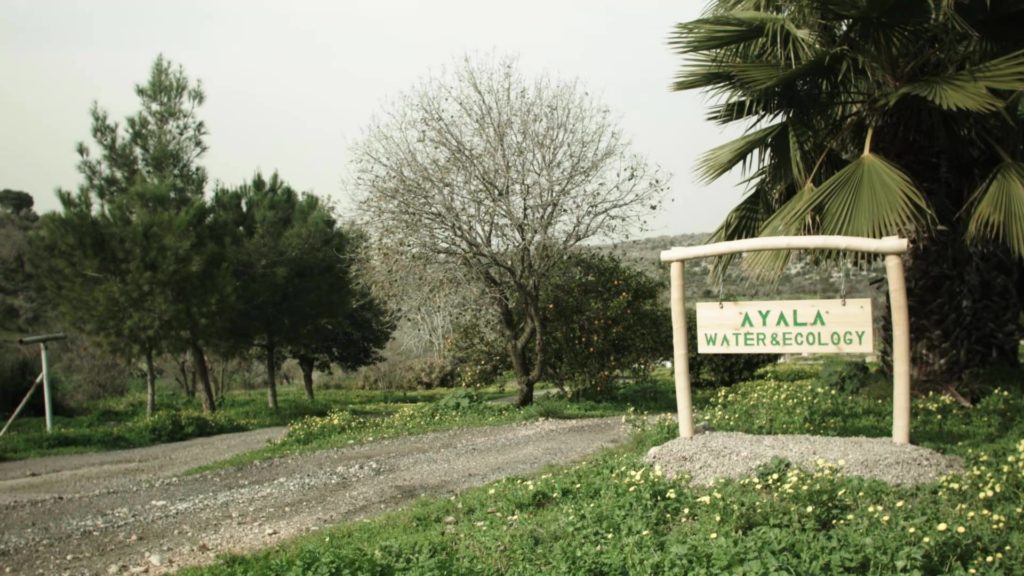 Ayala’s team of ‘phytoremediation’ experts has one simple goal: restoring nature’s ability to preserve and protect itself. An amalgam of the Greek phyto (plant) and Latin remedium (restoring balance), this is a technique that uses living plants and trees to clean contamination and provide ecological solutions for water, soil and air pollution.

Plants have the inherent ability to remove or trap a whole range of pollutants. And that’s exactly what Ayala does – sustainably and simultaneously. They specialise in eco-friendly solutions for urban, agricultural and industrial waste flows. 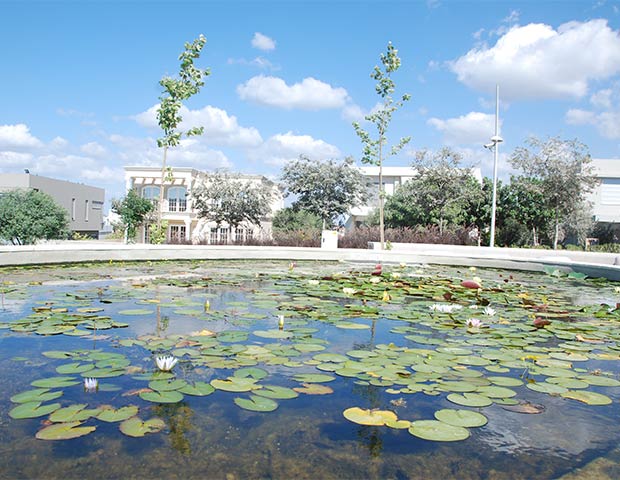 In answer to the growing problems of water consumption and pollution, Ayala has trademarked a complete system called NBS, short for ‘Natural Based Solutions’. Clean, inexpensive and environmentally friendly, the tech is based on the laws of nature and comprises three elements: aquatic plants that filter and decontaminate pollution, a special substrate for growing the plants and some serious green knowhow. 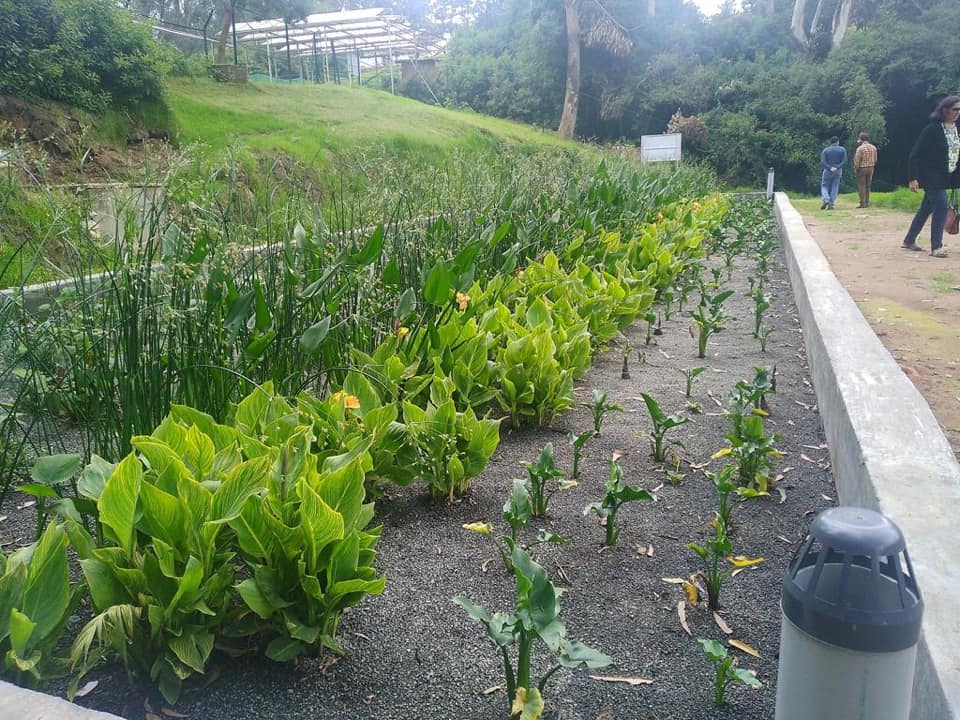 Eli and his team go on green-hunting expeditions all around the world to source the plants, because there is a trick to creating a winning combination of plants – as each has a different bacterial environment and breaks down a different pollutant. 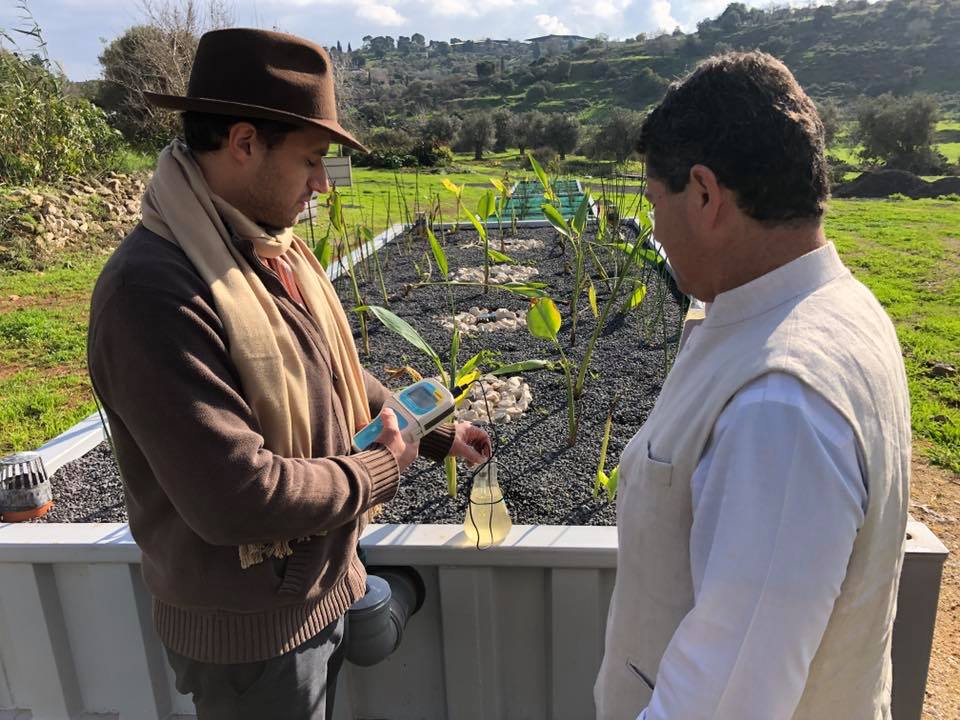 Beautiful and effective solutions are designed into the urban green landscape and serve several functions at once: they treat sewage, recharge the aquifer, harvest water, prevent floods, act as green lungs, reduce energy needs for transport of water and eliminate needs for failure-prone piping. 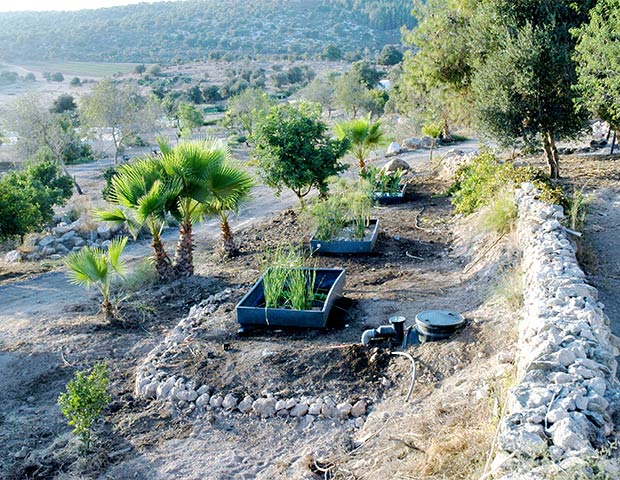 As well as in the Med region, there are hundreds of Ayala installations worldwide – from villages to rivers and lakes to urban parks to dairy farms. And what’s more, they can look like this: 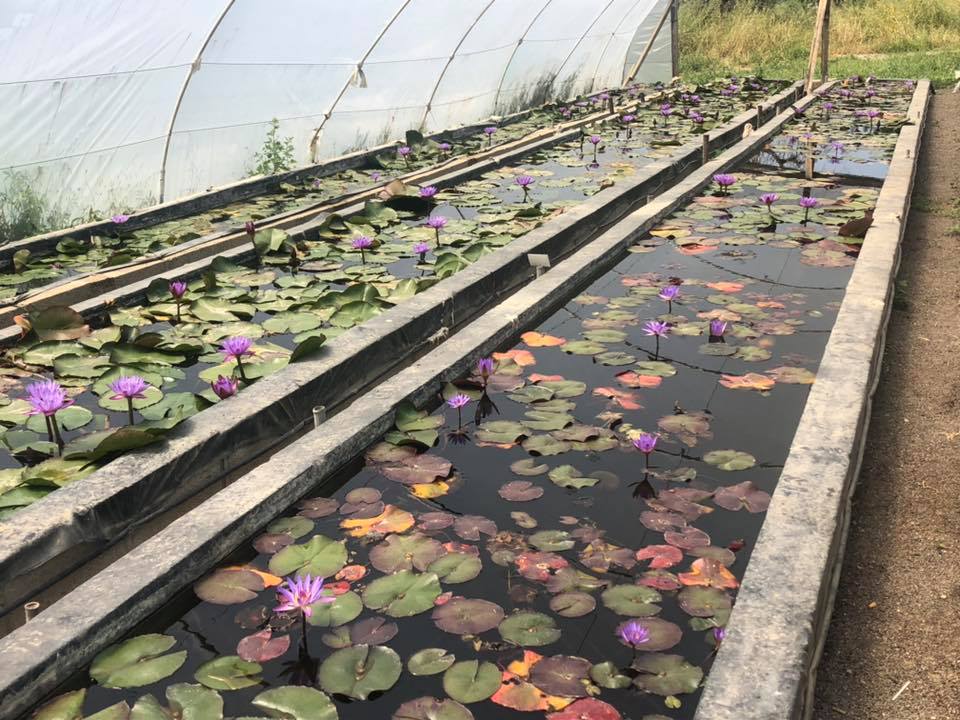 Projects range from a plant that treats landfill waste, fresh garbage and contaminated sewage at the Hiriya landfill near Tel Aviv, Israel, to acid mine drainage remediation in Chile, to urban sewage treatment in India. “All projects are significantly more reliable and easier and less expensive to maintain and operate than conventional solutions.”

At Jain Farms in Tamil Nadu, India, treated water is reused for irrigation at the organic fruit farm. “The future is here: no energy, no chemicals and totally sustainable.” 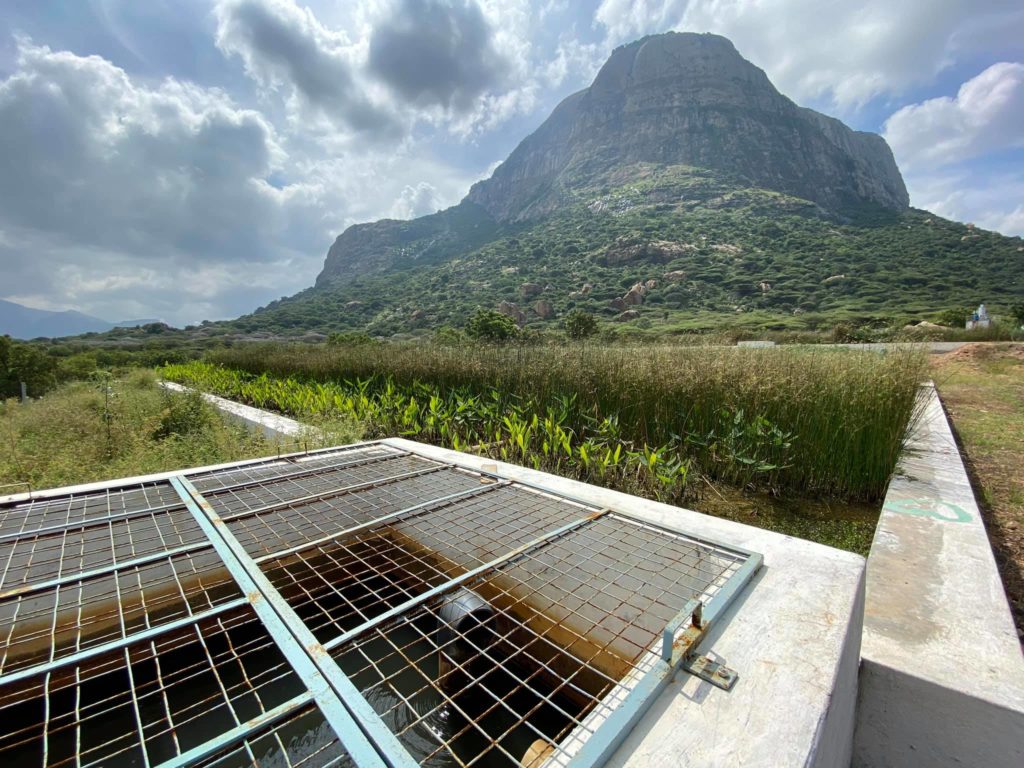 NBS in action at Jain Irrigation Farms in India

In Ganei Tikva (which is Hebrew for ‘Gardens of Hope’), a town known for its high standard of living and quality education, Ayala has created an onsite solution for grey water and local sewage which otherwise would have been transferred by pumps and long pipelines to a sewage treatment plant far away. 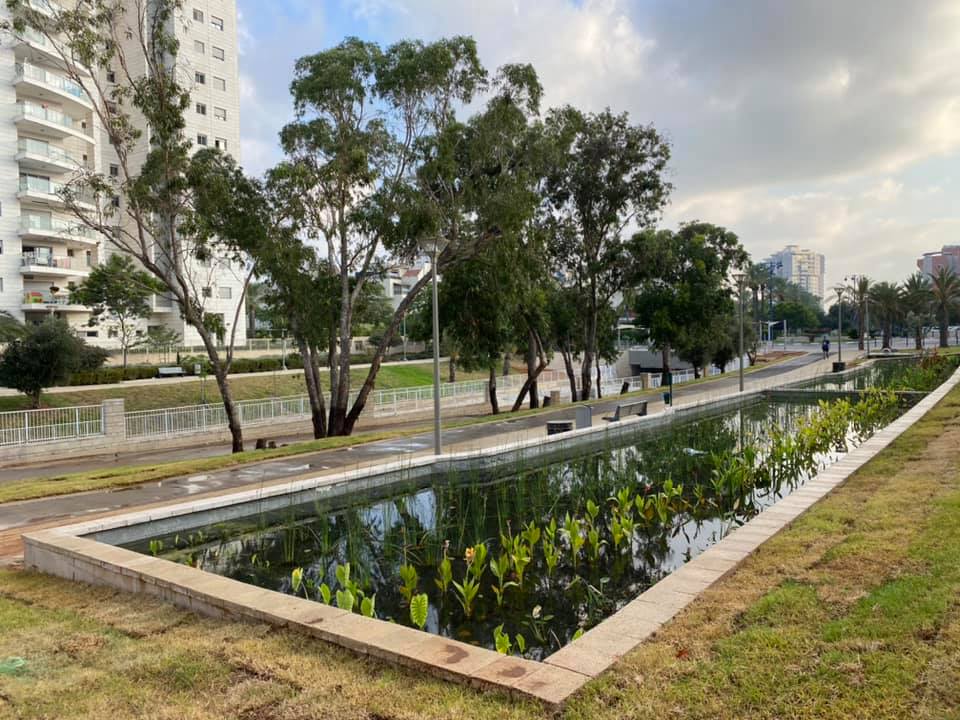 “Fortunately, Ganei Tikva’s open-minded Mayor saw a smaller working project in Tel Aviv and decided to go forward with us on this project in his city. We are saving them the costs of infrastructure works, operation energy and maintenance, as well as the costs of treatment far away and irrigation water,” Eli explains. “But besides that, a beautiful park was created which serves wonderfully the livelihood of citizens.”

These plant-based solutions are a real breakthrough for development in cities, as they significantly reduces operating costs associated with both the water and energy sectors. Cities benefiting from the Ayala approach can also be found in France, India, Israel, Mexico and Greece.

Even though Ayala received support from the European Union Horizon 2020 research and innovation programme for its modular, energy-free, portable system, 2020 was a tough year, but they did manage to convince a big regional municipality in central Israel to protect and rehabilitate a living river from incoming sewage water without the use of the conventional sewage treatment (which is failing) – and to do things naturally with NBS.

Eli adds that the pandemic actually showed humanity the limits of technology. “I am not sure how deep it penetrated, but the seeds are in. Humanity’s main task now is to reduce our consumption dramatically: our energy, chemicals, water, commodities, services, food and so on. This will make no change in our lifestyle but eventually will improve our quality of life.”

He plans to keep pushing the world to trust in nature. ““Step by step, we keep doing more in this field worldwide, creating the ‘critical mass’ which will eventually shift decision makers’ mindset.“ 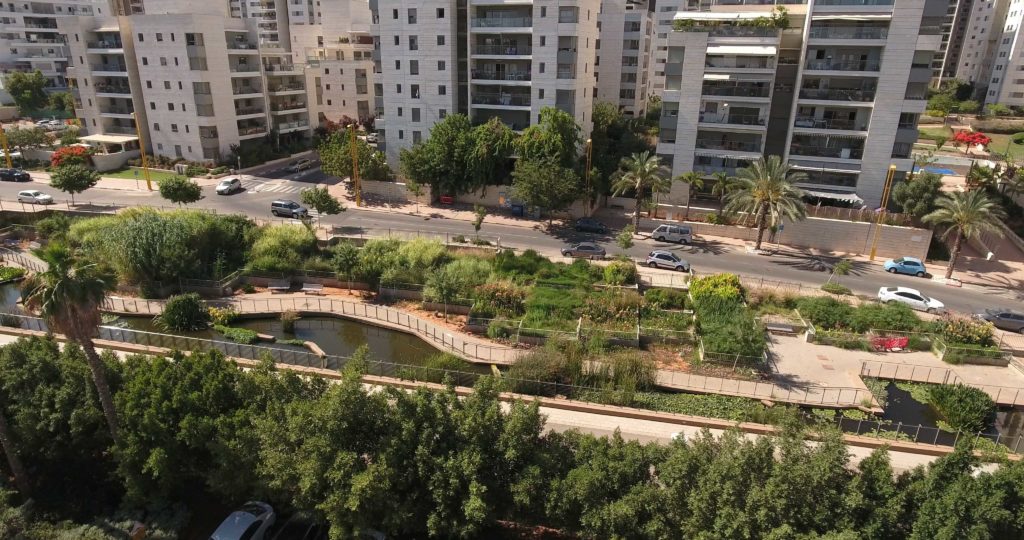 AtlasAction: When it comes to making positive change, Eli urges us all to “Talk about it, believe in it, ask for it, demand it.” Learn more about Ayala’s projects here.

A youth network in the Mediterranean is flowing with ideas of how to solve the world’s water challenges. They’re the...
See more 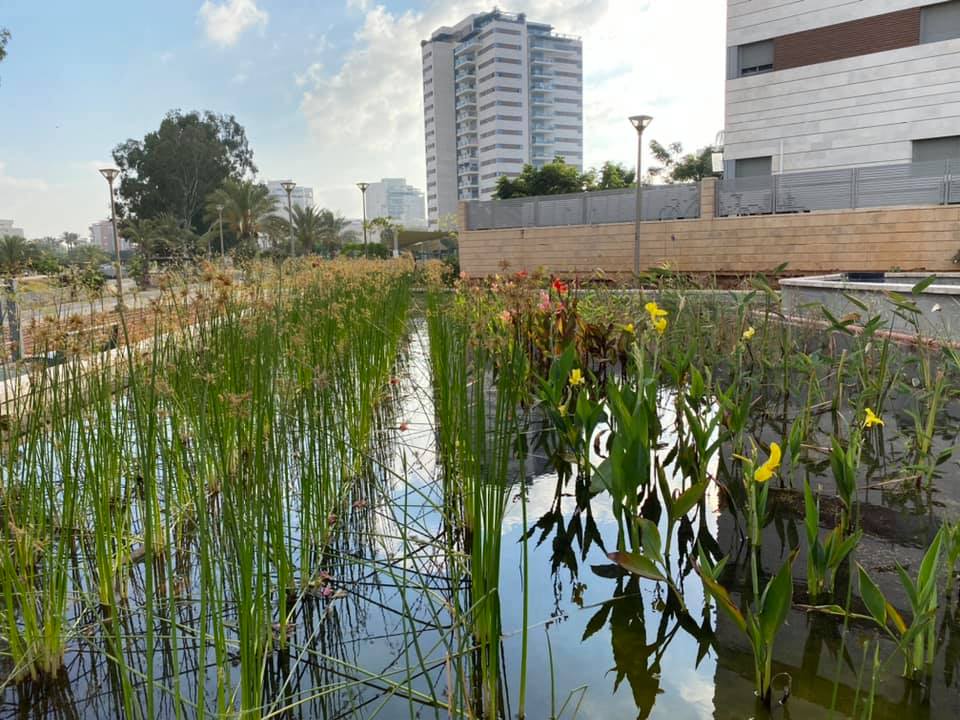 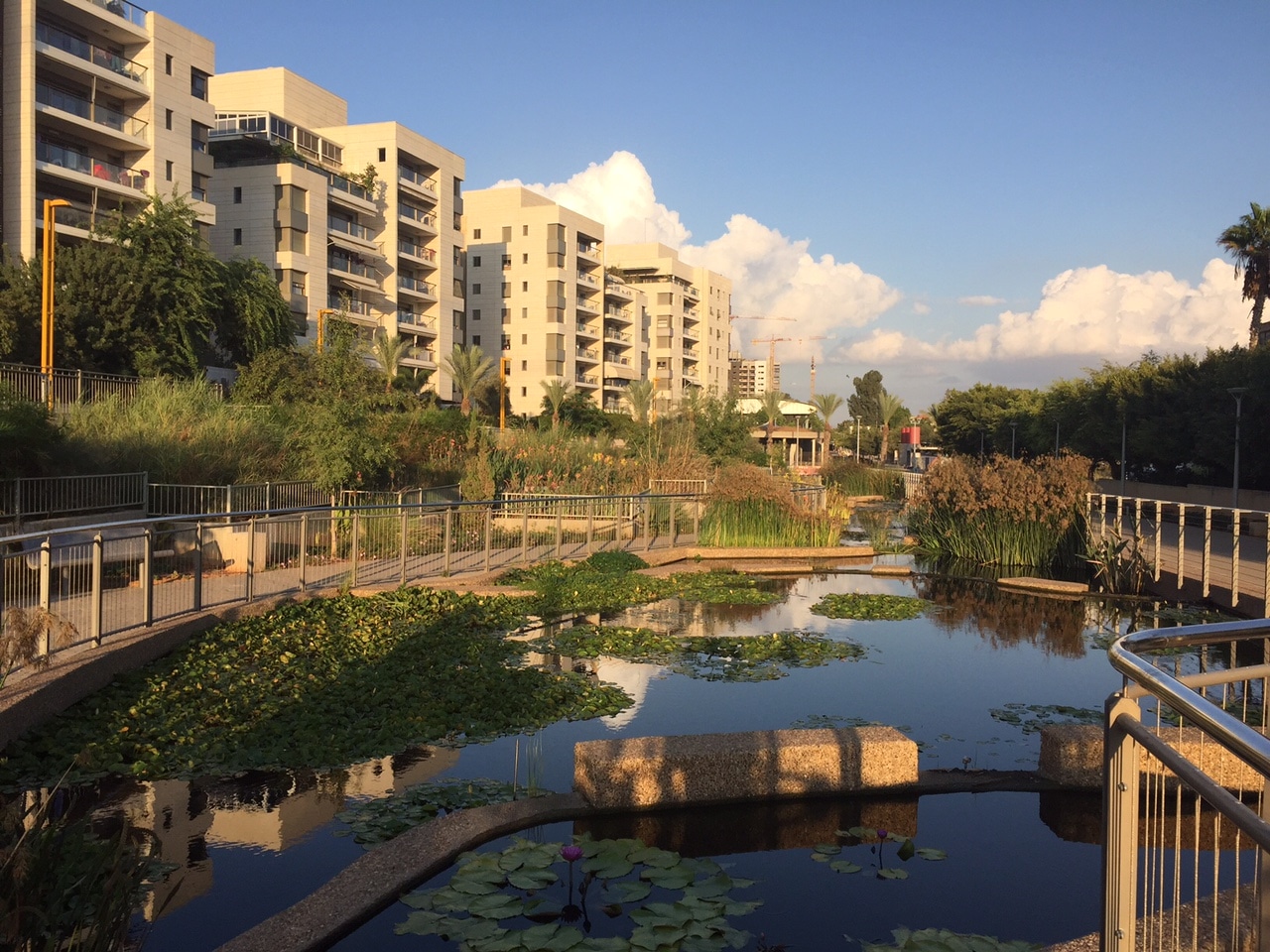 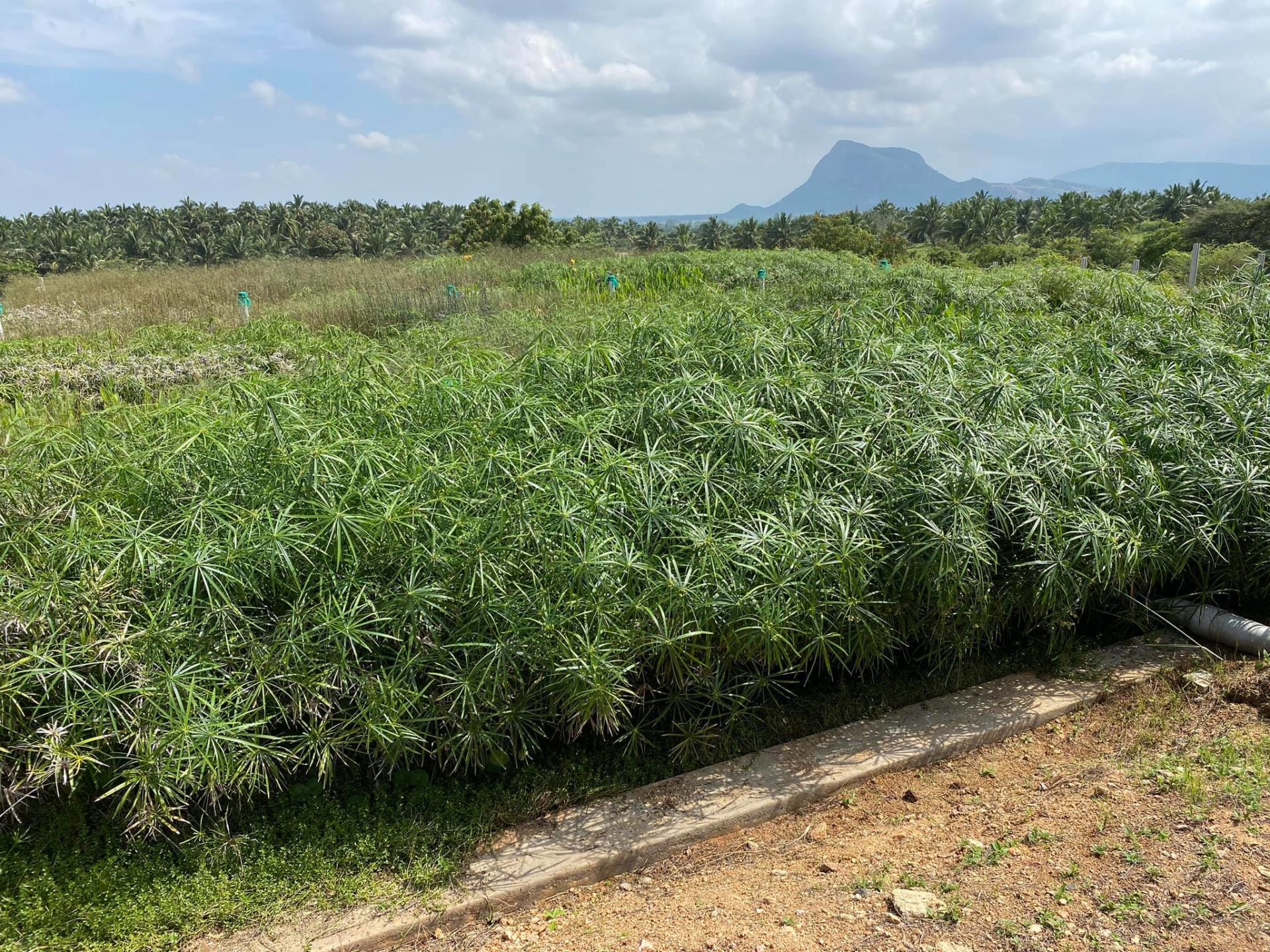 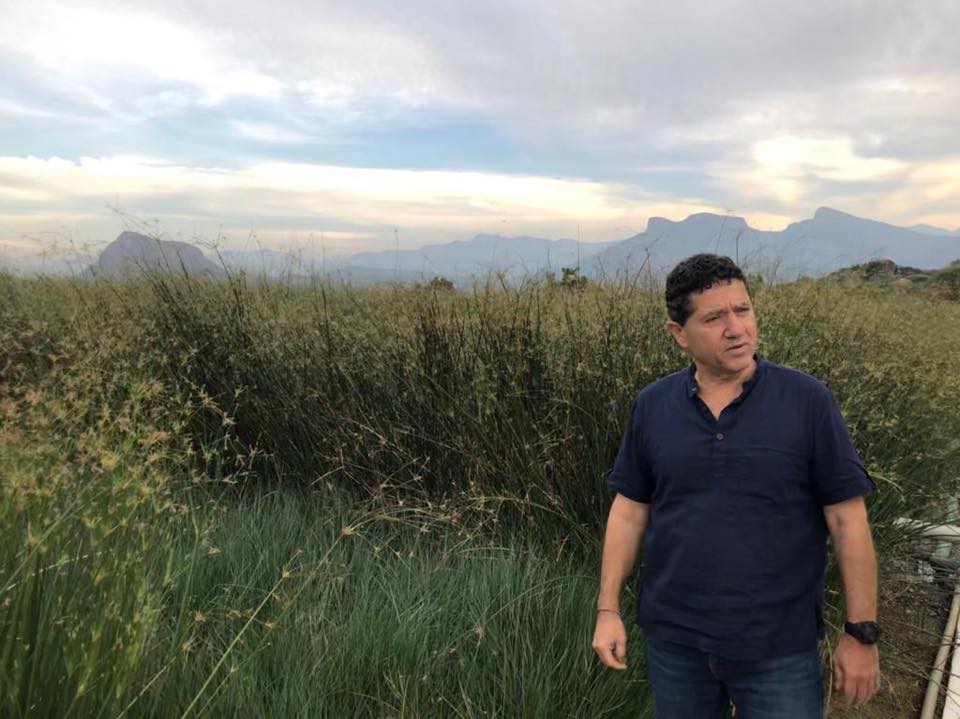 A youth network in the Mediterranean is flowing with ideas of how to solve the world’s water challenges. They’re the...
See more