Occupy space, occupy history: can you hear the land you’re walking on? In Fitzroy, a historical inner suburb of Melbourne, your steps talk back to you.

Yalinguth means ‘yesterday’ in Woi Wurrung, the language of the Wurundjeri People. It’s also the evocative name of a new app that uses sound-based augmented reality to connect the land of Fitzroy with the stories of its First Peoples.

The app is launched in 2021 and if you’re into community empowerment, decolonised creativity, and amplifying Indigenous voices, this one’s your jam.

Pip Chandler, Co-director of community engagement and arts for advocacy organisation Storyscape, says that Yalinguth was first imagined during a conversation on the banks of the Maribyrnong River eight years ago. Since then, the idea grew deep roots in the Indigenous community of Fitzroy and saw a great turnout of locals willing to help. 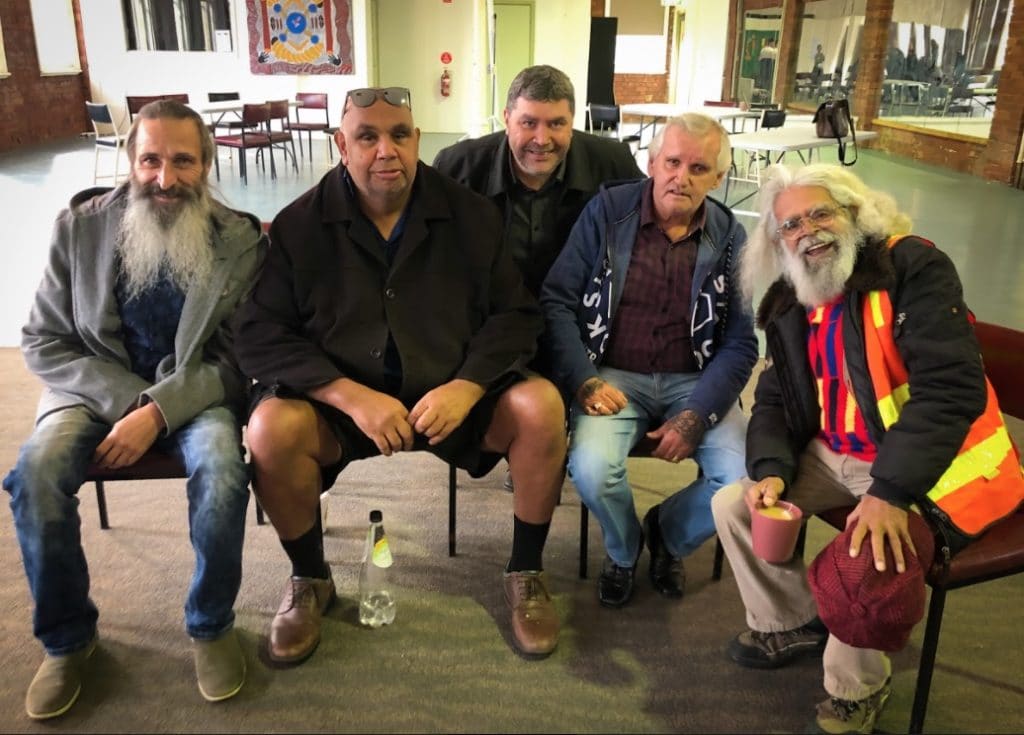 People came together to gather Aboriginal and Torres Strait Islander stories that could occupy spaces across generations. The young gained professional sound recording training as they interviewed Elders, activists, community leaders, and everyday people who had lived in the neighbourhood.

The result is an immersive experience. The app connects to your mobile’s location and as you take a walk around the area, you enter a transgenerational sound dimension composed of the stories of those who have lived, laughed, and fought on the land.

The value that Yalinguth brings to the table is revolutionary: it makes an Indigenous story as readily available as a paper on a newsstand. The memories, wisdom, and guidance that were there already for the people in the community are now accessible to all app users. For the listener, it’s the polyphonic storytelling of a landscape that you couldn’t easily get elsewhere. At the same time, it’s a powerful way to “gain empathy for a story and tear down the walls of racism and prejudice”, says Pip. 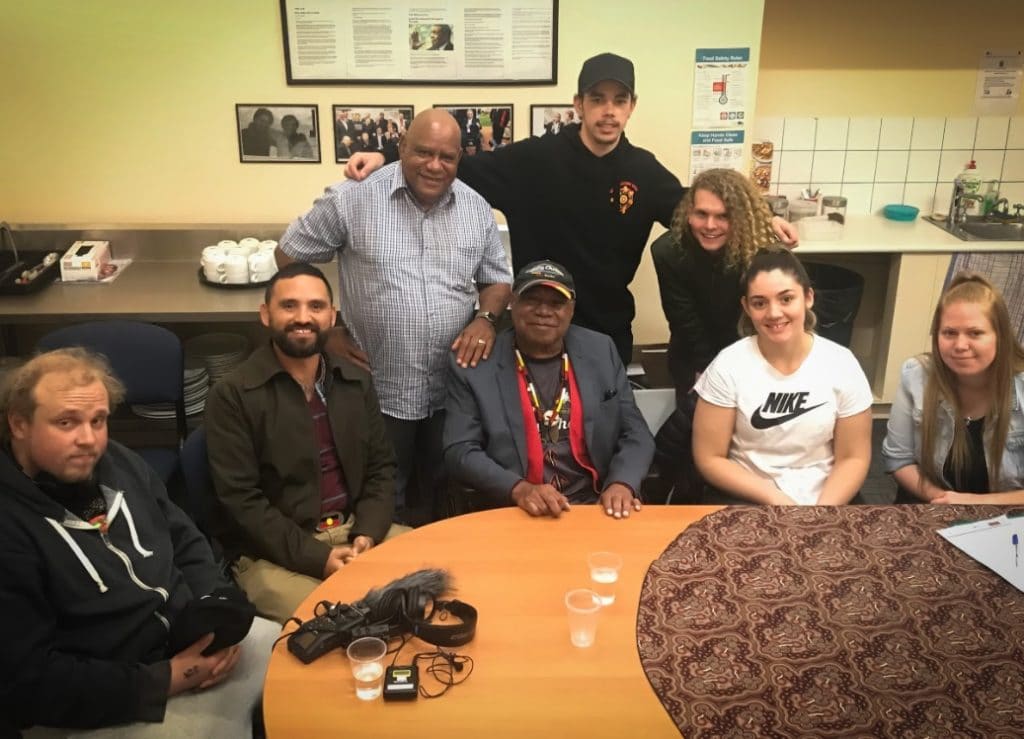 However, the magic of Yalinguth has first and foremost shown in the effects it’s already had on the community. Many Aboriginal stories had never been told before because the opportunity was never given — during the recording sessions, some tears were shed and family ties were discovered for the first time. Most importantly though, immense joy and a whole lot of laughter sprung as words were being uttered for Yalinguth.

Robbie Bundle, First Nations founding member of the Yalinguth Working Group and musician and filmmaker from the Melbourne Community Indigenous Film Collective, describes the self-determination and pride sparked by the recording process: “Yalinguth empowers our storytellers to keep our stories intact by having the courage and the will to stand strong.” The app connects people to places through stories in a fashion that is at the very heart of Aboriginal oral traditions. Tales are collectively shared to preserve the history of the land and the people and animals who inhabit it.

First Peoples have fought hard and long for Aboriginal and Torres Strait Islander stories to be heard. In particular, they have been calling for truth-telling processes that can acknowledge historical human rights violations, achieve justice, and allow the nation to heal. And this is a historic time — Australia’s first Truth and Justice Commission was established in the State of Victoria on May 14, 2021. 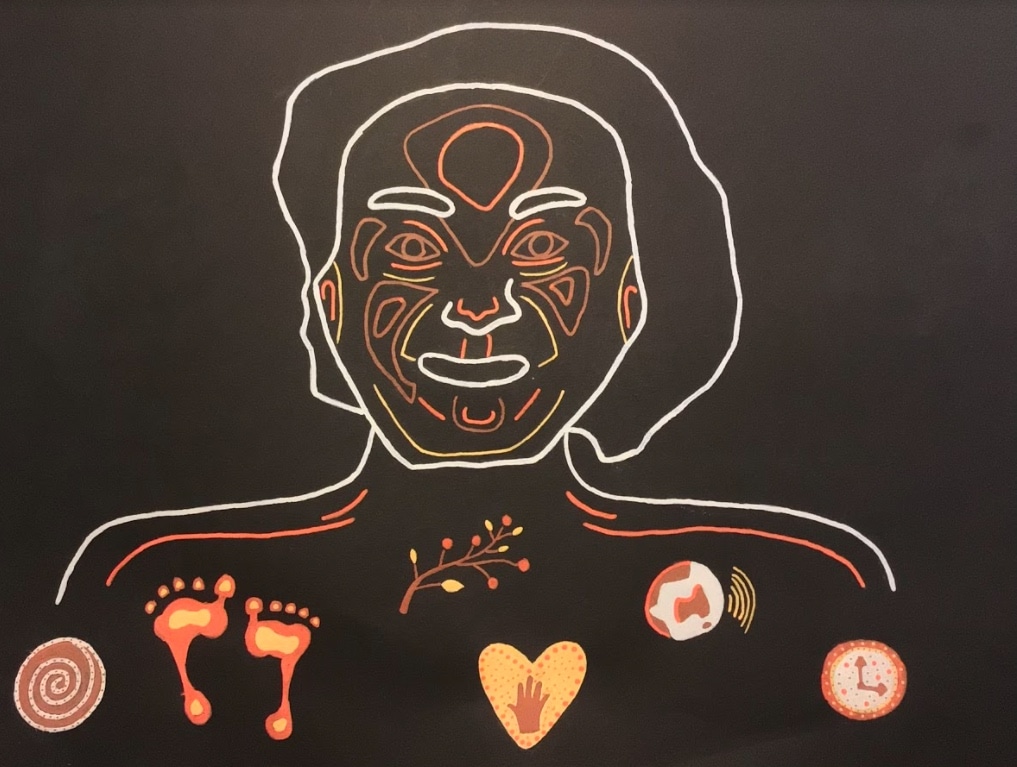 But how can a mobile app be in tune with the storytelling traditions of one of the oldest cultures in the world?

Dr Chris Barker is a member of the Yalinguth Working Group and the creator of the ‘Sound in Place’ App Concept. Program Manager for the Masters of Animation, Games and Interactive Media at RMIT University, he takes care of the technical side of the app together with Max Piantoni and Kate Cawley. He describes how Yalinguth stands out from other content-hungry mobile technologies.

Instead of detaching the user from reality and time, Yalinguth forces them to engage their body and mind with the place they’re in, and literally walk into a story. He hopes that Yalinguth can “heal the relationship between knowledge and places by putting stories back in the land,” since “stories, bodies, and places all belong together.”

A Yalinguth walk is not only made up of spoken tales but also atmospheric soundscapes. You’ll hear the birdsong that once filled the Melbourne air, the sound of a local protest recorded in the ’70s, and the voices of Aboriginal artists, like Archie Roach singing Charcoal Lane. Tracks are randomised, so as you’re listening to a tale from someone’s childhood, the person right next to you may be exploring a lush pre-colonial forest. 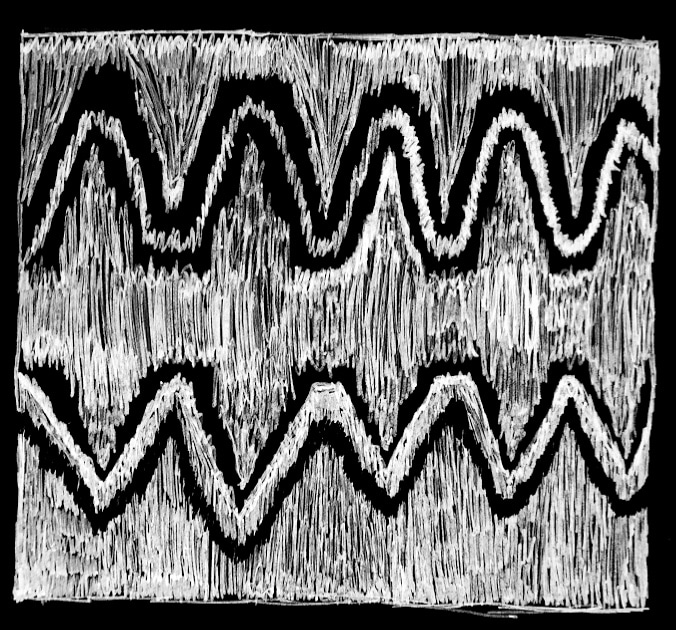 The first area to have been included in the app is Gertrude Street [header image], a place of great significance for the Aboriginal rights movement. Had you been a First Nations person moving to Melbourne in the twentieth century, you may have easily come to Gertrude St to find a safe meeting place. You’d have visited one of the many Aboriginal organisations that could help you find housing, legal support, and health services. Or maybe you’d have spent an evening at ‘The Black Pub of Melbourne’, famously visited by Muhammed Ali.

The Yalinguth Working Group is expanding their hard work to cover other areas, and have ambitious plans. They’re thinking of ways to make the app’s content development and management system more user-friendly and create an interface that can allow anyone to be part of the conversation and add their own stories. They’ll also include more content in Aboriginal and Torres Strait Islander languages as the app expands.

It doesn’t stop here: after getting people from across the globe to hear Australian Indigenous voices loud and clear, Robbie, Pip, Chris, and the Group all hope for Yalinguth to create a framework that can inspire organisations around the world to develop similar projects, because “stories live in the land.”


And so the tale goes on.

AtlasAction: The best thing you can do is come down to Fitzroy, plug your earphones in, and hear what the land has to say! Too far away? Follow Yalinguth on Instagram for story sneak peeks. Got a story to tell? Know an Uncle or Auntie who’d love to share? Get in touch.

Europe’s densest neighbourhood, die-hard champion of authenticity and diversity, is starting to tell its own story in its first co-created...
See more
Share this project

Europe’s densest neighbourhood, die-hard champion of authenticity and diversity, is starting to tell its own story in its first co-created...
See more