Building on the trust and popularity of museums, this NY-based climate museum bakes action into everything it does, inspiring the public to join the fight.

“The fossil fuel industry did a supremely effective, sociopathically intelligent job of making it seem like the climate crisis was a subject of scientific controversy for years.” – Miranda Massie, Director, The Climate Museum

The success of the fossil fuel industry’s “socially destructive, violent and very effective PR work” made climate a difficult subject for many cultural institutions to touch. That was why, concluded Miranda Massie (pictured below), as she felt the ever-increasing pull towards focusing her life on action for the climate crisis, there weren’t already at least five public museums dedicated to the topic. As a committed activist, personally and professionally, she had – like many others – struggled with the urgency and magnitude of the situation. 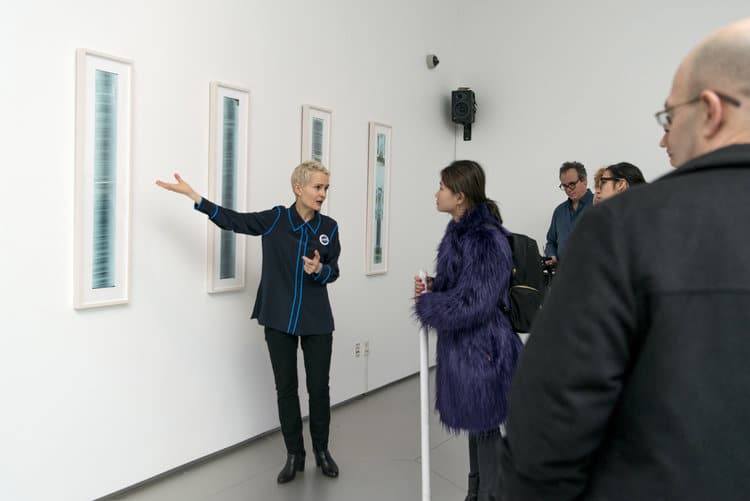 “It was a long time,” Miranda recounts, “between my dawning intellectual recognition that the climate crisis was the most important thing to try to address and my finding a way to lean into it.”

Her way of leaning into it was to create what turned out to be the first museum in the United States dedicated to the topic. When the idea for it emerged fully formed in her thinking, she was so sure that such an institution must exist, that she was careful to research widely to be certain she wasn’t about to step on others’ work. 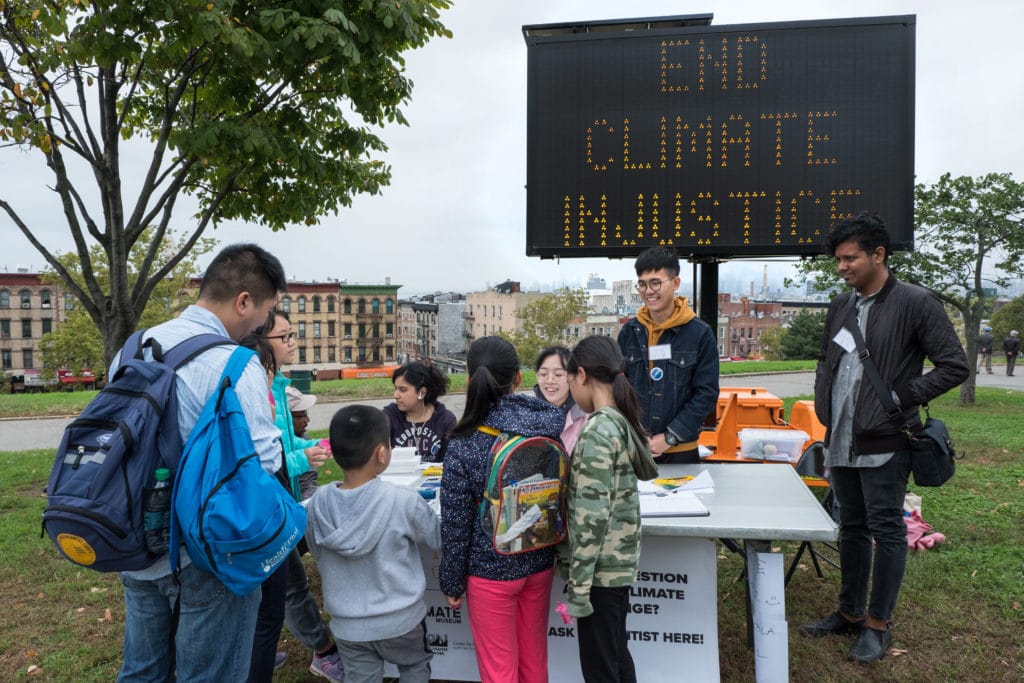 The self-described ‘rank beginner’ admits that a certain level of ignorance about the challenges of founding a museum without a large pool of capital was in fact a useful starting point: “I really, really did not know what I was getting myself into,” she says.

She found, however, people to be enormously generous with their time, advice and expertise – and the first vital step was the formation of the Advisory Council, which developed with the help and participation of Gus Speth of the World Resources Institute, followed by many others.

What was clear to Miranda was that the museum should be a space for collective action – and that its role should be to actively foment broader public engagement with the climate crisis and extend civic engagement and activism past the climate vanguard and into the population as a whole. She also saw that an activist climate museum could stop people from becoming overwhelmed and turning away from the topic. “Having these experiences in a collective setting that’s focused on action,” Miranda explains, “is critical to building the general public engagement that’s essential.” 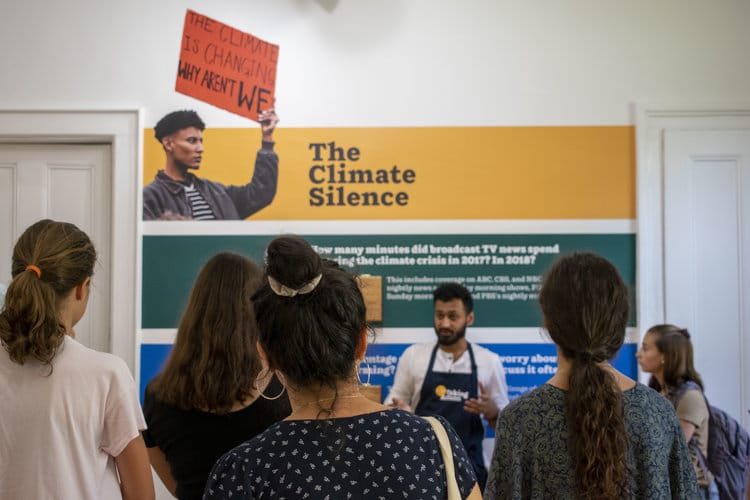 She sees the museum’s work as an intensification of ideas and activities within existing institutions to direct the powers and attractions of museum education toward the climate crisis. “For decades there’s been the new museology, focused on public participation, intellectual co-authorship and museums being vibrant and community based.” But she also saw that the results of these efforts were uneven, and noticed how hard a time established museums were having in letting go of the idea that they should, or even could, be neutral with respect to the carbon economy. Her innovation, therefore, was to “get clear and stay clear on how profoundly our ‘business as usual’ is bound up with fossil fuels, both materially and culturally, and to orient the Museum’s programming around working to end that” – and thus The Climate Museum, with its mission to inspire action on the climate crisis, was born.

The mission is supported by programming across the arts and sciences that aims to deepen understanding, build connections, and advance just solutions. The quest for just solutions is particularly current and vital.

“The idea that technocratic solutions alone could be sufficient to address the climate crisis now seems completely passé. It’s the human story about justice that is compelling and important – in different ways – to everyone,” she says. “Within the climate advocacy community, it’s now commonplace to regard the way in which injustice has gone into the making of the climate crisis, and vice versa, as fundamental.”

The main audiences for the museum’s work are that majority of North Americans who are worried by the climate emergency but not currently engaged in doing anything about it. Part of their theory of change is that “you need everybody on deck”. This means that inspiring action encompasses a broad spectrum from helping people to start a new conversation with a neighbour, through encouraging people to call their legislators routinely, all the way to engaging in civil disobedience and protest.

Ideas for public-facing, civic action are built into all the programming and activities of the museum. “There is,” Miranda tells us, “a huge amount of untapped desire to engage with the climate crisis and part of what we do is provide people with a chance to act on that. Our agency as individuals can’t be defined as beginning and ending with our consumer choices. That’s an offensive construct.” 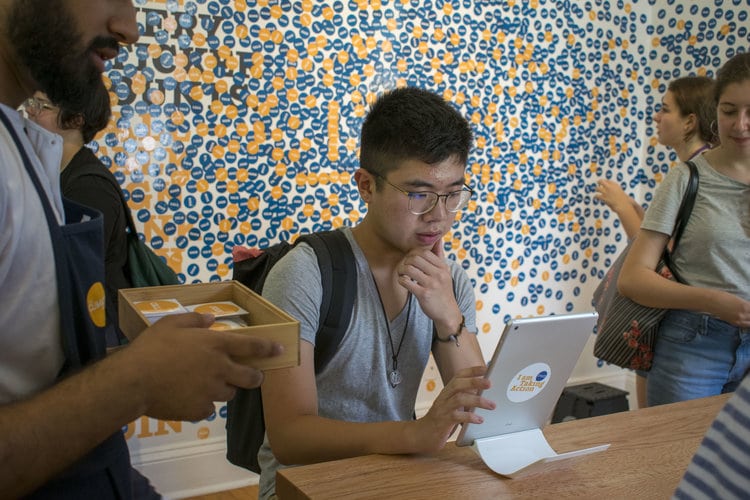 While COVID has accelerated the museum’s development of its online presence, digital and distributed programming and partner collaborations, it has neither lessened the desire nor the intention to have a physical space. “Having a central gathering place where people are together experiencing something is, we believe, incredibly important for collective efficacy,” adds Miranda. “That sense of capacity and community can be mobilised for very positive purposes and that’s essential to what museums can do to help the climate crisis.”

And while there are many stresses due to the disconnect between the urgency of the crisis and the inevitable timescales of much of the work, Miranda acknowledges that there is also great joy and great enthusiasm for helping out. The museum has benefited from a wide array of support: gifts of space and time, collaborations with elite scientific consortia and community-based arts programmes for at-risk youth and everybody in between.

Across the generations, The Climate Museum is engaging people by providing collective spaces for reflection and connection. For example, during Ask a Scientist as part of the Climate Signals art exhibition at ten installation sites across the city, the Sunset Park site hosted multiple intergenerational, multi-lingual climate conversations in Mandarin, Cantonese, Spanish and English.

The museum’s NY base offers an opportunity to reach large numbers of people – with local residents and domestic tourists as the priority. “We’re looking to intervene in a special way with the US population, given the historic role of the US in causing the climate crisis,” says Miranda. “There’s also a special need to reach Americans who have been subjected to particularly aggressive denialist campaigns.” 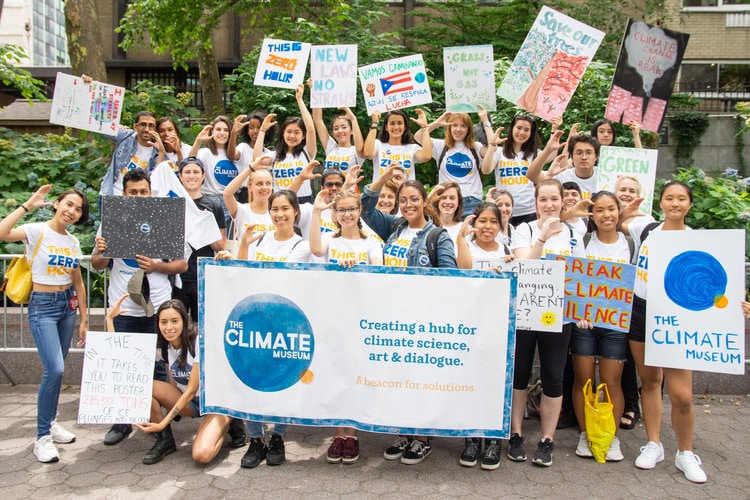 Public engagement is designed to reflect local needs and local adaptation solutions, but Miranda looks forward to when there are more climate museums across the United States: “The more the better, and the more different approaches, the better – because we’re in new territory in dealing with this problem. It takes hundreds of initiatives of different kinds, with people testing, iterating, falling short and making adjustments, to change the conversation. It is changing now in the US for a variety of reasons – and that’s remarkable to see.” 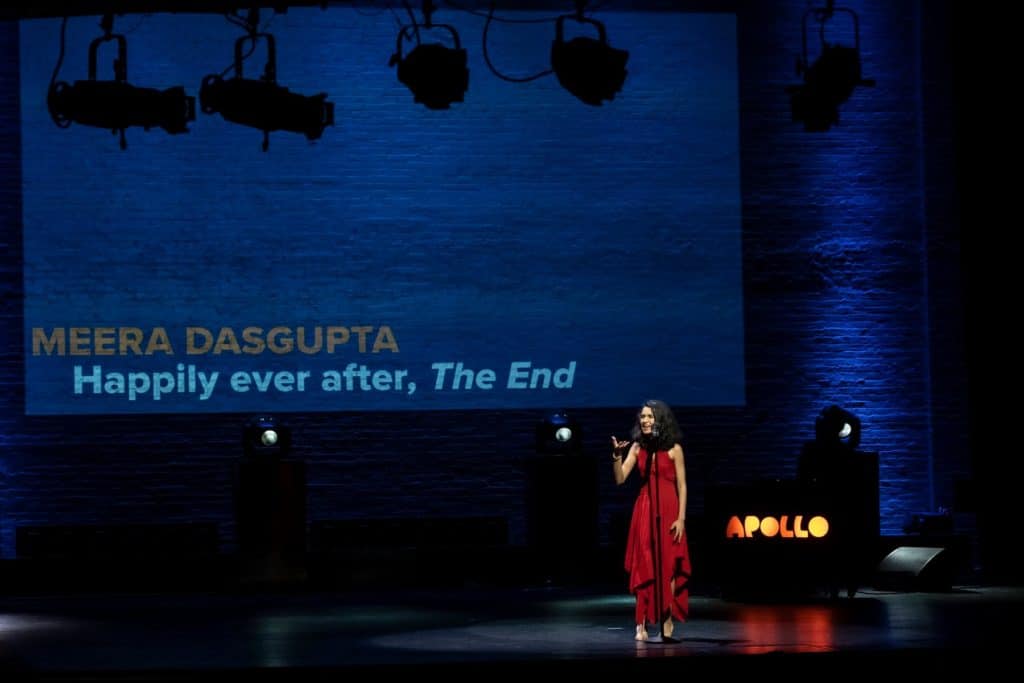 AtlasAction: Start a new conversation about the climate crisis, contact your elected representatives to either thank them for standing up for climate justice or demanding they do so and join the Second Fridays discussion series online.

An alternative Internet is possible

The Internet is broken. But we can fix it with an alternative collection of open, fair and safe alternatives. For...
See more 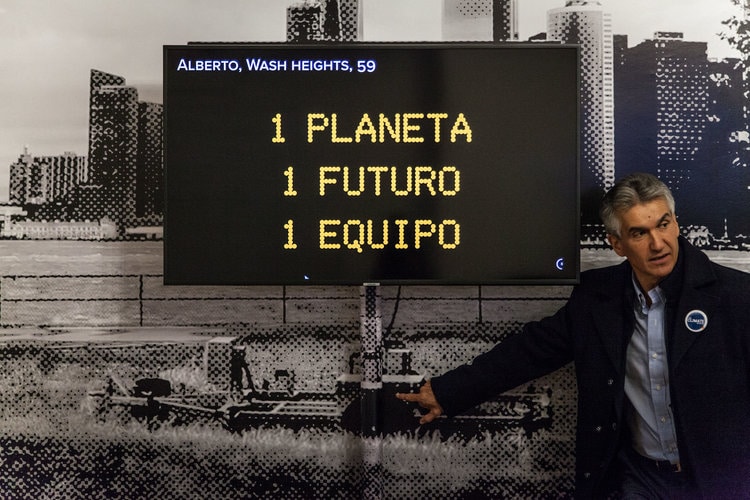 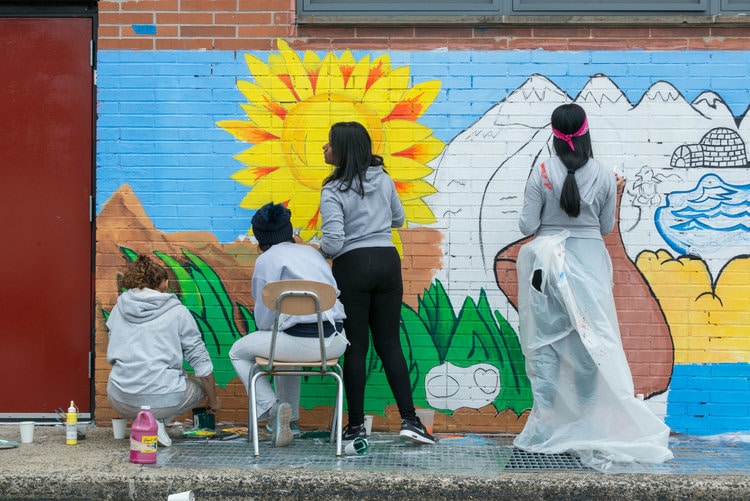 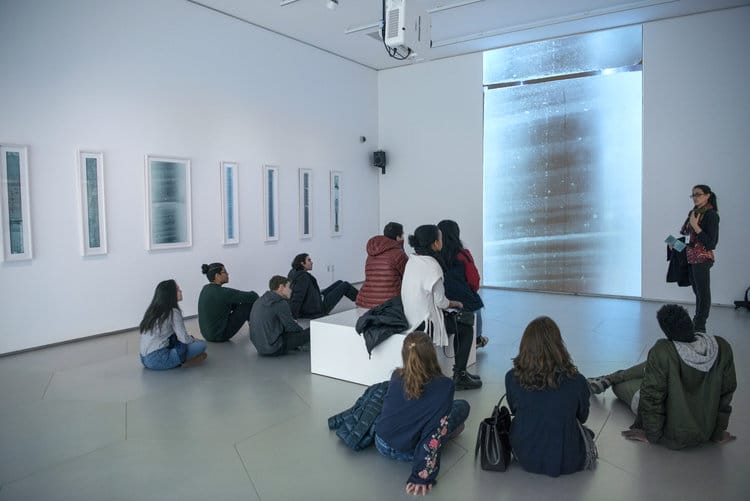 An alternative Internet is possible

The Internet is broken. But we can fix it with an alternative collection of open, fair and safe alternatives. For...
See more