The Internet is broken. But we can fix it with an alternative collection of open, fair and safe alternatives. For example: forget Whatsapp, use Signal.

Back in the nineties it was generally believed that the Internet would grow into an inclusive space for everyone. Although it has changed the landscape of innovation and democracy forever, it’s also fair to say that things turned out rather differently.

Nearly 30 years ago, the Internet became available to anyone with a modem. And so began the start of its public social use. At the same time, Internet pioneer Marleen Stikker launched Waag with researcher and designer Caroline Nevejan. The Amsterdam-based social enterprise is a research institute for creative and open technologies that meet societal challenges. They even launched  Fairphone, the first fair smartphone in the world.

“If you can’t open it, you don’t own it” – Maker’s Bill of Rights motto

With roots in the hacker movement, today Waag is part of the Dutch national infrastructure for the arts and culture. Now it wants us to shape the future of digitalisation – together – to create a sort of alternative Internet. 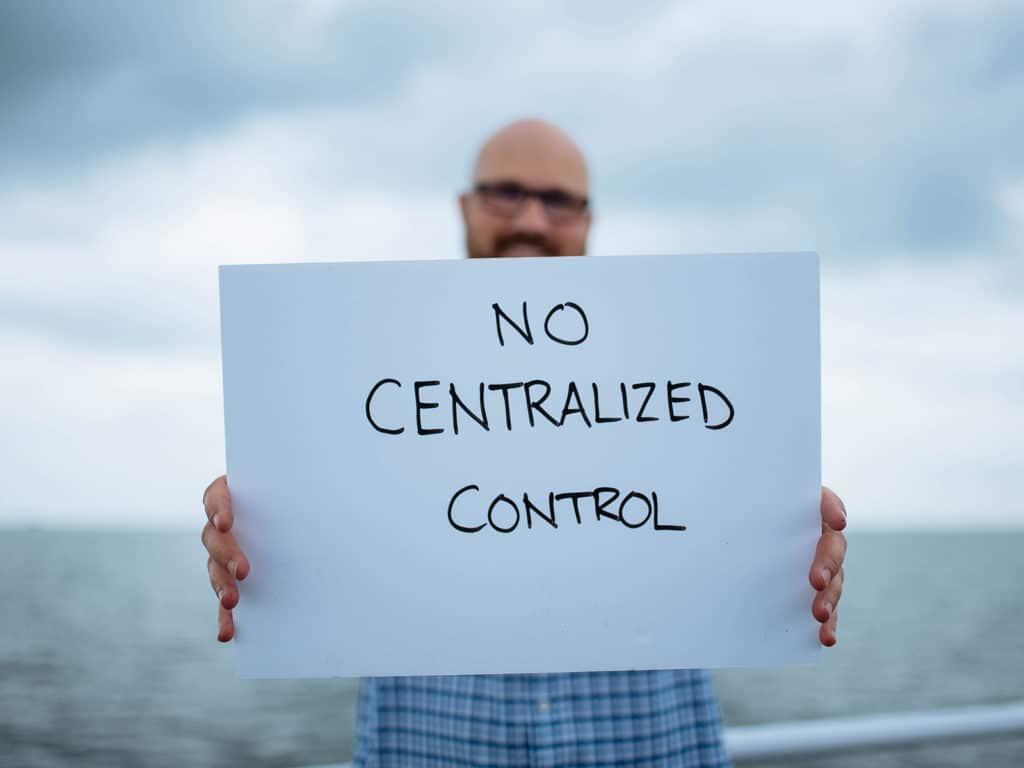 When we talk about ‘the Internet’, we are talking about a web of machines with all kinds of interconnections, based on specific business models and relationships between user and service.

You might use WhatsApp (application) to send a message via your 4G connection (network) from your smartphone (hardware). Here you see different layers of the Internet, which cannot work without each other. It is useful to view the Internet in this way, because it allows us to divide the layers to investigate where it is wrong and which layers of the ‘stack’ can be replaced with alternatives. 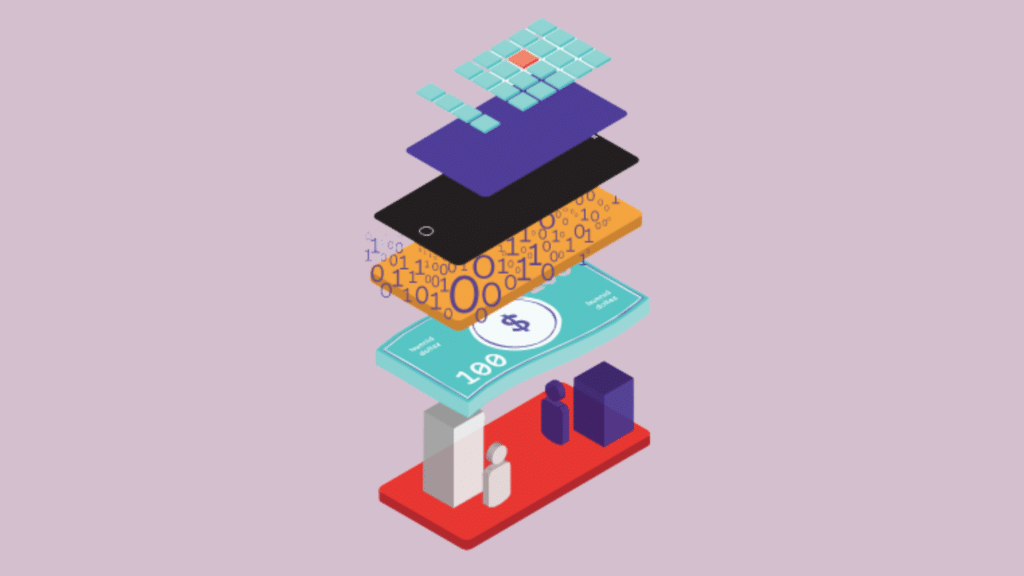 When you look at technology, you see only the outside. You see the screen of your tightly sealed phone or the open tabs in your browser. Those interfaces are there for you, the user: but there’s lots of complexity going on beneath the surface, meticulously crammed into the objects you depend on every day.

For companies, selling you a phone is not enough: they want to know what you do with that phone, to make more money. This agenda means your phone is the result of a ‘private stack’. All the layers work together to achieve the commercial aims of its producer.

Many applications are also the result of private stacks. Often, especially when the app is free to install, it will ask you to agree to a long list of terms and conditions – essentially a contract – which outlines how it may use the data it collects from you. Those uses are manifold, but they have one thing in common: they make money for the developer of the app at the expense of your privacy.

Almost all apps revolve around data mining and behaviour manipulation. We are bombarded on social media and search engines with clickbait, micro-targeting, advertisements and disinformation: the business models of many tech companies are based on spying on users and the reselling and exploiting of their personal data. In addition, the vast majority of online applications are owned by only a few large tech companies. Waag want that to change.

They want us to strive for a Public Stack based on the idea that all these layers should be developed from public values. 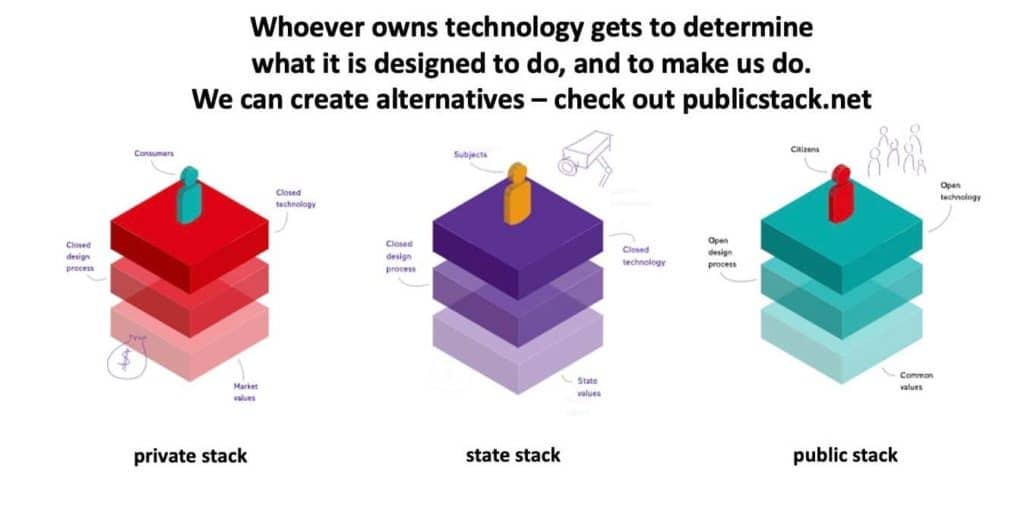 That is why it is actively committed to identifying, developing and supporting alternatives. Like using Signal instead of Whatsapp. Or Raspberry Pi low cost small single-board computers, Wikipedia‘s free online encyclopedia, Apache open source software Mozilla, Linux or OpenStreetMap. And the ethical Fairphone, of course. 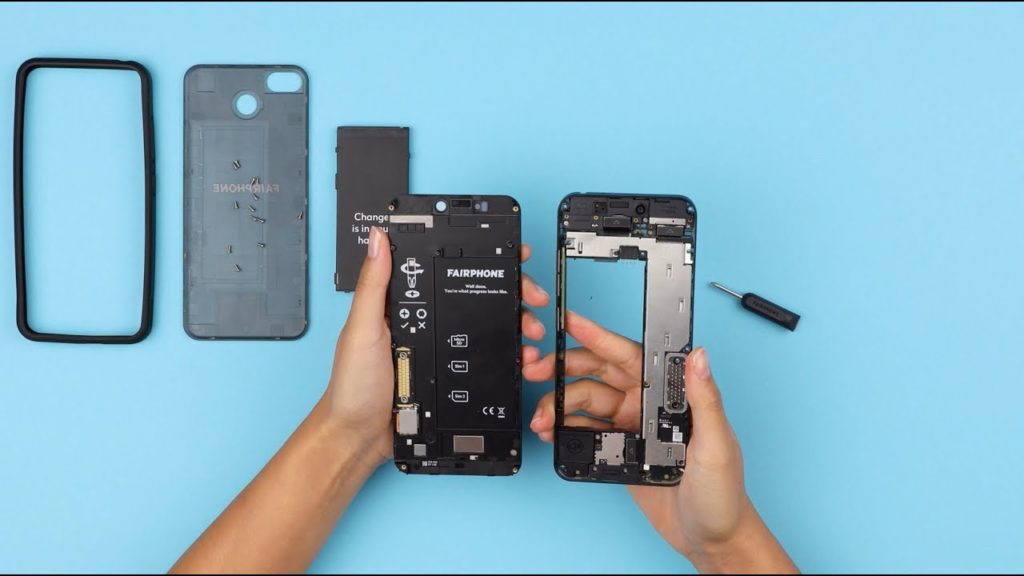 Sander van der Waal is the lab lead: “We are striving for an approach where all of the layers that contribute to technology – the foundational values, the design process, the technology itself, and the ways in which these layers position people – puts public values at the centre of the design process, and asks all the difficult questions, leading to safer technology that doesn’t spy on us or sell our data,” he says.

The public stack is not an easy stack to adhere to, but Waag wants us to try, so they are starting by diving into the essential domains that serve the public interest. “We have put this into practice on a local level in our home city of Amsterdam in the Netherlands, building towards the realisation of the digital public domain,” Sander adds. “Every domain has a role to play, to be part of shared, open, democratic and fair digital public spaces.”

“If you love tech (or even if you simply use it), this project can help you find out how it is owned and financed, because that determines everything.” – Kate Raworth, renegade economist

Building for the Public Stack starts with the many initiatives and technologies that are out there already. And there are many. Technologies, collectives, programmes and initiatives; working on the Public Stack can take many forms. For a large compiled list of technical solutions that are public and open source check ethical.net.

AtlasAction: We can shape the future of digitalisation – together. Visit Future Internet Lab for more information. The lab democratises access to technology.

People have always found ways to use clothes to make a statement. What do yours say?   Birdsong began life...
See more 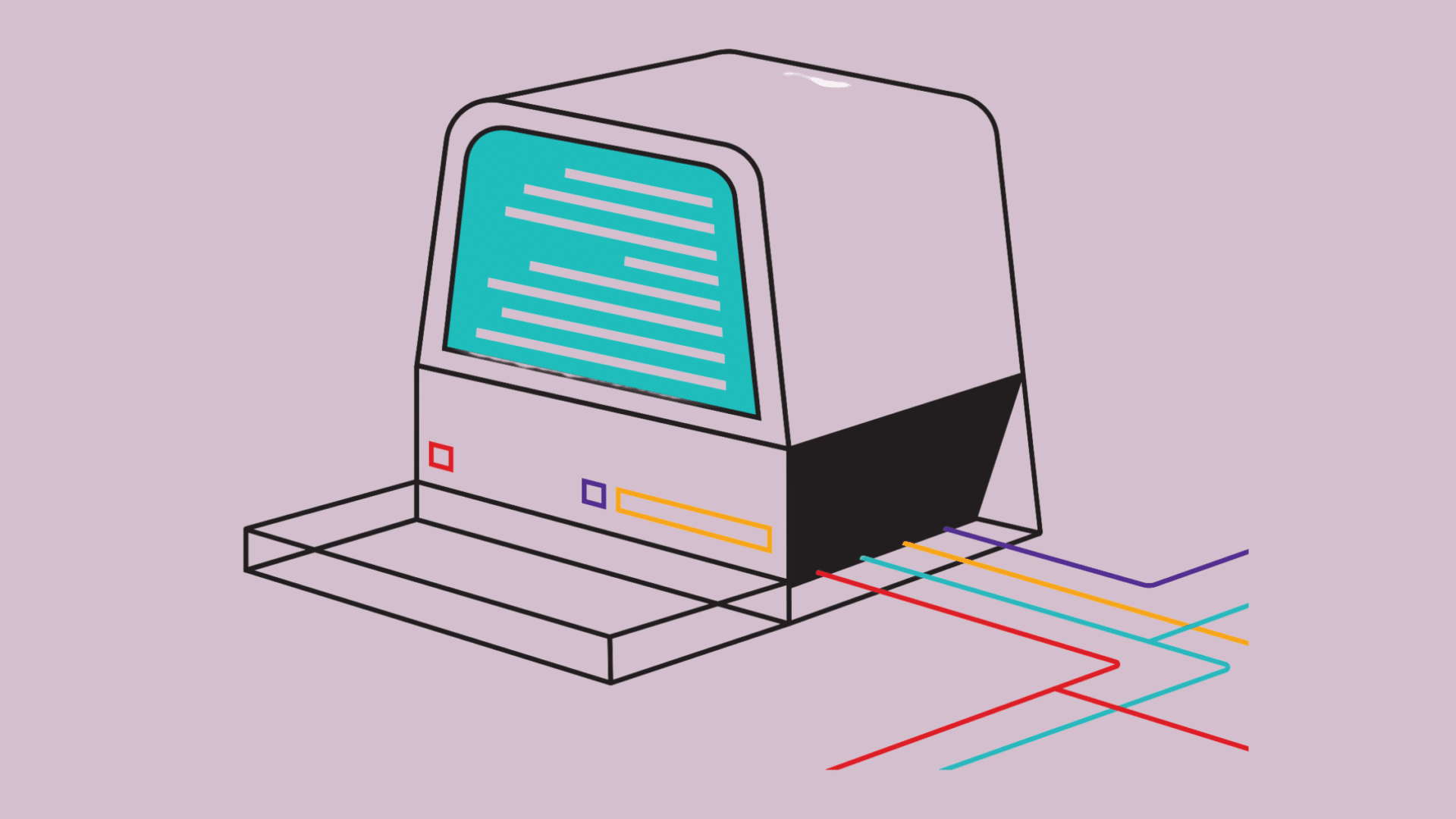 People have always found ways to use clothes to make a statement. What do yours say?   Birdsong began life...
See more