While mobile phones bring huge benefits – such as accessibility to information, ability to set up mobile payments and help with starting businesses – what happens to these devices in many countries in Africa and Asia is anything but smart.

Around two billion mobile telephones are sold around the world each year. Only half a billion are reused or recycled, while the rest end their life contaminating the earth in countries with unsafe and unregulated recycling practices, in illegals landfills, or just hanging around in drawers. These ‘junk phones’ don’t just lead to health and environmental problems. They are also a waste of valuable raw materials in a time when access to tech is still not for everyone.

Inspired by his project bringing mobile phones to Tanzania for reuse, in 2012 Dutch social entrepreneur Joost de Kluijver started Closing the Loop to take on that giant e-waste (electronic waste) mountain – by building a ‘closed loop’ process. Hence the name. Closing the Loop simply buys scrap phones (in collaboration with local partners in Africa and Asia) and sends them in low cost shipments to the best recyclers in the world. “We’re turning waste into a new source of income,” Kluijver explains, “and the reuse of materials such as gold, silver, copper and aluminium is creating awareness about the benefits of responsible recycling.”

For Kluijver, being the “telecom industry’s garbage men” has been eye-opening. The first project saw his team partner with Fairphone in 2014 to collect 3.1 tonnes of scrap phones in Ghana and send them to Belgium. They collaborated with a local businessman offering Ghanaians the opportunity to ship out 65,000 phones to the best recyclers in the world – and get paid 2-5 times a normal salary in the process. Next they expanded to Rwanda, Mali, Zambia, The Gambia, South Africa, Nigeria, Malawi, Cameroon and Uganda. 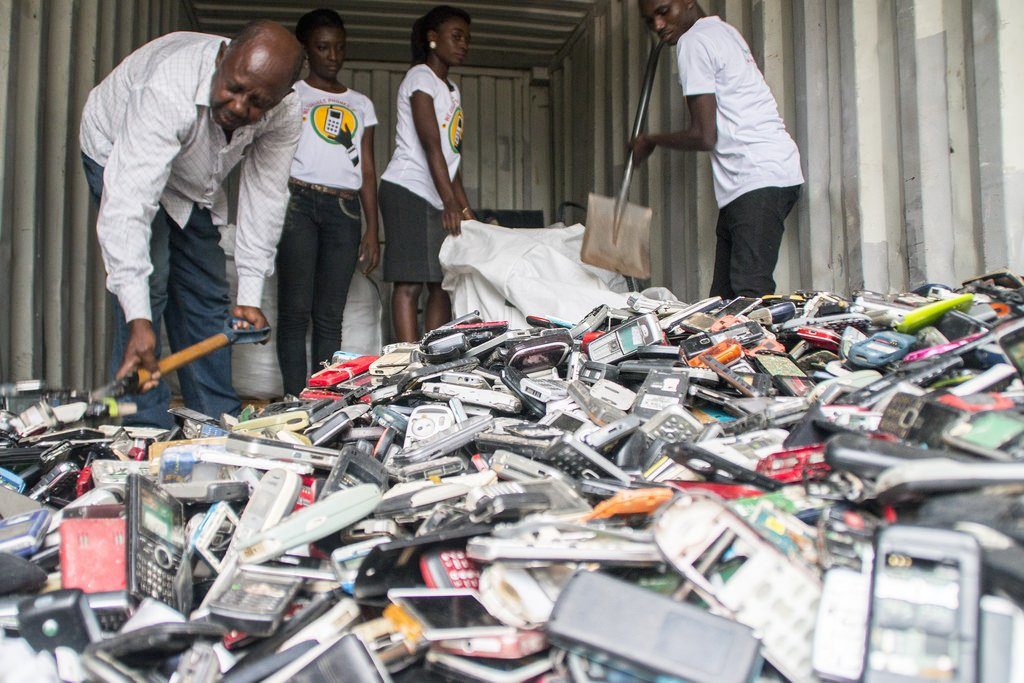 Closing the Loop offers a ‘circular service’ that allows for waste-free reuse. It collects and recycles an end-of-life device for each used device sold on the global market. And here’s the unique part: Closing the Loop collects solely out of countries where electronic waste collection is not formalized – mostly in Africa. This type of ‘e-waste compensation’ had been adopted by organisation across the globe. It has been recognised as a way forward in ‘circularity’, the economic model that aims to prevent waste. Closing the Loop’s work complements, or completes, the work done by reuse firms, also known as IT asset disposition (ITAD) firms. But the 8 year old firm was looking for ways to scale its solution.

Ingram Micro, a global leader in ITAD, saw an opportunity to make e-waste compensation a new standard for the electronics industry. The two organisations are now bringing together the best of two worlds: an inclusive ‘closed loop’ for IT, available at scale.

“While we know the notebooks we recycle internally go through a responsible disposal process, we don’t have control over the disposal of notebooks we resell,” Todd Zegers, global vice president of ITAD at Ingram Micro, states. “So, we decided to take proactive measures to compensate them. By reselling them for re-use and working with Closing the Loop, we’re not only giving the notebook computers a second or third life, we’re also ensuring an equivalent amount of electronic waste is removed from the global waste stream in the event future owners of the notebooks don’t recycle them responsibly – and the devices end up in a landfill.”

“E-waste is often seen as a problem, but it also represents opportunities for making existing IT processes greener, or waste-neutral. Shifting e-waste to where it can be recycled in a responsible manner gives valuable resources a new life, keeping them in the loop of the circular economy,” says Closing the Loop founder Joost de Kluijver.

AtlasAction: For every mobile phone your employees use, Closing the Loop also offer to save one from e-waste dumps. They call this One for One and want the proposition to be normal in the telecom industry. Keen to know more? Watch this documentary on urban mining:

From tights to tables

Swedish Stockings is the first and only sustainable stocking company that is closing the loop by converting its recycled nylon...
See more 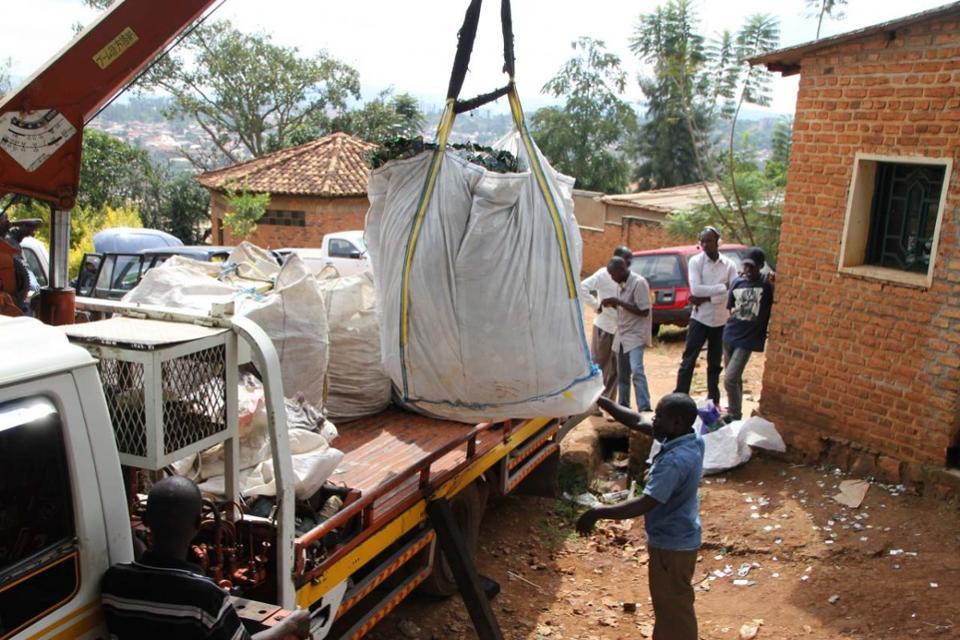 Discarded mobile phones being hoisted onto trucks in preparation for loading into containers in Kigali, Rwanda by workers for collecting in Rwanda 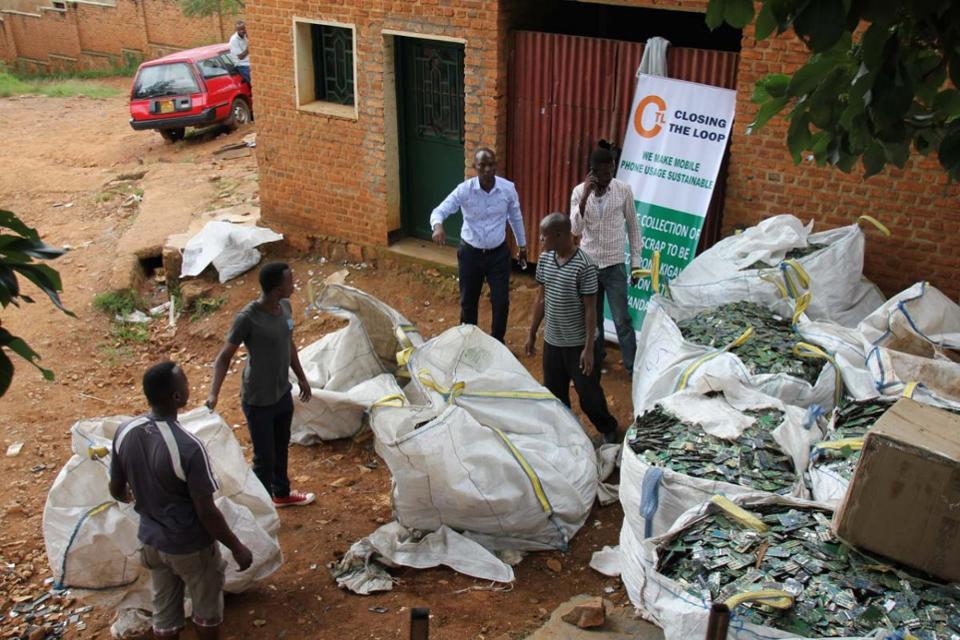 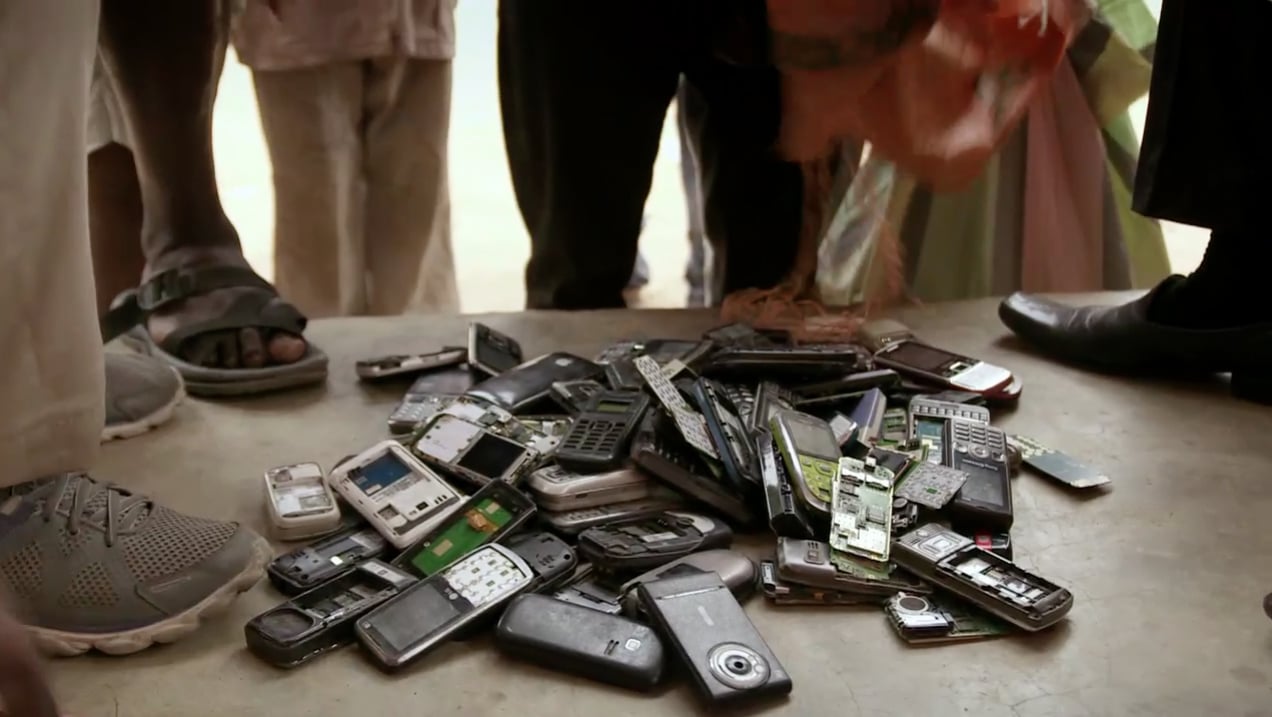 All photos: Closing the Loop

From tights to tables

Swedish Stockings is the first and only sustainable stocking company that is closing the loop by converting its recycled nylon...
See more