Something important is happening in Cleveland: one of America’s poorest cities has a radical plan to remake itself.

Anyone who hears about Ohio’s ‘Cleveland Model’ has an “a-ha!” moment – because it’s oh-so simple, but oh-so effective. Taking into account that opportunity for ownership and participation is a powerful tool for change, the model recognises the unique role cooperatives can play in the creation of community wealth. 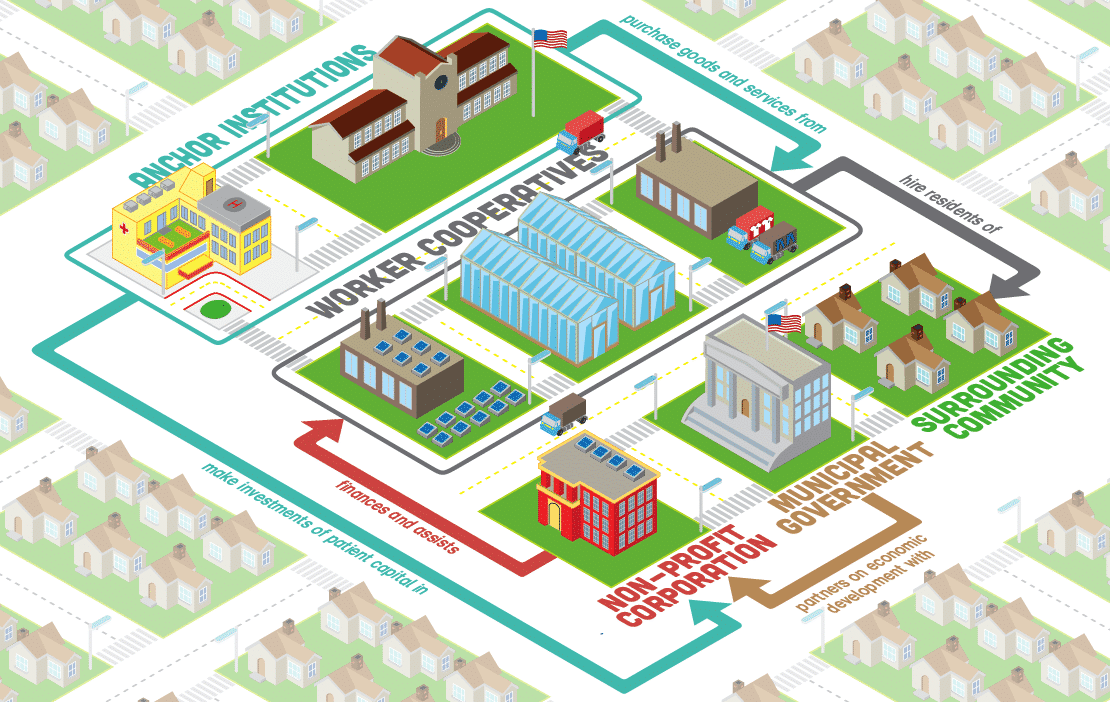 Named after the rust-belt Ohio city where it was developed, the principle is straightforward. ‘Anchor institutions’ – like hospitals and universities – create stable, reliable demand for products and services provided by local employee owned co-op businesses. This, in turn, creates a virtuous circle of job creation: increased municipal tax incomes; civic regeneration, and further investment in more cooperative business. Coupled with a focus on environmental sustainability and investment in green sector jobs, this innovative strategy for community wealth building has seen deprived areas of the city reinvigorated.

Ted Howard may be the founder, but this really is a partnership between many organisations and local institutions. The Evergreen Cooperative Initiative was created in 2008 by the Democracy Collaborative, in partnership with the Cleveland Foundation, the Ohio Employee Ownership Center, the City of Cleveland; and the city’s major hospitals and universities are helping to implement a new model of large-scale worker-owned and community-benefiting businesses.

The initiative is beginning to build serious momentum in one of the cities most dramatically impacted by the nation’s decaying economy. Local residents earn an ownership stake as they create thriving businesses, while playing a transformational role in building vibrant neighbourhoods.

Examples of worker-owned Evergreen Cooperatives include Evergreen Energy Solutions, a single-source contractor for residential or commercial energy-saving needs; Green City Growers, who use a hydroponic greenhouse to produce tasty, nutrient-rich, pesticide-free produce year-round; and Evergreen Cooperative Laundry, one of the few commercial laundry operators headquartered in the City of Cleveland serving local hospitals, hotels and other institutions.

Based on a philosophy pioneered by huge Spanish co-op Mondragon, The Cleveland Model has gone onto demonstrate how the public sector can work in tandem with cooperative businesses to create place-focused economies for everyone’s benefit. Of course, a decent amount of funding (from philanthropy mostly) helps the lessons in recovery to spread across borders.

The success and impact that a simple model has had on Cleveland – and the dignity it has restored to local communities – is truly inspiring. And other cities are taking note, replicating and adapting this innovative approach to economic development, green job creation and neighbourhood stabilisation. It’s being exported around the world, including to Preston, Lancashire in northern England, where creative experiments with public services are paving the way for further innovation. The city has become the UK’s own case study for civic innovation in the face of austerity.

Democracy Collaborative are even working with the UK Labour Party policy folks in to help advance these ideas. Meanwhile, Sarah McKinely, a long standing member of the Democracy Collaborative team who is now based in Brussels, is helping to nurture the community wealth building movement in Europe, having previously worked with indigenous people in the US to use the model to create sustainable economies on reservations.

The Cleveland Model serves to show how co-ops can fit within the economic systems of our cities and places – and how we can harness the fruits of our labour to create prosperity for all. The empowerment and purpose that is unleashed when workers own the organisations they are part of is inspiring. When people are able to take ownership of their own future, amazing things happen. 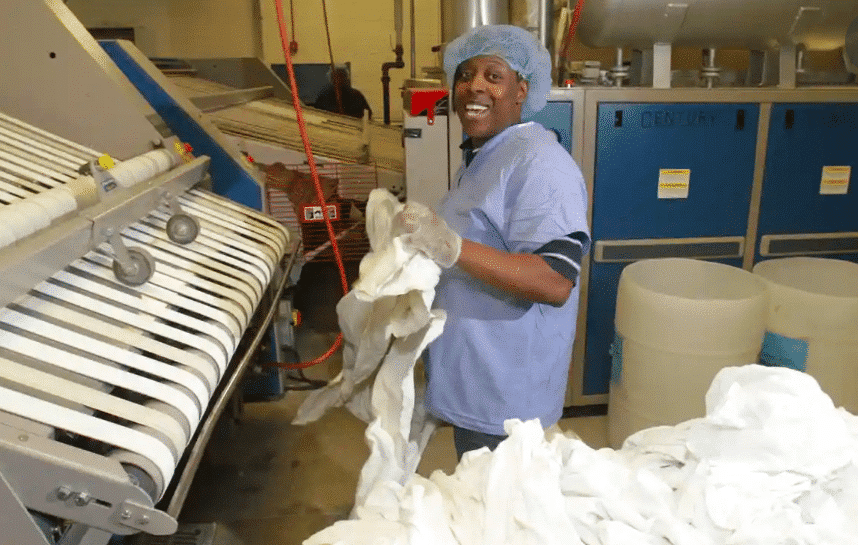 AtlasAction: Learn more about innovations for an emerging green economy and support the model here.

AtlasAgenda: The Cleveland Model features in AtlasChart: 15 rebels with a cause. Democracy Collaborative’s Sarah McKinely will be speaking at Meaning Conference 2019.

“I spend the bulk of my waking life thinking about the news industry and audience engagement. And there’s a particularly...
See more 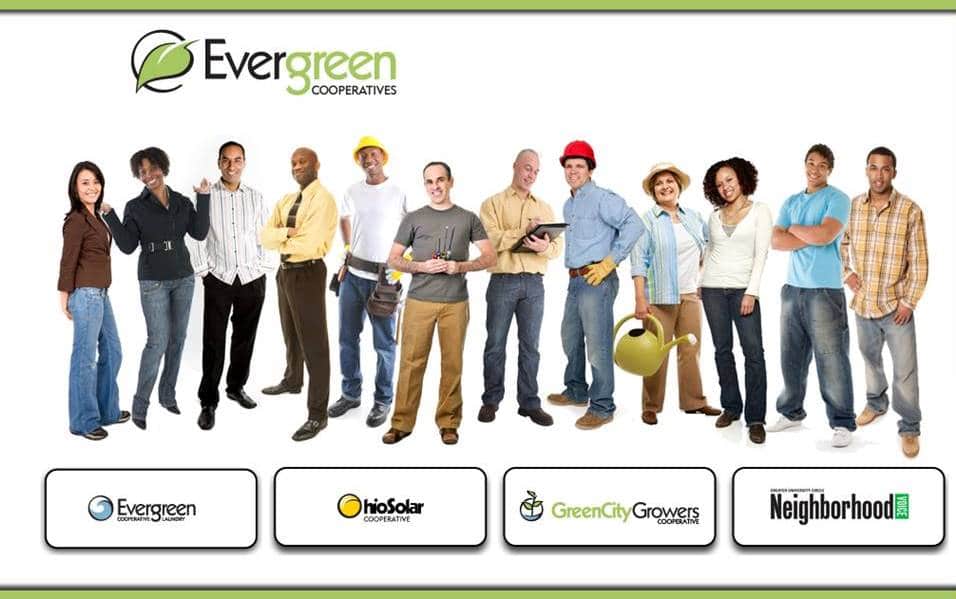 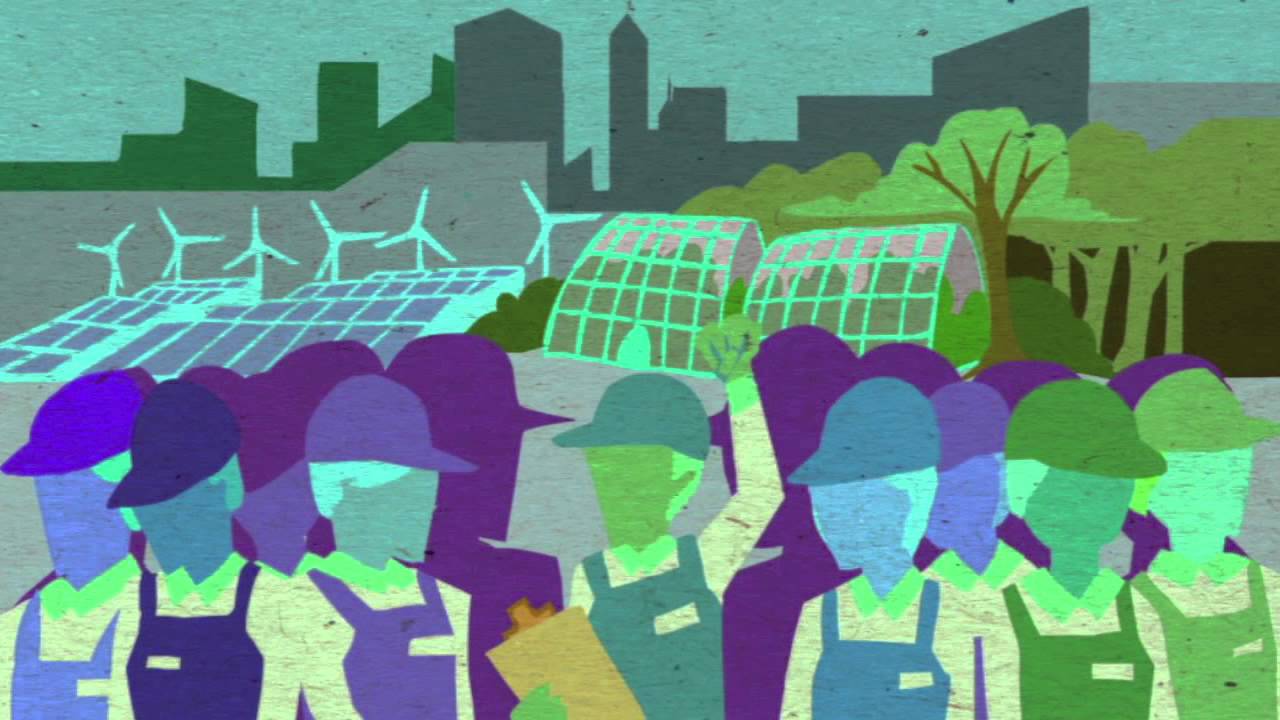 “I spend the bulk of my waking life thinking about the news industry and audience engagement. And there’s a particularly...
See more