“I’m not trying to replace the system, but I think the system is missing an essential component, which is the humanity of being a ‘Camerado’. We believe the answer to our problems is each other.” – Maff Potts

With epidemic levels of loneliness and the breakdown of supportive communities in society, what can we do we take on the enormous challenge of ensuring everyone is listened to and cared about?

A growing social movement called Camerados has a simple, but powerful approach that means that people from Baltimore to Blackpool are coming together to get through tough times by looking out for each other. 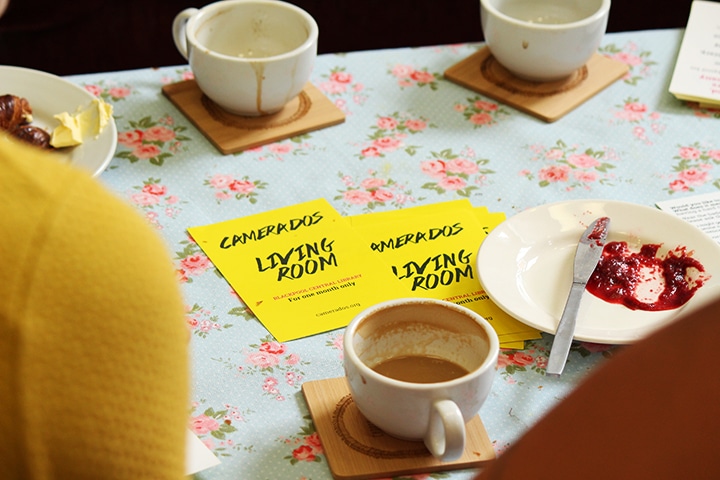 A ‘Camerado’ is somewhere between a stranger and a friend. Liberated from the compulsion to fix a friend’s problems, Camerados can simply ‘be alongside’ each other.

Anyone can be a Camerado anywhere – in the park, at work, on the bus – as the people-powered movement for radical friendship creates public living rooms on pavements and in universities and hospitals; places where life’s challenges can be at their most acute. These are safe havens where it’s okay to “be a bit shit” – places where pressure of achievements and conformity are replaced by shabby furniture and copious amounts of tea; where people of all sorts come together to listen to each others’ stories and be there for each other. Without judgement.

After a career in the charity sector working largely with homeless people, and his own personal struggles with depression, director Maff Poffs decided to make a big change. Rather than continue to operate at the bottom of life’s slippery slope waiting for people to slide down it he would work at the top of the mountain, helping people to not fall off the edge.

Maff was heavily Inspired by the Serbian political activist Srđa Popović and his methodology of ‘Laughtervism’, which helped topple the dictatorship Slobodan Milošević with a philosophy of protest that is laced with humour and rock’n’roll. (Read more about that here and also his book: ‘Blueprint for Revolution: How to Use Rice Pudding, Lego Men, and Other Non-Violent Techniques to Galvanize Communities, Overthrow Dictators, or Simply Change the World’. It’s all kinds of awesome.)

Being silly and having fun erodes fear and creates fellowship. In 2015, Maff founded a “gentle tea drinking revolution” in his bedroom using the name Camerados – and it stuck.

“After years of working with people at the sharp end of life some of us have decided to grow a movement – not an organisation – that creates ideas and places and that enable people to look out for each other instead of turning to ‘the man’, thus creating for each other the two essentials for surviving tough times: friends and purpose. For too long these have been ignored.“ Maff explains. “Without them interventions don’t last and ‘services’ don’t change a thing for the better in the long term. Our approach is low cost with a high failure tolerance and focuses on constant iteration in the field, day by day, with people.”

There are Camerados all around the world. Some are wearing the badge and others are setting up public living rooms in hospitals, on the streets, in universities and market stalls.

The love and compassion embedded in this project is made infinitely more powerful by the fundamental principle of equality that underpins it. There’s something wonderfully human and hopeful in a total lack of hierarchy in public living rooms. It taps into our shared need for belonging and friendship in a way that ‘services’ never could. And the benefits are clear for all involved, not just those who may be in crisis.

AtlasAction: Public living rooms are set up and run by Camerados themselves, so if there isn’t one near you: start one. Join the movement.

AtlasAgenda: Camerados is featured in AtlasChart: 15 rebels with a cause. Founder Maff Potts will be speaking at Meaning Conference 2019 – as well as setting up a public living room for the day.

Something important is happening in Cleveland: one of America’s poorest cities has a radical plan to remake itself.  Anyone who...
See more 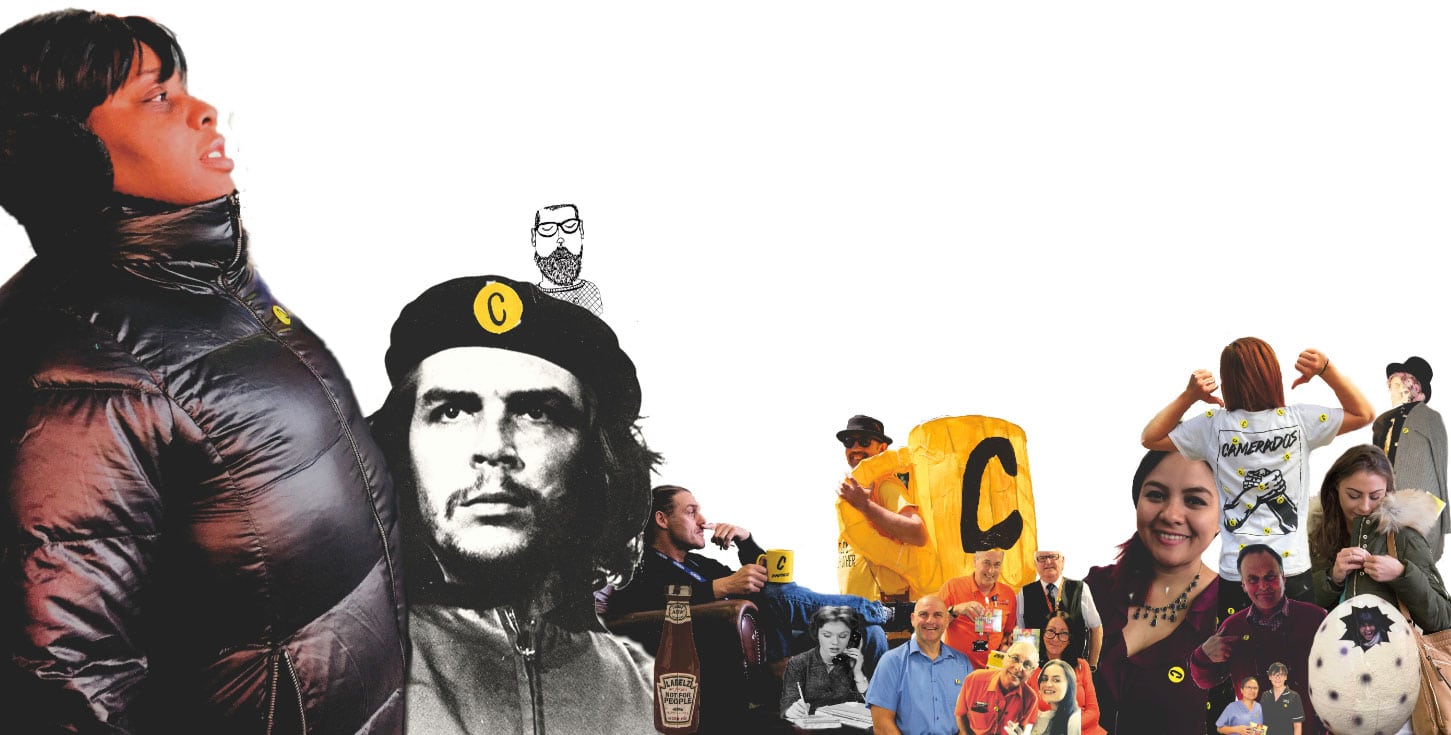 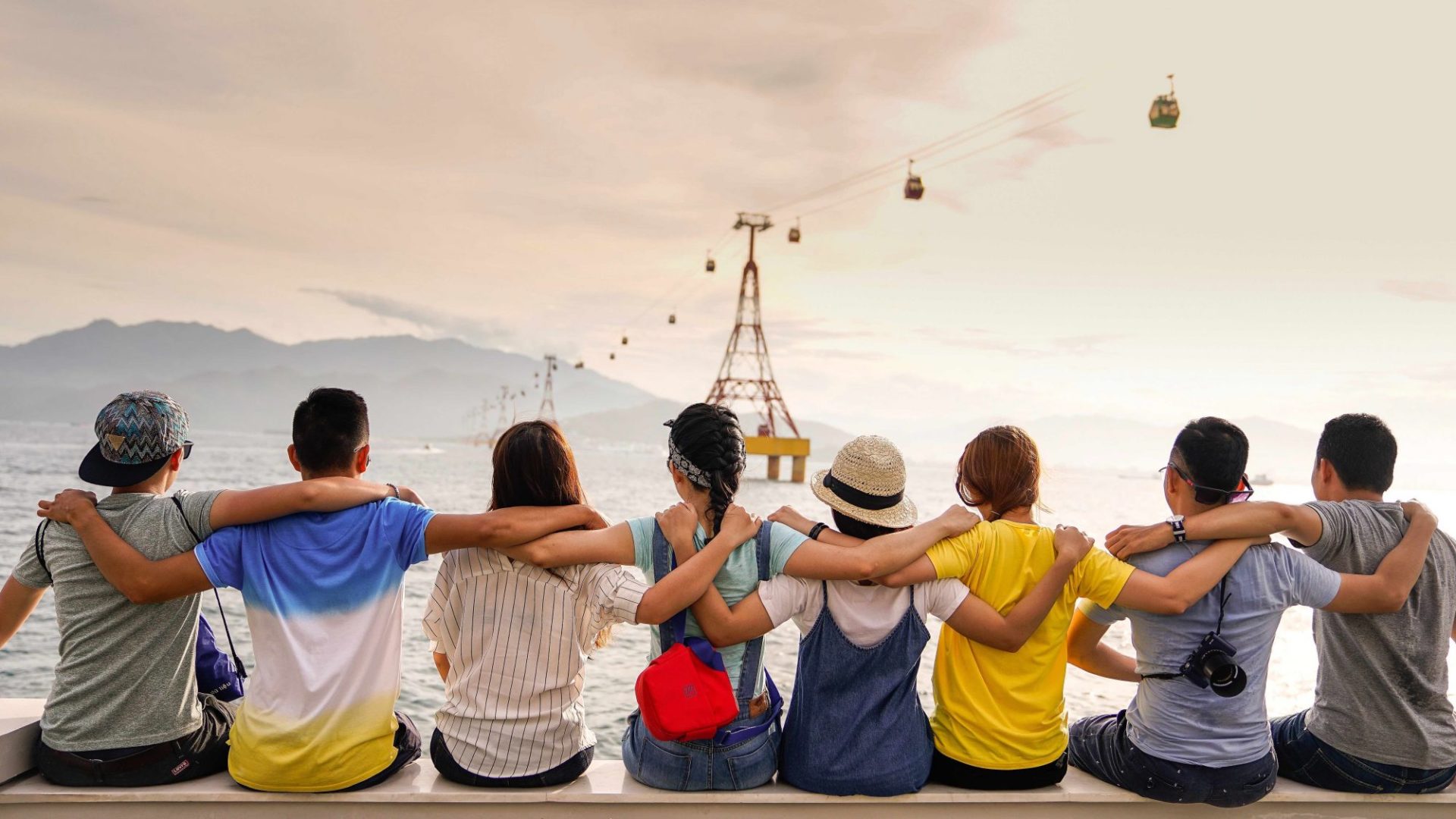 Something important is happening in Cleveland: one of America’s poorest cities has a radical plan to remake itself.  Anyone who...
See more