Soils are the second largest global carbon sink after oceans and great allies against the climate crisis. Yet underground ecosystems are under threat as fungal networks disappear at an alarming rate. Become a myconaut and help SPUN map and protect the world’s underground networks.

Take a walk in the garden. You may not feel anything but below your feet buzzes one of Earth’s most complex ecosystems. Beneath the soil you’re standing on, plants and mycorrhizal fungi are busy strengthening symbiotic relationships, exchanging resources, and facilitating underground communication and transport. It’s a successful partnership: today, between 80-90% of all plant species are plugged into Earth’s fungal networks. 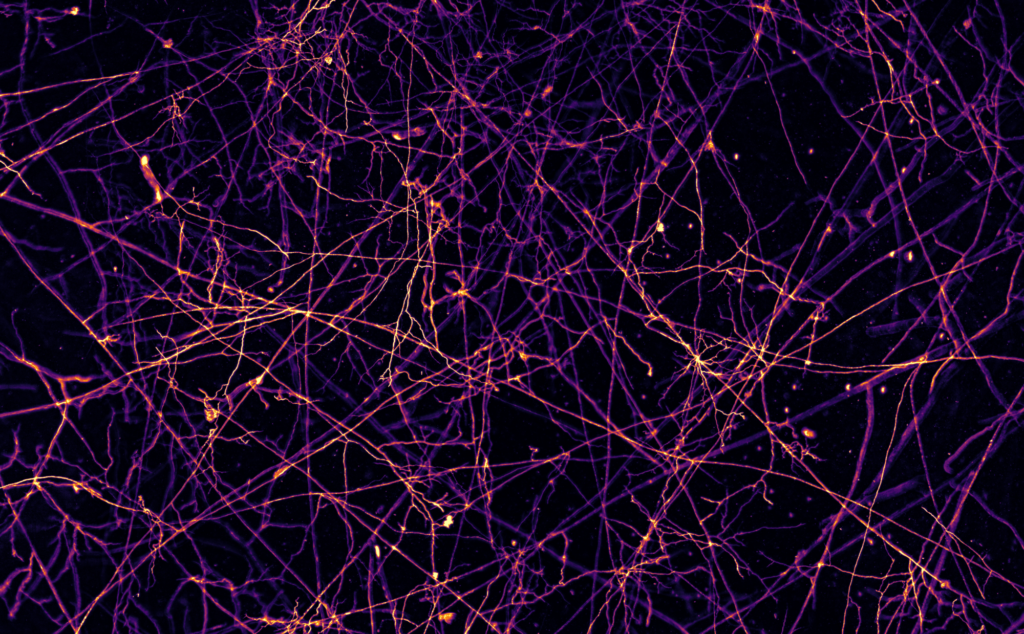 The diverse, largely unexplored Wood Wide Web is also great for Earthlings that live above ground — fungal networks help move and capture carbon and the rise of their partnership with plants some 475 million years ago translated into a 90% reduction in atmospheric CO2 levels. Plus, these ecosystem engineers are some of the planet’s greatest biodiversity champions — they lie at the base of the food webs that support nearly all terrestrial organisms, help prevent diseases and toxicity in plants, and help reduce soil erosion by excreting cement-like biopolymers.

Toby Kiers, co-founder of SPUN (Society for the Protection of Underground Networks) and Professor of Evolutionary Biology at Vrije Universiteit Amsterdam) explains:

“Fungal networks are living systems that sit at the intersection of a complex web of interconnecting agendas, touching everything from climate and carbon markets to Indigenous rights and agricultural practices to decentralised economies and block-chain.” 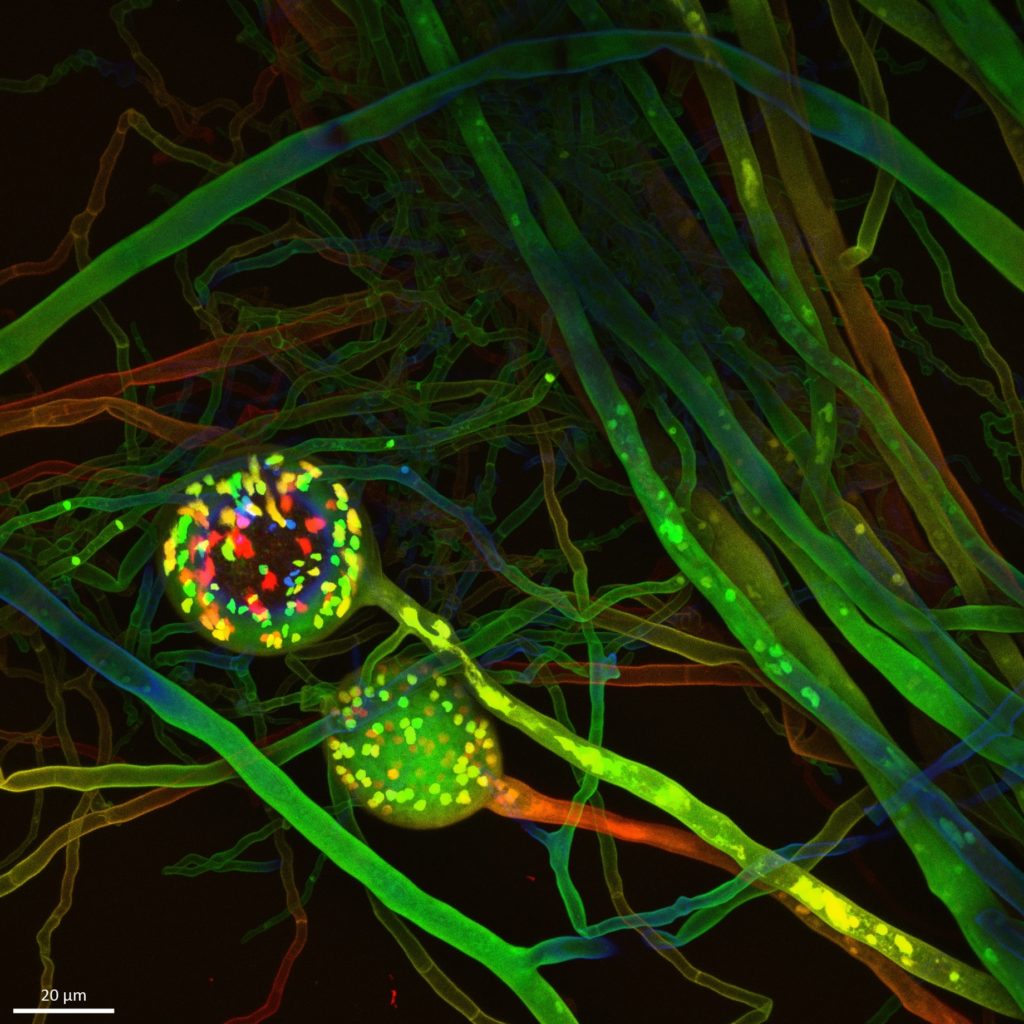 Today, human activity is threatening this complex, delicate system by drastically disrupting its habitats and climate. In a classic Anthropocenic move, deforestation, agriculture, urbanisation and climate disruption are destroying mycorrhizal networks and hindering their ability to support life on Earth. Toby tells us that “as we destroy trillions of kilometres of network every month, we lose access to a vast nutrient capture system that can reform agriculture, forestry, and carbon capture.”

Yet this devastating loss is “largely undocumented” because unlike other sensitive habitats like coral reefs, fungal networks are invisible. “Because they have been hidden, they have been absent.”

That’s why she and ETH Zürich senior Scientist Colin Averill co-founded SPUN, a massive citizen science project set to create the world’s first global map of underground networks and advocate for the protection of the coral reefs our soil — for everyone’s good.

“We founded SPUN to bring together researchers, activists, and global communities to accelerate the underground climate movement, and drive innovation into fungal-first climate solutions.”

To build the largest database of fungal network diversity ever assembled is a team effort. SPUN is collaborating with GlobalFungi, Global Soil Mycobiome Consortium, the Crowther Lab, researchers, and local communities across the globe to train a generation of ‘myconauts’ — underground explorers that will map the biodiversity of the earth.

Together, they’ll spend the next 18 months collecting 10 thousand fungal DNA samples across diverse ecosystems of the globe. Toby says underexplored regions and those facing increasing threats from land-use change will be prioritised. Eventually, all data collected by the myconauts will be published in an open-access global database.

Toby also hopes that SPUN’s research will help improve existing planetary models of the Earth’s ecosystem. “Currently, these models are missing key soils data on inputs of fungal networks to climate and carbon and nutrient cycling. Long term, we are planning to develop data sets that can help fill these gaps.” 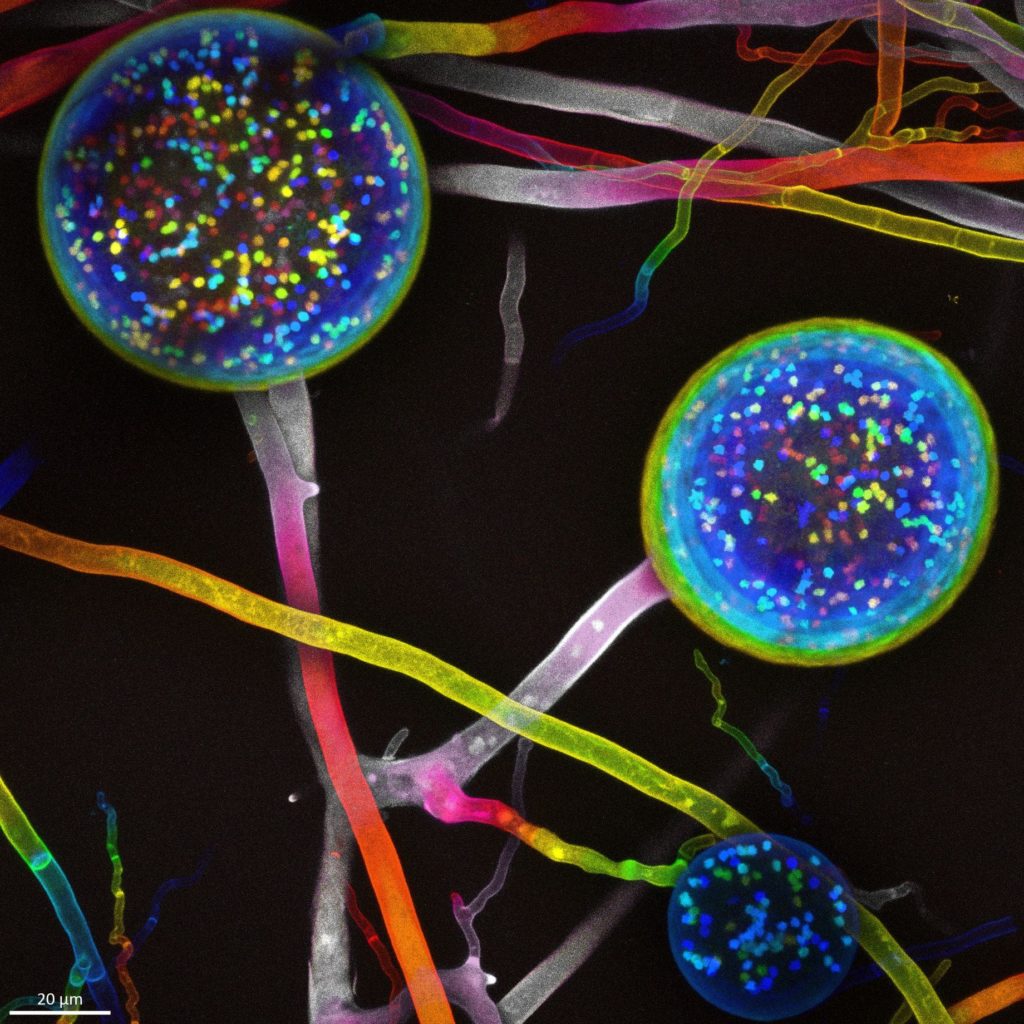 Toby says that although fungal networks face an uncertain future, mushrooms saw a recent surge in interest. Young people are among the most vocal groups in demanding urgent climate action and want to participate in the decision-making processes that impact their futures. SPUN Youth amplifies young voices to protect underground ecosystems and seeing them participate in the climate march in Amsterdam in November 2021 was “one of the best moments” Toby experienced while working on SPUN:

“People would stop them and ask, “why are you marching for fungal networks?” and these clever kids would explain how fungal networks can help us draw down CO2 from the atmosphere. Seeing them express these ideas about the role of soil made me realise we are on the verge of an underground climate movement.” 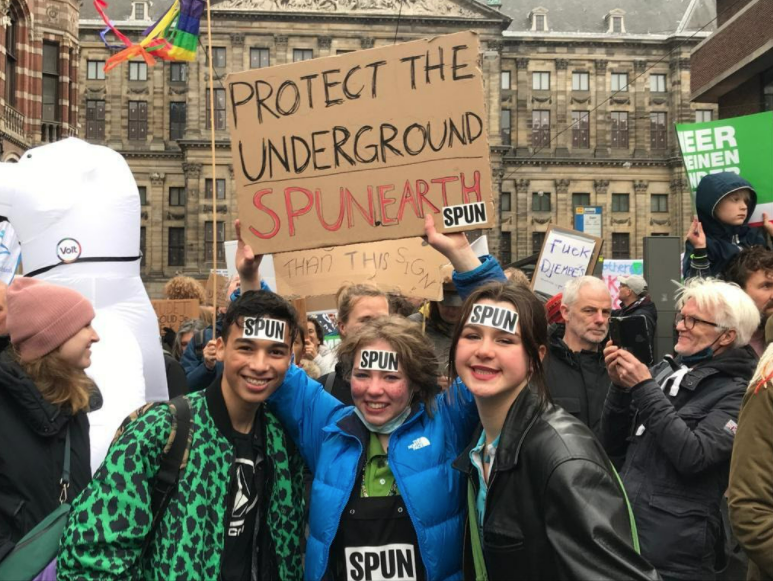 AtlasAction: Anyone can become a myconaut. Join the underground climate movement and help protect fungal networks. 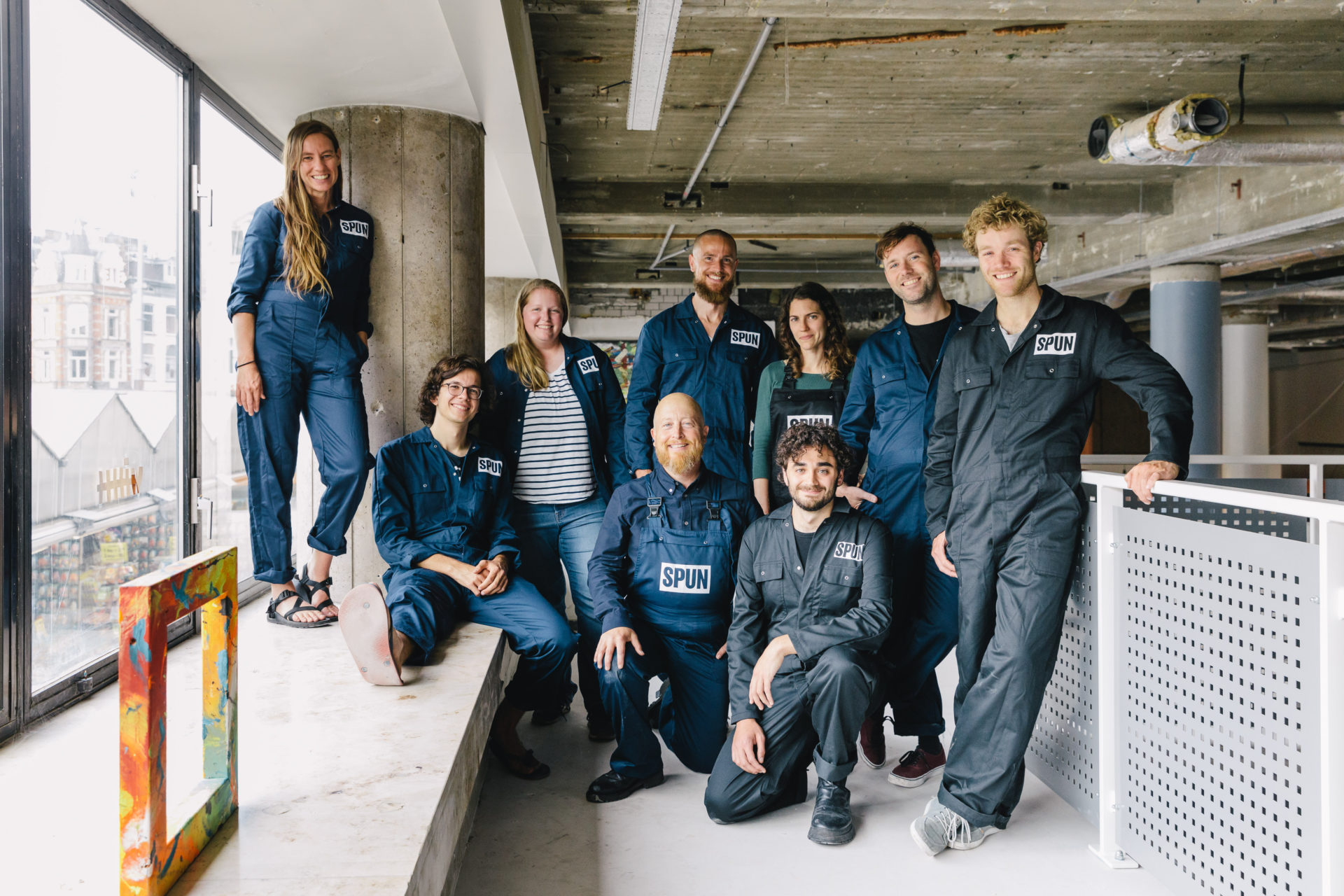