Women are disproportionately impacted by electricity poverty. Studies have shown that the lower a country’s electricity access rate, the higher its gender inequality index. In addition, 85% of the 2 million deaths caused annually by indoor air pollution from burning fuels are deaths of women and children. 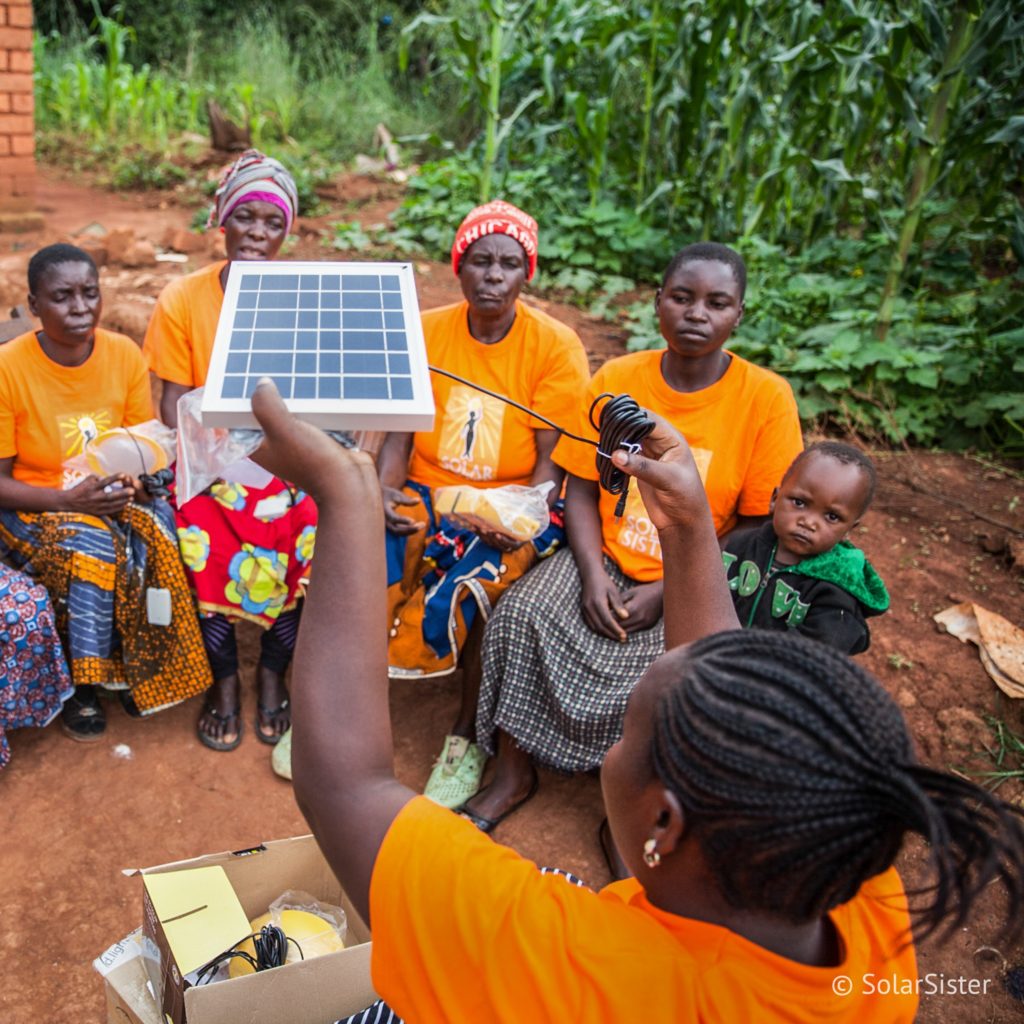 However, it’s not all grim news. When women are involved in distributed renewable energy solutions, the benefits are far-reaching. For example, in Tanzania, women with solar lanterns had more decision-making power and respect in their households and communities. An impressive 83% of women with solar lanterns reported increased control over financial decisions, 70% felt more respected in their household, and 64% felt more respected in their community.

The women-led organisation Solar Sister knows first-hand that climate change is a justice issue and so they have decided to put women at the centre of the solution. Founded in 2009 and working in Nigeria, Tanzania and Uganda, they train local women entrepreneurs to deliver clean energy directly to homes in rural communities, supporting them to build sustainable businesses. They provide 12 months of business training to each entrepreneur, and they also provide other professional development support, such as support in upgrading to first-level smartphones and other digital skills. 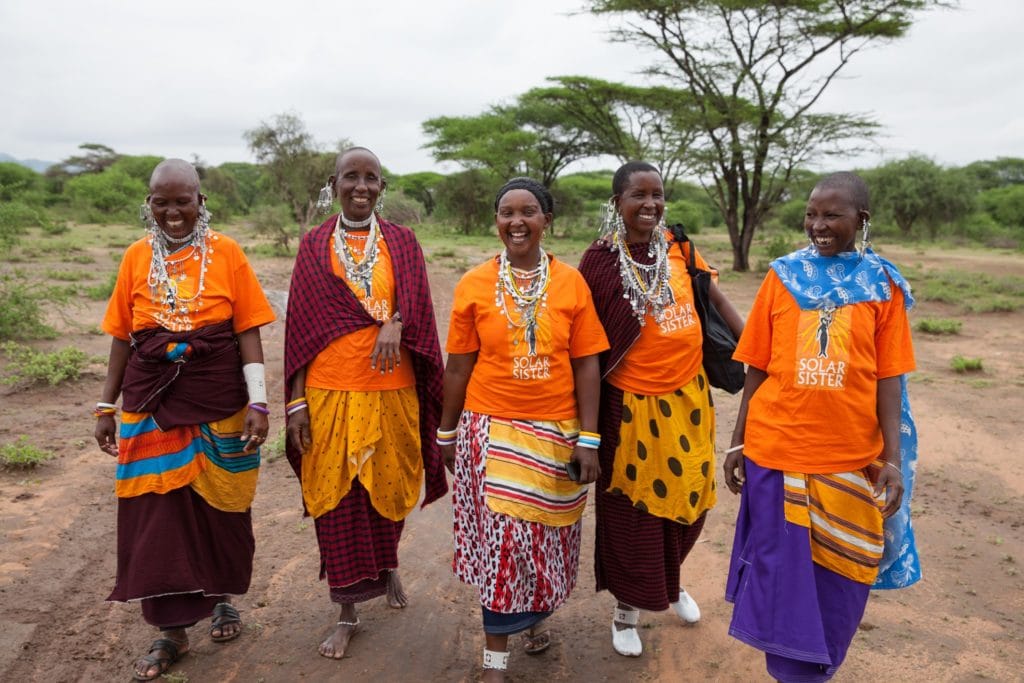 Solar Sister uses a network of local women entrepreneurs as the distribution network for solar lighting products and stoves, which works to solve two challenges: how to reach remote, hard-to-reach, underserved, overlooked communities (through a last-mile distribution approach) and how to build enough trust so that households will shift from unhealthy kerosene to solar.

By using a local network, with 86% of the businesses run by women, Solar Sister is able to explain the benefits and experiences on daily life to those who are interested in adopting solar lights. As CEO and founder Katherine Lucey says, local women entrepreneurs are “able to explain to another woman what the benefits are, and the customer will trust her because she knows her. The strength and the backbone of Solar Sister is this local women-to-women network.” 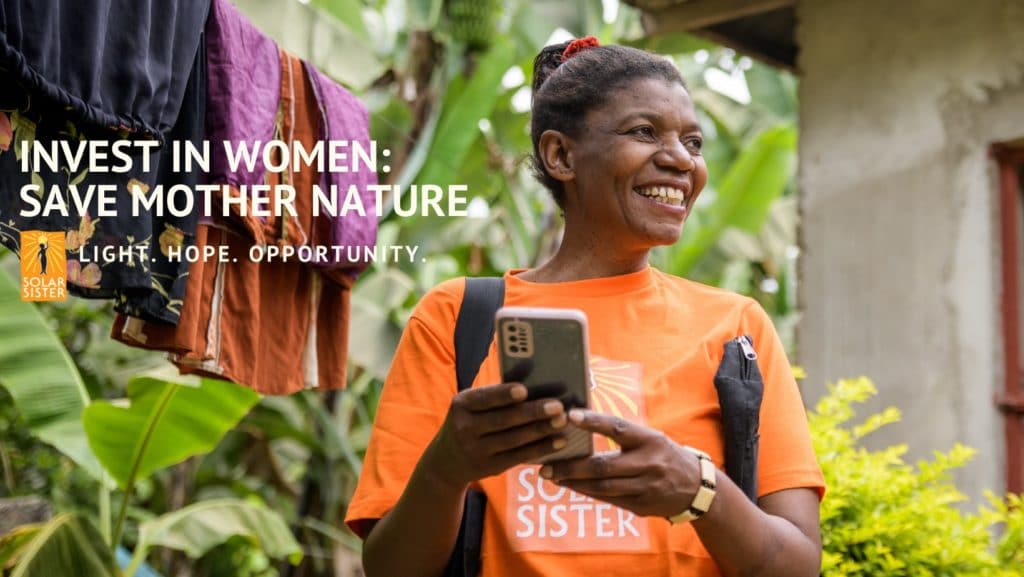 The adoption of solar power can have life-changing impacts. A 2017 report on the project found that many people reported negative health effects due to using kerosene, while after solar was installed not only were these impacts reduced, but 94.2% of participants explained that their children’s academic performance increased since their households starting using solar.

As the report states, “Solar lanterns give families the time and opportunity to do more every day, opening doors to additional educational and business ventures. Solar lanterns create a positive cycle of economic growth that can revolutionise a family’s financial well-being. At the same time, solar-powered lighting protects the health of each person in the household and spurs intrinsic changes in women’s self-image and perceived agency.” 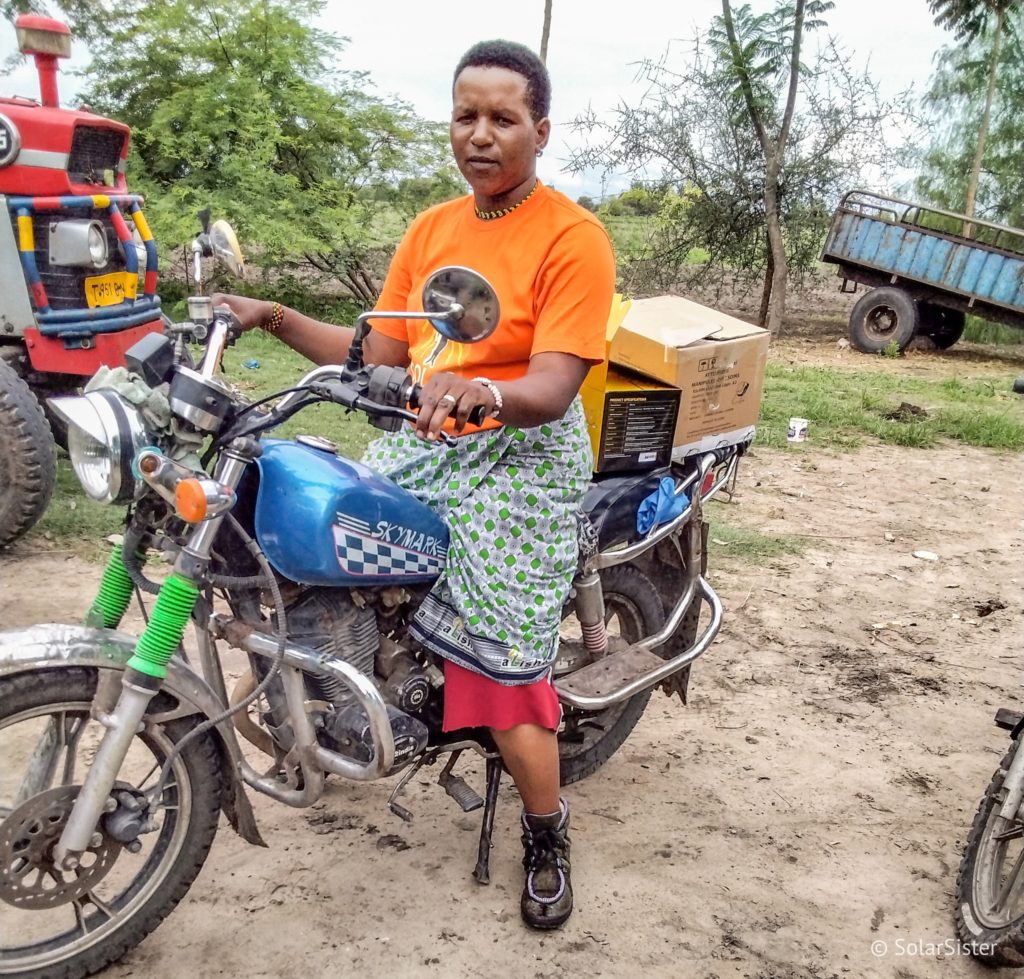 Joyce Noah Mollel: “My proudest moment as an entrepreneur was when I paid my children’s school fees through profits I made without asking my husband for it.”

Climate justice is at the heart of what Solar Sister does, as they support those in the front lines of climate change. As Katherine says, “We have seen the success of what happens when you give a woman economic opportunity, and she takes it, and she invests in her family and her life, and it changes the woman’s view of herself. It changes her standing in the family, it changes her standing in the community, and has this incredible positive impact at all levels.”

Youth activism is on the rise, thanks in part to the actions and visibility of people like Greta Thunberg and...
See more
Share this project

Youth activism is on the rise, thanks in part to the actions and visibility of people like Greta Thunberg and...
See more