Imagine if you could donate clean air to the city simply by buying a ring or set of cufflinks? But this black bling is filled with smog pollution from factories, cars, or rubber from tyres.

You know what they say: when life gives you lemons, make lemonade. If it gives you smog, make diamond rings… 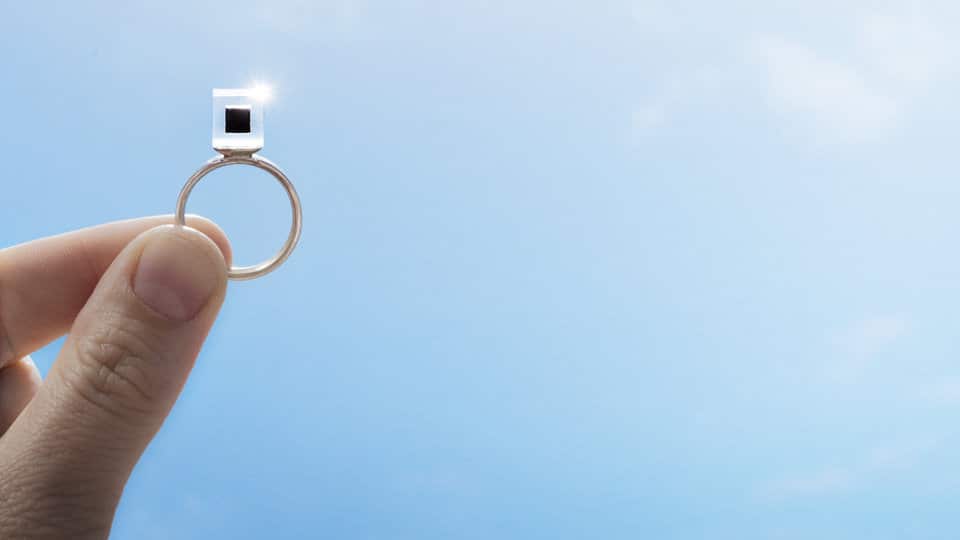 Quirky Dutch artist Daan Roosegaarde believes that good design isn’t about luxury items, but about clean air, water and energy. He was inspired to create Smog Free Project after looking out his hotel window in Beijing and realising he simply couldn’t see the city, describing China’s chronic smog as “a horror”.

So he decided to commit to a better future – by putting a ring on it. 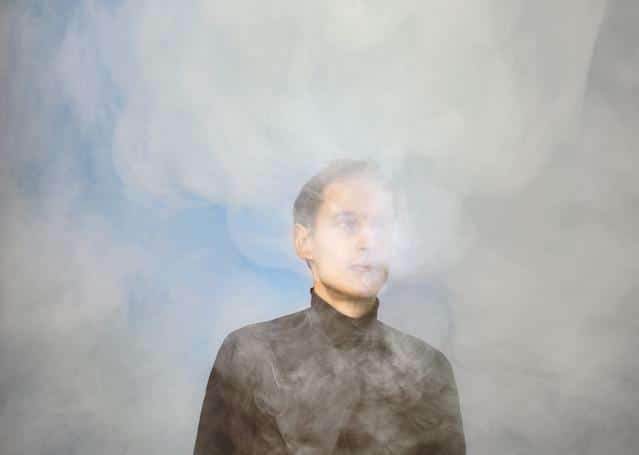 “I’m a voluntary prisoner of my own imagination,” he tells us, “and get joy out of making new dreams for a better world.”

With his social design lab Studio Roosegaarde, Daan is providing creative local solutions to clean air in public spaces with a series of urban design innovations that reduce pollution, while providing an original experience of a clean future.

An estimated 800,000 people die prematurely each year in Europe due to the effects of air pollution. So the studio started by building the largest air purifier in the world. The solar-powered, seven-metre tall Smog Free Tower sucks pollutants out of dirty cities, filters them and returns clean bubbles of breathable air through vents in its six sides. It’s no wonder it’s been compared to “a giant vacuum cleaner”.

The tower’s filtering unit uses ionic filters to charge and remove particles of smog, cleaning 30,000 cubic metres of air an hour (approximately the size of 100 swimming pools) through a patented ionization-technique, which is similar to hospitals’ air purification systems. This form of filtering captures even the smallest particles from the air and doesn’t create ozone in the process.

In September 2015 Roosegaarde created clean air zones in cities by taking the super-sized filtering tower to Rotterdam, before going on to Mumbai and Beijing in 2016, both cities that suffer from very poor air quality. A study by Eindhoven University of Technology showed that Roosegaarde’s creation effectively reduced pollution up to 45% within 20 metres (65 feet).

Today the Smog Free Project has successfully opened in more cities in China and Poland with the support of the respective governments. A Smog Free Tower was also revealed at the International Architecture Biennale Rotterdam and the project will continue to travel to more polluted cities around the globe  – bringing together governments, NGOs, the cleantech industry and ordinary citizens to bring awareness to cities so they get inspired to create more smog free solutions. They eventually want to take the tower to Mexico City, Paris and Los Angeles.

“We will continue to develop our clean air journey with new smog free innovations to be released in the coming years. We can wait – or we can participate.”

Although it offers a refreshing approach to a global problem, and has received worldwide recognition and awards, the smog-sucking tower has limitations as a solution to environmental issues on a large scale – partly as the filters are so expensive (the cost hasn’t been disclosed). “The only way to stop smog is to stop making smog.” However, the artist is building awareness of the pollution problems in booming cities, to inspire designers, non-profit leaders and policymakers to think of more solutions to the air-pollution problem.

To close the waste cycle completely, the studio is making Smog Free Jewellery, which is exactly what it sounds like. Under high pressure, carbon becomes a diamond. As nearly half of the fine black pollution powder collected by the towers is carbon, the team can create and sell high end jewellery, which supports the creation of more towers. With each piece, you donate 1000m3 of clean air to the city.  The studio have also discovered how interesting it is to compare the various cities’ smog under a microscope, as they work as a “social scan”.

Daan’s team don’t want the towers to be a one-off, artistic project. They have also created the Smog Free Bicycle, an idea that came from a workshop the studio hosted in Beijing. It’s possible to cycle and clean the air as the air-purifying bike inhales polluted air, cleans it, and releases clean air around the cyclist.

Studio Roosegaarde’s vision is not limited to Planet Earth. Together with his team of designers and engineers, Daan is developing a larger programme tackling the smog of the universe: Space Waste will investigate how to recycle floating space waste into sustainable products.

“I believe our current urban problems are caused by bad design – and creativity should lead the way out of it. There isn’t a lack of money or technology. There is a lack of imagination,” he adds. “The future is clean air, clean water and clean energy. We are all makers and can take action.”

Despite being born over a thousand years before the invention of the computer, Saint Isidore of Seville is considered the ‘Patron Saint...
See more 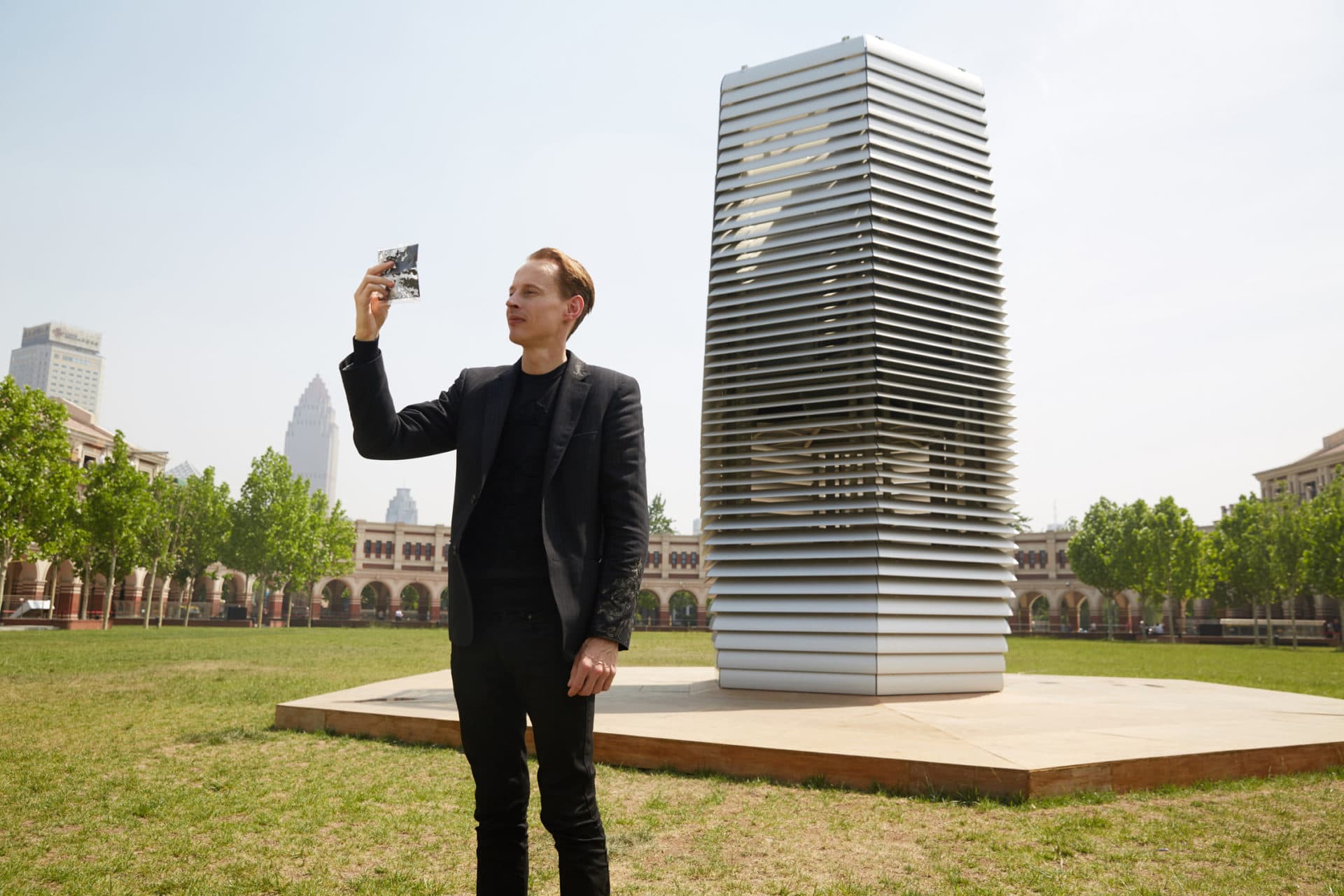 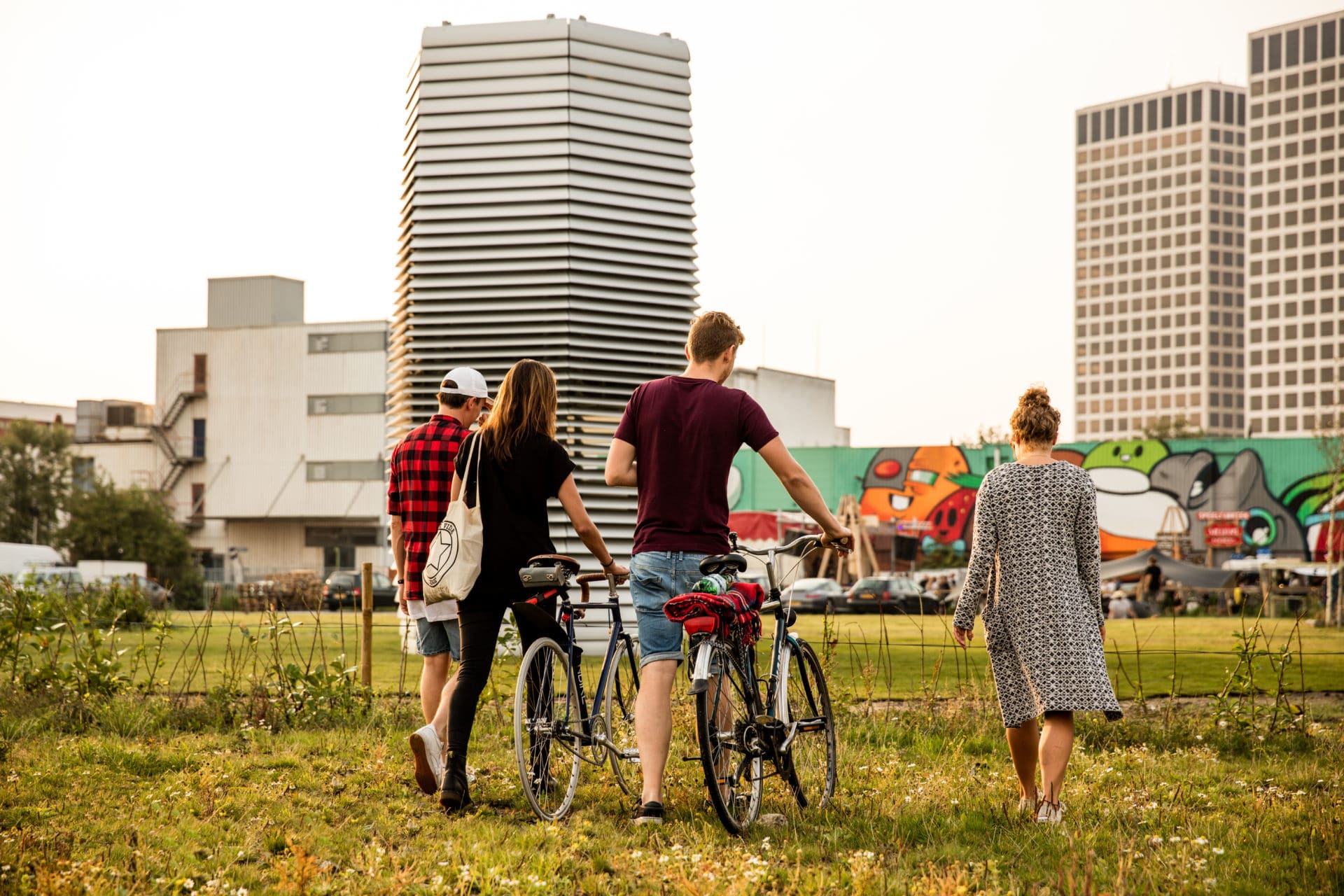 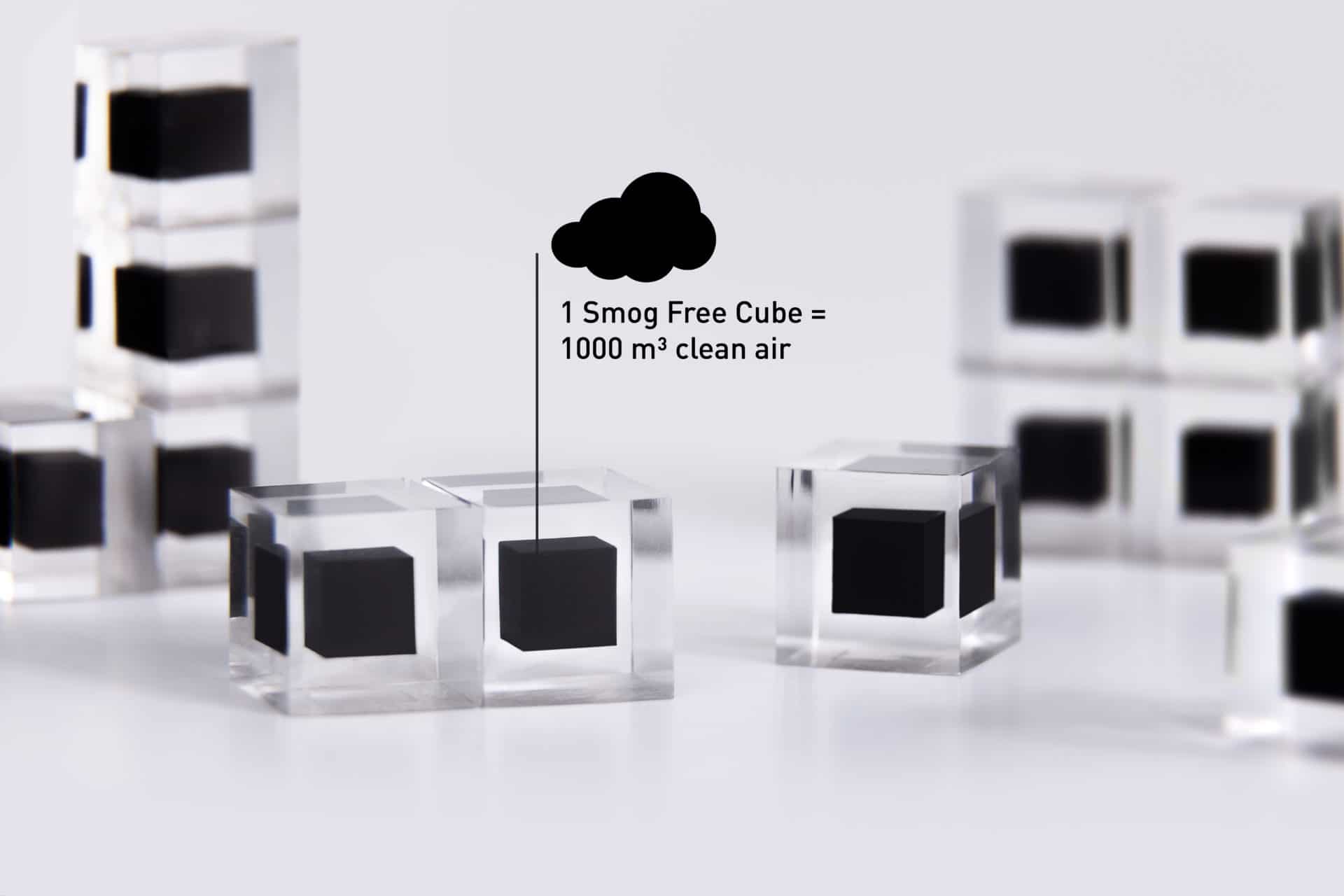 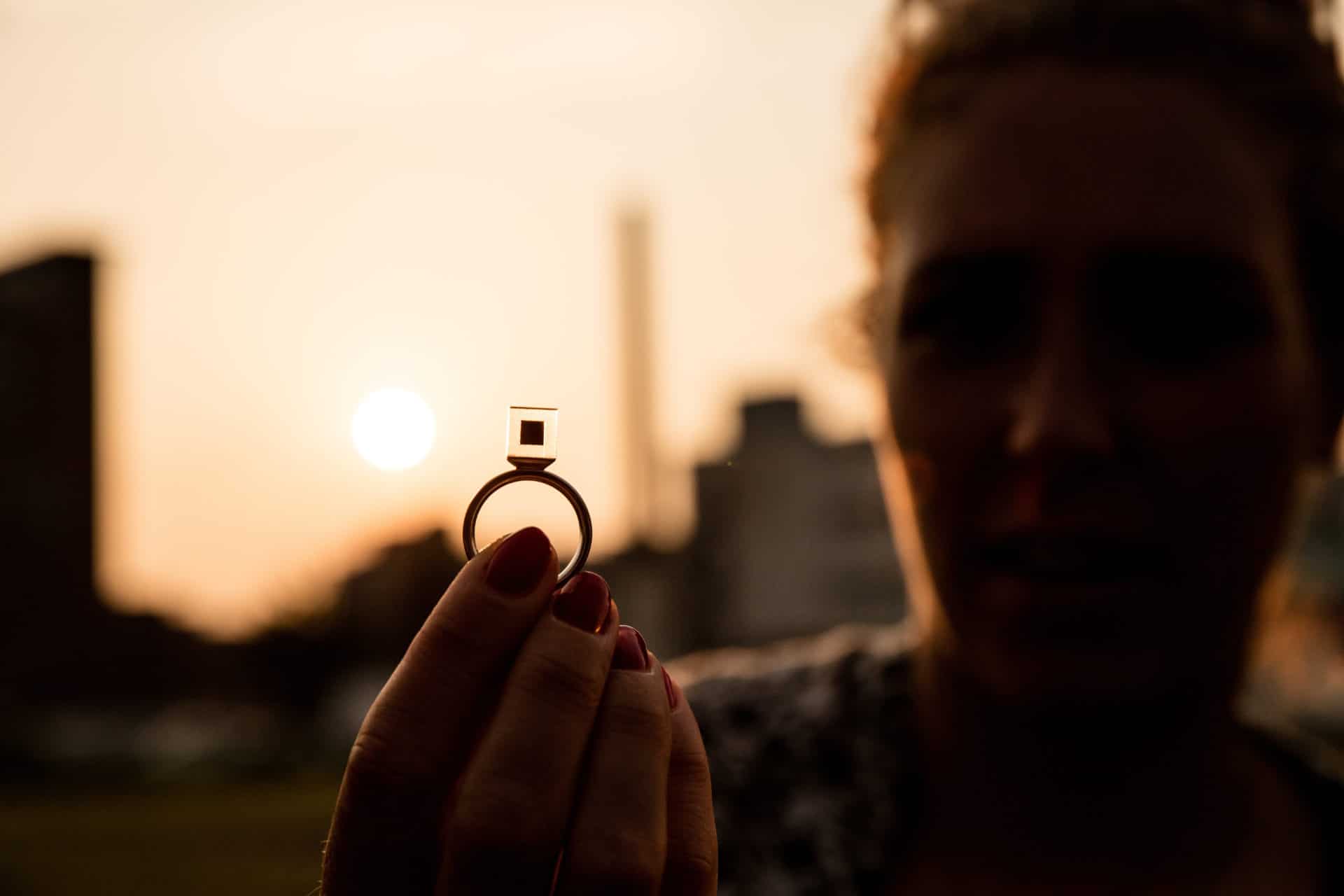 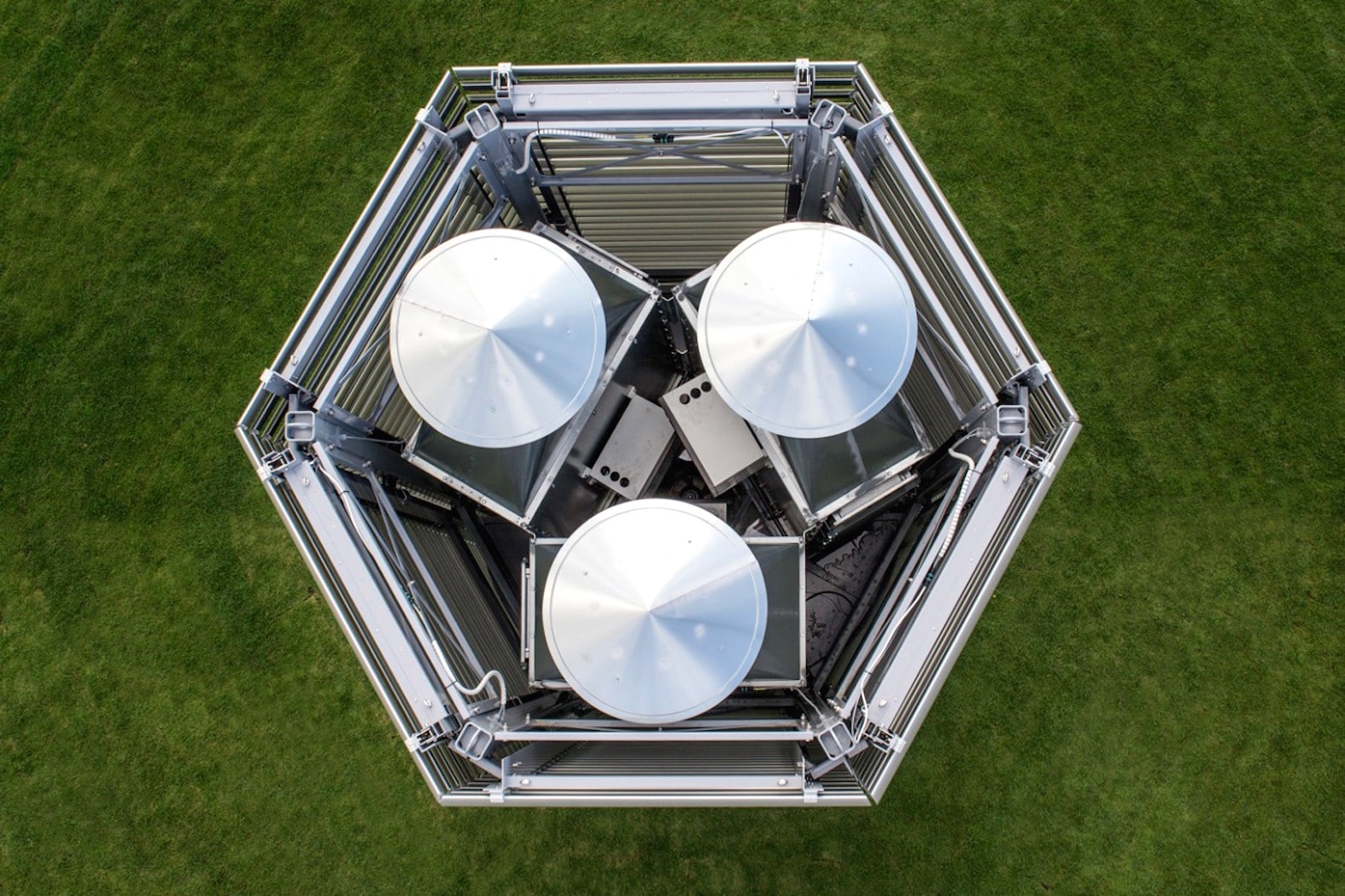 Despite being born over a thousand years before the invention of the computer, Saint Isidore of Seville is considered the ‘Patron Saint...
See more