It’s 2002 and in a large square just streets away from the Colosseum, market stalls line up to sell their wares. But in this corner of Rome, the produce is not local, and the voices that fill the air don’t speak Italian.

This is the Piazza Vittorio, where Indian spices are sold next to Asian vegetables and Middle Eastern ingredients, for the many immigrants who have made this corner of Rome their home.

Mario Tronco, living in the square, saw an opportunity to turn the multicultural togetherness he saw into something united, creative, and completely new: a multi-ethnic orchestra. A pianist himself, he set out to find other musicians living locally to the Piazza Vittorio and was joined by film maker Agostino Ferrente in his search. Together, they formed the Orchestra di Piazza Vittorio.

Pino Pecorelli is the Orchestra’s bass player, vice director, and the first Roman musician to be involved: “I was really lucky because the world came into my house,” he says. 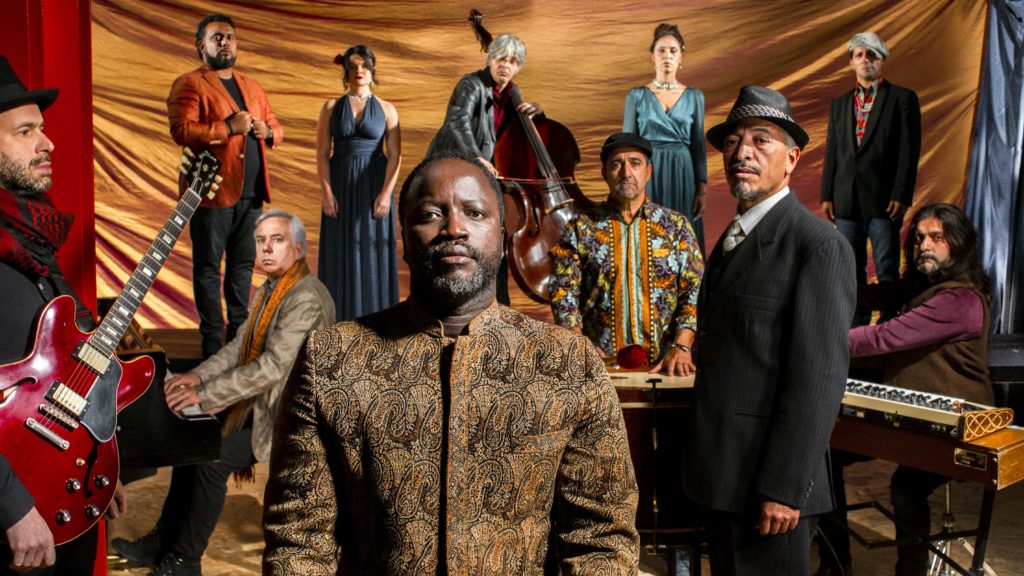 “Mario decided to transform the sound of the square into an orchestra,” Pino describes. “He wanted to see what would happen if you put together people that came from really different parts of the world, who play really different music. In the orchestra are people who have only played in their small village in Rajasthan, or only played wedding ceremonies, or only played in classical orchestras. People coming from rock, from jazz. The idea was just to play one concert to show that people can play together and stay together”.

Suddenly, musicians and instruments from Tunisia, India, Romania, Mexico, Ecuador, Cuba, Brazil, Senegal – and more – were lined up in one room. Sounds and languages not usually combined were woven together into a musical performance that gave every member of the orchestra a voice. “Mario allowed me to be myself,” Pino says, “and this is one of the most important aspects of the orchestra. That everyone feels perfectly themselves, feels free.” 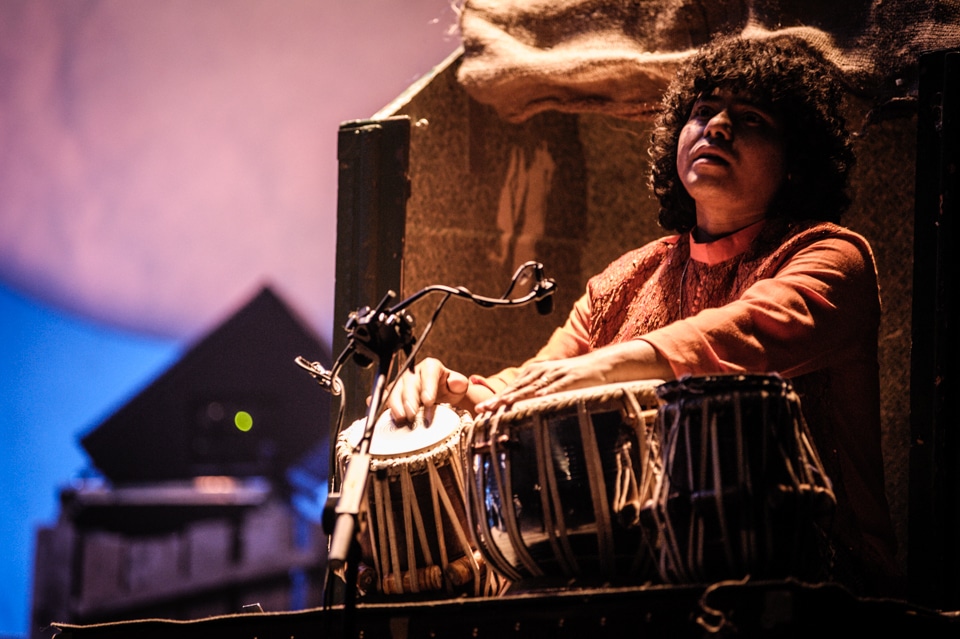 The first concert was a huge success – and one of the highlights of Pino’s career. “The first performance is one fo the few concerts I’ve played when I’ve remembered the day after – because the day after, I was really sad. I had been part of something incredible, and it was over, and I wanted more.”

Much more was to come. In 2006, after Agostino made the film L’Orchestra di Piazza Vittorio to tell the story of the Orchestra’s creation, everything accelerated. The Orchestra has now performed over 1500 times across five continents, and brought together over 100 musicians.

Among their shows has been Around the World in 80 Minutes, the story of the extraordinary things inside the suitcases of travellers waiting to take “a long and wonderful journey to an unknown destination”; a contemporary reimagining of Don Giovanni with an androgynous lead character played by a female performer; and Carmen tells the colourful story of a gypsy and her lover, through salsa and reggae, techno and tango.

The Magic Flute saw the musicians on stage – rather than in the pit – as characters that aligned with their own personalities. Deviating from Mozart’s original score, they included folk, reggae, pop and jazz and each musician brought their own language to the performance. The performance became a musical film, ‘Il flauto magico di Piazza Vittorio’, which was awarded the David di Donatello (the “Italian Oscar for cinema”) in 2020.

“After 19 years of doing this together,” Pino says, “we are so happy to be on stage. We are so happy that we laugh on stage – we see each other and we laugh”.

The Orchestra doesn’t only show the joy and creative possibility of co-operation between people from different cultures and backgrounds – it has also changed the course of many immigrants’ lives. The Bossi Fini law, introduced in 2002, created harsher restrictions for immigrants including that they prove that they have an income and can speak Italian. Pino explains: “the challenge at the beginning was to convince people that Mario wasn’t someone from the police, because everyone was afraid of being taken away from the country.”

Nearly 20 years on, and the Orchestra has made it possible for people from all over the world to build a life in Italy. “At the beginning when we had to travel to a concert outside Europe, at the airport we had two people in the ‘European’ queue and everyone else in the ‘All other countries’ queue. Today, it’s’ the other way round – because members of the orchestra have gained Italian citizenship, many due to their involvement in the orchestra. Now they have the same rights here as anyone from Italy.” 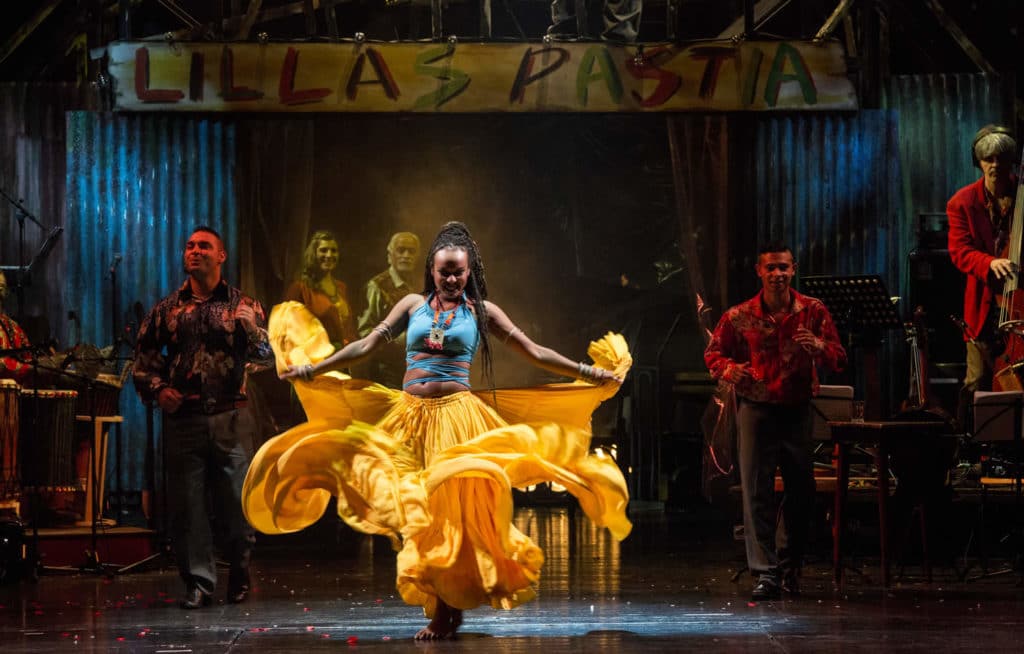 Around 20 other orchestras of immigrant musicians have since formed all over Italy, some of them – including Piccola Orchestra di Tor Pignattara, for which Pino is conductor – made up of musicians who are the children of immigrants and following in their parents’ musical footsteps.

“In the past, ‘immigrant’ was synonymous with ‘bad’, ‘poor’, something ‘sad’,” Pino adds. “The Orchestra has shown everyone that immigrants are people. They are happy and sad, rich and poor. It suggested a new way of thinking, in which it would be normal for people from very different parts of the world to work together. We proposed an idea 20 years ago that you have to judge a person not from the colour of their skin but for what they can do together.”

Alongside working on new productions in the coming months, the Orchestra will be working with more young musicians who previously tended to travel to richer countries like Germany, but have more recently started arriving in Italy especially as the Orchestra di Piazza Vittorio has become better known.

A journey of hope for refugees

Little Amal in London | Photo: Nick Wall
Little Amal is a little girl on a BIG journey. The giant puppet of a nine-year-old Syrian girl is journeying...
See more 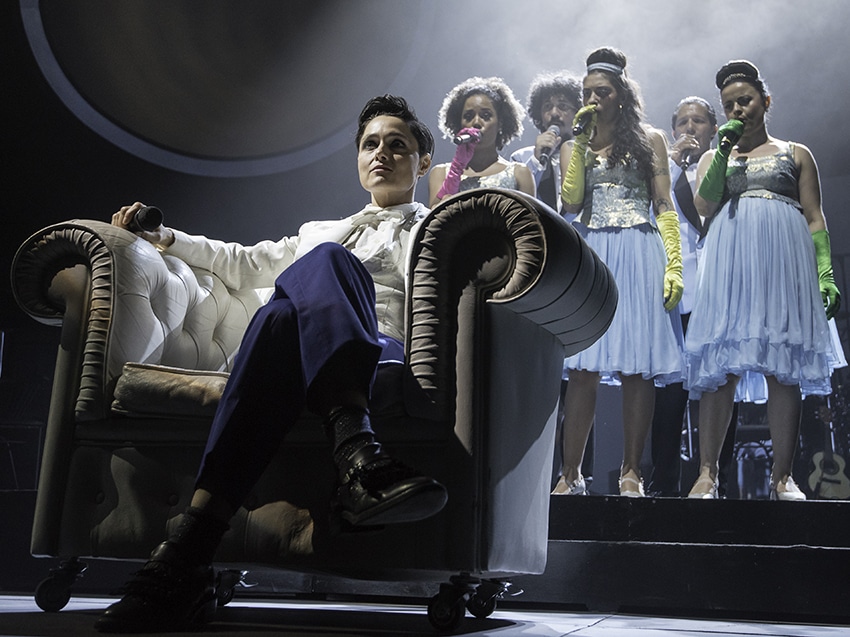 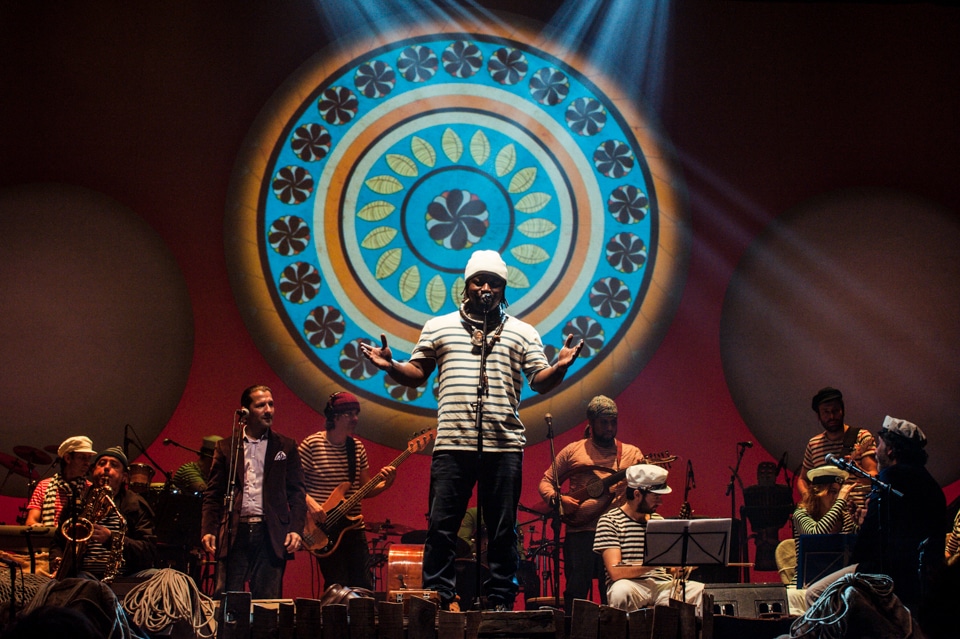 A journey of hope for refugees

Little Amal in London | Photo: Nick Wall
Little Amal is a little girl on a BIG journey. The giant puppet of a nine-year-old Syrian girl is journeying...
See more