An innovative system of huge yellow floodgates is blocking the Adriatic Sea to hold back the tide, inspired by Moses parting the Red Sea.

Some people say that Venice, aka the ‘city of water’, should be called the sinking city, but it could also be called the flooding city. Made up of 118 islands in the middle of a lagoon at the head of the Adriatic Sea in Northern Italy, it seems unbelievable for such a grand city as Venice to be floating in a lagoon of water, reeds and marshland. But there it is, perched atop mud sediments that are shifting; a city made more vulnerable to flooding, thanks to global warming. 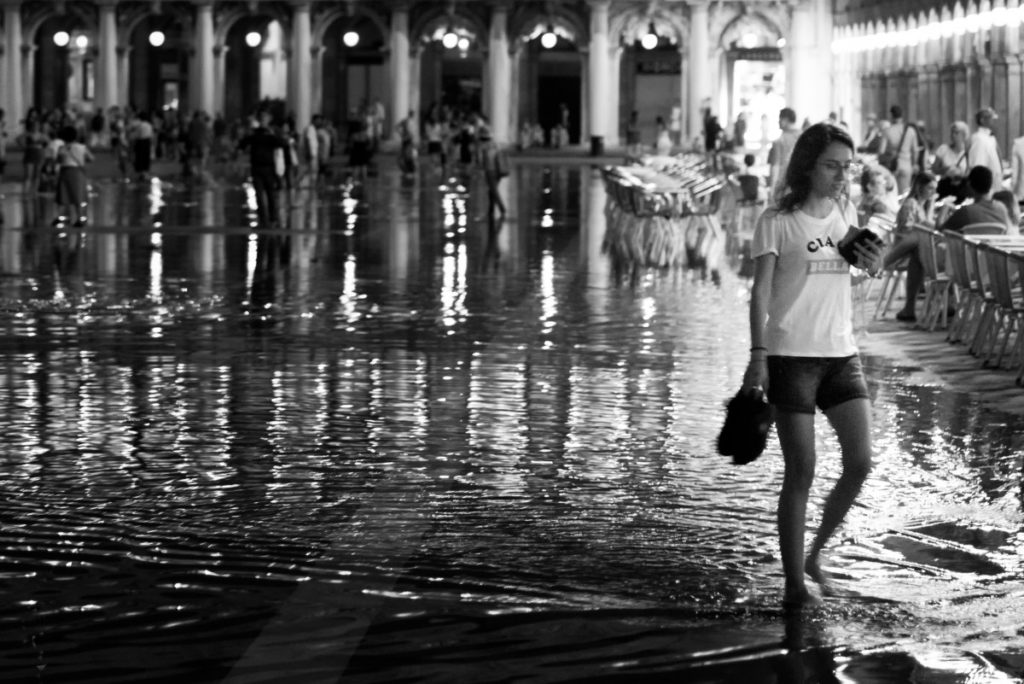 In November 2019, Venice was brought to its knees when it suffered its worst flooding since 1966. The tide killed two people and submerged over 80% of the city; devastating homes, restaurants and monuments like Doge’s Palace and St Mark’s Basilica (below). 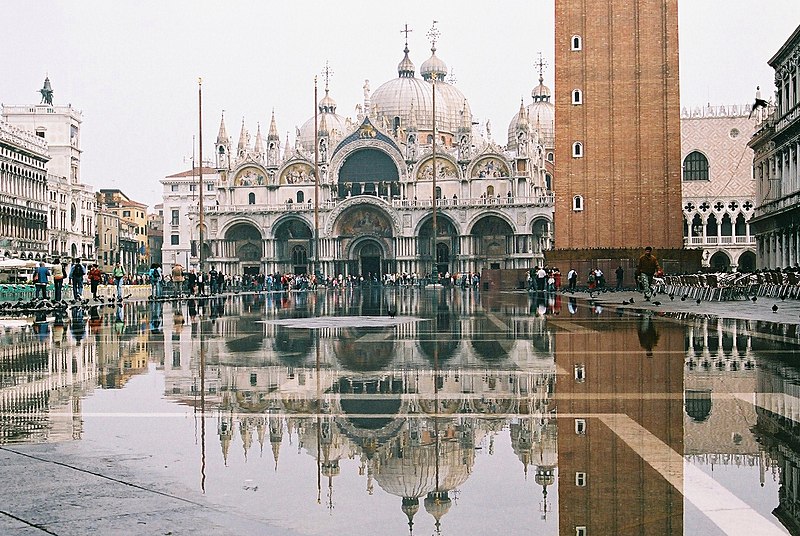 Thanks to climate change, rising sea levels and pre-pandemic heavy cruise ship traffic, Venice might be pushed underwater within the next 100 years.

That’s where Mose  – an acronym for MOdulo Sperimentale Elettromeccanico (Experimental Electromechanical Module) – comes in. The flood-barrier system consists of rows of mobile gates and aims to isolate the lagoon from seawater during acqua alta (high tides) to protect the Italian city from further devastating flooding. 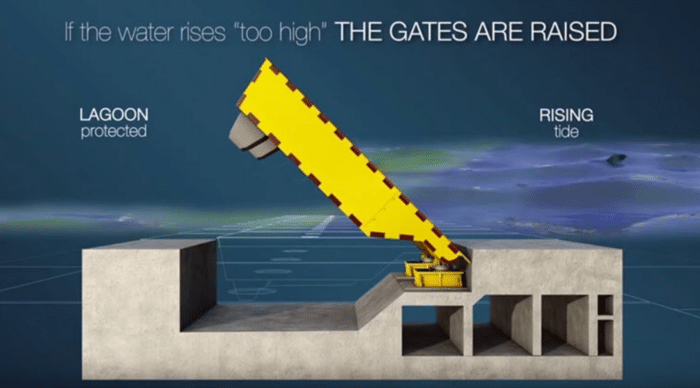 First designed in 1984, the Mose project is a series of 78 retractable gates stationed at the three harbour-mouth inlets to the Venetian Lagoon – Lido, Malamocco and Chioggia –  connected together by an artificial island where the handling systems are located. When a particularly high tide is forecast, the barriers temporarily rise up, blocking the Adriatic sea from surging into the lagoon. It is designed to protect the city from tides of up to three metres. 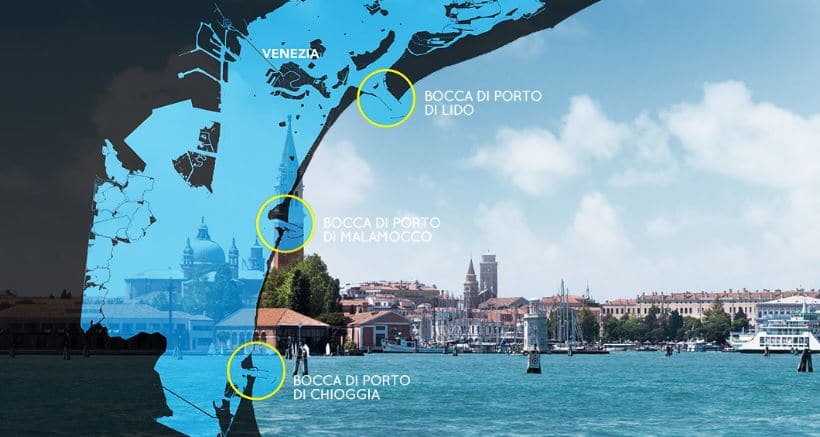 When they are inactive, the metal box-like floodgates are full of water and lie completely invisible in housings placed in the backdrop. In the event of a tide that could cause flooding, compressed air is introduced into the sluices, which rise up to emerge and block the flow of the incoming tide in the lagoon. When the tide falls again, and in the lagoon and the sea the same level is reached, the sluice gates are again filled with water and come back into their own premises.

Since 1987, when Mose was begun by the Ministry of Infrastructure through the Venice Water Authority (the Ministry’s operational arm in the lagoon) and Italian consortium company, Consorzio Venezia Nuova, Venice has spent over $6 billion to build the barrier system in the hope of buying the city some time (around three decades, according to environmental engineers). The measures already completed or underway along the coastline and in the lagoon are the most important environmental defense, restoration and improvement programme ever implemented by the Italian State.

Works for what has been lauded as a “jewel of national engineering” aimed at handling extreme situations began in 2003 and were expected to end in 2011. However, construction is now due to be completed in 2022, owing to delays and unexpected issues – like erosion, thanks to the humble mussel.

Public works that protect our lands from the risks of climate change are fundamental, but the Mose project is not without its controversies. Venetians have mixed feelings towards the dams, with some saying they have damaged the ecosystem of the fragile lagoon or that it simply would not work.  However, in 2020 the 1.5km (one mile) Mose system was successful tested in Venice. The Italian prime minister, Giuseppe Conte called for the controversies to be set aside and for work to focus on its completion, so it can “stop the sea” to protect the city. 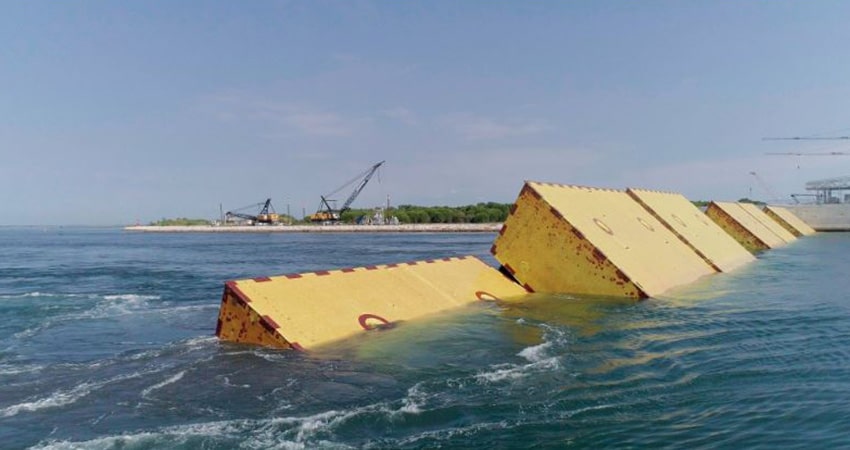 As changing climates and a rising sea level create a growing pressure on barriers to operate more frequently, barriers need to continuously adapt and improve ways of working. Thanks to the Mose project, Italy has been included among the member countries of I-STORM, the international network of mobile barrier managers, whose fundamental objective is the sharing of information, experiences and best practices when it comes to our first line of defence against the rising tides.

Because, although floods have caused damage since ancient times, we can’t all be like Moses.

Greening the desert with the sea

This is how you grow vegetables in the Sahara – by piping seawater from the Red Sea across the sands to produce...
See more 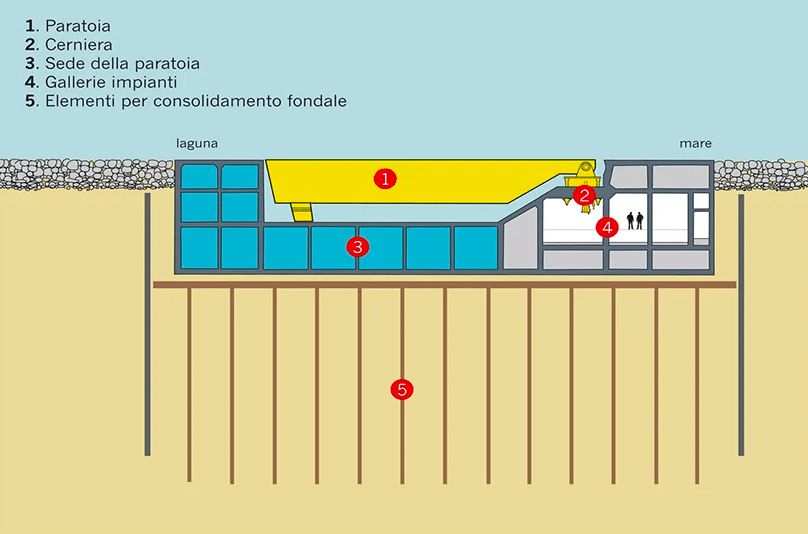 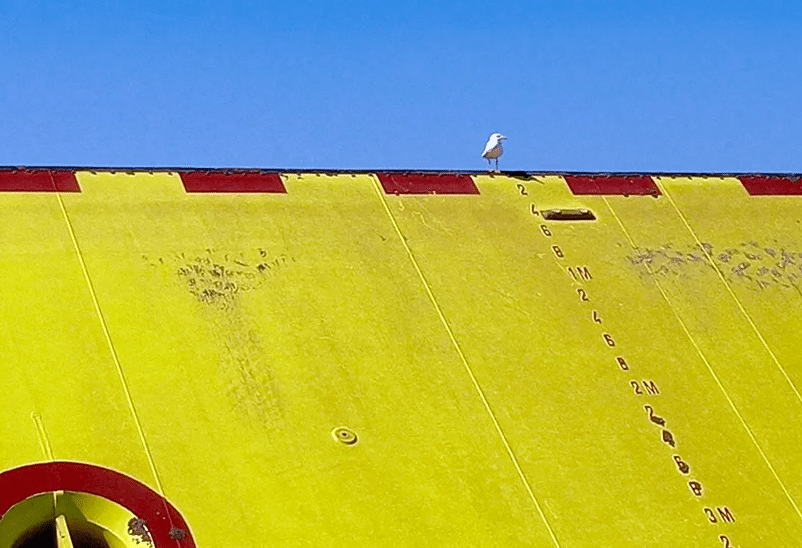 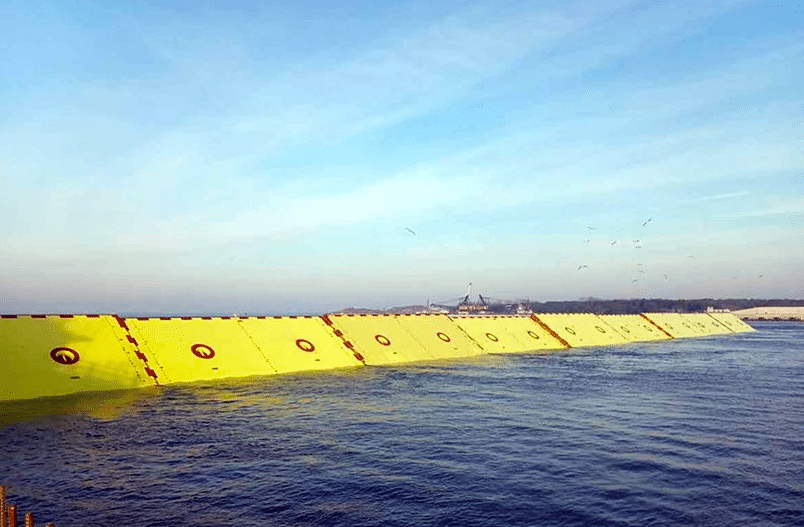 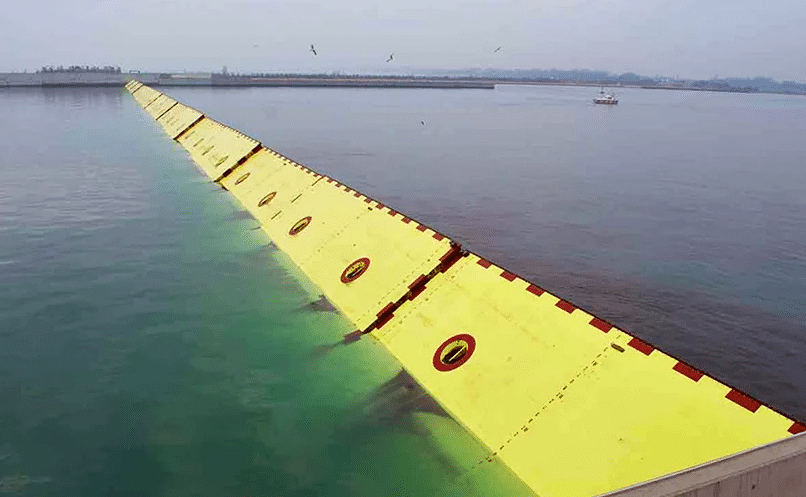 Greening the desert with the sea

This is how you grow vegetables in the Sahara – by piping seawater from the Red Sea across the sands to produce...
See more