Bogotá has a new phone number for men who want to hang up on machismo and prevent domestic violence.

The UN has a name for it: Shadow Pandemic. It’s the rise in violent attacks against women, and particularly in episodes of domestic violence, that has been reported across the world since the beginning of the COVID-19 pandemic. It’s a crisis that needs to be addressed urgently, and Bogotá answered the call.

In a year when the city registered nearly 26 thousand cases of domestic violence, the Secretariat of Culture, Recreation and Sports (SCRD) under the direction of Bogotá’s first female and openly LGBTQIA+ mayor Claudia Lopez, launched a hotline that calls men to the frontline of the fight against gender and domestic violence. 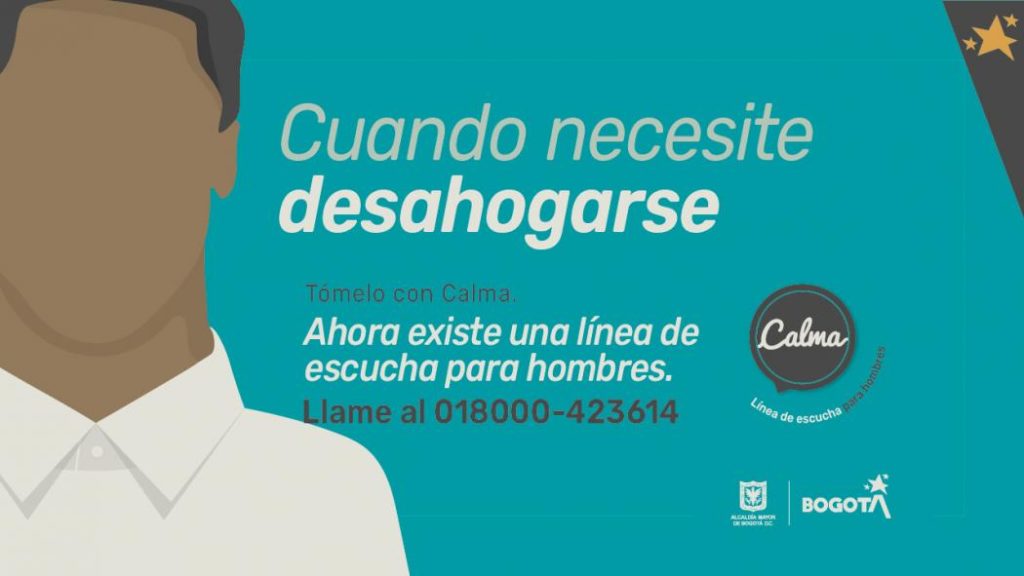 “For when you need to vent,” says the voice on the other side of the line.

By calling up Línea Calma (‘Calm line’ in Spanish), men over the age of 18 can receive immediate emotional support and long-term professional psycho-educational guidance to prevent harmful behaviour and unlearn toxic masculinity. That’s about 2 million people who can pick up a revolutionary phone capable of breaking a culture of oppression from the inside.

The line is open 7 days a week and provides its mental health and educational services free of charge. Callers find a judgement-free listening ear and are given advice on emotion management and conflict resolution.

Those interested can then choose to follow a personalised educational journey with Línea Calma’s psychologists. Within 2 months, they complete up to 10 sessions to ‘learn new ways to be a man.’ 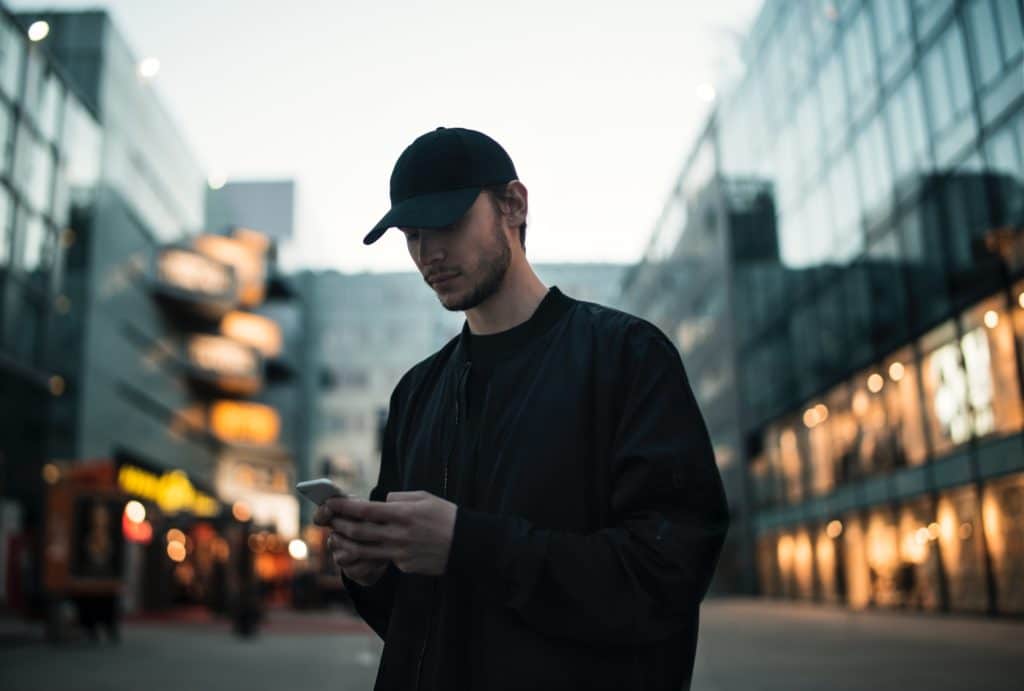 Research finds that “Most men would like to manage their emotions better, but they don’t know how.” Photo: Stefan Stefancik.

When presenting the hotline to the citizens of Bogotá in December 2020, Diana Rodriguez, Secretary of Women’s Issues in the mayor’s office, highlighted how the city already has services in place to address domestic violence (from helplines to therapy and housing), but these measures are “crippled” if they put the responsibility of responding to the crisis only on victims.

Nicolás Montero, Secretary of Culture, Recreation and Sports, added: “I invite you to take this small step towards systemic change […] We men can change, and that is revolutionary.”

A 2020 survey by the Observatory of Culture of the Direction of Citizen Culture revealed that men of Bogotá are keen on accessing preventative tools. When asked whether they’d seek help before attacking their partner, over 95% of respondents said Yes.

However, 76.1% also agree that “Most men would like to manage their emotions better, but they don’t know how”, and 69% find it desirable to “Educate boys to become ‘real men’”.

To use the words of Henry Murraín, Director of Citizen Culture at SCRD, then, “Cultural elements of machismo can be measured” and violence doesn’t occur in a vacuum. 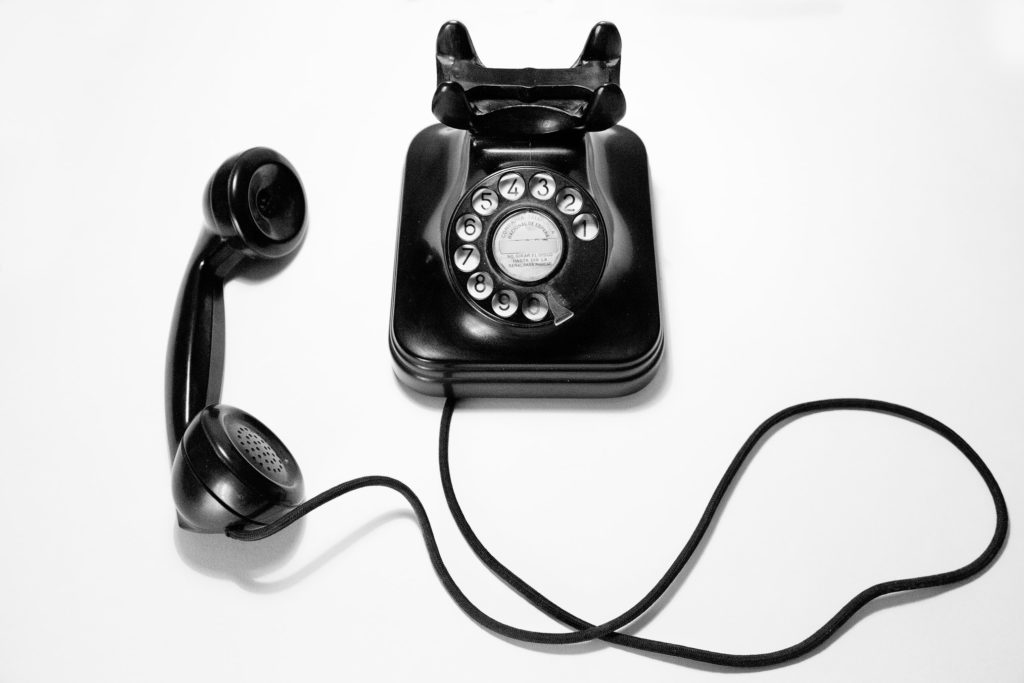 But change can be measured too. In its first 6 months of operation, Línea Calma answered 1139 calls. 636 men have participated in the psycho-educational support programme and 81% of callers have felt a marked improvement after their sessions.

With 94% of callers stating they’d recommend it to their fellow man, Línea Calma seems to be opening the lines of communication that were needed for new masculinities to emerge and promote systemic change.

María Cepeda Anaya, Gender and Diversity Leader of the city’s Subsecretariat for Citizen Culture and Knowledge told us that toxic masculinity cannot be beaten on an individual level only, and that collective transformation is needed.

“Women aren’t the answer nor responsible for change. Communities are.”

That’s why Línea Calma is now expanding to become a network of initiatives focused on social change. On October 8, 2021, the ‘School of care for men’ (Escuela de cuidado para hombres) will open its doors and teach men how to iron, sweep, cook, mend, support their children, and carry the mental burden of organising household tasks.

Meanwhile, a miniseries called Calm premiered on YouTube. In the first episode, 4 friends discover how much they’ve normalised oppressive behaviour and decide to keep each other accountable and embrace change together. You can watch it below (in Spanish):

María shared some of the feedback that Línea Calma’s services got from users:

“I learned that love isn’t control, it’s freedom […] I feel emancipated from machismo and patriarchy’s gender rules, I learned that vulnerability and sadness aren’t separate from masculinity […] I learned to communicate better with my partner.”

She describes a series of long-term actions that will be transforming men’s relationship with all genders and emotions in Bogotá: “We’ll be in the city’s boroughs, pubs, schools, parks, and streets. And one day, enough men will have rejected the patriarchy and the cultural revolution will have become unstoppable.”

AtlasAction► In Bogotá and feeling overwhelmed? Call 018000-423614. Ignite change from wherever you are — talk man-to-man to your friends and family and spread the word: machismo is over.

Tough Turban offers a solution to close the gap between religious freedom and safety for Canadian Sikh riders.   In...
See more
Share this project

Tough Turban offers a solution to close the gap between religious freedom and safety for Canadian Sikh riders.   In...
See more