Tough Turban offers a solution to close the gap between religious freedom and safety for Canadian Sikh riders.

In 4 Canadian provinces, members of the Sikh community who wear a turban can ride without a helmet. Although helmets remain mandatory for most two-wheel enthusiasts, the first Sikh exemptions were granted by British Columbia and Manitoba in 1999, while Ontario and Alberta followed in 2018.

The decision stirred quite the debate. Sikhs refer to the turban as a symbol of their identity, or as a uniform they cannot do without in public. Although traditionally wrapped around a man’s head, the turban can also be worn by women and is considered a promoter of equality. Unfortunately, helmets and turbans don’t go well together and it’s virtually impossible to wear one over the other. 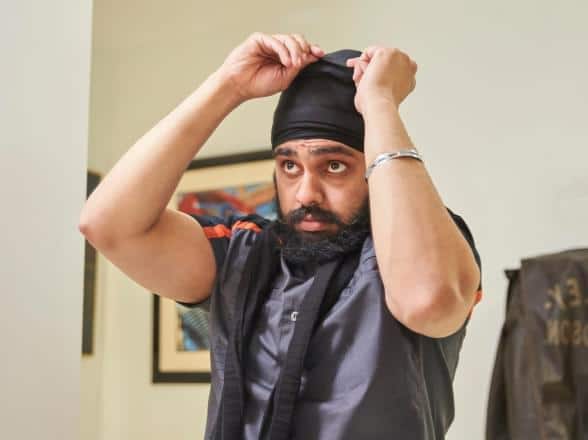 Countries around the world made helmets mandatory. Research shows that they reduce the risk of death by 37% and the risk of head injury by 69%. Canadian law exemptions caused protests and raised a few eyebrows among motorcyclists. The line between freedom of expression and safety can tense quickly and people tend to stand on one side or the other firmly, as the pandemic showed.

Yet, there are those who are working to soften the divide and make the biker community tighter and safer. Enter Tough Turban which, as the name suggests, is designing impact-resistant turbans that Sikh riders can wear with pride and peace of mind. 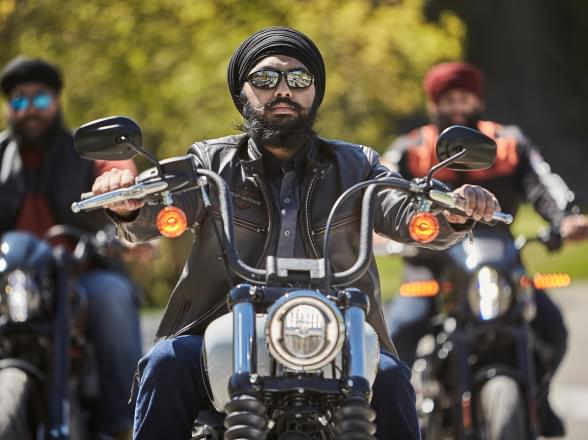 Zulu Alpha Kilo’s Creative Director Vic Bath is one of the creatives behind Tough Turban and a member of the Sikh community. Although he isn’t a biker, his father was, and that’s where Vic says that the inspiration for Tough Turban came from.

To make roads safer for two-wheel aficionados like his father, he teamed up with Chris Pearen, a Product Designer at Spark Innovations, who went through the materials normally used to make motorcycle clothes until he found something that could turn turbans into armours. It’s not a first — Sikh warriors were known to wrap their turbans (dastār) around chainmail and even hide weapons in the folds.

After two years of research in collaboration with Pfaff Harley-Davidson, Vic and Chris finally found the formula to create the world’s toughest turban, an over 3 metre-long mix of regular turban fabric, non-Newtonian foam (a material that is normally soft and flexible but hardens on impact) and Dyneema, a high-strength polyethylene fibre that you’d normally find in bulletproof vests. The whole thing is kept together by a layer of 3D-printed protective yet flexible armour.

Tough Turbans now roam the streets freely as open-source prototypes, anyone can download the designs for free for personal use. They “empower Sikh riders to protect who they are,” said Zak Mroueh, founder and Chief Creative Officer of Zulu, in a press release issued by Harley-Davidson.

Before wrapping the helmet controversy up, however, riders should check local laws. Tough Turban was created to keep Sikhs who decide to ride helmet-free as safe as possible. It’s easy to see how it can be better than traditional turbans but it’s not considered a replacement for helmets and for now, it hasn’t been tested against crash helmet standards. It doesn’t protect the face and eyes and it’s unlikely to meet legal requirements in areas where helmets are mandatory for all. 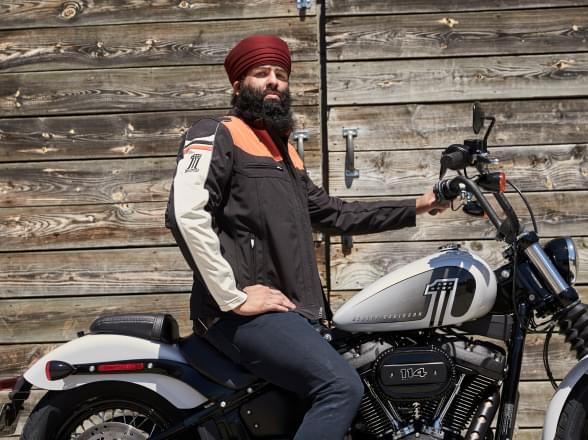 AtlasAction: Can fashion change the industry and the world? Check out our FashionFutures channel for revolutionary ideas and solutions.