Two Achuars, a gringo, a German, two Kichwas, and three quiteños got on a boat and revolutionised transport in the Ecuadorian Amazon.

On 28 March 2017, nine men stepped on a solar-powered canoe and embarked on an 18 hundred-kilometre journey from Lago Agrio in the north of Ecuador to the Achuar territory in the south through Peru. They wanted to ride their creation across the Ecuadorian Amazon and tell the people along the way about Kara Solar, an innovative fluvial transport system that has community, sustainability, and cooperation at its heart.

Their canoe was called Tapiatpia after the legendary electric eel whose feats are narrated in the traditional tales of the Achuar people. The Tapiatpia eel swims silently to transport all forest animals on its back and allow them to travel by water across the Amazon. If you think this is an ambitious endeavour for one solitary eel, know that, in fact, anacondas, alligators, crocodiles, turtles, snakes, fish, and all river animals participate by swimming together and forming seats for their terrestrial passengers on the back of the giant Tapiatpia.

Similarly, the Nine Men in a Boat knew that the Tapiatpia canoe couldn’t succeed without a collective effort. That’s why they had been working together with Indigenous community leaders, engineers, designers, and entrepreneurs for years to find a solution to the transport issues faced by the people living in the Amazon. 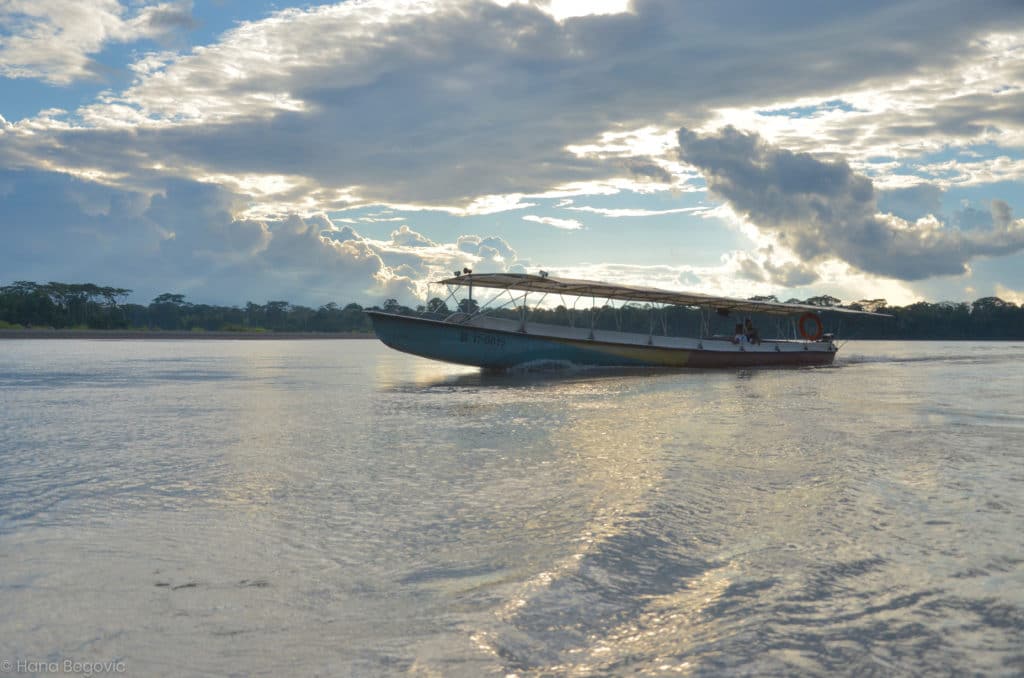 All aboard the solar canoe! Photo: Hana Begovic

Oliver Utne, founder and General Coordinator of Kara Solar, told the audience at TEDx Quito about the internal debates that the question of transport arises among Amazonian Indigenous communities. Achuar people have been living in the rainforest for thousands of years in spiritual connection with nature, and consider themselves the protectors of the forest and its ecosystems. If on one hand, they want to travel and communicate more easily, on the other, they’re keenly aware of the deforestation, pollution, and biodiversity loss that roads bring about in their territories. River travel is common by small boats called peque-peques but the oil for the boats, flown in by plane, is 5 times more expensive than in the capital Quito and has devastating effects on the environment.

Nantu Canelos, Kara Solar Coordinator on Achuar territory and member of the Sharamentsa community, told us how “Achuar Elders had a vision for younger generations to be able to find opportunities in their territory without compromising natural resources.”

The concept of a solar-powered boat emerged and the idea felt like a collective dream. Just like a kara in the Achuar language, it was the vision of something yet to come, an intuition that didn’t belong to anyone and could be shared by all. After much testing, the Kara Solar team realised that traditional Indigenous canoes were the most appropriate to turn into electric boats — their hollow shape is light and efficient, needing very little power, and their roof has enough space to fit a great number of photovoltaic cells. 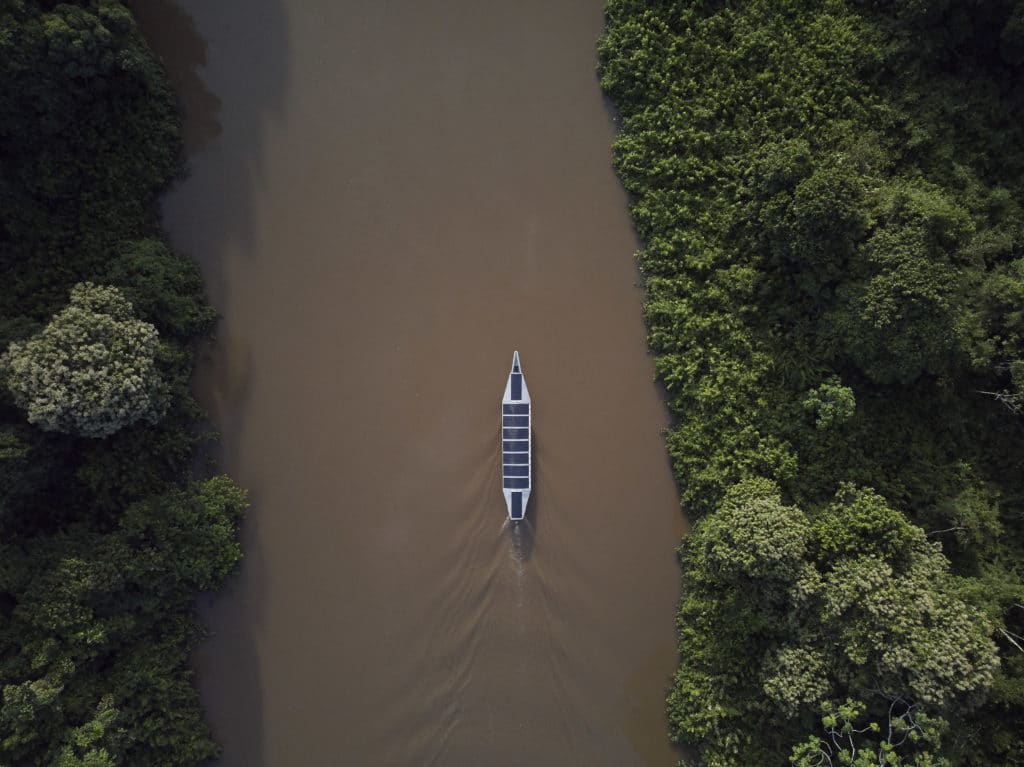 That first “amazing adventure” on the Tapiatpi canoe was a success and since then, Kara Solar has connected nine Achuar communities located along 67 km of the Pastaza and Capahuari Rivers. The solar network allows for cheaper, fully renewable travel, creates opportunities for commercial activities, and opens the way to the exchange of knowledge, technologies, and experiences.

Nantu speaks of the ways in which Kara Solar affected community life in the Amazon. “Children and young people have been the main actors and beneficiaries of the project”, which allows them to take part in sports and cultural activities and travel safely: “The canoes are designed to adapt to the river and its changes — when you step in, you can stop thinking about safety risks and can instead enjoy the journey and sip on chicha de yuca [a traditional local beverage].”

Better transport also means better access to health as doctors and healers can travel between communities quickly and for free. Even though communities agreed to drastically reduce travel due to COVID-19, the pandemic provided an opportunity to rediscover and share traditional healing remedies and techniques.

Finally, the canoes have played an important role in the fight for territorial rights and against deforestation. Thanks to the silent and efficient transport, Indigenous communities are able to more easily locate and report illegal balsa logging, which is having a disastrous impact in the Pastaza River basin. 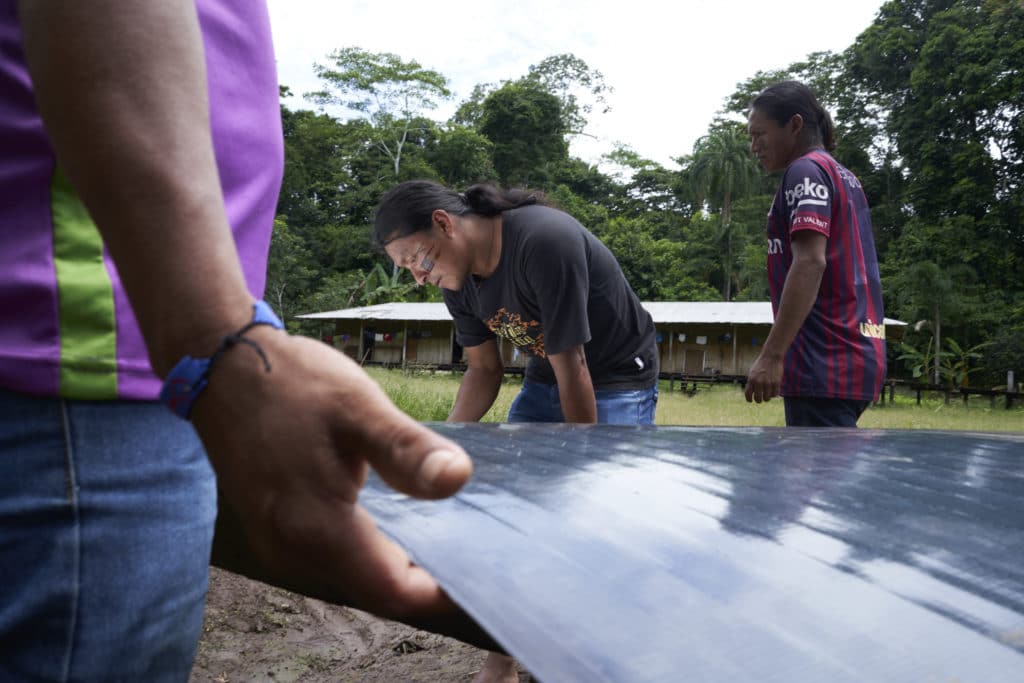 Working together on collective dreams in Sharamentsa. Photo: Pablo Aberenga

Kara Solar may have already achieved lasting change, but the road (pardon, the river) ahead runs long. Communities are training local staff and building solar-powered canoes for individual use, and the Kara Solar team is planning to expand the navigable network outside of Ecuador. Nantu is convinced that the canoes are just “one of the new tools” that Indigenous people will use to share their values and knowledge with the world and fight for the rainforest.

Rather than boats then, Kara Solar seems to be building bridges that cover distances and divisions. Nantu, Oliver and the team believe that there are no real solutions without collaboration and there is no fixing the climate and protecting the environment without the wisdom and power of Indigenous Peoples. 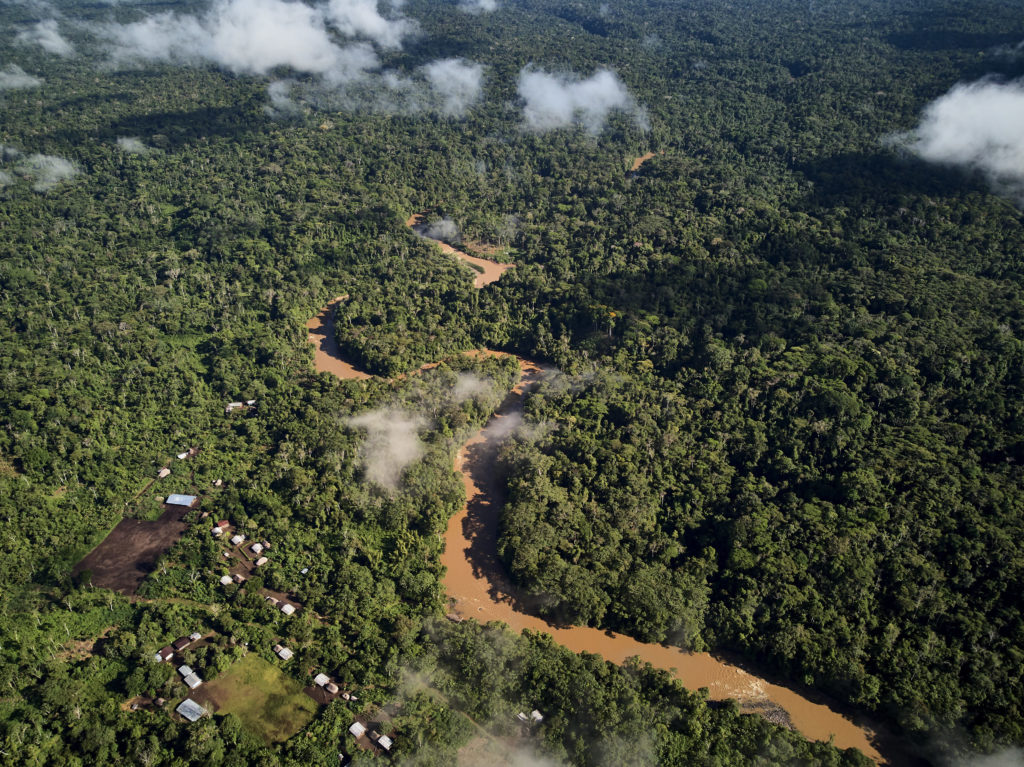 AtlasAction: Donate to fund Kara Solar’s research and education projects and join the fight to preserve the Amazon — everyone’s welcome to visit Nantu’s community and amplify the voices asking to respect and protect the rainforest.

The Caribbean Sharks Education Program uses empathy and social media to turn poachers into conservationists.   “I spend about 50%...
See more 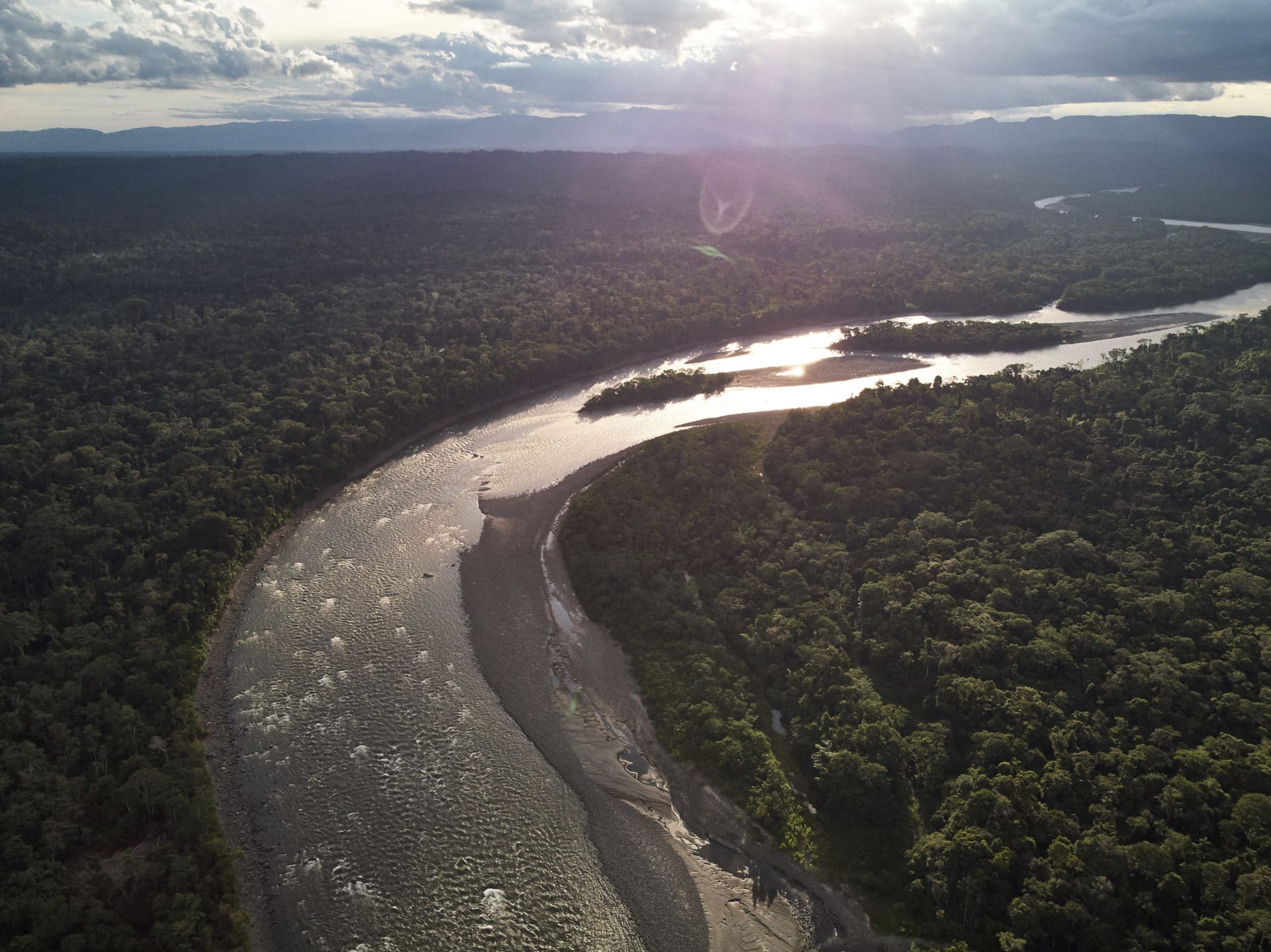 The Caribbean Sharks Education Program uses empathy and social media to turn poachers into conservationists.   “I spend about 50%...
See more