The Homeless World Cup harnesses the power of football to put an end to homelessness worldwide.

“Football has been like a best friend to me,” Camilla told the Homeless World Cup. She was experiencing homelessness and drug addiction when she was introduced to street football in Sweden. “When you give up drugs, you are all alone. All your friends do drugs, and it is too easy to start taking them again. But with football, I have focus and purpose and a strong circle of support. I belong to something.”

Camilla represented Sweden at the 2014 Homeless World Cup in Santiago, Chile. She’s one of the 1.2 million homeless people reached by the Homeless World Cup Foundation, a charity that uses football to inspire people who are homeless to change their own lives. 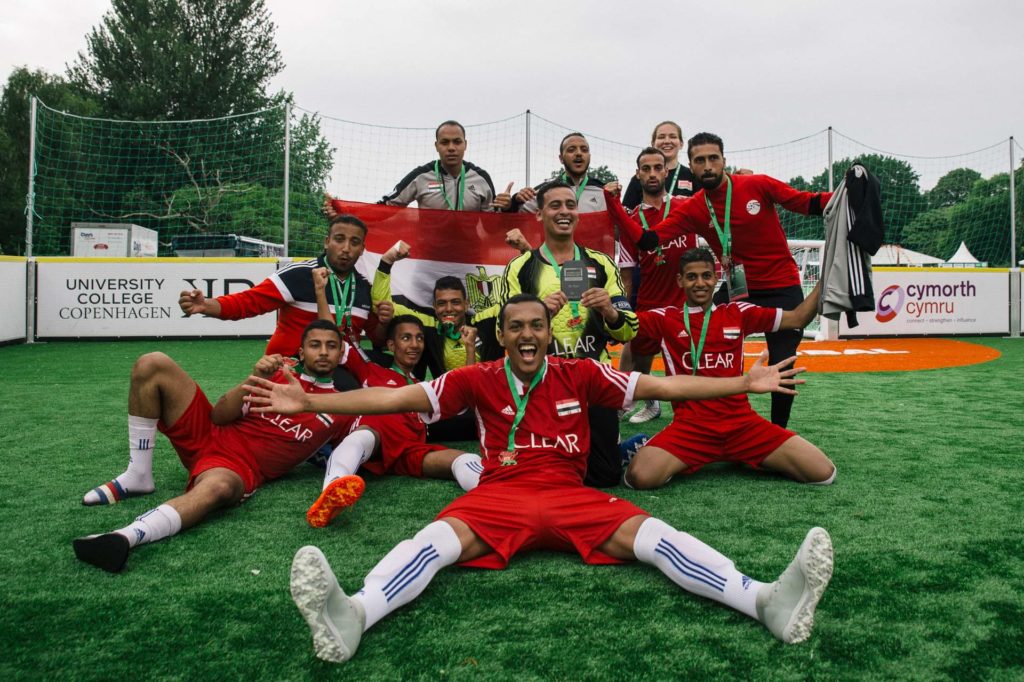 Definitions of homelessness vary from country to country and ‘hidden homelessness’ (slums, squatting, couch surfing, and frequent changes of residence) make it challenging to gather accurate census data. Yet, the UN estimates that there are 1.6 billion people living in inadequate housing conditions, with young people representing the age group at the highest risk of becoming homeless.

“The ultimate aim of the Homeless World Cup is not to exist. We shouldn’t have an HWC in the first place because there shouldn’t be any homelessness […] and that requires systemic change.”

The first Homeless World Cup tournament took place in Graz, Austria, in 2003. Every year, over 50 teams of men and women who are homeless get the chance to represent their country during the week-long competition. The event is completely free to attend and grew to gather nearly 170 thousand people in 2012. And even though it’s a competition, the tournament’s special structure and commitment to fair play allows everyone to play until the last day.

94% of players report that the Homeless World Cup has had a positive impact on their lives, with 77% saying that they have turned their lives around because of football. And while homelessness often causes alienation from society, 83% of players consider that belonging to a team and representing their country at the HWC helped improve their social relations.

Play can be seriously good for athletes. Training sessions and games provide structure, helping individuals follow a routine while they improve their self-esteem and build trust in their teammates.

Mel says that there are “very fundamental changes” happening for everyone in the stadium. The tournament aims to challenge the public’s perceptions of homelessness by “showing its human side”, effectively breaking down stereotypes. 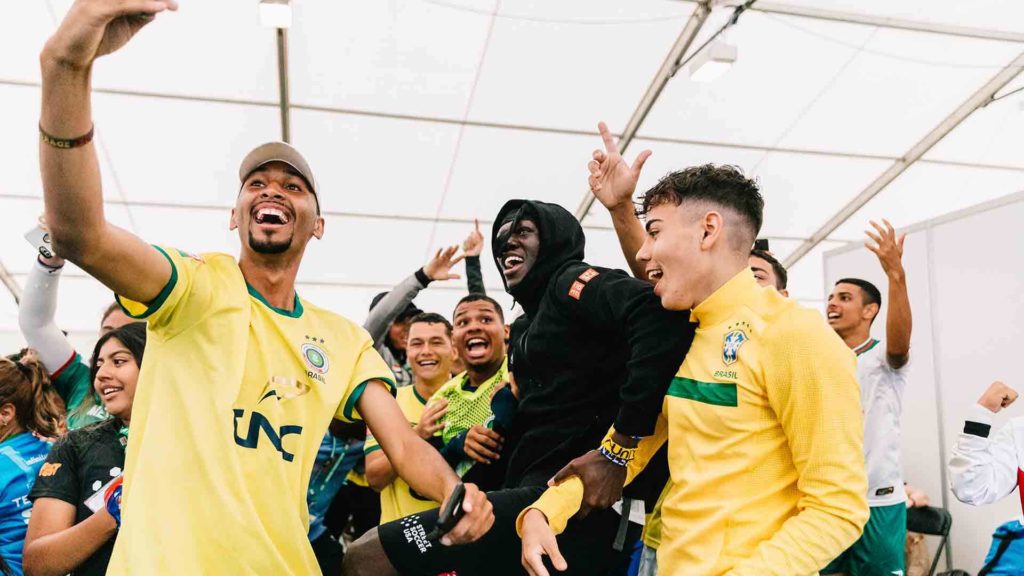 But the HWC impact goes well beyond the one-week event. Throughout the year, the Foundation collaborates with 79 street football partners in 450 locations around the globe and supports grassroots initiatives aimed at putting an end to homelessness worldwide.

The HWC mission gathered quite the fan base, with supporters the likes of Colin Farrell and Michael Sheen as well as football legends Didier Drogba, Rio Ferdinand and Eric Cantona. The Beautiful Game, the new Netflix film inspired by the HWC and starring Bill Nighy, Micheal Ward, Kit Young and Callum Scott Howells, is out in 2022. 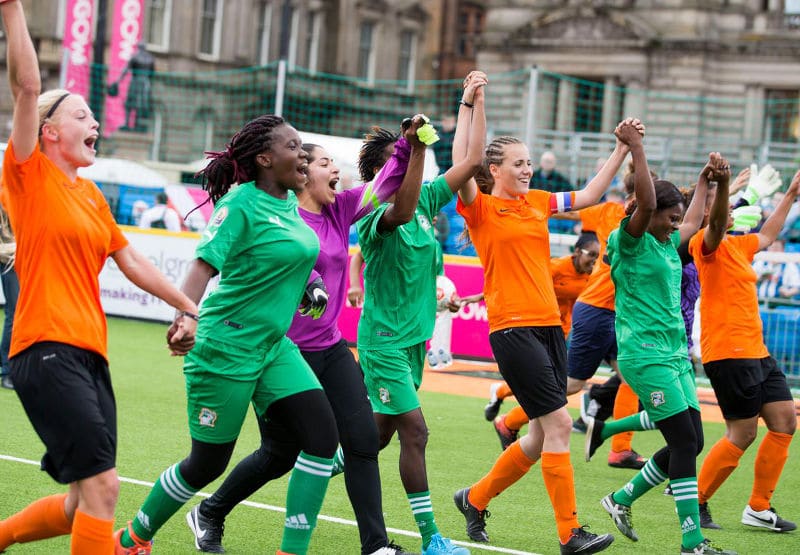 The Homeless World Cup was cancelled in 2020 and 2021 due to COVID-19. However, the Foundation kept active with online events and local initiatives throughout the pandemic, and the first-ever Four Nations Challenge Cup debuted in Edinburgh in September 2021. In a pitchside interview, Mel commented:

“It has been difficult and there are a lot of negatives but actually, what we’ve found, is that people come together. There’s a real strength of community, people supporting one another. We’ve always had that in our network anyway but during the pandemic, it was strengthened even more.” 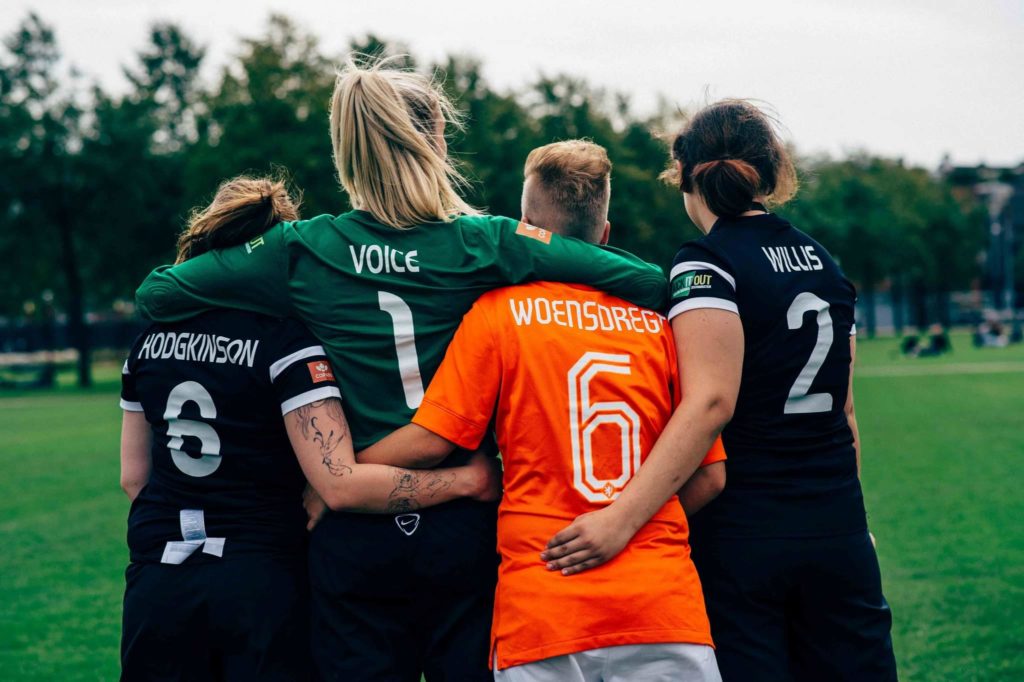 AtlasAction: Keep the ball rolling and donate or become a volunteer.

These sports bras are changing lives

The Sports Bra Project provides sports bras to those who don’t have access to them, lifting barriers to sports participation....
See more
Share this project

These sports bras are changing lives

The Sports Bra Project provides sports bras to those who don’t have access to them, lifting barriers to sports participation....
See more