Two women are changing the narrative on Yemen by creating groundbreaking and authentic local artistic content in an extreme environment.

“Creativity and film are extremely powerful outlets for expression, and a great source of hope for Yemeni youth living in a time of war.” – Sara Ishaq

Oscar-nominated Yemeni-Scottish film director Sara Ishaq and Yemen’s top-ranking film producer Yousra Ishaq are using the medium that they love to shed light on the most pressing issues that the country faces.

Film has the ability to transport the viewer across time and space. That’s why, in 2017, the independent filmmakers (pictured below) set up Comra Films in the capital city of Sanaa, as the first Yemen-based film foundation for creative film productions and training. 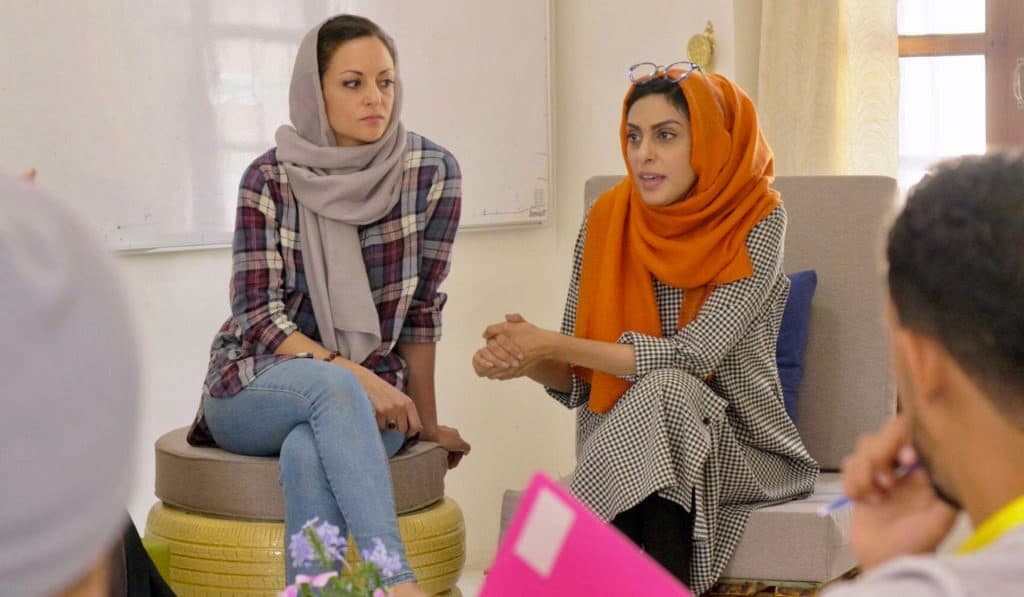 Yemen is experiencing the world’s worst humanitarian crisis, having been in a state of political crisis since 2011 and devastated by a civil war. Though the Arab world’s poorest country is one of the most hyper-narrated places on earth, the representation of its struggles, even in Arabic cinema, is virtually non-existent. Foreign media access is blocked and local political media outlets control the world’s view of Yemen and its people. Comra Films is changing that. 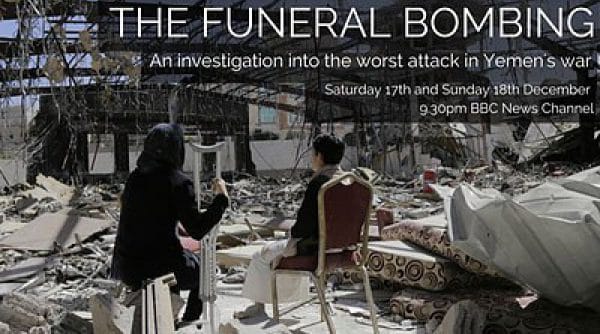 It was the link between the invention of the camera and Arab history that drew the team to the name. ‘Comra’ is the early Arabic word for ‘camera’ and was coined by Arab physicist Ibn Al-Haytham back in the Middle Ages. Known as the father of modern optics, he was the first scientist to thoroughly study and describe the natural phenomenon of the camera obscura effect. Over the centuries, others started to experiment with his observations, mainly in dark rooms with a small opening in the wall to let in light

Now Sara and Yousra want Yemeni filmmakers to be able to let in the light; to have the potential to contribute positively to the transformation and conflict resolution process, to counteract internalised stereotypes about Yemen and Yemenis, and to raise awareness internationally about the crisis there. Sara explains: “In a place like Yemen where our cultural heritage is being systematically destroyed, filmmaking is an extremely important tool to preserve what is beautiful about our culture.”

When the war started in 2015, Sara was living in Cairo, and immediately tried to find a way to return home to be with her family in Yemen. Airports were closed for two months, but as soon as they reopened she was on the first plane back. “I went back to document the war, but I was frustrated that nobody else was filming what was happening, and the ban on journalists entering the country meant that there was a total media blackout,” she explains. “This pushed me to do the first documentary filmmaking workshop in 2015 with a filmmaker friend, Abdurahman, under a collective we had previously co-founded.”

It was there that Sara met and hired Yousra to help coordinate the film training camp. When two of the Comra Films co-founders left to pursue other things in 2019, Yousra and Sara ended up being the sole founders running Comra Films, and in 2020, having taken part in the Arab Fund for Arts and Culture’s (AFAC) Arts and Cultural Entrepreneurship Program, they launched the Comra Academy to give youth a space to learn how to create films. 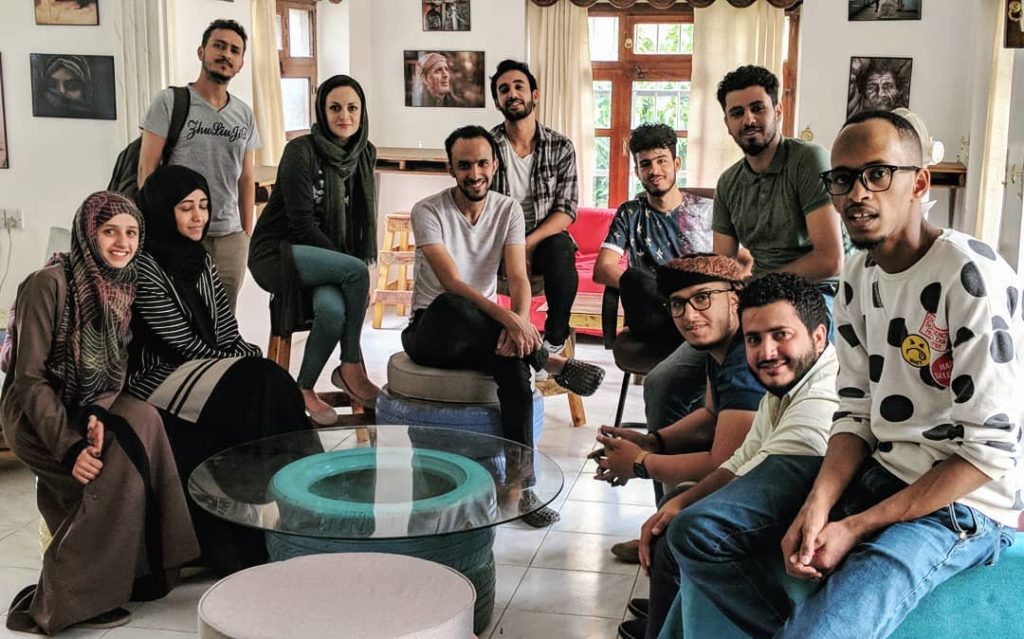 Over the years, Comra has trained some of Yemen’s most exciting new talent in a time of war and insurmountable difficulties. Its aim is to empower them as young professionals striving to succeed in a competitive film industry in the Middle East, North Africa and globally – and push their visual and cinematic narrative depicting life inside Yemen. Today, the team is made up of the country’s most established filmmakers, from highly experienced fixers to internationally recognised cameramen and Oscar and Bafta-nominated directors, always keeping a local and independent vision.

You can watch the Comra films here, including this short film about tribal women sewing seeds of peace in their communities with UN Women. In a time of war, focus is on the men waging war, but the women fighting for peace fall by the wayside.

Sara stresses the importance of including meaningful messages. “In 2019 we were commissioned to do a Yemeni coffee commercial, but we decided to inject a more important message, since Trump banned Yemenis from entering the US. Yemeni Coffee can pass borders easier than Yemeni people.”

Comra also worked with Common Wealth Theatre on a show called I Have Met the Enemy (and the enemy is us). Part techno party, part investigation and, above all else, a call to action, the political theatre show asks us to take a close look at the UK arms trade and its consequences. The Comra team managed and filmed the Yemen part of the show.

“The show asks audiences to take a close look at the UK defence industry and the role we play – as a nation and as individuals – in conflict and occupation around the world. It was performed by Palestinian actor Mo’min Swaitat, who grew up under military occupation and former soldier Alex Eley, who served two tours in Afghanistan. Both are techno DJs.”

The pair reached out to artists in their network and artist Shatha Altowai was selected to play the Yemen. “It was a really exciting project to be involved in. We are passionate about projects that take a critical look at the status quo and get people thinking about their preconceived ideas about things – both inside and outside Yemen.”

Comra has now launched a film development grant and mentorship programme for documentary and fiction films, and their first ever online film festival “Yemeni Film Days’.

“Running online programmes and courses used to be really hard to do remotely, but with the pandemic, all sorts of digital tools have become available so we can do all sorts of programmes and events now – courses, workshops, masterclasses, one-to-one mentorship, competitions, film festivals, screenings and live Q&A sessions between filmmakers and their audience.” 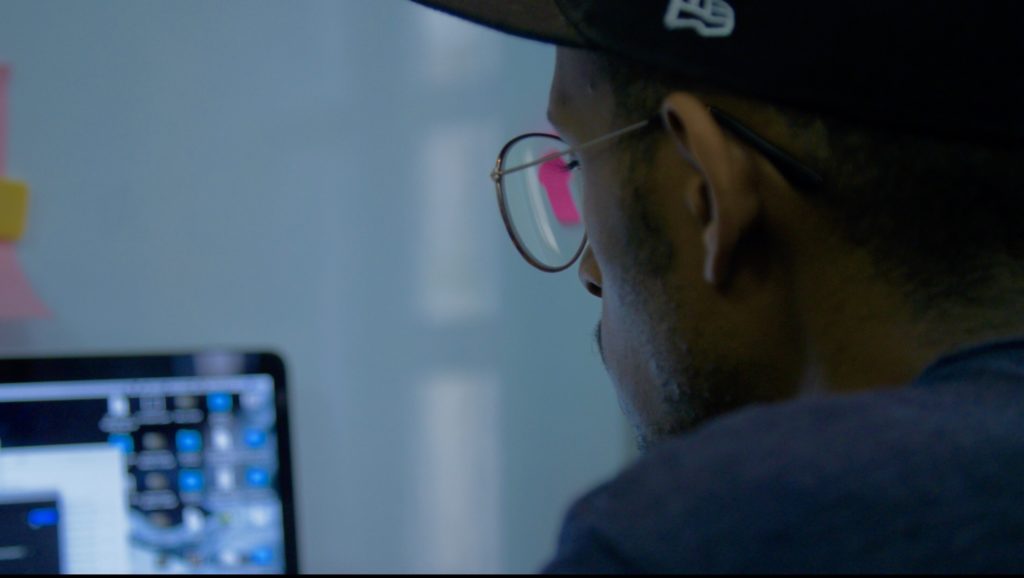 The pair are used to working remotely, or ‘long-distance’, as Yousra runs the production side on the ground in Sanaa and Sara runs the Academy training and foundation from Amsterdam, where Comra is registered as a non-profit foundation, enabling her to pull resources and partnerships from outside Yemen.

As Comra is not attached to any state institutions or political factions and does not receive funding from any other stakeholders, it is through the support of training, mentorship and networking with leading film experts that its platform and network can strengthen the capacities of young Yemeni filmmakers – so they can continue to project their vision of a future onto the screen and share it with the world.

“We want Yemeni filmmakers to be independent after this experience,” Sara adds, “to network, to produce, to travel and to engage socially and creatively through cinema.”

AtlasAction: Comra welcomes donations that go directly to its film training programmes in Yemen. If you’d like to support them in-kind (in the form of mentorship, collaboration or partnership), contact Comra here.

The creative producers behind WADUP are making podcasts with teens across the world. Meet generation podcast.   "Our ultimate goal...
See more 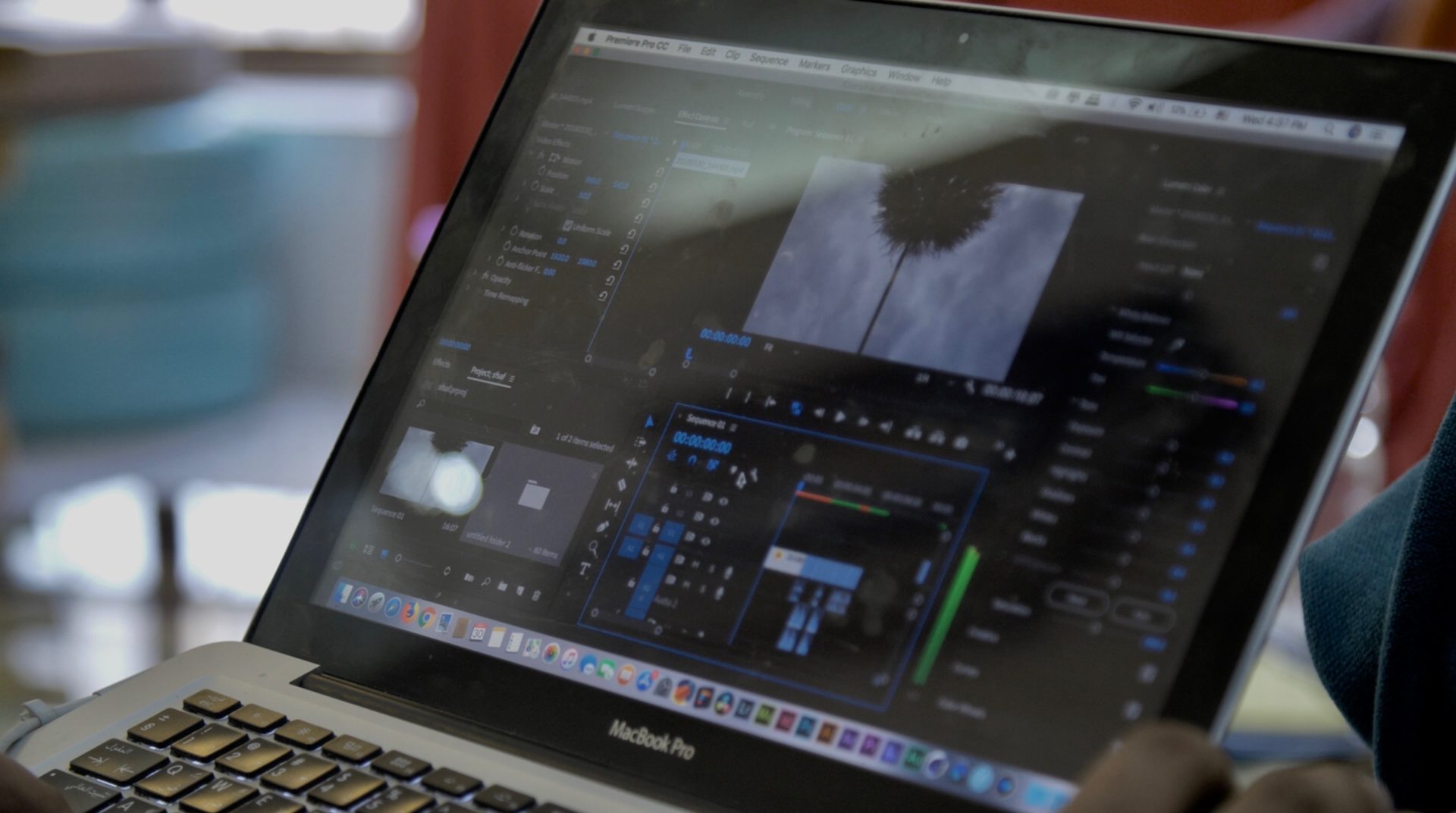 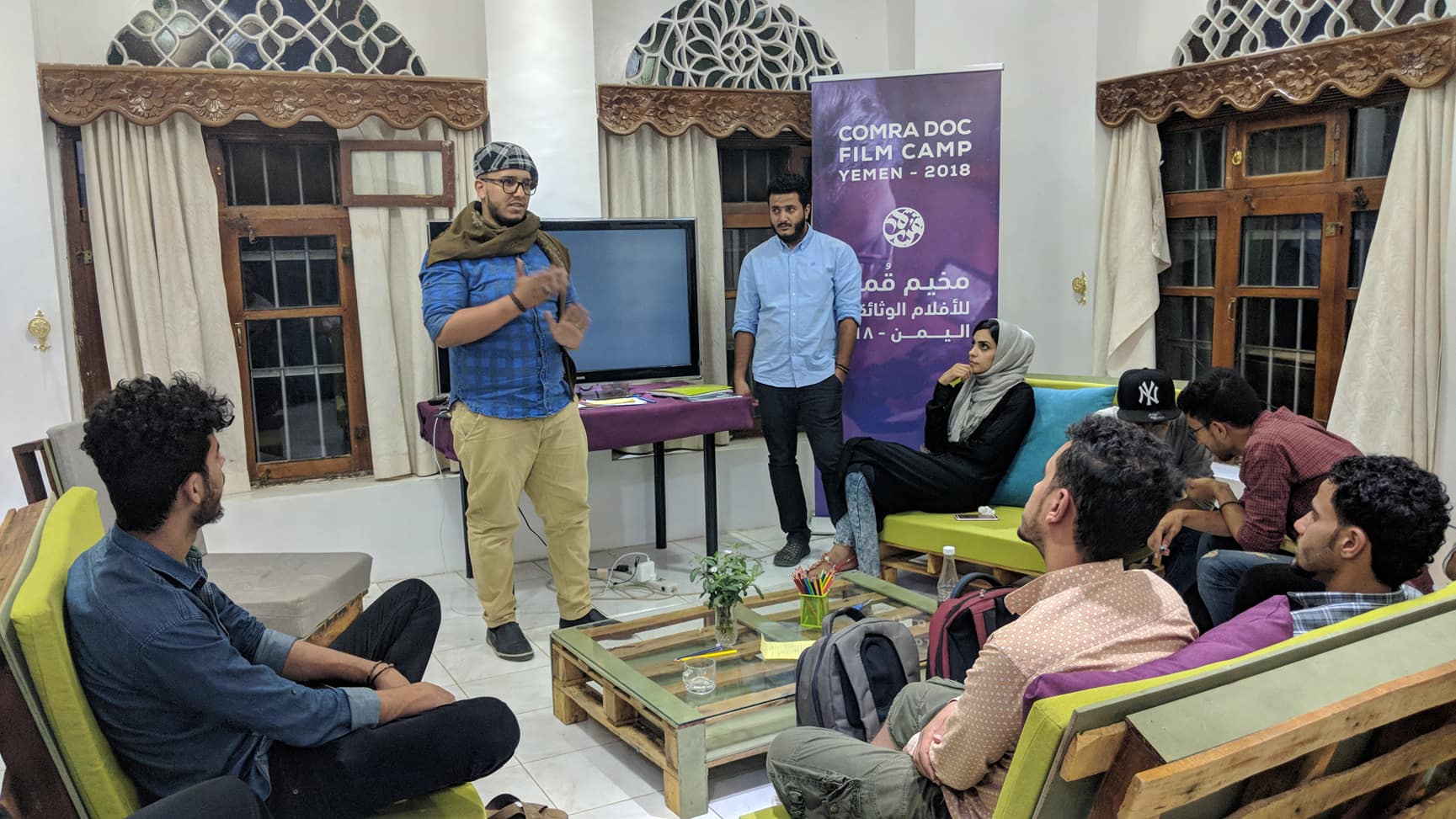 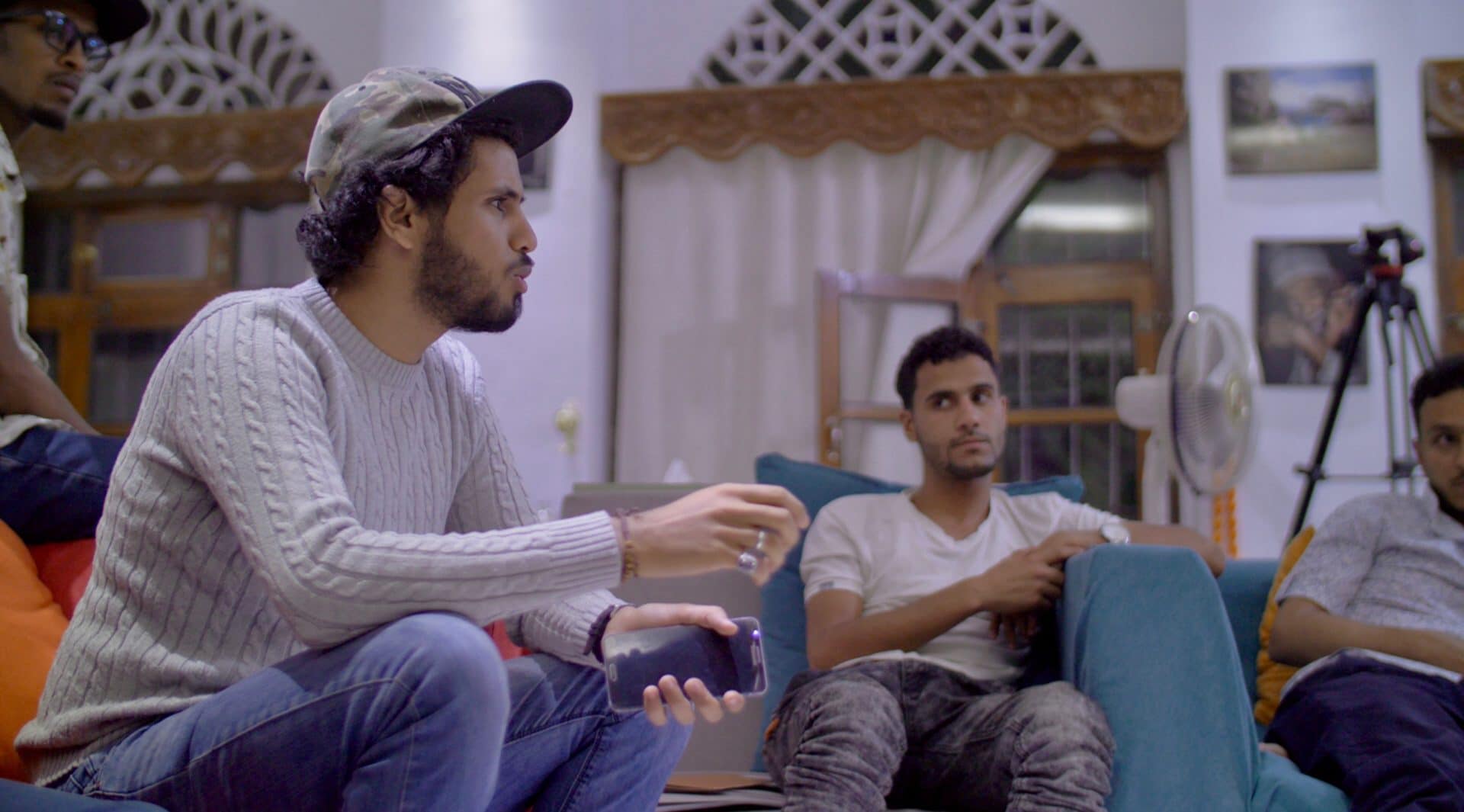 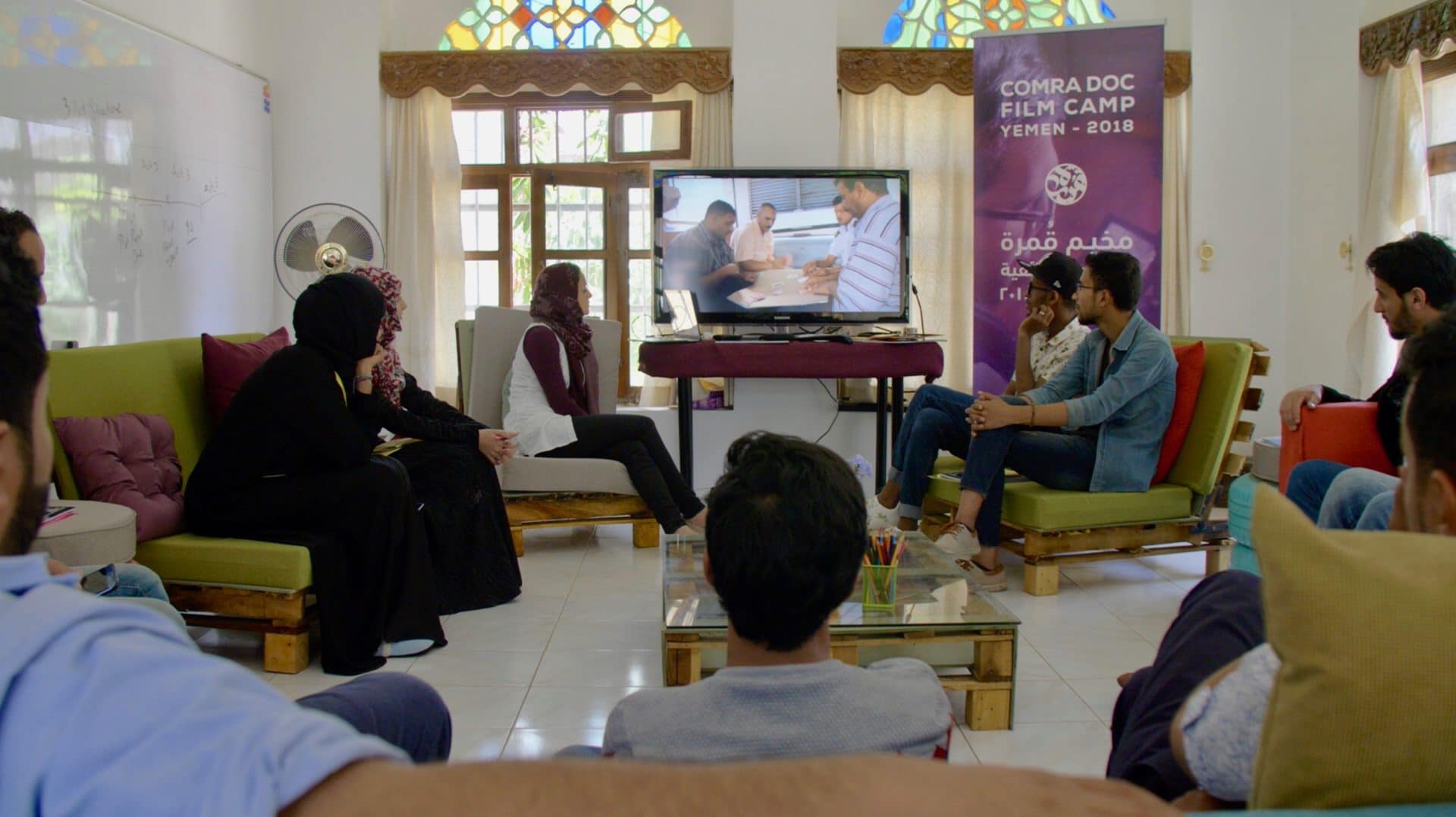 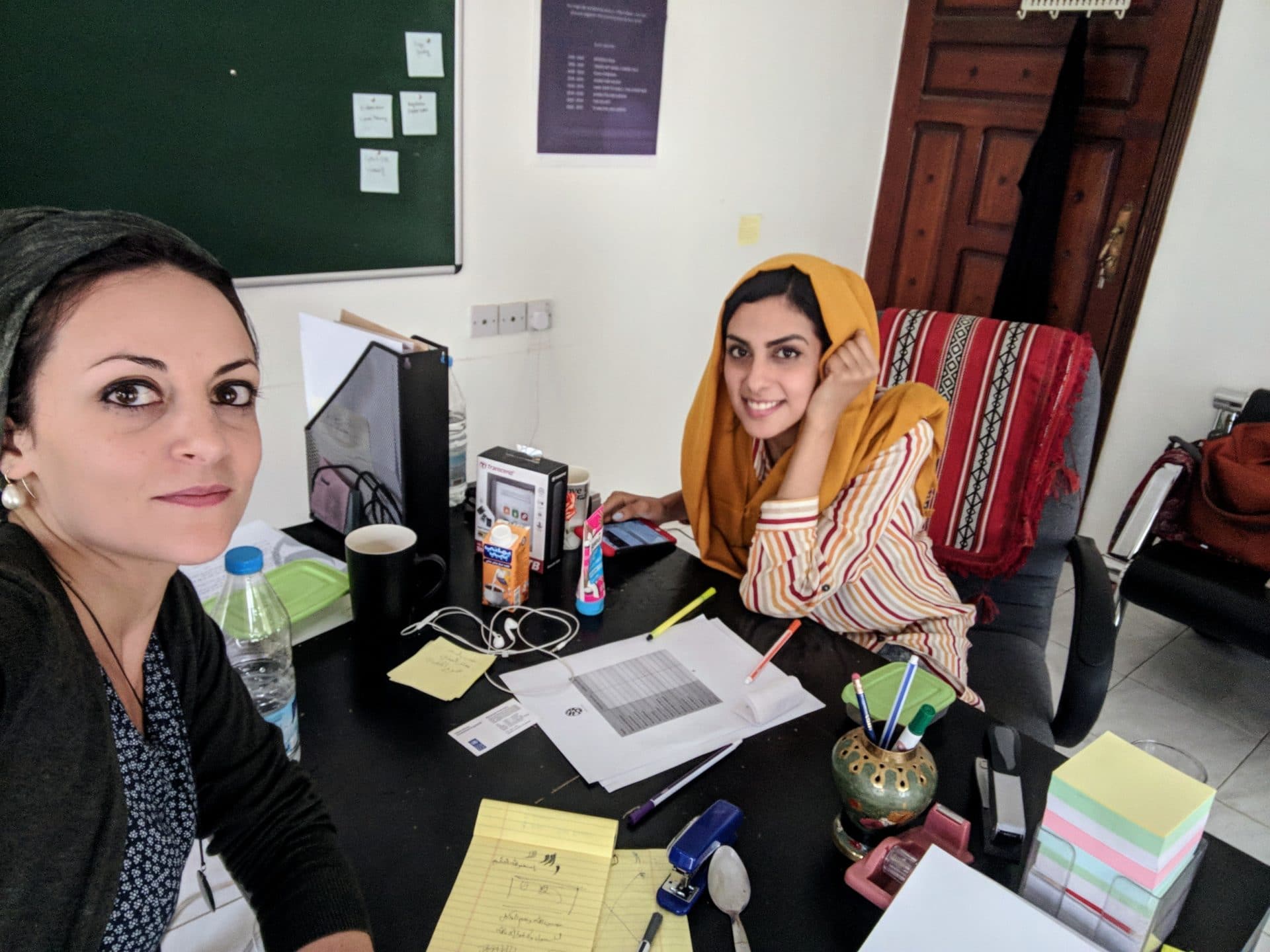 The creative producers behind WADUP are making podcasts with teens across the world. Meet generation podcast.   "Our ultimate goal...
See more