“It’s possible at a neighbourhood or city scale for us to completely overturn how change happens” Imandeep Kaur, CIVIC SQUARE.

Ever felt frustrated at just how “meta” the world’s problems are? Wondering whether to give up, lay on the couch and eat a cheese burger? CIVIC SQUARE, an initiative that sees the neighbourhood as the most important unit of radical societal transformation, is here to convince you to get down to your local community centre. Why? Because your local neighbourhood could well be the unbeknownst central node of global change.

CIVIC SQUARE is built on the premise that in times of huge transition, certain infrastructures – like libraries, health systems and so on – play a key role in humans’ ability to deal with the emerging world and all the new practices and information it brings with it. Anticipating the huge social, economic and political transition that was coming in a world faced by several connected crises – from growing inequalities to the climate crisis – about a decade ago, Immy Kaur and her team began to ask “what is the infrastructure that we need for this transition?”.

They landed upon local neighbourhood infrastructure as the answer, and started to work on enacting radical change at the micro-level to “make our neighbourhoods incredible convivial spaces”, where you can live, walk, cycle, play, eat and work collectively and have “access to the majority of things you need”. With this lens, Immy and her colleagues believe they can radically change the world one locality at a time. 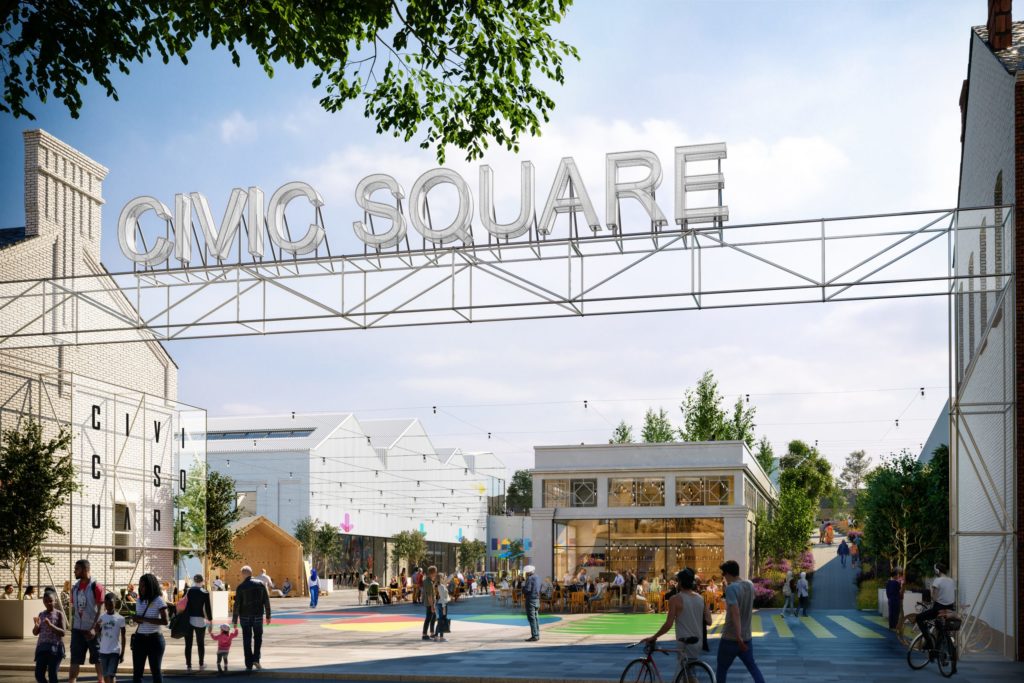 Placing itself at the heart of an (as-of-yet undefined) neighbourhood in Birmingham, UK, CIVIC SQUARE is working on becoming “a public square, a neighbourhood lab, and a creative + participatory platform focused on regenerative civic and social infrastructure within neighbourhoods”.

The initiative works across three interrelated layers. The first layer is a physical public space in Birmingham: a literal civic square. Immy describes this layer as “a bold, regenerative, capital project [that will] revive and repurpose old industrial buildings to reimagine and collectively build a vibrant, well-resourced, 21st century place where communities gather”. 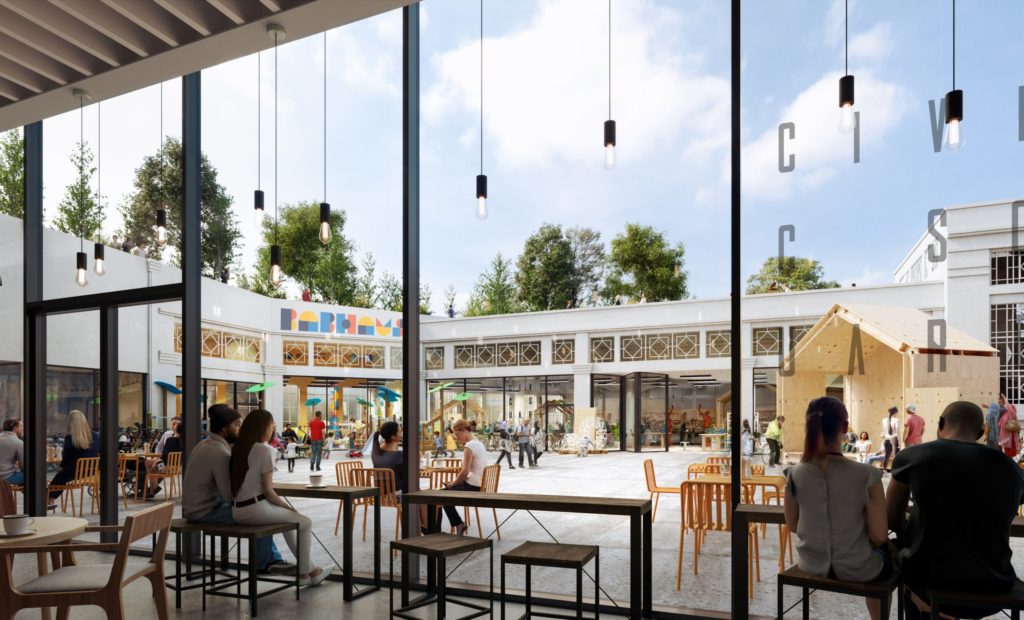 The square will serve as the neighbourhood nucleus, providing a site where people can come together to create, work, eat, play, experiment, and re-imagine their local area and, in turn, society as a whole. A local commons, the CIVIC SQUARE will promote sharing, growing, and building together, with the community exchanging money, skills and time to build collective assets that “act as a local economic [and social] multiplier” for positive change. The project will also involve the construction of a purpose-built home developed by and for children and families, called the BABHaus (note: not to be confused with the Kebab house.)

The second layer will involve rethinking financial and legal frameworks so that they better facilitate communities building the neighbourhood infrastructure they need for radical transition. Working from the belief that “the [current] real estate [and economic] model doesn’t work for social change”, in the words of Immy, CIVIC SQUARE will collaborate with two of the organisation’s existing partners – Dark Matter Laboratories and Doughnut Economics Action Lab (DEAL) – to “test and experiment with bold ideas” with and for local residents.

As Immy points out, figuring out how to finance civic infrastructure is “about land values.” Even though the public pushes up land value via common social and cultural capital – for example by making an area cool via artistic work or local greening projects – much of the surplus economic value produced is often locked into private developers’ and owners’ hands (when property prices go up and they rent or sell.) 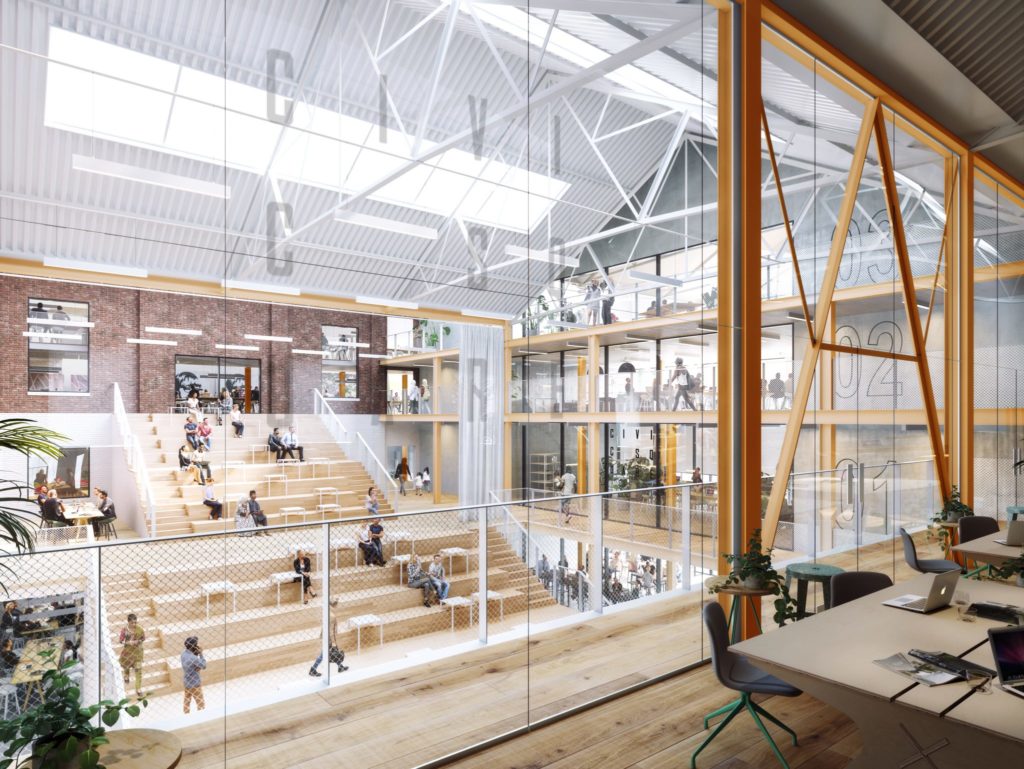 With the goal of producing a set of “interconnected frameworks” embedded in indigenous, activist practices (for example, Dark Matters Lab’s concept of the smart commons), CIVIC SQUARE will look to co-create 21st century, circular financial mechanisms that feed added-value back into the community – in Immy’s words, like the “blockchain version of Parish tax”. These mechanisms should spur local development that has in-built societal benefits (for example local house-building or greening that also creates jobs) and recaptures some of the funds typically lost in current development processes. This layer will also include the collective’s so-called Department of Dreams, a platform for “boldly and creatively imagining regenerative futures”.

The third layer of CIVIC SQUARE will involve setting up a participatory and creative ecosystem to ensure neighbourhood-building activities are driven by “native creatives”. The initiative will connect the local community to the pioneering work of artists, creators, and activists via everyday participatory events, opening up culture and art to all corners of the community.

To do this, the CIVIC SQUARE team will work with a network of residents, citizens and organisations from the area, such as Liz Pemberton, Craig Pinkney, Eat Make Play, Edgbaston Reservoir Consortium, USE-IT, DIME Studios, The Real Junk Food Project, Places of Welcome and others to “collectively map, learn, platform and surface local creatives” who can work with them to re-imagine, design and engender better neighbourhood futures. 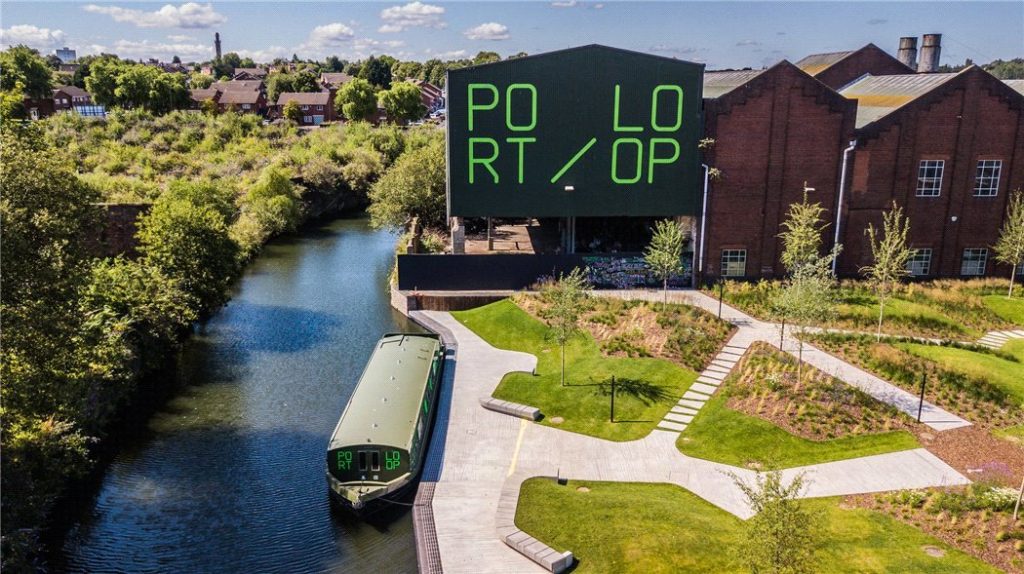 Over the next 2 years, the organisation aims to raise £10 million of “patient, regenerative capital” to finance this multi-layered, long-term vision. In the immediate-term, the CIVIC SQUARE team is based on a canal boat and is focusing on rolling out the set up phase: a prototype community space called The Front Room. The Front Room will serve as a space for the team to “test, learn and grow smaller examples” of their vision with and for the local community before launching the full project. 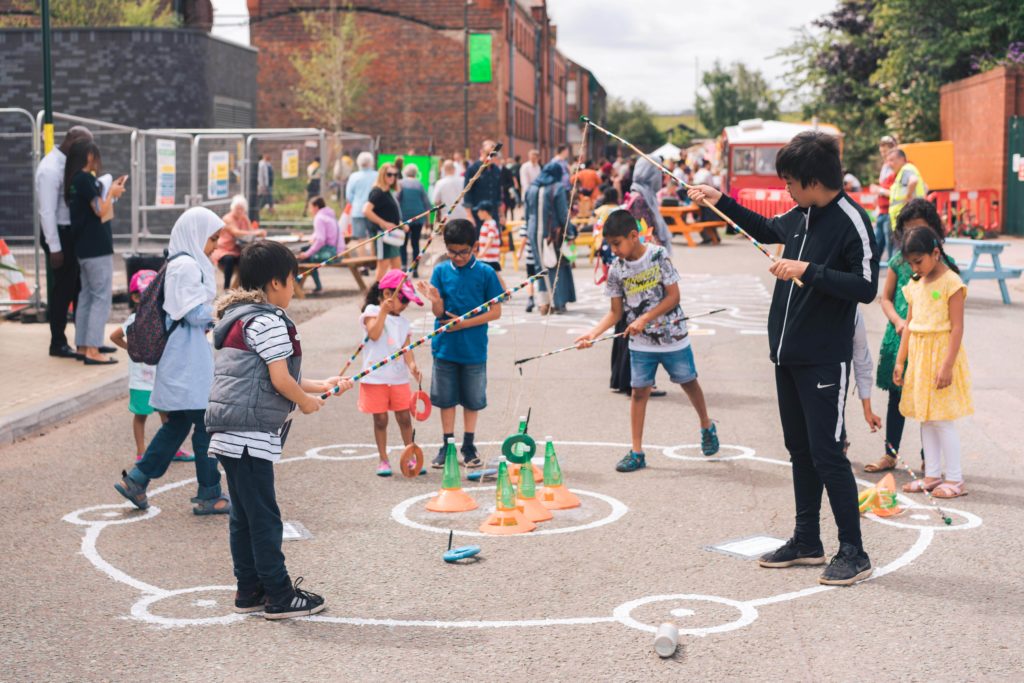 AtlasAction: If you would like to discuss CIVIC SQUARE’s plans in more detail, visit The Front Room canal boat for a tea or coffee. Want to donate to the cause? Then get in touch with them via their website.

🎟️ AtlasEvent: Immy will be joining Fixing the Future Festival ► Get your tickets and come reimagine our cities from the neighbourhood up.