Like it or not – and the international pharmaceutical industry doesn’t – an Indian drug company is boldly reverse-engineering and selling high quality copies of drugs cheaply. Cipla could indeed be India’s first company to manufacture new drugs for the coronavirus treatment.

“We are worried about the uncertainty of the coronavirus and its spread. It is our nationalistic duty to put all our resources to benefit the country.” – Yusuf Hamied

It all began at the turn of the century in Mumbai.

Providing a turning point in the history of AIDS therapy, on 6 February 2001, the 80-year-old pharmaceutical company Cipla (Chemical, Industrial and Pharmaceutical Laboratories) developed a revolutionary anti-HIV drug ‘cocktail’ made up of three drugs – Nevirapine, Didanosine and Zidovudine.

Then it shocked the world by offering it to poor African countries and aid groups for $350 a year, prompting several major pharmaceuticals to lower prices. At less than a dollar a day, that was one thirtieth of the standard price. Today one in three people living with HIV in the world are taking a Cipla drug for treatment.

Described by the New York Times as an “outspoken buccaneer” Dr. Yusuf K. Hamied (pictured below talking to Mahātmā Gandhi), pioneered anti-AIDS treatment and pushed the envelope in patent law. The triple combination anti-retroviral (ARV) could make billions for Western companies with patents, but in India ‘biosimilar’ copycats can be sold cheaply. This is all perfectly legal in the developing country where saving lives is considered more important than profits. Since 1972, Indian Government policy has dictated that, in food and health, you cannot patent a product; you can only patent a process. 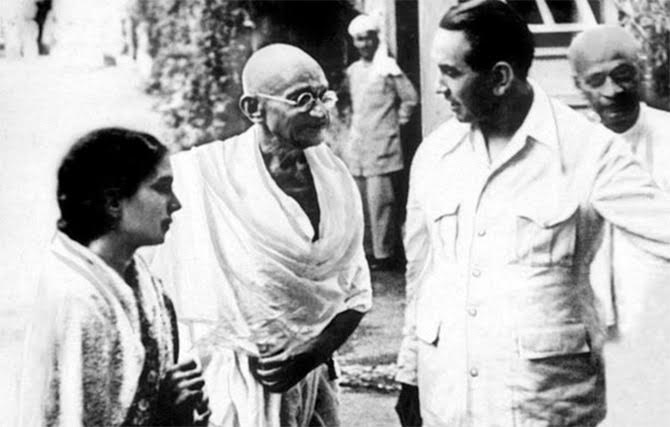 Now a leading global healthcare company, having treating many millions of patients across 170 countries, Cipla are still driving prices down for much-needed medications. Their vision ‘None shall be denied’ comes with a goal to ensure that every patient has access to high quality, affordable medicine and support. Their rigorously monitored medicines, approved by the FDA and WHO, have earned the business $2 billion in revenue. Their motto is “None shall be denied”.

Cipla now produces one third of the AIDS medications used in Africa. Other successful copies include Nuzac, a substitute for Prozac, and the superbly-named Erecto, the company’s equivalent to Viagra. The group has also manufactured a less than a dollar anti-malaria drug and offers free ARV technology to help other companies wanting to produce their own drugs.

For the coronavirus treatment, Cipla has joined forces with the Council of Scientific and Industrial Research (CISR) and Indian Institute of Chemical Technology (IICT) to develop a drug that can fight viral diseases – including coronavirus. IICT has taken up the task to develop the active pharma ingredients for the drug. When they are developed, Cipla would then manufacture the drugs.

Next up in Cipla’s crusade for low-cost pills is cancer.

To the giant pharmaceutical players who invest billions of dollars in research, the now-retired Yusuf is the enemy. To us, the pirate messiah will always have a claim to be the Robin Hood of pharma. As he puts it, “There’s a Jewish phrase that says, ‘If you can save one life, you’ve saved the world.’” Try millions.

Games can transform how we live, work and play. This UN programme proves how people of all backgrounds and ages can show...
See more

Games can transform how we live, work and play. This UN programme proves how people of all backgrounds and ages can show...
See more