Artist collective Basurama makes creative use of waste in order to re-think our relationship with unsustainable ways of living.

Basurama (a play on the Spanish word for trash) is an artist collective dedicated to research, cultural and environmental creation, and production, whose practice revolves around the reflection of trash, waste and reuse in all its formats and possible meanings. 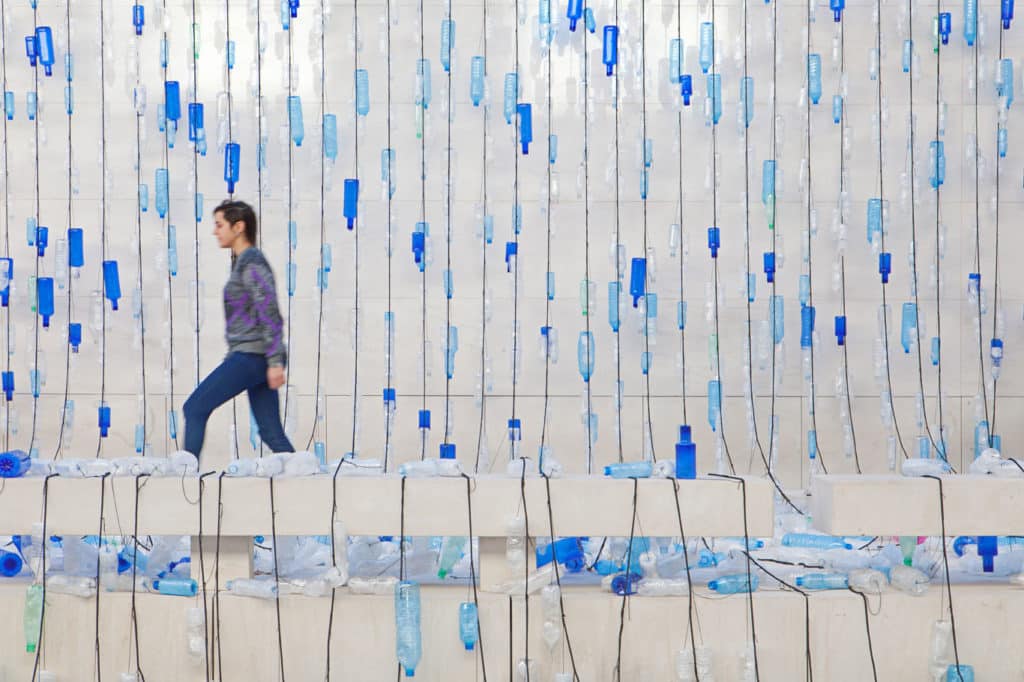 Initially established from the Madrid School of Architecture in 2001, Basurama studies the mass production of waste, real and virtual, and produces creative alternatives that spark different ways of thinking and alternative attitudes to consumption. The aim is to not only challenge the way we use resources, but to also question our way of thinking, working and perceiving reality.

Basurama has developed over 100 projects in four continents, working on activities such as workshops, presentations, concerts, screenings and publications. They also seek to establish a platform to connect people from various social contexts, thereby becoming a creative node and a meeting space. 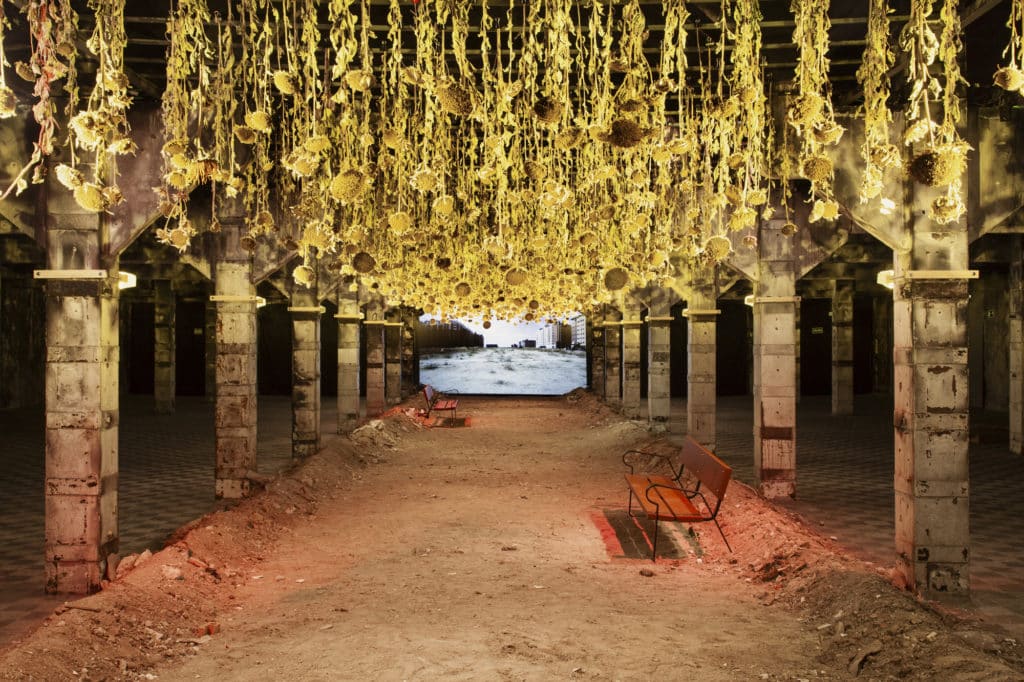 Collective member Mónica Gutiérrez Herrero explains that the philosophy that drives Basurama is the importance of learning by doing, having fun, playing and experimenting. Through this process Basurama seeks to make the invisible—rubbish, implicit knowledge or relationships—more visible, and to use them as a tool for reflection.

What kind of future are they trying to create? A better future for everyone. As Mónica explains:

“We live, as we well know, in a capitalist and increasingly hyper-individualised model; our objective in Basurama is to create a space for disentanglement from this model that allows us to think of alternatives to it. We believe in art as a tool for social change, but also that in order to achieve this change we must strengthen and recover the bonds of cooperation and coexistence that have been diluted in the construction of society.” 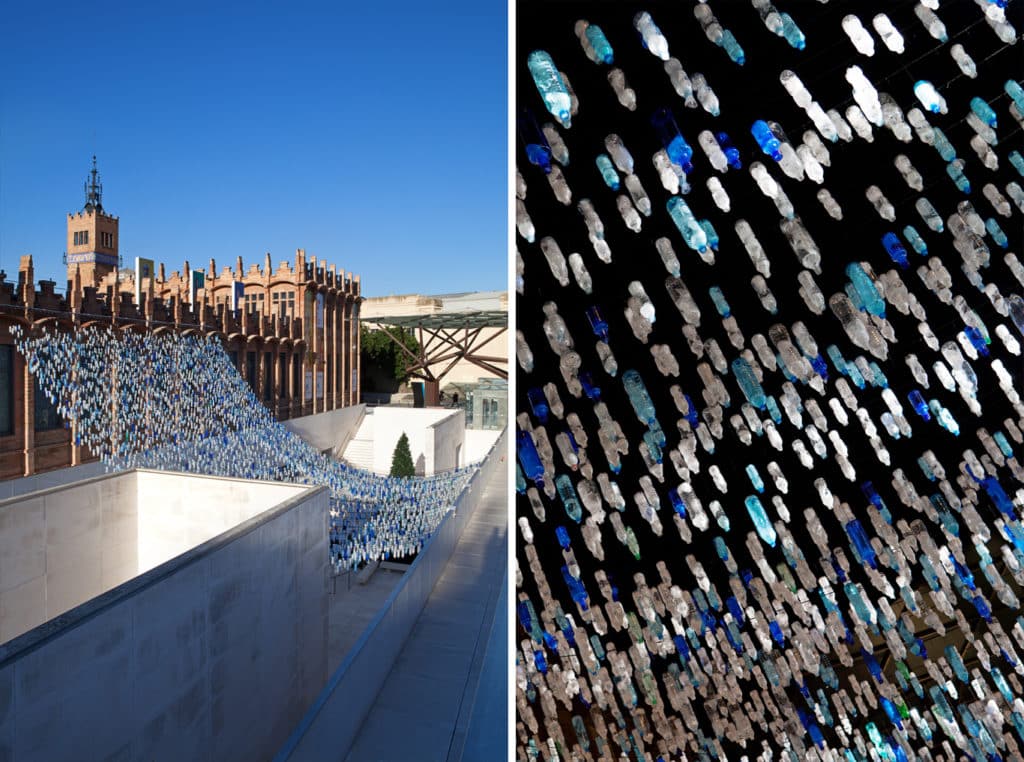 A big part of Basurama’s work is focused on the process rather than just the outputs (such as an exhibition). For them art and culture come from the community, not just artists or institutions. As a result, they often work with a range of people, from the cleaners and the security guards in a museum context (in order to source rubbish for a project, for example) to the management. This approach enables many people to get involved in the project and it brings out a very different discussion. Often when they are told that a certain approach is not possible, they don’t see this as a negative but rather as an opportunity to change attitudes. This is the attitude change that needs to happen on a wider scale too: to transition into a new way of doing things we need to question the way we do things now. 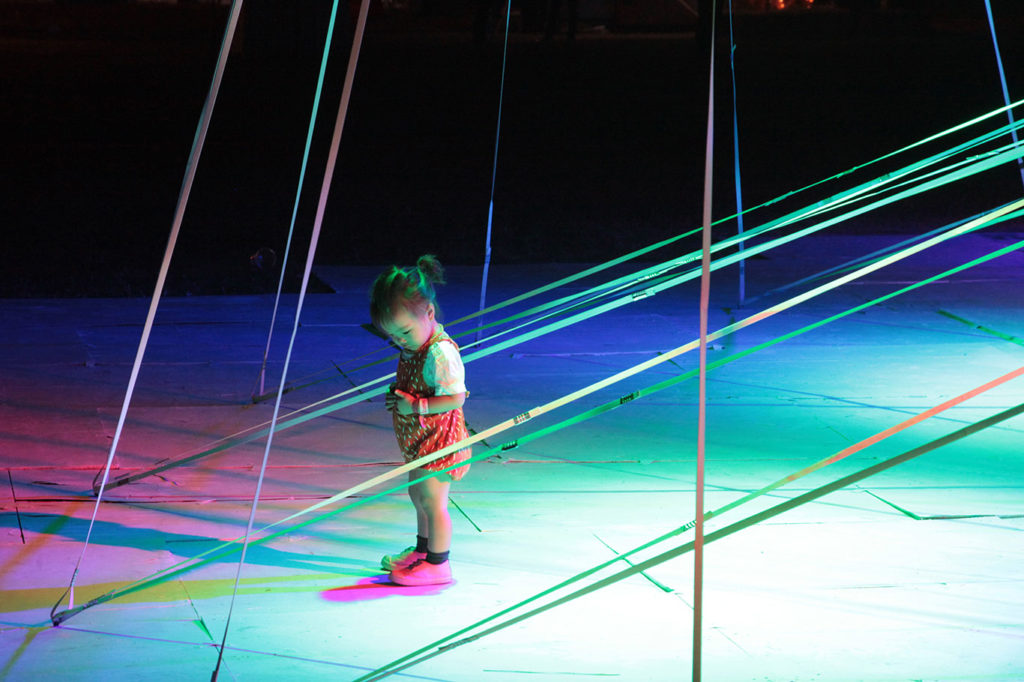 One of their key projects is Autocoles, which has been selected by UN-HABITAT as Best Innovative Practices on waste education. The project, which began in 2014 in Madrid, transforms outdoor public school spaces to make them both more green and more equitable. By using upcycled material and involving children across different classes, the project transforms their communal spaces to be more than a place for some boys to play sport.

“They are the first public space in which we interact, and where we begin to establish social relationships outside of our families”, Mónica explains, yet “they are designed from a perspective that generates tremendous inequality…in terms of gender and age.” 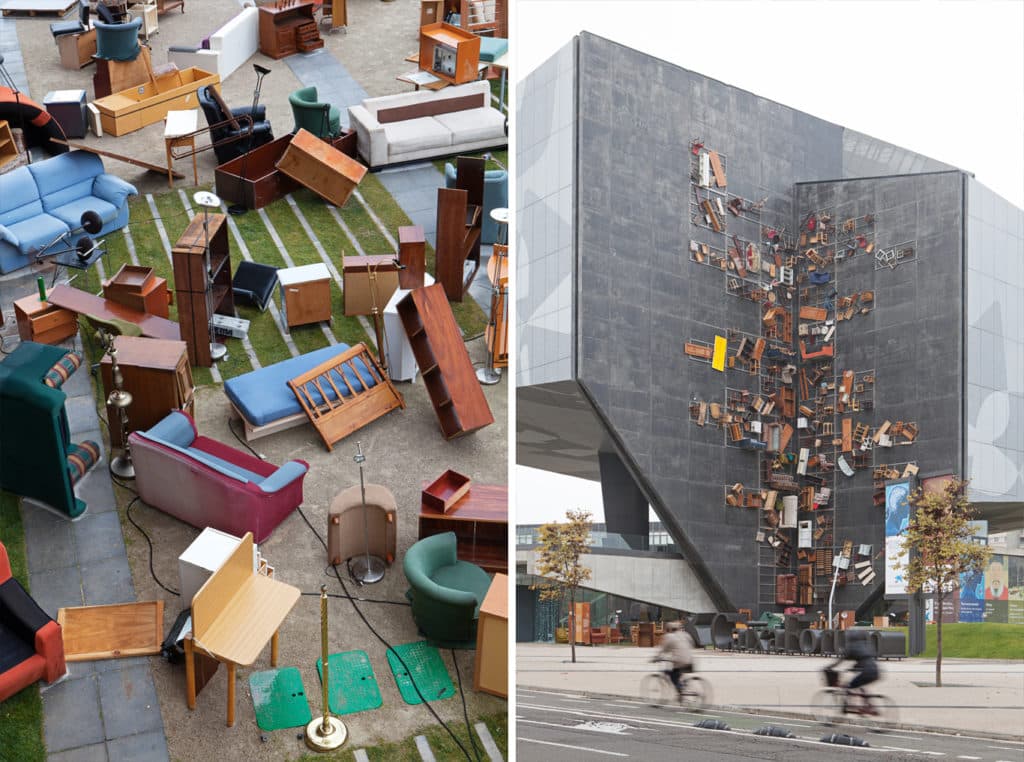 Navidad en RE, by Basurama.

Basurama uses found materials for their work in these shared spaces, and they have made their processes available to other to adapt, through their book Patios Silvestres (“Wild Courtyards”, with recommendations for the design of outdoor spaces in schools) or through  their manuals that explain how to build playgrounds with used material.

For Mónica, behind this work is the importance of re-thinking the current model:

“The general definition of climate justice, from my point of view, once again puts the human being at the centre of everything, and more and more I believe that we must begin to think of more symbiotic solutions…solutions that are based on inter-species collaborations that allow us to learn from the environment that surrounds us; other forms of evolution or of development not based on permanent growth.” 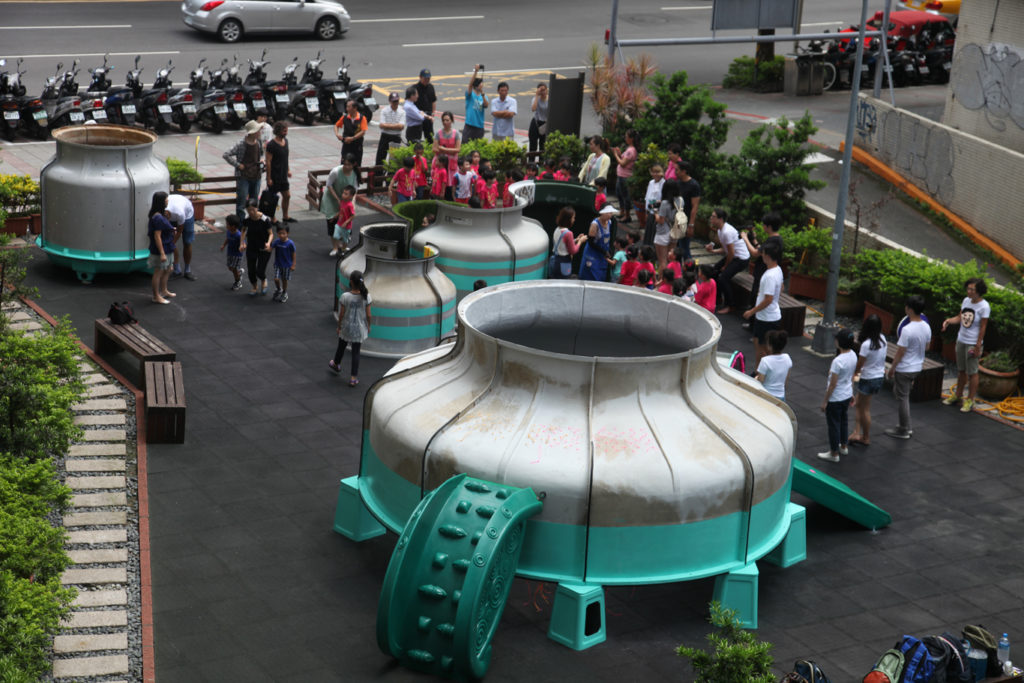 Re Create in Taipei, by Basurama.

So how can we “fix the future”? By imagining Utopias. Re-imagining. Building collectively. Re-using. Creating conscious symbioses that move the future away from an anthropic imaginary.

Innovating within an institution that is over one hundred years old is no easy feat, but that’s what Innovation Partnerships...
See more
Share this project

Innovating within an institution that is over one hundred years old is no easy feat, but that’s what Innovation Partnerships...
See more