Go online, catch a blood stall, and speed up Alzheimer’s research — by years! Stall Catchers is the game that allows anyone to become a citizen brain scientist.

The beauty of citizen science is that anyone can help researchers make groundbreaking discoveries. By dedicating a small part of our spare time to counting penguins, watching stars, or observing nature, people like you and me can play a crucial role in changing the world for the better.

“Citizen science has to be fun and meaningful to keep volunteers engaged. The goal is to create opportunities for participants to experience a shared purpose, sense of accomplishment, and measured impact.” 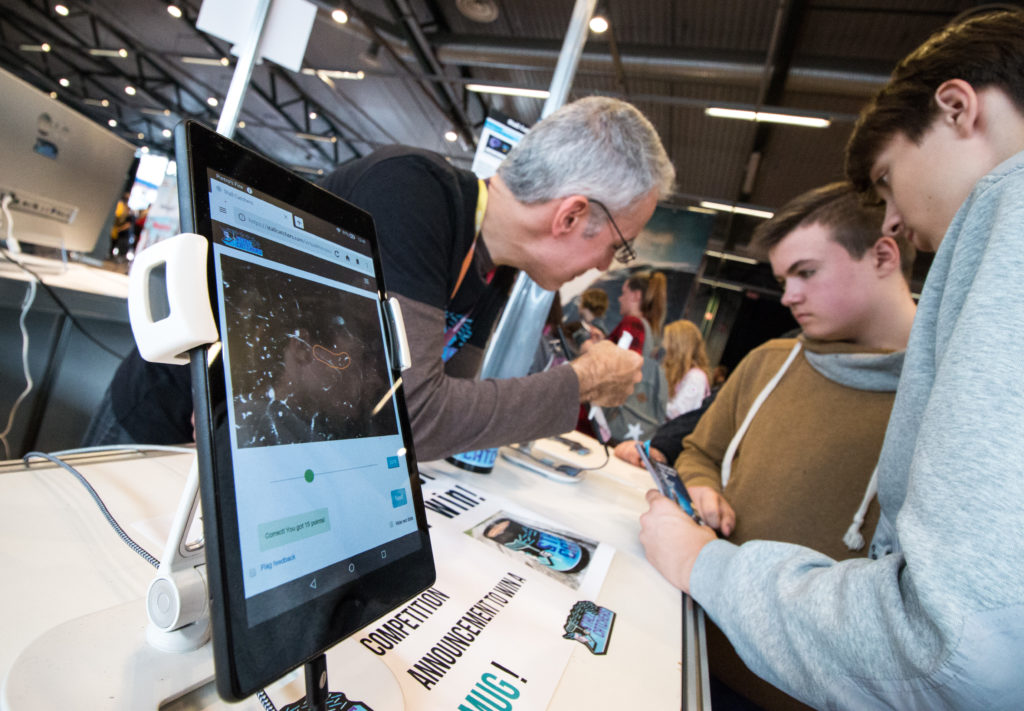 Pietro explains that the goal of Stall Catcher is simple: helping create a future where Alzheimer’s disease is treatable. It’s easy to see how its mission can unite tens of thousands of volunteers worldwide.

“It tackles a disease that people care about, it has a very supportive online community, it’s easy to learn but challenging to master, it’s competitive for some, meditative for others, and it can be done anytime, anywhere.” 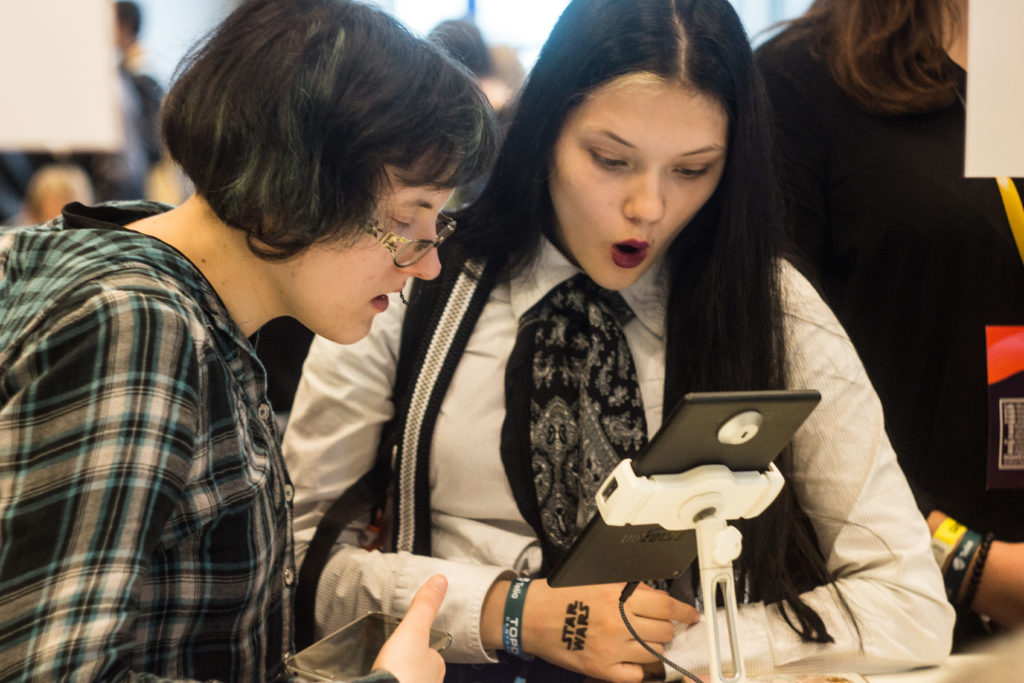 When scientists discovered a link between brain stalls and Alzheimer’s, they knew they had something big in their hands.

Brain stall
A blockage to blood flowing. Stalls reduce blood flow, and reduced blood flow in the brain has been linked to Alzheimer’s disease.

In lab studies, researchers discovered that stalls can reduce blood flow in the brain by 30%. While studying mice, they found that when capillary stalling is treated, blood flow improves and so do the memory and cognitive functions of mice affected by Alzheimer’s disease. So all we have to do now is find a safe drug that can be used on humans to remove stalling and treat Alzheimer’s. Easy, right?

Not quite. Finding a safe human treatment requires clinical trials, which can take a long time to complete. Every time a new drug is tested, scientists must count every single stalled capillary vessel in the mouse’s brain to answer the question: “is this treatment effective?” 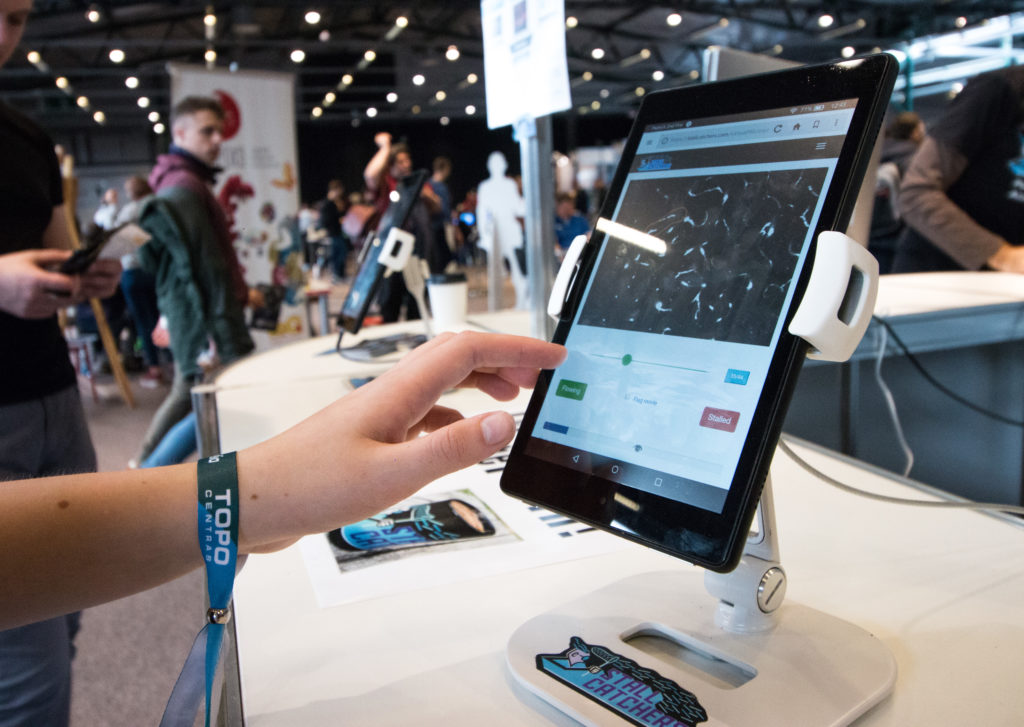 That’s where citizen scientists can help. Pietro explains: “because this counting process requires such great care and accuracy, it takes a very long time, so by crowdsourcing the task to many people, we can make quicker work of the analysis.” In other words, we can look at more brain images and find more stalled vessels, faster.

Working together, citizen scientists can identify stalls across millions of images of mouse brains, and do in one hour what takes researchers one week in the lab. Over 42 thousand ‘catchers’ (Stall Catcher volunteers) have already signed up and played the game online — you do the math.

▶️ How does Stall Catcher work? Find out in 1:30 minutes (English with Spanish subtitles)

But is that accurate enough for scientists? Wouldn’t machines be a more obvious choice? Pietro says that, at least for now, humans do a better job. In a machine learning competition, 12.4 million blood vessel annotations provided by over 40,000 human catchers were used to train 50 machine learning algorithms. The best machines could do during the competition was 93% accuracy. “So even with a human teacher, there may be aspects of the analysis that are fundamentally out of reach for today’s best AI and computer vision.” Take that, Mr Robot. 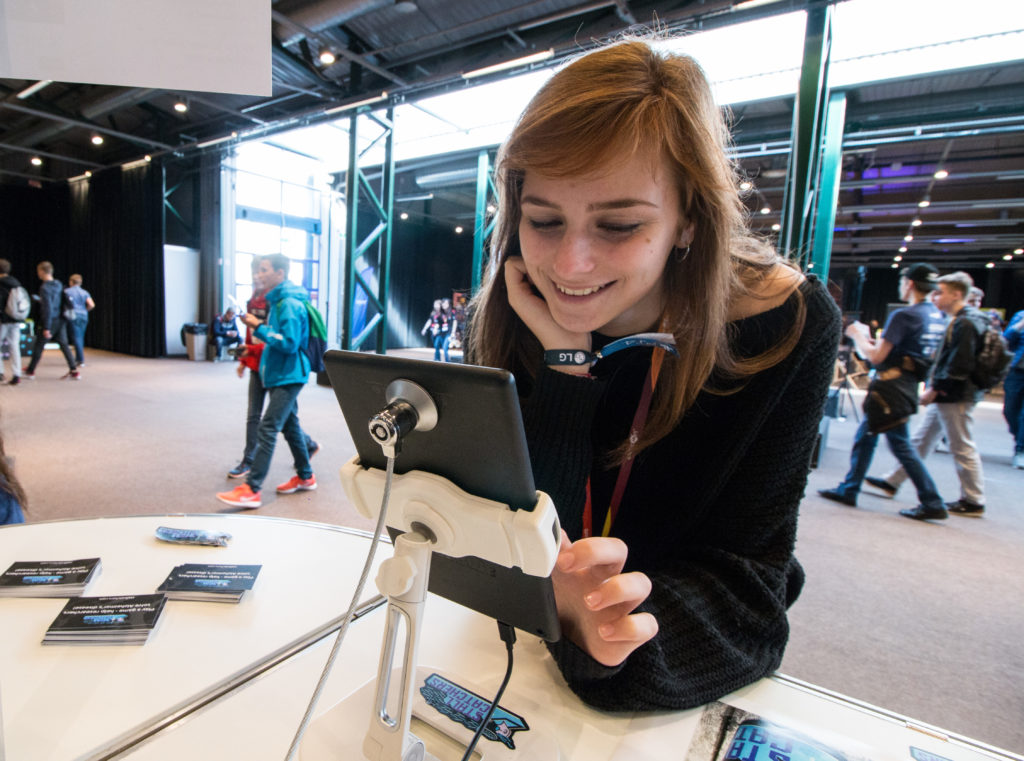 All you need to play is a device that can connect to the Internet. Credits: Stall Catchers.

Love some friendly competition? Stall Catchers’ annual Catchathon is a global event that challenges hundreds of citizen scientists and puts their stall catching skills to the test for a full 24 hours. And competition is helping kids fall in love with science. Pietro remembers that one of the proudest moments he experienced with Stall Catchers was when back in 2017, he awarded Lake Hazel Middleschool students with the world’s first citizen science trophy. “Knowing that the sense of accomplishment on their faces was related to doing science and helping Alzheimer’s research – I just felt like “this is what citizen science is all about.” 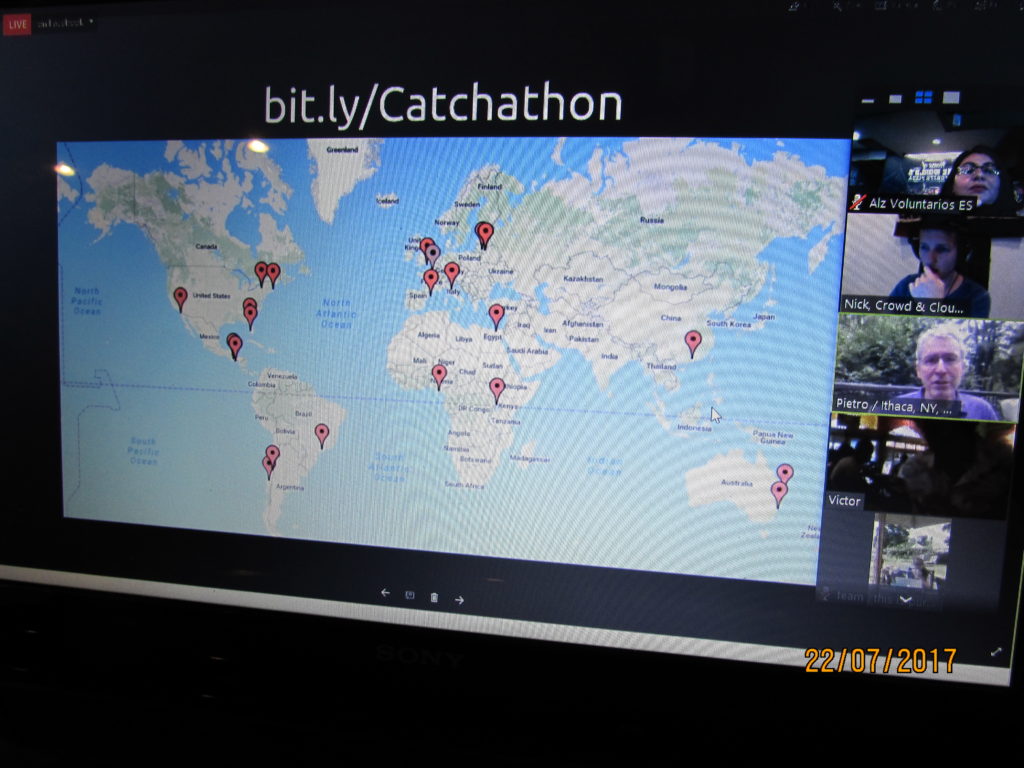 AtlasAction: Anyone with adequate vision and an internet-connected device can play Stall Catchers and join the growing community of catchers.

For those who want to fight Alzheimer’s but can’t or don’t want to play Stall Catchers, Pietro says that “there are other ways to make a difference. If you know someone who is caring for an Alzheimer’s patient, you can simply ask them if they need any help with anything. Alternatively, you can donate to organizations that fund Alzheimer’s research, like BrightFocus foundation, which gave the Stall Catchers project its wings, or you can donate directly to the non-profit Human Computation Institute, to help fund our development of new citizens science games tackling Alzheimer’s disease from other angles.”

Safetipin is on a mission to “build a world where everyone can move around without fear, especially women.”   How...
See more
Share this project

Safetipin is on a mission to “build a world where everyone can move around without fear, especially women.”   How...
See more