Skateistan started in Afghanistan as a “crazy idea” to use skateboarding for empowerment. Now it’s opening a fifth school, so more children can be driven by their own curiosity.

“By combining skateboarding with creative, arts-based education, we give children the opportunity to become leaders for a better world.” – Oliver Percovich

The inspiring short documentary Learning to Skateboard in a Warzone (If You’re A Girl) tells the story of a class of young Afghan girls learning to read, write and skateboard. The heart-wrenching Oscar and BAFTA-winning film follows Skateistan, a nonprofit that began as a skate school in Kabul in 2007 and grew into a multinational educational initiative. There, girls are taught to have courage and are given the skills to prepare them for life in Afghanistan and beyond. 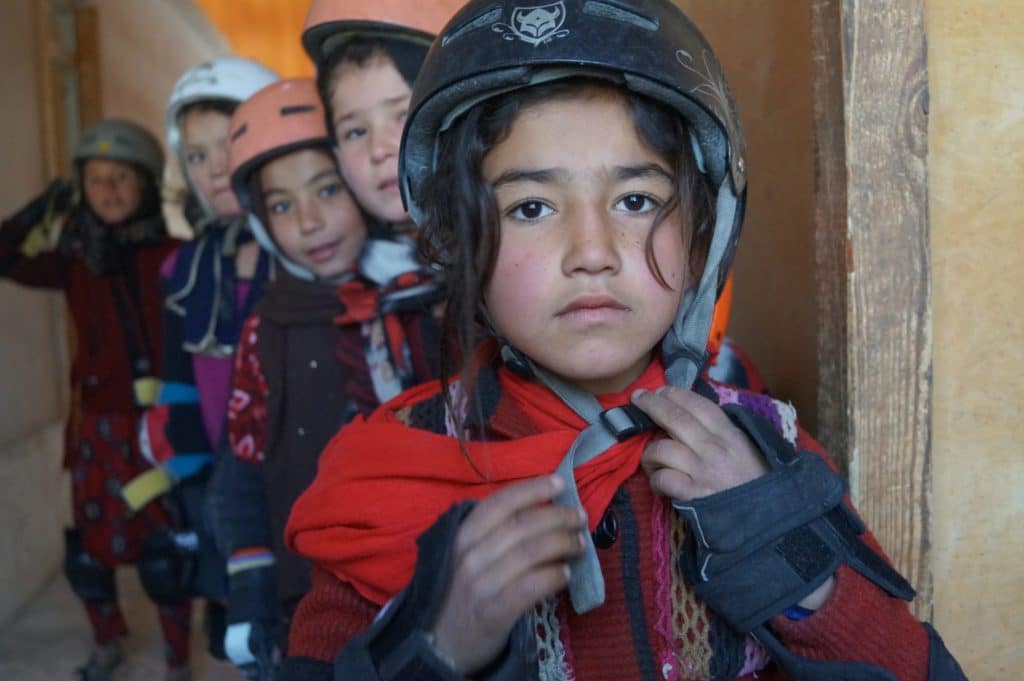 Skateistan started when passionate skateboarder Oliver Percovich found himself ‘rolling’ the rugged streets of Kabul. Captivated by how children gravitated towards his board when they tried it out, the Australian saw a connection that could help create bonds beyond social barriers.

Since there are cultural limits to Afghan girls playing football, riding bicycles or participating in other traditional male-dominated sports in a society that is rigidly restrictive of women’s lives, skateboarding provides a loophole that gives girls a family outside of their homes. So Oliver decided to set up a nonprofit organisation which uses skateboarding and education for youth empowerment. 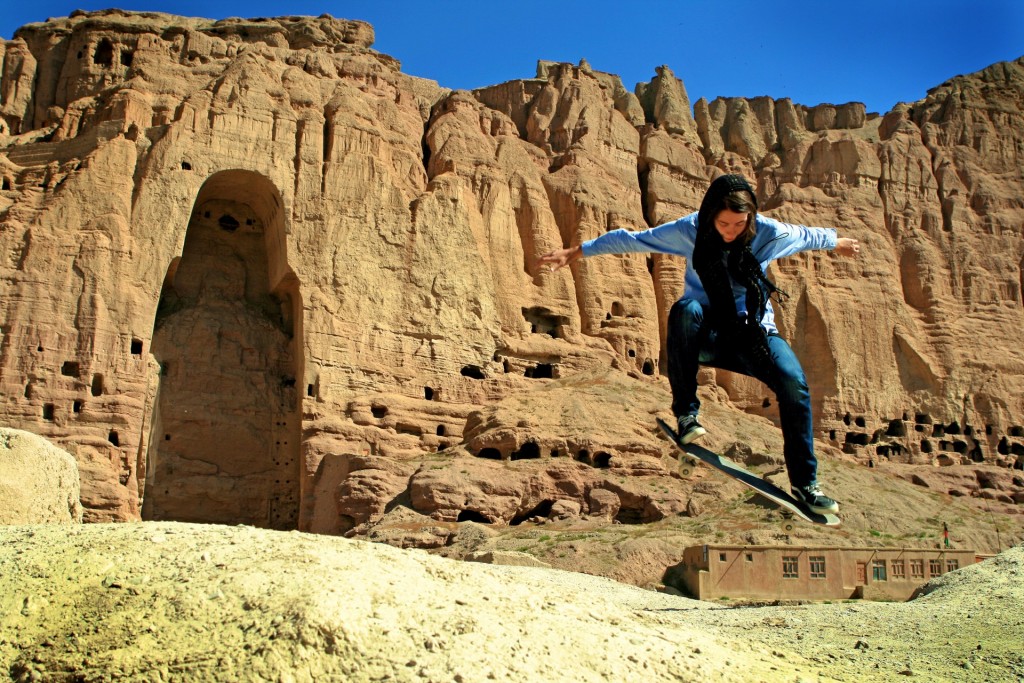 Although it started in Afghanistan, Skateistan now runs in Cambodia and South Africa (pictured below) too, welcoming youth of all sex, ethnicity, gender, religion or social background to their Skate Schools: “Our focus is on groups who are often excluded from sports and educational opportunities, especially girls, children living with disabilities and those from low-income backgrounds. We provide safe spaces where children can have fun, build their skills and confidence and break down social barriers by making new friends.” 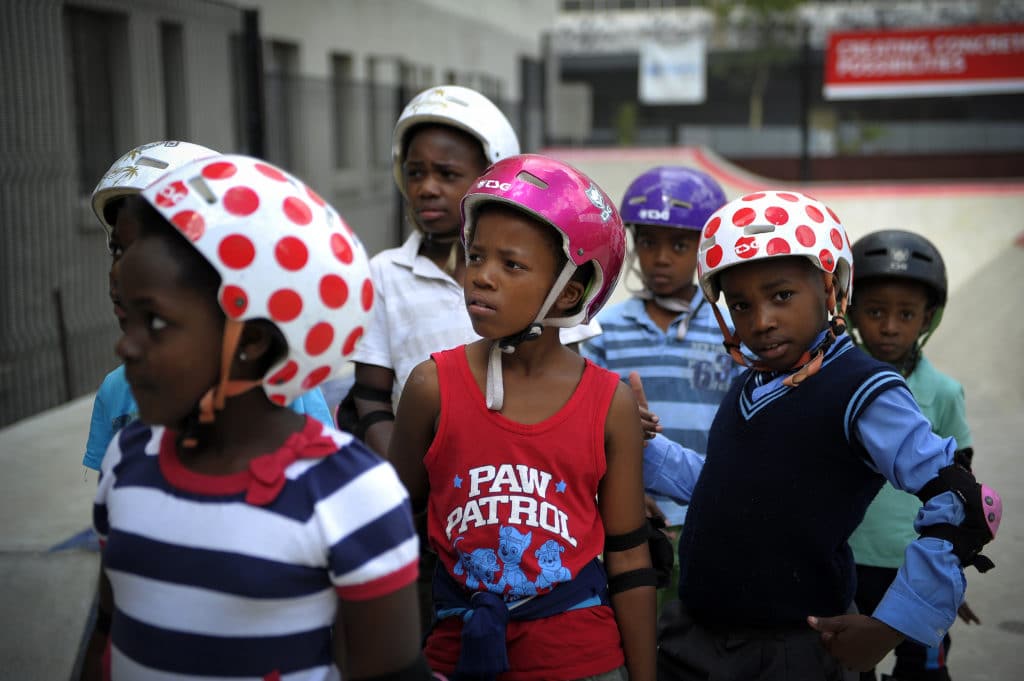 Today, the fifth school is under construction in Bamyan, Afghanistan, as a safe space where learning and skateboarding come together. Pro skateboarder Tony Hawk is on the Skateistan board: “The Bamyan Skate School will be a safe place of inclusion and creativity where children come first to reach their full potential,” he explains. 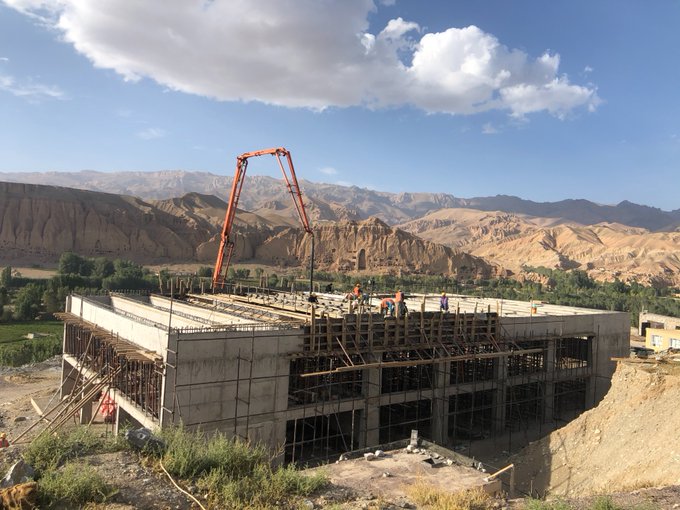 Skateistan’s Jessica Faulker told us that Skateistan is also expanding its programmes to Jordan, working with 7Hills as their partner organisation, as well as focusing on mental health in their existing Skate Schools: “We appreciate that 2020 has taken a toll on students and staff alike. We already provide trauma-informed programming and we’ll be building on this base to help children take care of their mental health and understand how to seek help when they need it. We also want to increase our inclusive programming and get better at reaching children with disabilities.”

Now with headquarters in Berlin, the award-winning organisation runs their programmes (Skate and Create, Back-to-School and Youth Leadership) in Kabul, Mazar-e-Sharif, Phnom Penh, Sihanoukville and Johannesburg – reaching over 1,600 youth aged 5-17 every week. 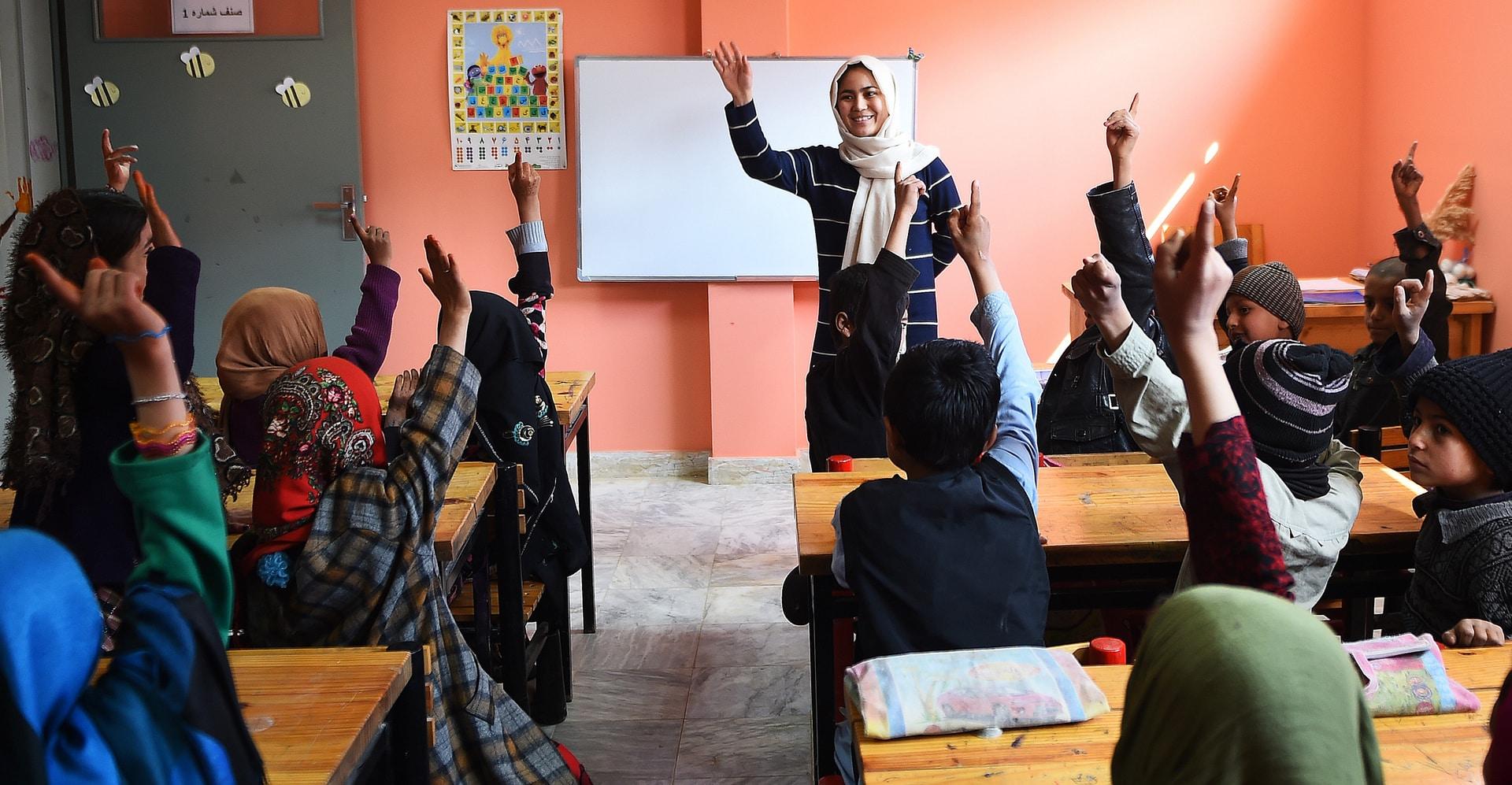 2020 has been a challenging year for many reasons, not least in Kabul, Afghanistan. For the first time since Skateistan opened their very first Skate School, they had to suspend in-person programmes, due to Covid-19 and a number of attacks in the city.

“We have been really proud of the way our teams have adapted our model to keep reaching some of the world’s most vulnerable children,” Jessica tells us. “We had to stop running in-person programmes at our Skate Schools in March due to coronavirus lockdowns in all locations, but we kept reaching out to our students. Our staff on the ground did this via phone, Whatsapp, video lessons and activity packs that were sent out to students. We communicated with parents to check in on mental wellbeing of our students as well as to understand the other factors that were affecting families. This led us to support our communities with food and hygiene supplies, as well as offering different versions of our usual lessons.”

She adds that they have seen a great deal of innovation this year and we have also seen a huge amount of kindness. “People have been reminded of what’s really important in life and we need to take forward those lessons. A lot of our students mentioned that during lockdown, they enjoyed the quiet in their cities and the lack of pollution. But we also know that children miss face-to-face interactions, as well as physical activities like skateboarding.”

That’s why Skateistan urges us to work together to make sure that everyone can recover and learn from the pandemic, and not just those in privileged positions. 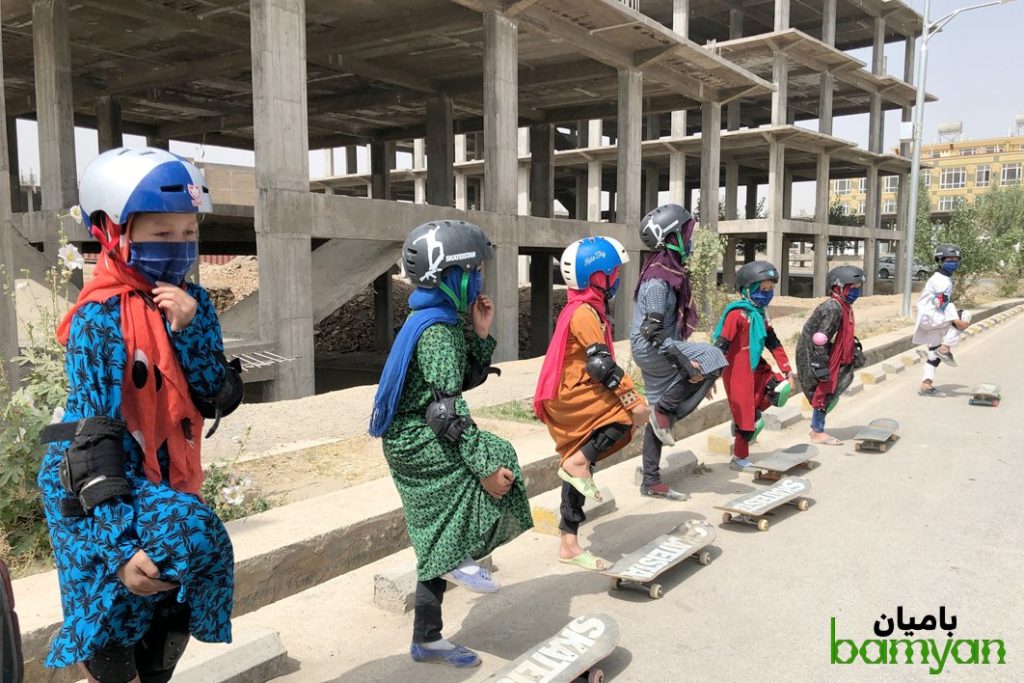 In the midst of this, Kabul Skate School celebrated its 11th anniversary, and these moments take on a special significance during harder times. “It’s amazing to think that it was 11 years ago that Skateistan, a small, crazy idea that was born on the streets of Kabul, opened the doors to the largest indoor sports facility in Afghanistan. There have been many challenges since then, but we’re so proud to still be providing that same safe space in a city that often feels dangerous. We’re stoked to have our students back in the Skate School, showing their parents and their community their amazing skills and courage. 2020 has been tough, but we’ll remember it for the things we learned and the resilience and determination of our staff and students to keep going and keep shredding!” 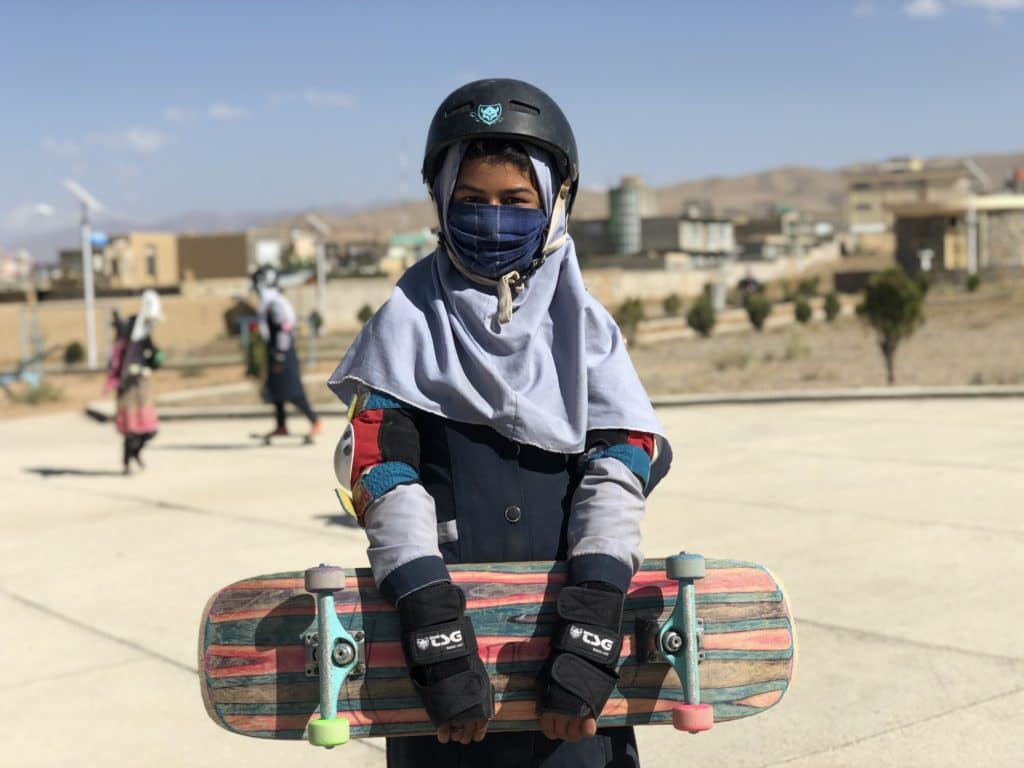 “Skateboarding is now the largest female sport in Afghanistan,” Oliver adds. “But skateboarding itself doesn’t unlock new opportunities. The key is the power of sharing something you love and, with persistence, it can grow into something quite unexpected and truly amazing.” 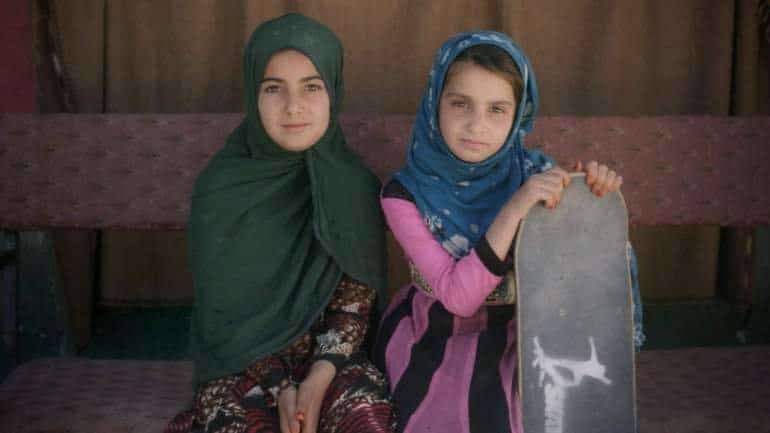 In August 2021, Skateistan had to suspend operations in Afghanistan. The project says: “We will not turn our backs on the hundreds of children who look to Skateistan as a haven. Rebuilding in Afghanistan is one aspect of our new chapter.” They’re currently continuing their projects in Jordan, South Africa and Cambodia and looking into ways to return to Kabul. But they also plan on reaching more children across the globe and getting the whole world rolling. The goal? Opening 20 new locations worldwide and supporting 4,500 kids each week. 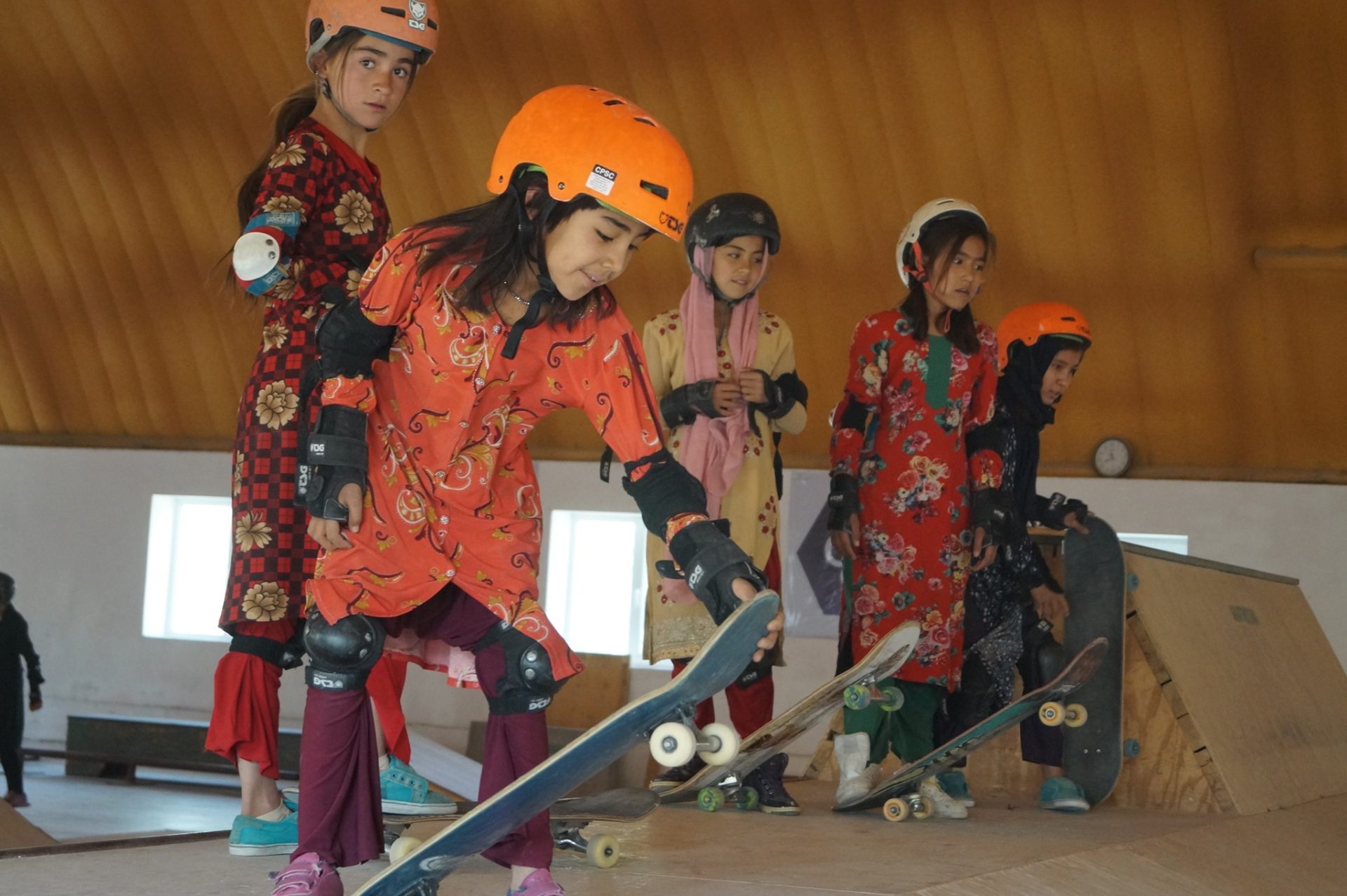 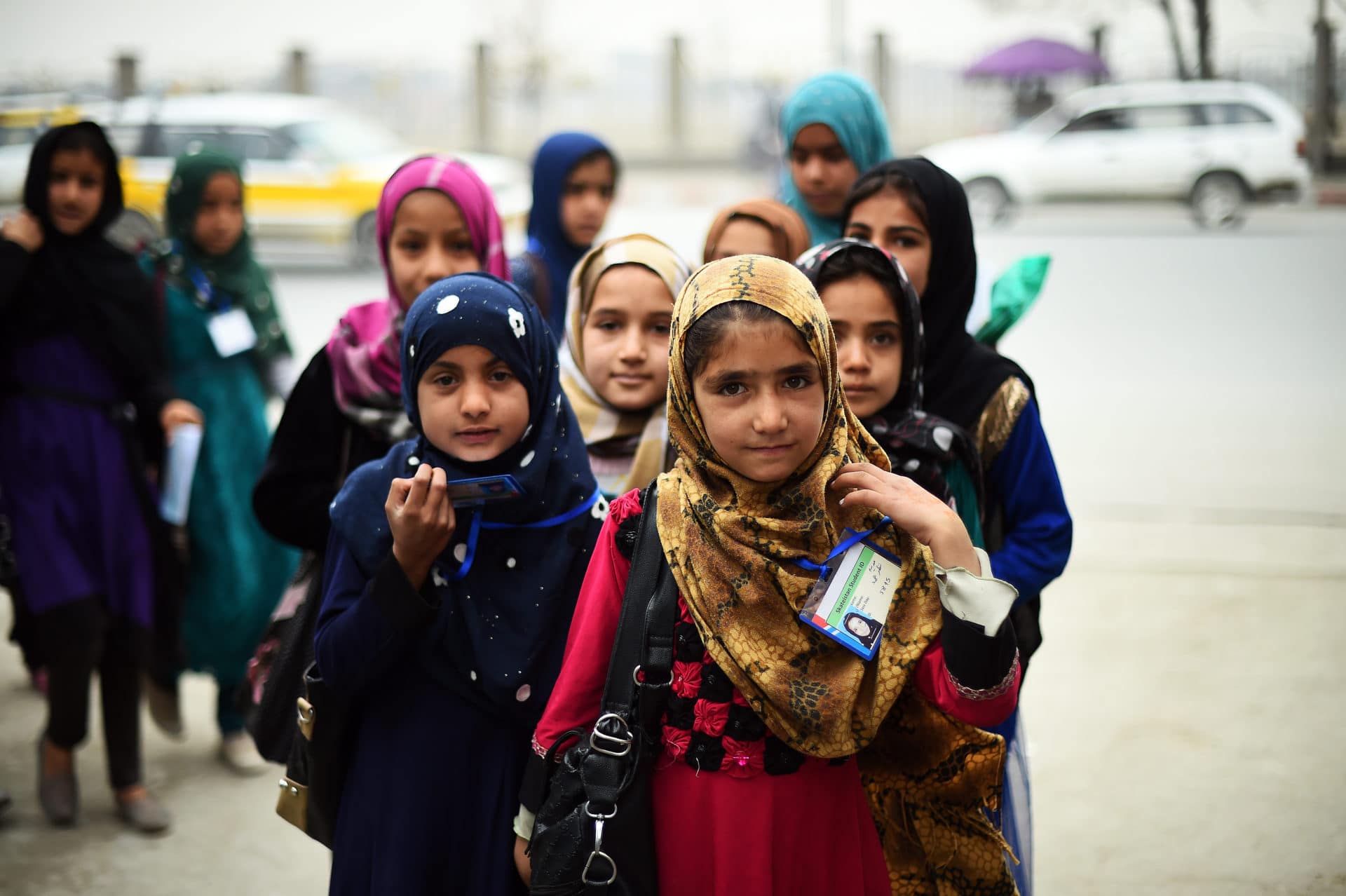 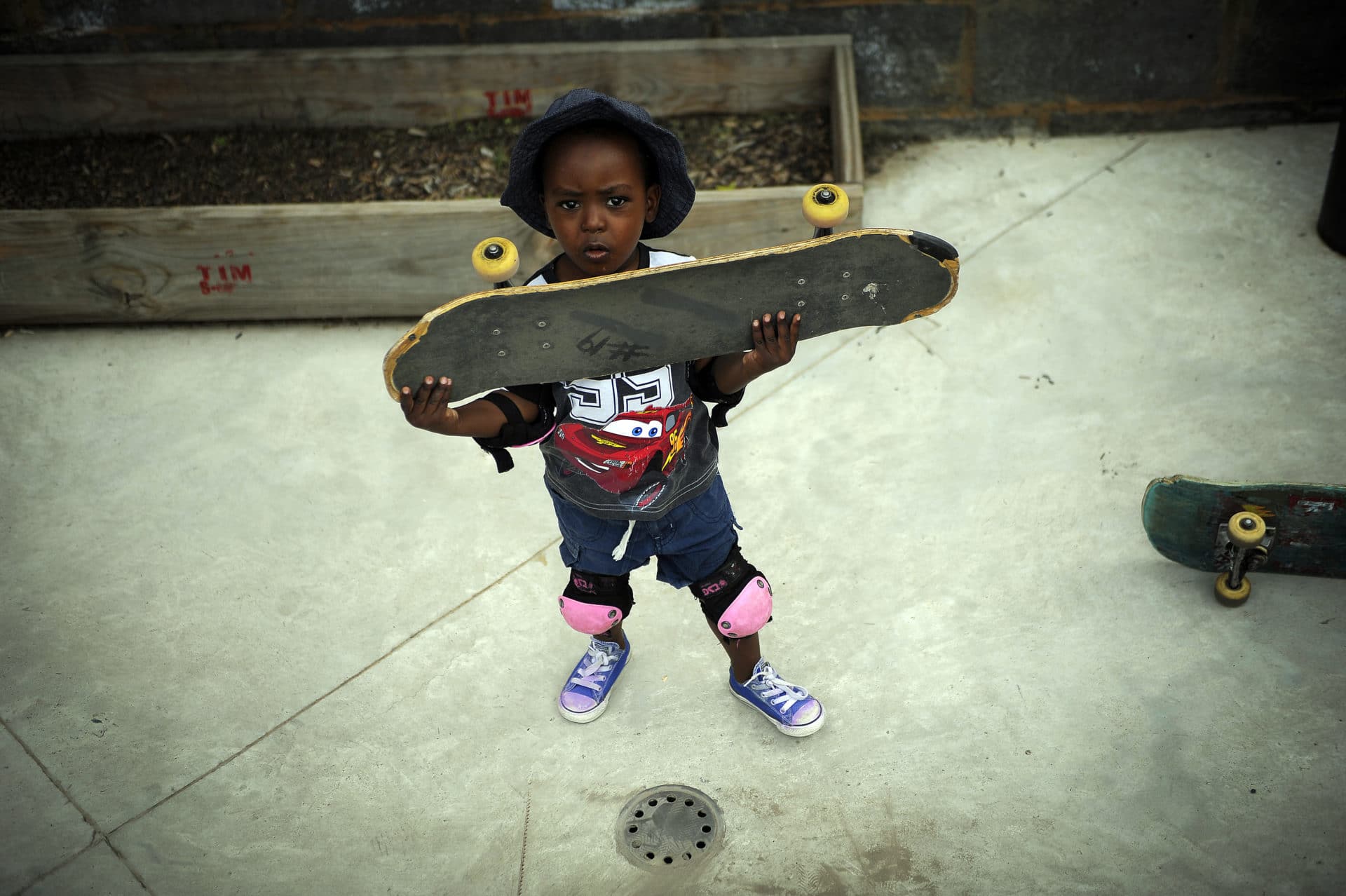 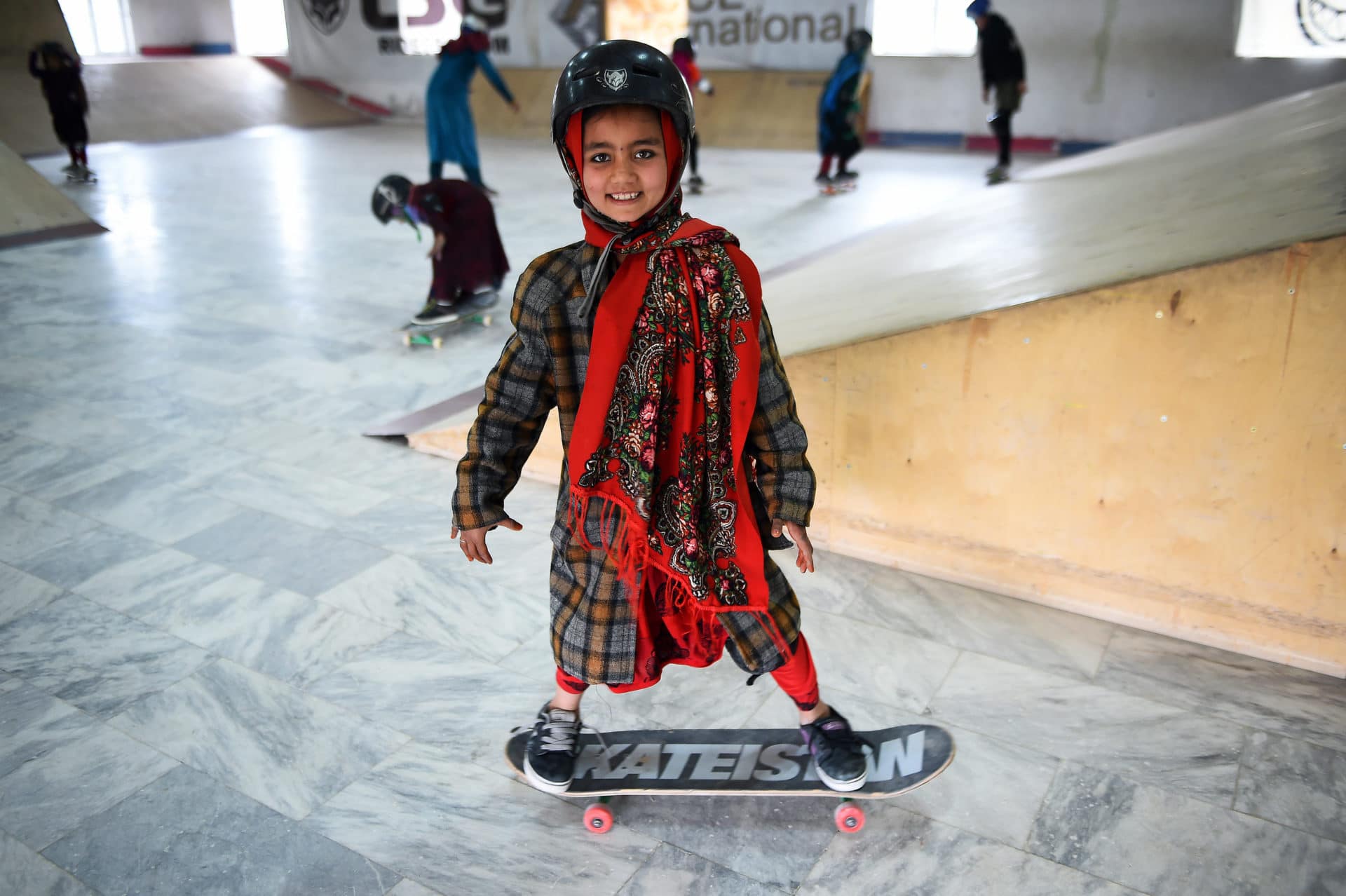 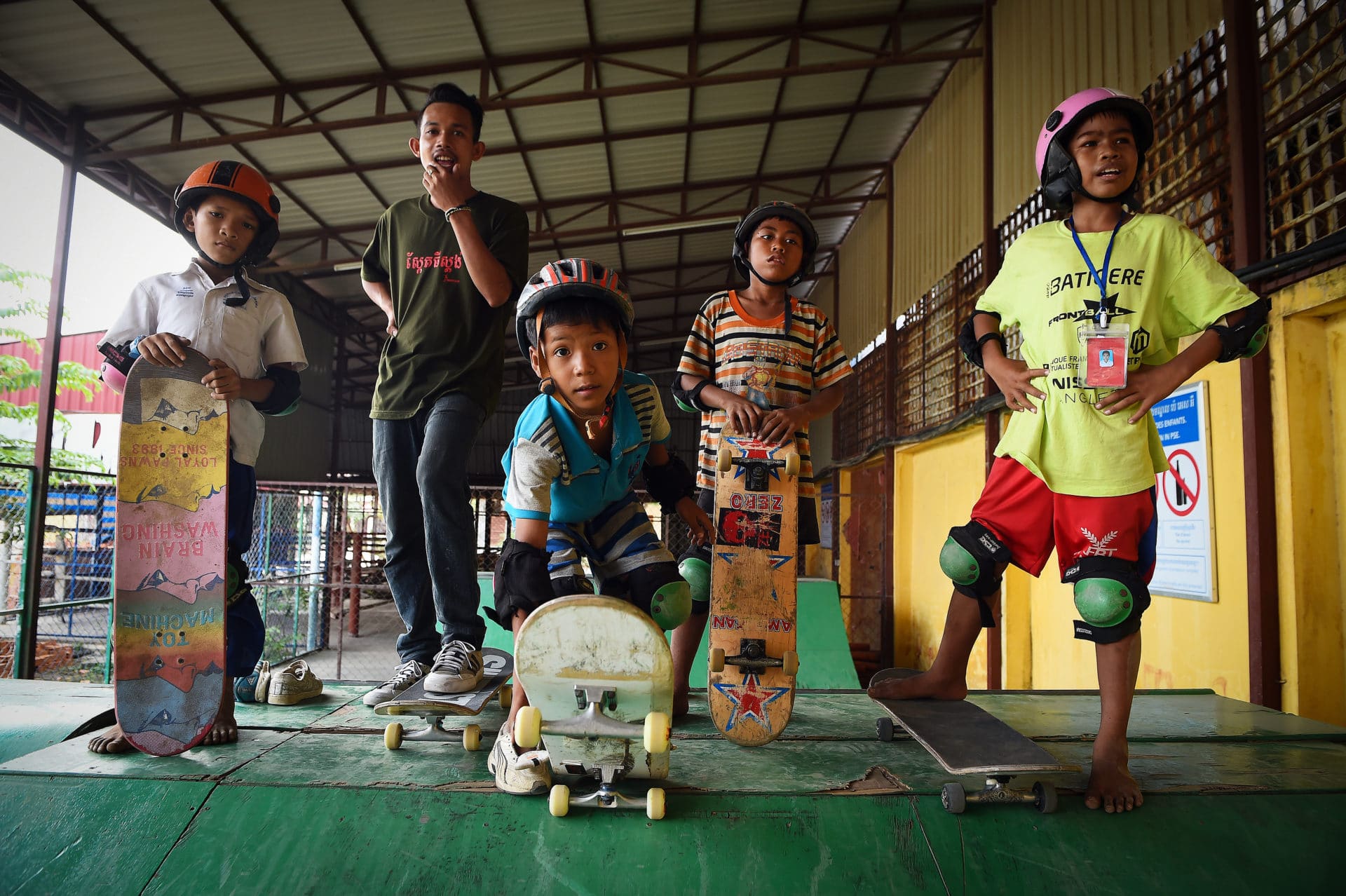