Did you know that the planet’s topsoil is the world’s largest living entity?

A handful of rich soil is a teeming playground for 8–10 billion microorganisms. It’s this microbial powerhouse that makes soil the largest natural water reservoir, the greatest carbon sink and one of the best regulators of climate systems. Though it takes up to 1,000 years for 2–3 cm of soil to form, we’re losing this precious resource at the rate of 30 football fields per minute. One man is on a global mission to stop humanity from pulling the rug from under our own feet. 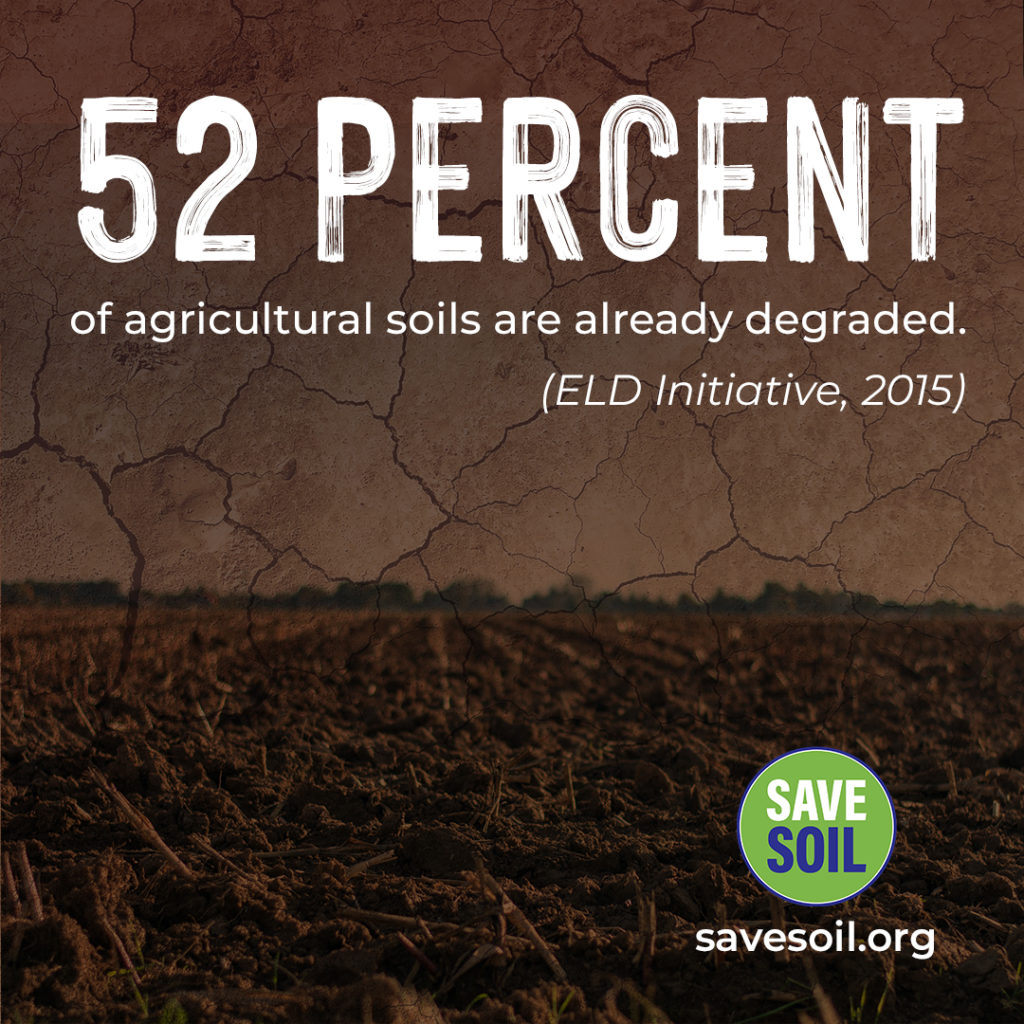 Earlier this year, Sadhguru (Isha Foundation founder) launched the Save Soil Movement under his Conscious Planet initiative. He has been talking about soil “for the past 30 years” but in the last two years, he’s drummed up the urgency at every available international political and ecological platform. “Everyone knows what the problem is,” he says; everyone he meets agrees that soil needs fixing. “They’ve just been waiting for an idiot to bell the cat—here I am.”

This March, he embarked on a lone 100-day motorcycle journey covering 30,000 km and 27 nations in Europe, Central Asia and the Middle East. At over 600 events—with ministers, scientists, environmental authorities and huge audiences—Sadhguru turned the spotlight on soil like never before. Soil even has its own anthem.

Ever heard of “soil extinction”?

Soil is quite literally the planet itself. “Land and Soil are twins. Actually, it is the same thing,” avers Ibrahim Thiaw, Executive Secretary of the United Nations Convention to Combat Desertification (UNCCD). “We would like to propose to the world to do whatever they can to protect the soil, because it is our future.” 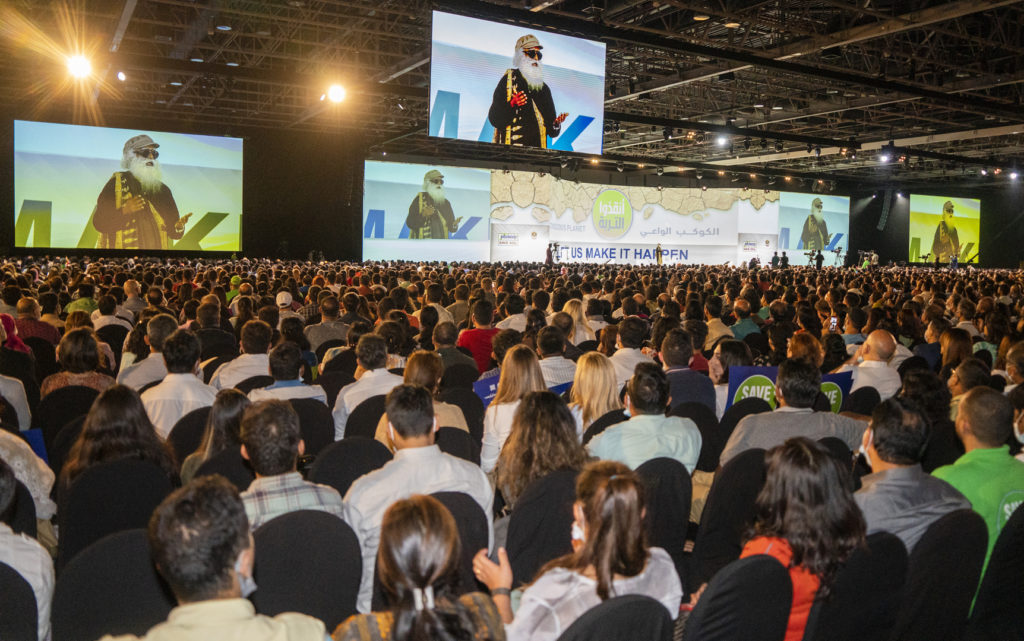 Dead soil cannot nurture new life. Soil scientists admit they’re baffled by the scale and magnitude of soils’ ecosystem services. The largest carbon sink when it is rich and healthy, degraded soil can turn into the largest carbon emitter and accelerate global warming to cataclysmic levels. The largest water soak when teeming with microbial life, degraded soil can increase the frequency and intensity of floods. “We’re not only causing harm to ourselves, we’re threatening to eliminate all other lives on the planet,” says Dame Jane Goodall, one of the world’s best-known conservationists and a Save Soil supporter.

What can we do?

Sadhguru’s answer: Global Policy Reform. The Save Soil movement is pitching a single-point agenda: enact policy reform to ensure that agricultural soils across the world have a minimum of 3–6% organic content. Soil scientists say that without this minimum microbial life, “soil extinction” is imminent.

“Do whatever kind of farming you choose. Put back some organic content,” is Sadhguru’s directive. It is estimated that at current rates of soil degradation, 95% of land could turn into desert by 2050, yet 95% of our food comes from soil. 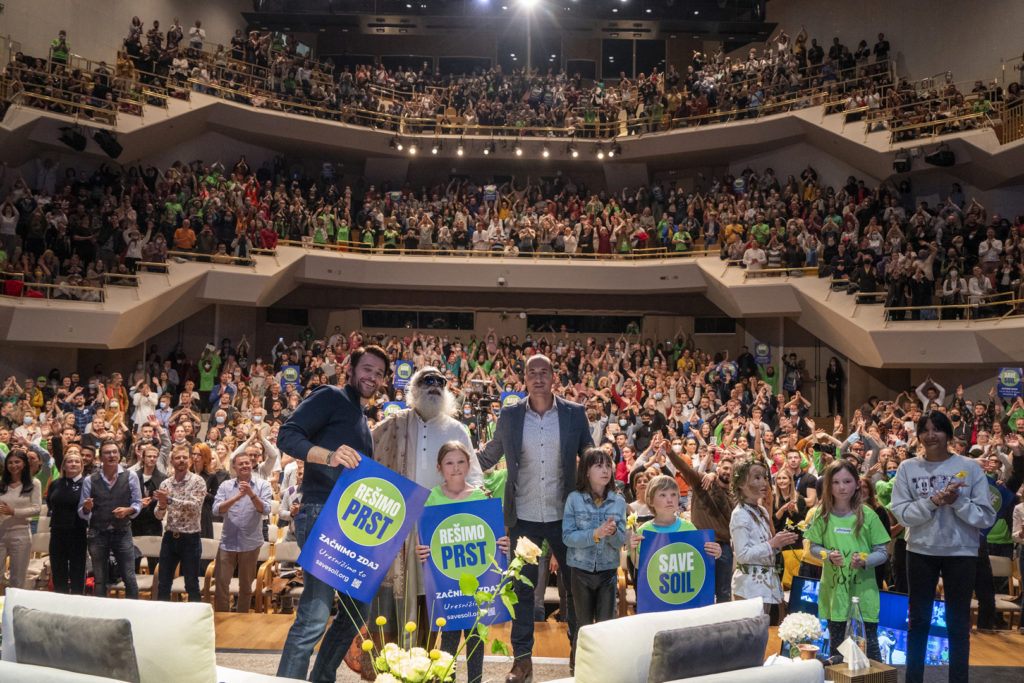 Save Soil public event in Ljubljana.

The Save Soil Movement has prepared and dispatched soil policy guidelines for 193 countries. “I think that the Save Soil movement can really help to raise awareness and maybe even consciousness among the policymakers,” said Claire Chenu after her conversation with Sadhguru in Paris. Chenu is a senior soil scientist at INRAE (Institut National de la Recherche Agronomique). The 193 separate documents are customised to each country depending on its latitudinal position, climatic conditions, soil type, economic status and agricultural traditions. It took over two years for Sadhguru and his team—which included top agricultural experts, scientists, and lawmakers—to create them. 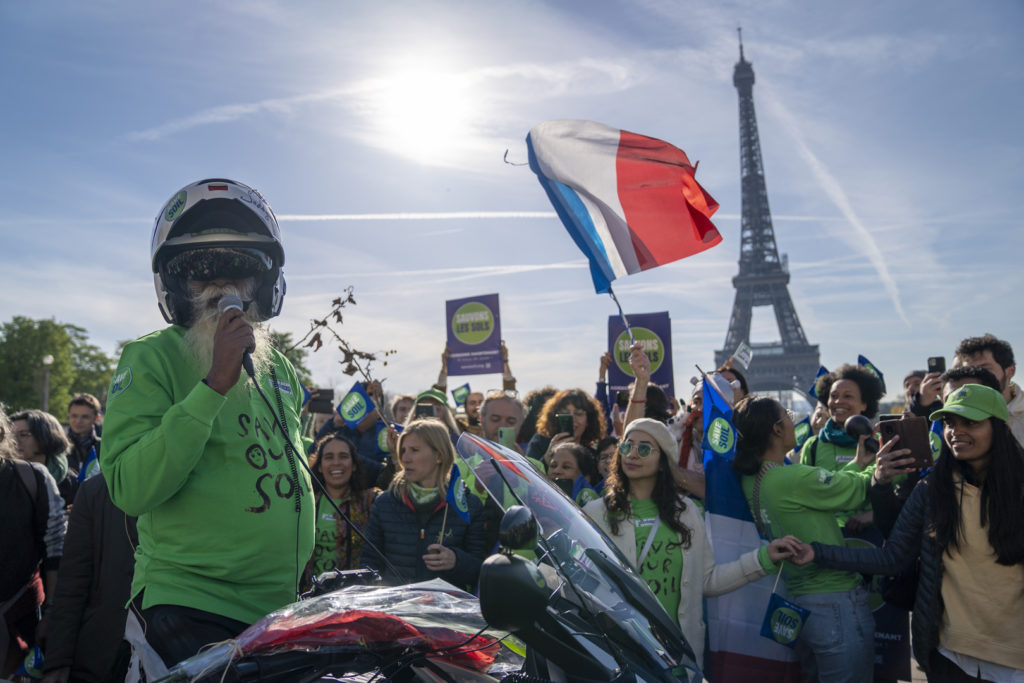 Sadhguru says the Movement has “reached out to 730 political parties” around the world urging them to prioritise soil health in their election manifestos. “If the people do not give a mandate to the government, how will the governments make long-term investments?” he asks. “Governments are not elected to do fantastic things; they are elected to fulfil people’s mandate. Where is the mandate?”

The world has given a collective thumbs-up to Save Soil. A US-based professional number-cruncher of social media metrics reveals that from 21 March to 21 June, 3.91 billion people around the world have asked for soil to be saved. That’s over 60% of the world’s electorate. In three months, more than 70 countries have voiced support, and 10 nations signed MoUs with Save Soil, committing to working towards soil-friendly policies. 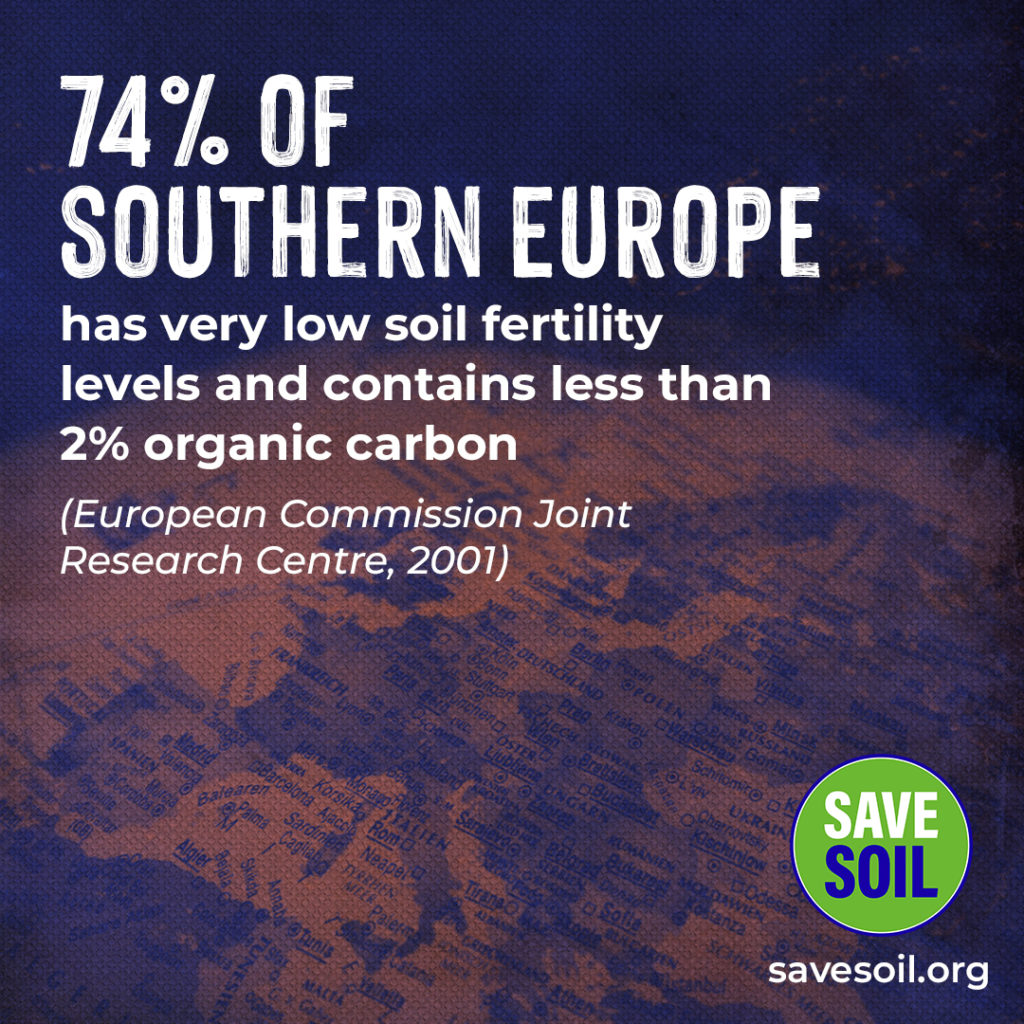 Stewart Maginnis, Deputy Director General, International Union for Conservation of Nature (IUCN), says, “One of the fantastic opportunities for nature-based solutions is indeed saving soil. I think it’s a message of urgency, but it’s also a message of hope.”

Sadhguru appeals to humanity to unite in peace and concern for soil. “This is not an agitation—do not get agitated. This is not a protest—do not dislocate others’ lives. This is an expression of love and responsibility for the Life that we are and the Life that should be beyond us. #SaveSoil. Let us make It happen!”

Atlas action: To support the Save Soil movement, talk about soil to as many people as you can and post about it online using the #SaveSoil. You can sign up as a volunteer, or “Earth buddy” for the movement here, and find lots of photos and facts to post on social media here.

Katie is a volunteer for the Conscious Planet—Save Soil movement.

Salus.Coop imagines a world where citizens control their health data.   The future of our health depends largely on the...
See more
Share this project

Salus.Coop imagines a world where citizens control their health data.   The future of our health depends largely on the...
See more