Get ready to enter a new dimension for medical imaging as the world’s only accurate and interactive 3D holograms equip surgeons with more accuracy.

“This is the only technology in the world which provides the operators with accurate ‘X-ray eyes’!” – Aviad Kaufman

By beaming projections of light from sources such as ultrasounds, augmented reality expert, Shaul Gelman, and entrepreneur and inventor, Aviad Kaufman, are constructing hyperrealistic images in ‘space’. Surgeons can now look through a piece of a glass to view a huge life sized 3D holographic image of an organ that is being operated on and move it around via voice commands in real time. Organs seem to ‘float in the air” in front of the doctor’s eyes. 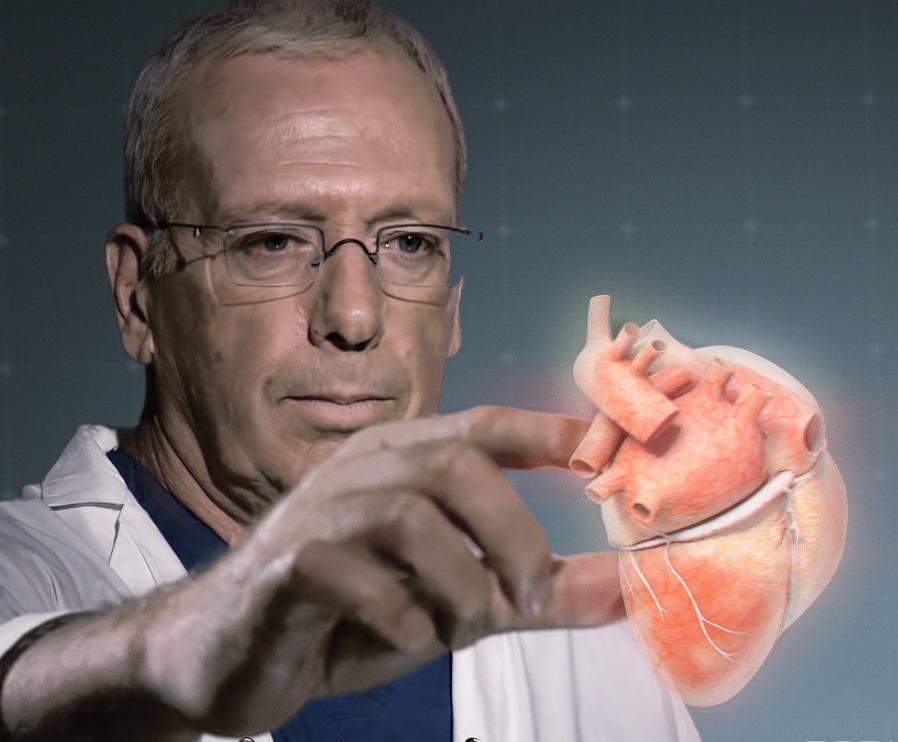 In the huge and growing field of interventional cardiology – the catheter-based treatment of structural heart diseases and the study and treatment of disorders of the heart and the blood vessels – the patient’s chest is closed during procedures, so there is no direct view of the treated organ and the operating physicians exclusively rely on imaging technologies. The impact of 3D imaging such as 3D real-time ultrasound on minimally-invasive cardiac procedures has been revolutionary over the last decade.

RealView Imaging is working to address a major unmet market need in the rapidly growing domain. Its HOLOSCOPE™-i system enables doctors to ‘touch’ and manipulate images, rather than relying on two-dimensional images created by ultrasound devices or CT scans. ‘Printing’ 3D imaging data in light, in the air, in front of the physician, during the actual procedure frees the data from the confines of a 2D screen and the medic from cumbersome user interfaces and tools such as a mouse. 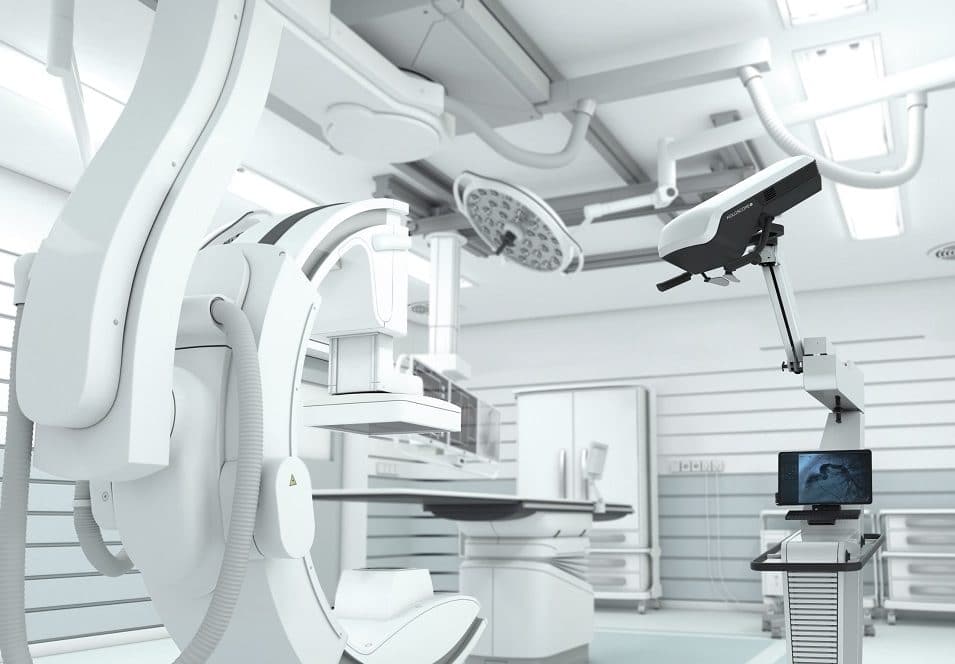 The system is an important supportive solution to expensive practical interventional cardiology procedures. It allows medics to gain a deeper understanding of the human body while avoiding risks in the operating theatre; they can perform holographic heart surgery, operate on complex arteries and even interact with the floating organs. This close-range precise interaction allows the freedom to zoom, rotate, slice, mark and measure in true space and by literally touching the holograms 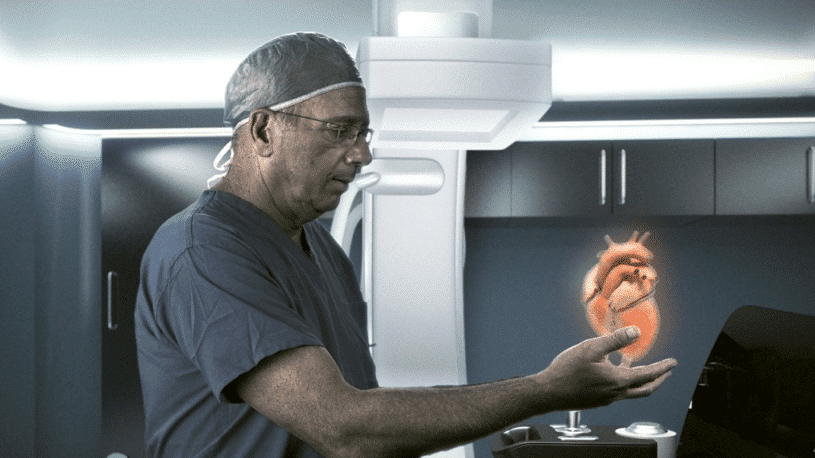 The system is based on state-of-the-art electro-optics and algorithms, which is why it’s protected by a strong global IP portfolio – with 39 patents on its technology. The company’s very own Digital Light Shaping™ tech is based on the Nobel-prize winning holographic technique of interfering light in space, enabling for the first time ever the creation, computation and projection of true real-time holograms floating in mid-air. 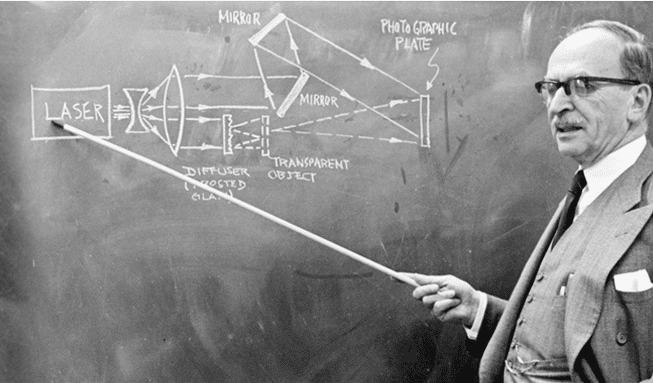 The Hollywood-like helmet and glasses-free hologram system is the world’s first and only true medical holography system and has even been compared to Iron Man’s futuristic tech. But Shaul explains that this is different: “This is projecting elements of light called pixels into space. You can actually have depth perception. It’s sort of like looking at the real thing. It’s amazing, really.” 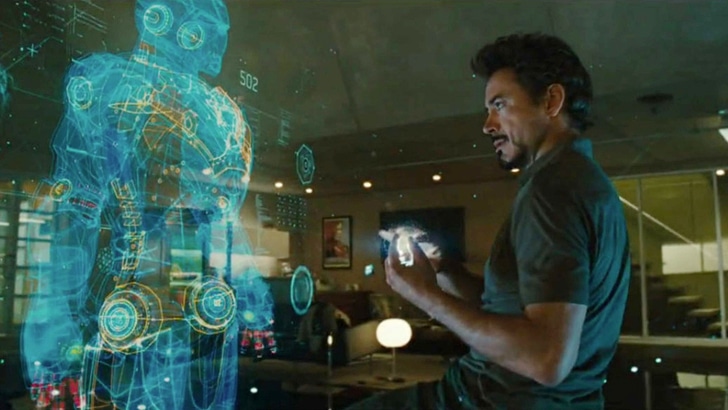 Founded back in 2008, today RealView Imaging has a number of systems in the field, with their most recent installation in 2020 at Schneider Children’s Medical Centre, the largest pediatric hospital in Israel. They have also completed a $10 million series C early-growth round for additional funding and expanded the Board of Directors with additional world-class experts.

The team are currently focused on developing a hologram that can be screened onto the body, allowing the surgeon a clear view of the organs to allow gentle high-precision surgeries, as opposed to the ‘in-air’ view of the current product. This direct and precise access to a target, such as a tumor, can avoid damage to surrounding tissue. 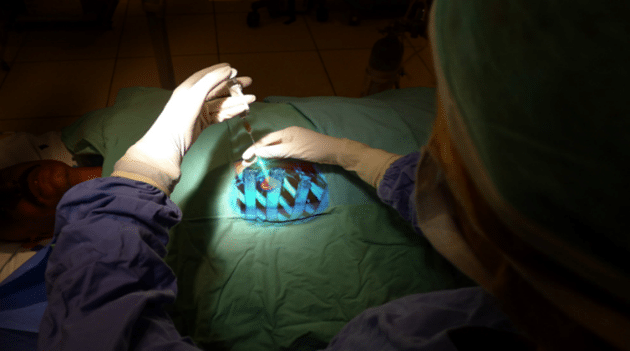 The next generation: the patient is “transparent”

“This is the only technology in the world which provides the operators with accurate ‘X-ray eyes’, allowing them to see the treated organ and the medical tools in true 3D through the patient while the patient is closed making the patient literally transparent,” explains Aviad. 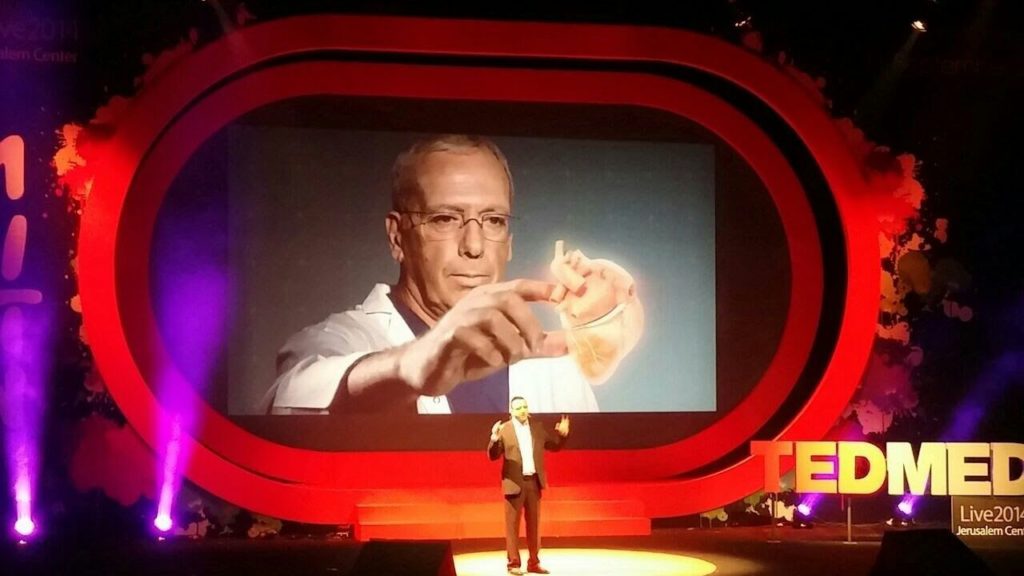 Some of the most prestigious oncology centers and leading medical companies in the world have their eyes on RealView Imaging, who are currently working on commercialising the system in North America and Europe. “This is the most important goal for us, with the potential to make a major impact in the world of medical imaging,” adds Aviad.

So get ready for a revolution in the way doctors and surgeons gain insight from 3D imaging. Because medical holography may once have seemed the stuff of science fiction, but is only a heartbeat away from becoming reality.

AtlasAction: Learn more about deep perception and live holography by getting in contact here.

The world is a poet's oyster

A self-trained robotics engineer is sparking creativity and accelerating science learning in Africa – with a strong focus on rural...
See more 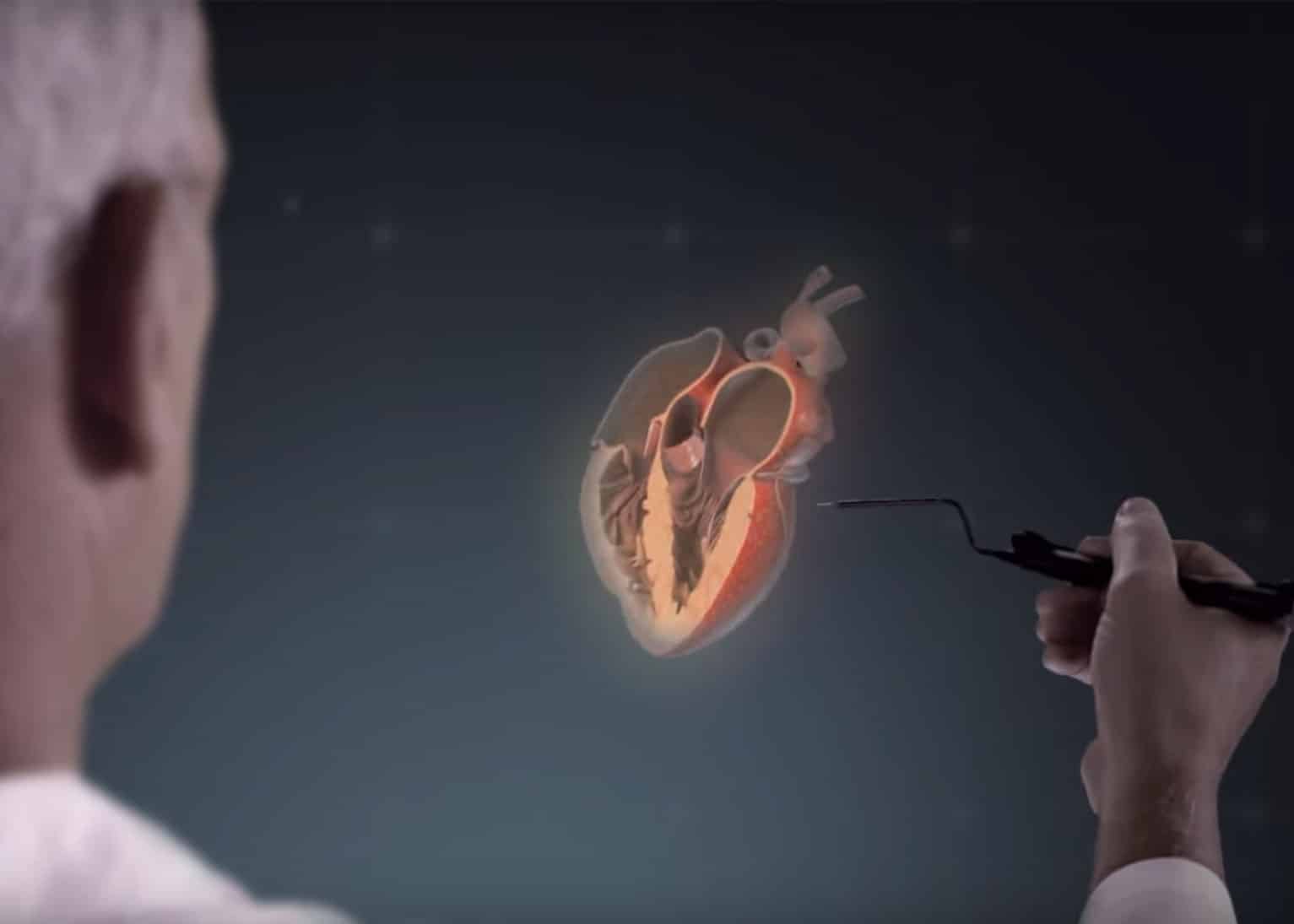 The world is a poet's oyster

A self-trained robotics engineer is sparking creativity and accelerating science learning in Africa – with a strong focus on rural...
See more