Ready, set… STOP.  This team of planners and pickers are putting an end to plastic pollution in South East Asia. Project STOP is tackling plastic waste head on, transforming the way that towns and cities manage their discarded plastic to keep it out of the world’s oceans.

Around half of the plastic litter found in our oceans is estimated to have originated in just five economies: China, Indonesia, the Philippines, Vietnam and Thailand. Economic growth in these countries has moved faster than waste management systems have – which means plastic straws, cups and packaging are left to litter the streets, and eventually reach rivers and coastlines. Every year, about 1 million tonnes of plastic enter the ocean from Indonesia alone, where it kills corals by increasing their risk of disease from 4% to a dangerous 90%.

The problem hasn’t gone unnoticed, and in 2017 the Indonesian government announced its commitment to reduce the country’s ocean plastic levels by 70% by 2025. To support this ambitious goal, Borealis and SYSTEMIQ created Project STOP later the same year. 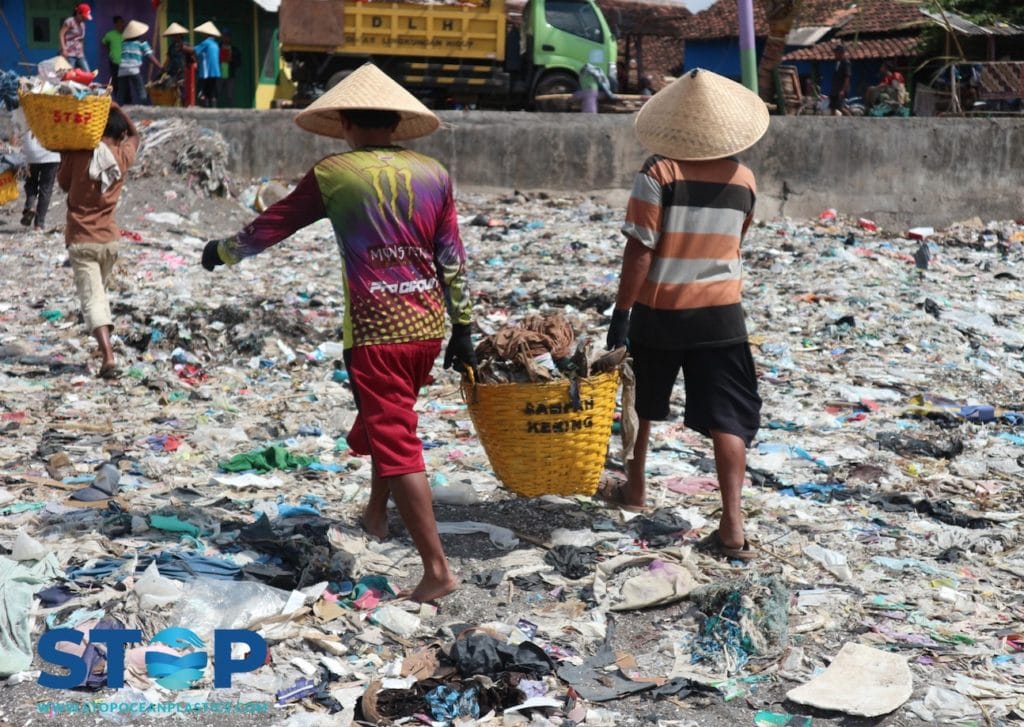 Project STOP works with individual towns and cities in Southeast Asia to come up with new ways for them to manage their unwanted plastic, so it won’t leak into marine ecosystems. Teams of experts get together to assess the city’s infrastructure and understand any local needs and challenges. They then design, build and fund a waste management system that every household and business in the area can use to get rid of their plastic litter.

Circularity is the main focus – plastic isn’t just collected and sent to landfill, but given a second life. Local people are employed and trained to teach residents how to sort their trash, so that instead of being piled on the street, it’s segregated and ready to be recycled.

Project STOP’s first location was Muncar, a major fishing port in the East of Java where plastic litter had become a major problem in the harbour, beaches and rivers. Nur Anik joined the team as Community Development Officer to get this first project off the ground. “I really felt called to do something for my community to improve the environment – and where I live, waste management is an important way to make a difference. When I first joined the project, I had zero knowledge about proper waste management and was thrown in at the deep end – but the impact we have seen since then has been amazing”.

Anik’s passion for solving the plastic crisis has helped make sure more than 50,000 people in Muncar have access to waste collection services, and more than 5,000 tonnes of waste have been saved from Indonesia’s landfills and waterways.

The benefits aren’t just to people’s health and the environment – the new waste management systems set up by Project STOP’s experts also create economic opportunities. In Muncar alone, 90 people now have full-time jobs helping process plastics and other waste. And fishermen, whose work is made more difficult by plastic littering the ocean, can do their job more easily. Plus locals have the opportunity to generate income by renting out their tricycles for picking up household waste. 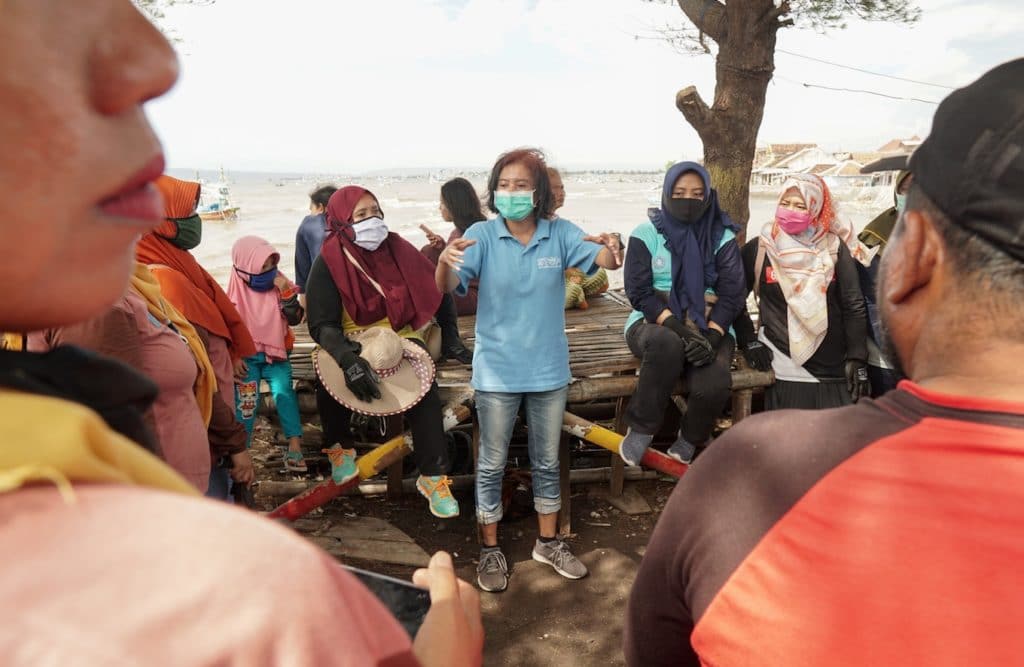 Pasuruan, in central East Java, is another city where Project STOP are working their waste management magic. Previously, less than 5% of waste was being collected, and plastic on the streets and beaches was affecting local people’s health and way of life. The Project STOP team is now working with Pasuruan’s government officials, religious leaders, universities and local activists to engage the community, and is mapping the infrastructure that will be needed. When the city’s waste services are up and running, they’ll save an estimated 1,500 tonnes of plastic from entering the ocean.

These economic benefits involve a shift in attitude – another important aspect of Project STOP’s work. “As part of our behavioural change campaign,” Anik says, “we use a Madurese phrase: “bedhe pakon, bedhe pakan”, which means if you ask someone to do something for you, you must pay for their work – in this case, if you ask someone to pick your waste, you must pay for their service.”

Anik describes how Project STOP works in a way that takes every part of waste management into account – from the scientific to the psychological. “I’m really passionate about the detailed way we approach waste management – not only focusing on the technical aspect of waste management, but also on raising awareness in the community. It’s holistic, looking at the whole issue from bottom to top.” 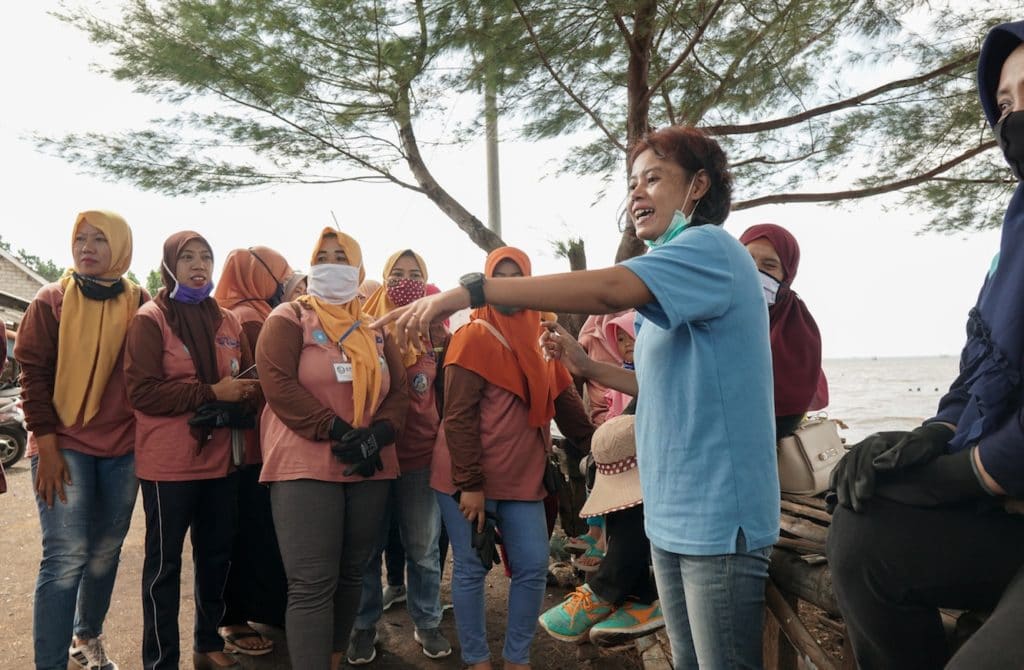 Project STOP is all about bringing different expertise, solutions and resources together, to tackle plastic waste head on. Already, they’ve partnered with industry giants like Nestle, NOVA Chemicals and Siegwerk, the global nonprofit Alliance to End Plastic Waste, and are working not only with the government of Indonesia, but of Norway. They have now brought waste management services to Muncar, Pasuran, and Jembrana in North West Bali, and estimate reaching 450,000 people by the end of 2020.

Anik has seen how possible it is to fix the plastic crisis – and we can all have hope for cleaner, healthier oceans. “I feel so proud to be part of a team creating real solutions to this problem. When I first arrived in Muncar, I saw kids playing around at the dirty beach with mountains of trash – and now, with the community joining in with our initiative, we’re seeing it’s possible to change the system. It gives people here hope that this is something we can overcome.”

AtlasAction: If you’re in one of Project STOP’s Indonesian locations, join a community meeting to learn more about how you can help tackle plastics. Or if your organisation wants to support the team in the race to reduce plastic waste, get in touch here.

Being an eco-conscious parent means reducing, reusing and recycling whenever possible, but there’s still the conundrum of what to do...
See more
Uganda (Kampala)
Uganda (Kampala)

It is estimated that 600 tons of plastic are disposed off in Uganda daily. Kampala city alone accounts for the...
See more 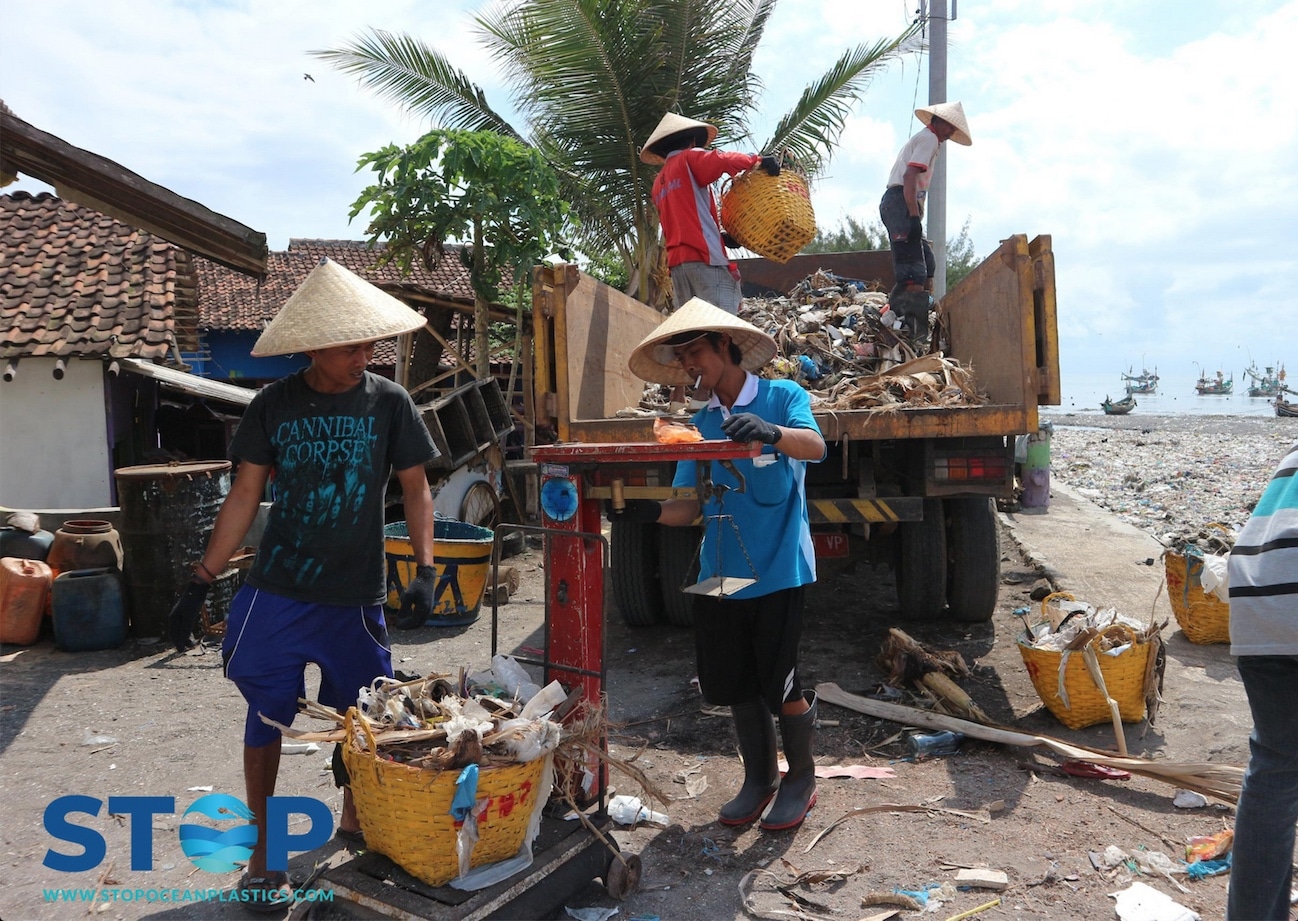 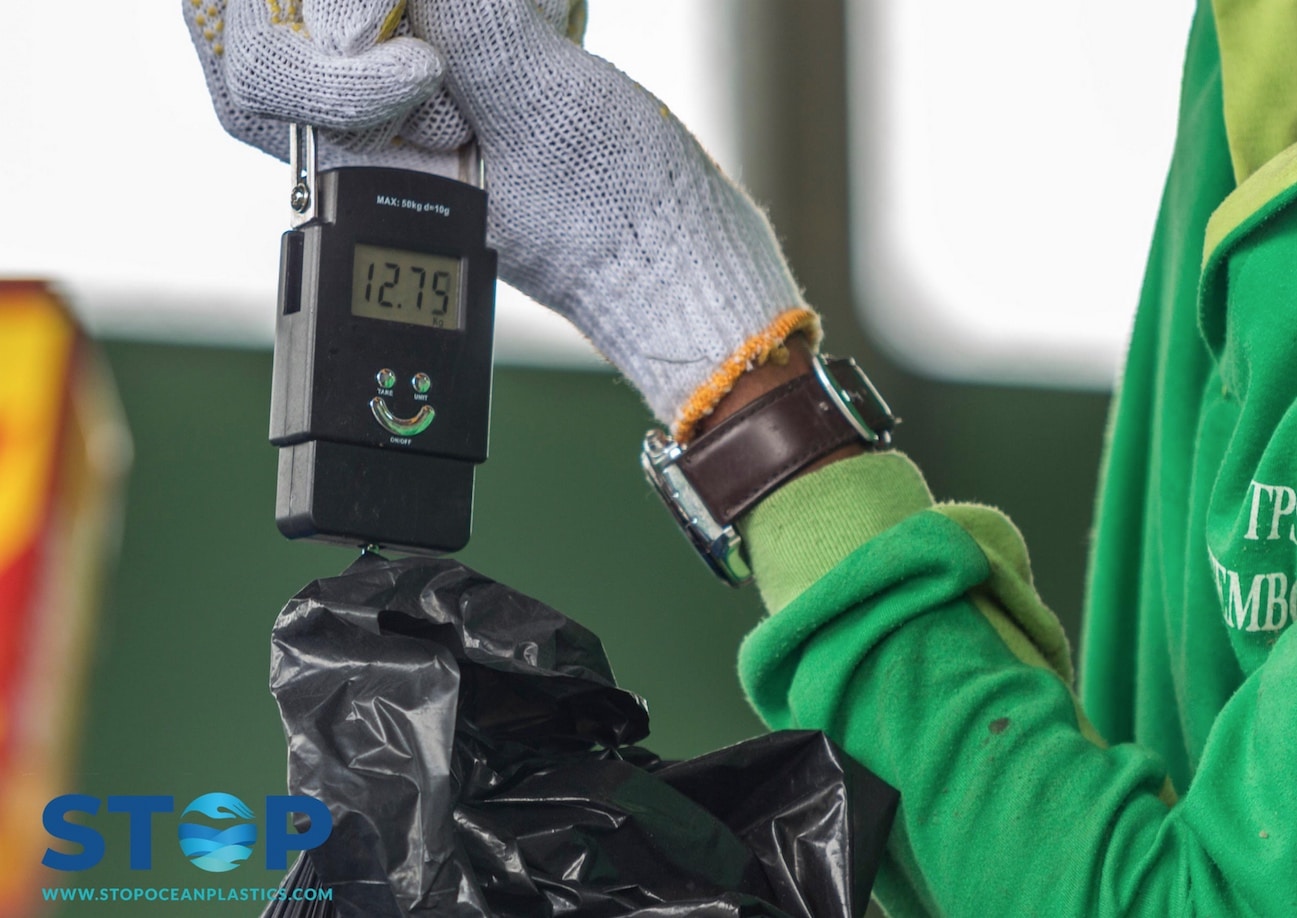 Being an eco-conscious parent means reducing, reusing and recycling whenever possible, but there’s still the conundrum of what to do...
See more
Uganda (Kampala)
Uganda (Kampala)

It is estimated that 600 tons of plastic are disposed off in Uganda daily. Kampala city alone accounts for the...
See more