“Do you have any family or friends that you’d like to record a message for?”

A walk along Market Street in San Francisco inspired social entrepreneur and sociologist Kevin Adler to create Miracle Messages in December 2014. His mission was to spend time talking with the homeless people on the street to ask them: “Do you have any family or friends that you’d like to record a message for?” The messages were then recorded on his smartphone.

Started in honour of his uncle, who lived on the streets for 30 years, today the award-winning nonprofit organisation reconciles homeless people with their families – through short videos which are shared on social media. “After all, everyone is someone’s somebody.” 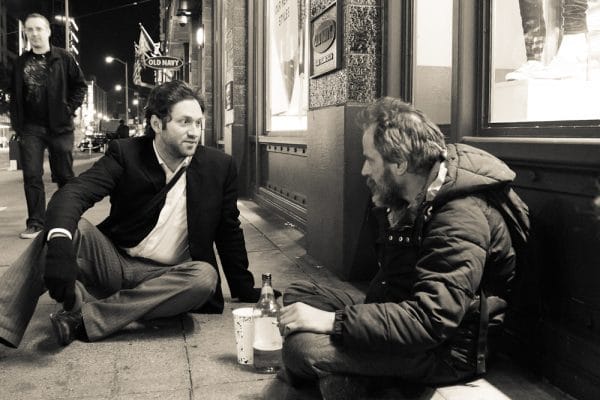 One such message from 2014 was from Jeffery Gottshall, who was living on the streets and had been registered as a missing person for 12 years. It was recorded for his sister who he hadn’t seen in 20 years. Within an hour, she had been tagged in the video which had been posted to a Facebook group for his hometown in Pennsylvania. Three weeks later the pair reunited, and Miracle Messages was born.

“I grew up in a small town with a small family and learned from a young age to look at my extended network of classmates and neighbours like a family. So, it never really made sense to me why people in my community might be seen as valuable and some as less valuable, especially given the values that I grew up with – partly due to my faith, and believing that we’re all brothers and sisters, and then also having an uncle who was homeless, on and off the streets,” says Kevin of his early life.

“My graduate work and undergrad work really focused on how social capital can form from disasters and shared traumas. I am fascinated by the question of why we trust the people we trust, what leads us to feel less connected with our neighbours and then how can we reverse that. I wrote a book on that topic, and most of my academic work looked at how negative events can bring people together.

“Since then, my professional journal has been marked by the question of how seemingly positive events, technologies and movements can be used to a similar result – to bring people together.”

Michael Kelly Michael reunited with his mother Mary after 10 years. #1minutemiracles When we spoke to Michael he expressed how much he needed to see him mom after the loss of his wife caused him to fall on hard times. Remarkably, Michael was able to reconnect with his mom on Mother’s Day, less than a month after recording this video, and returned to her home in Minnesota. #miraclemessages #homeless #reunited #EveryoneIsSomeonesSomebody

Homelessness is an issue that is both hyper-local in its visibility and international as a problem; one that we are all aware of, but one that most people would struggle to offer a suggestion to fix. And it extends far beyond what we can actually see. For every homeless man or woman we see on the street, there are thousands more legally defined as homeless – broadly speaking, that is without having access to a secure long-term home of their own.

You will struggle to find accurate or up-to-date data online about the actual number of homeless people – people who are not registered as homeless or known to the hundreds of shelters across the country are difficult to track. Shelter, a UK-based charity that campaigns to end homelessness and bad housing conditions in England and Scotland celebrated its 50th anniversary in 2016, by releasing what it described as a ‘robust lower-end estimate’ of the number of homeless people in the UK – 254,514 people.

On a single evening in January 2017, there were just under 555,000 people homeless in the United States, according to homeless charity, Project Home. 20% of those were children under the age of 18.

The job of the organisations currently responsible for tackling homelessness – local authority services and the charity and voluntary sectors which manage the large majority of shelters – is to identify homeless individuals and families and then link them to housing and employment services. They are offered help to find both a home to live in and either employment or welfare support to pay for it, whilst ideally also finding temporary accommodation in short stay homes or hostels. And for the most part, that process hasn’t changed for decades. 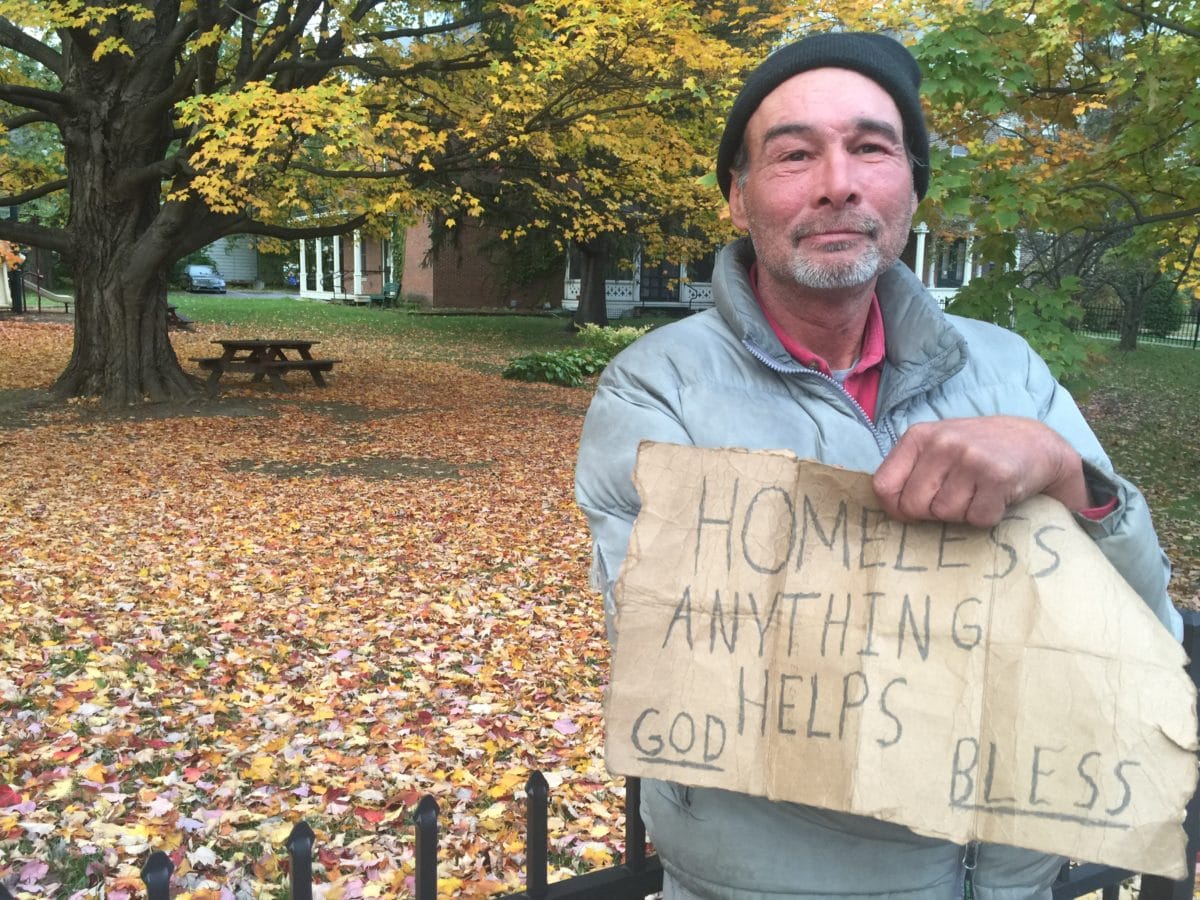 Between graduating from university and the founding of Miracle Messages, Kevin worked predominantly in the education technology space, launching three startups – all similar to Miracle Messages – with the aim of connecting people and providing new support systems for an underserved population. But that evening on Market Street in 2014 proved a turning point in his life.

“It was hearing the first person on the street say something along the lines of, ‘I didn’t realise that I was homeless when I lost my housing – it was when I lost my family and friends that I realised.’ That, to me, really opened up my mind to the problem; the fact that this issue of family reunification is not one that is prioritised by a lot of service providers, and that a lot of people think about their loved ones but don’t have a recourse to connect. So, that really led me to wonder how many people on the streets have this desire to reconnect; became homeless in part because of a fracturing of their social support, and what would it take to rebuild that.”

Today, Kevin is joined full-time on Miracle Messages by director of operations, Jessica Day, and the pair are working on the model and making sure that Miracle Messages can work effectively with the 500 plus non-profit homelessness service providers that have contacted them. To date, they have reunited around 131 people with their families, but have a significantly bigger target in mind.

“We want to do one million reunions by 2021, which requires a lot of strategic partnerships; from working with nonprofits and cities; gathering data on the homeless populations that are currently living and working in shelters and residing there, and the directories that they have access to. It also requires people who watch our content and see our videos and feel inspired to do this in their own community, and are willing to download the mobile app to offer this service to their neighbours.”

With one million needed to hit his 2021 target, Kevin is well aware of the myriad challenges he faces whilst scaling Miracle Messages. He recently launched a 1-800-MISS-YOU hotline, to make it easier than ever for people experiencing homelessness to take the first step to reunite with their loved ones. The next step will be to spread the word, and develop a new version of the app.

“I think a challenge is how you take a seemingly simple task and keep it a simple task when there’s increasing numbers of people who want to help, and increasing complexities on how it can be done. So, the idea of recording and posting a video on social media – and then the person magically reconnects with their loved ones – is intuitive and its compelling but there’s a lot of pieces in that. How do you engage the person in conversation? What’s the appropriate way of ensuring that they offer informed consent? How do you follow up with them in an appropriate way? What happens if the family doesn’t want to reconnect? There’s a lot of moving pieces to it that we’re trying to get really good at in the backend. That’s the probably the biggest challenge.”

In 2016, Kevin was the star of an advertising campaign for watchmakers Shinola Detroit, which used the Miracle Messages story for its #rollupoursleeves advertising campaign. He initially thought the email from Shinola was spam, but now thinks that this is perhaps an example of a growing trend with brands partnering with social entrepreneurs.

“I think there will be a merging and melding in businesses looking to social causes to join forces with, as a way of lightening their brand image and highlighting the sustainable aspects of their work. But, I think people are sick of companies doing nothing more than churning out profits that are allocated to just the top 1% percent of executives and don’t actually reach the everyday workers. Corporate social responsibility is weak – it’s a gratuitous gesture in many cases – and I think we’re going to start seeing a much more fundamental melding of businesses with social ventures, so it becomes double and triple bottom line. It’s really up to us as investors, stockholders, board members, and as a society to demand it – and I think it’s well past time that we do.”

Kevin believes that culture predicts what people see as possible. “When cultural norms change, society changes. I believe that a cultural shift – of seeing people experiencing homelessness not as problems to be solved but as people to be loved – will help us end this human rights crisis on our sidewalks. The role of creativity in shaping culture is to reimagine what is possible, and bring forth new ways of thinking that can change the world.”

AtlasAction: Miracle Messages has been generously funded by Tipping Point, corporate sponsors like Google and HID, local governments, and 1,500+ individual donors. Join them, watch reunions, or support the work.

Ethos Magazine is for and about ethical entrepreneurs, innovation and sustainability.

Creating opportunities for women is exactly what Raven + Lily is all about. A flagbearer for gender equality and female...
See more 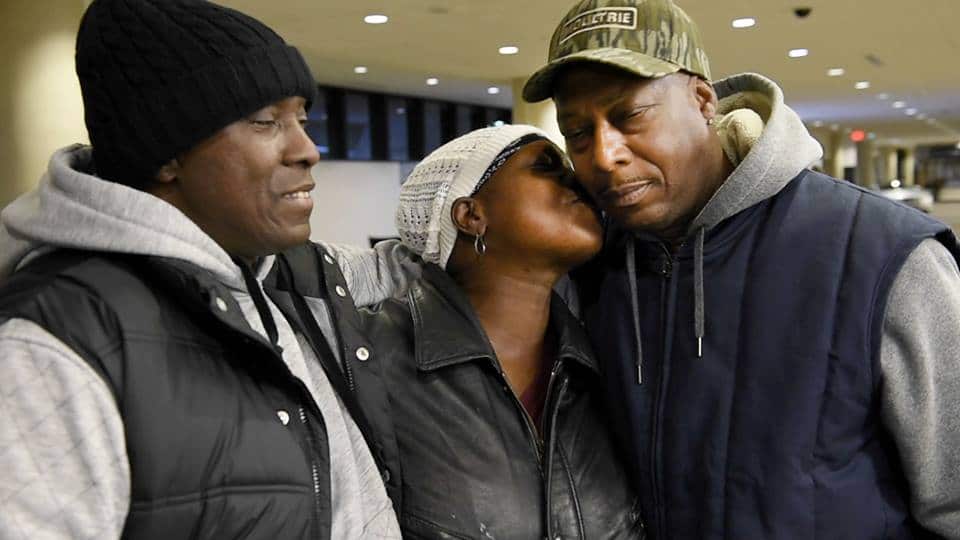 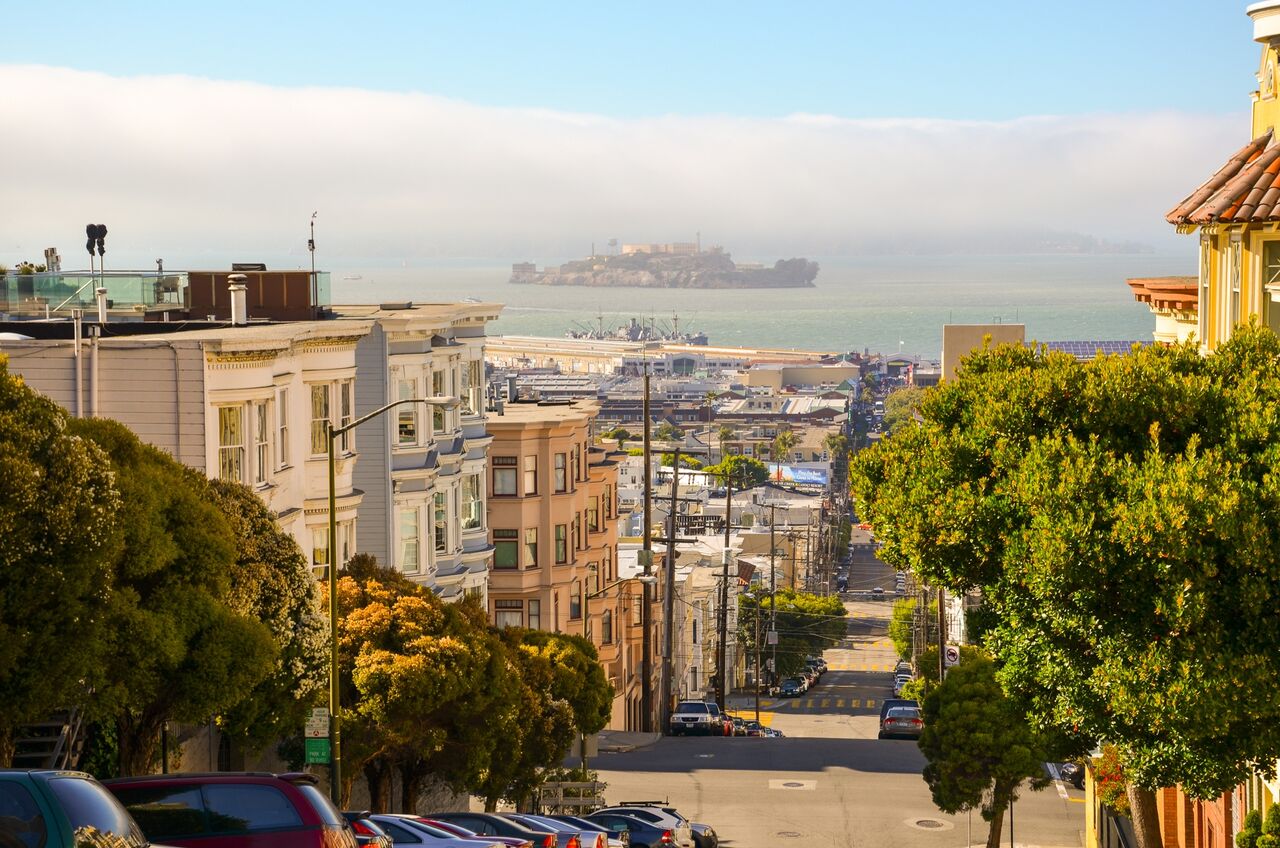 Creating opportunities for women is exactly what Raven + Lily is all about. A flagbearer for gender equality and female...
See more