A video shows a local football match kicking off in El Madania, Algeria; another takes us to Cotonou, Benin, to meet an organic farmer feeding his neighbours; next, a small street market in Kaédi, Mauritania.

You’re watching Mapp Up, the video-sharing platform changing the face of African media by sharing local stories through local eyes. Not content to let hunger, poverty, war (and giraffes) dominate Africa’s story, budding storytellers are trained to share – and map – the hidden, but much more real, side of Africa. From Algiers to Cape Town, this network of hopeful and honest filmmakers is building a video map of good news stories that shine a bright new light on day-to-day life across the continent.

It’s no surprise that two media experts are behind it: Elsa Miske and Nicolas Baillergeau provide the training for people who want to tell the untold positive stories that define their local area. The Paris-based pair met in 2016, and quickly bonded over their shared frustration with the dominant Western view of Africa, as a vast, “vague” continent (or, often, “country”) associated with “corruption and poverty”.

Elsa and Nicolas wanted to take action to disrupt the reductive version of African countries that they were seeing in the media – because, Elsa says, “it affects popular belief, and that has effects on the everyday lives of millions of people. A lot of young Africans have a tendency to think their country is bad. We want people to have a good image of themselves so they can love themselves”.

While Elsa had a varied background across art, advertising and digital strategy, while Nicolas had worked as a TV reporter. Together they realised they could use their skills to offer a training programme that would give people the tools they needed to tell their own stories.

They launched the training as Slice Up, a nonprofit organisation with a mission to “democratise digital narrative tools”. Smartphones may be everywhere, but the tools and techniques for using them to create videos that tell a compelling story are harder to come by. Slice Up training programmes focus as much on technical skills (composition, framing and editing) as the more journalistic angle of narrative design and methods for distributing content. “The core of the training is how to tell a story you’re passionate about, that makes sense and that your audience can understand and relate to.”

To fund the initial training programmes, Elsa and Nicolas turned to crowdfunding to raise the equivalent of 10,000 euros. To support their campaign, they worked with Senegalese actress Aïssa Maïga – whose father was a Malian journalist, and inspired her to share an African perspective – to create and promote their web series #LAfriqueDansLesMedias (‘Africa in the media’). Journalists, authors and academics go on camera to discuss big questions surrounding the future of African media: Why encourage citizen media? Who would you like to see more often in the media? What is the impact of the Internet on African artists?

After a successful crowdfund, Elsa and Nicolas have now run free Slice Up training programmes in Mauritania, Mali and Benin, with a total of 30 journalists, bloggers and art students.

One video captures people chatting at tables outside an unassuming, but legendary, cafe in Nouakchott, Mauritania, where local intellectuals meet to debate the night away.

Slice Up trainees’ videos include turtle-saving in Mauritania, a performance of traditional Malian music and dancing, and camel-trekkers in Algeria. One female chef’s celebration of traditional Beninoise cuisine has been shared by more than 700 people and watched nearly 40,000 times. “We didn’t know what effect the videos would have on the people who would watch them, so it’s very interesting to see that it creates identification, pride and motivation. We only want to create positive feelings, so it feels like we’re meeting our goal”.

Creating the stories is one thing – but Elsa and Nicolas wanted a home for this new breed of positive, locally produced content. “We thought it was frustrating to not have a platform where we could gather all the videos that were produced during the trainings, and we tried to figure out a way of spreading our values and ideas – and of building a network of storytellers.”

They used OpenStreetMap to geolocate each story that’s uploaded to the platform and display it on a map of Africa. So far, 53 stories have been mapped by a combination of Slice Up trainees and ambassadors in other countries. They paint a colourful, hope-filled picture of life in South Africa, Benin, Mali, Senegal, Mauritania and Algeria.

And this is just the first chapter. The Mapp Up team will soon return to Mauritania to train a group of trainers – so they can multiply the number of norm-busting storytellers uncovering positive news across the continent. “We want people to be as autonomous as possible, create their own platforms and train more people in their countries.”

Taking things a step further, Elsa adds, “we also want to work on the Mapp Up platform, make it more like a social network where content creators can share their work and interact with their audience. We are looking for an economic model in which they can make money from their content.”

For Elsa, this work is about more than challenging a norm: cultural narratives cut right to the heart of identity and human potential. “Culture is a rich combination of stories and experiences. Creativity is using culture and imagination to bring new stories, new ways to the table. It’s like leaning on the best of the past and adding some spices to it, so that in the future everybody can feel like they belong, like they have a purpose.”

AtlasAction: Submit your own video to be included on the map(p), or get involved in running training sessions by contacting Elsa and Nicolas.

Photo: Thomas Lenden
Imagine being stuck in a room you can’t escape. You hear voices: “Do it!” “Stop it!” Light shoots out of...
See more 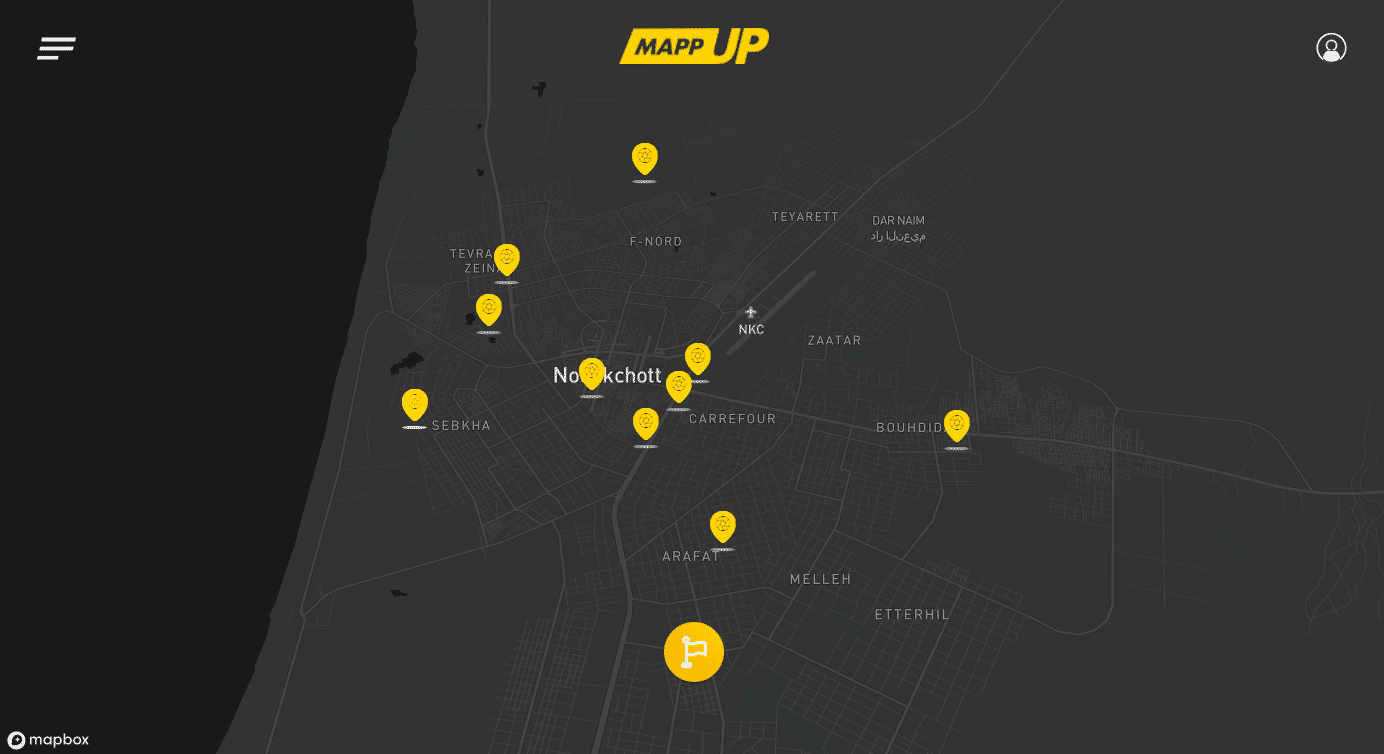 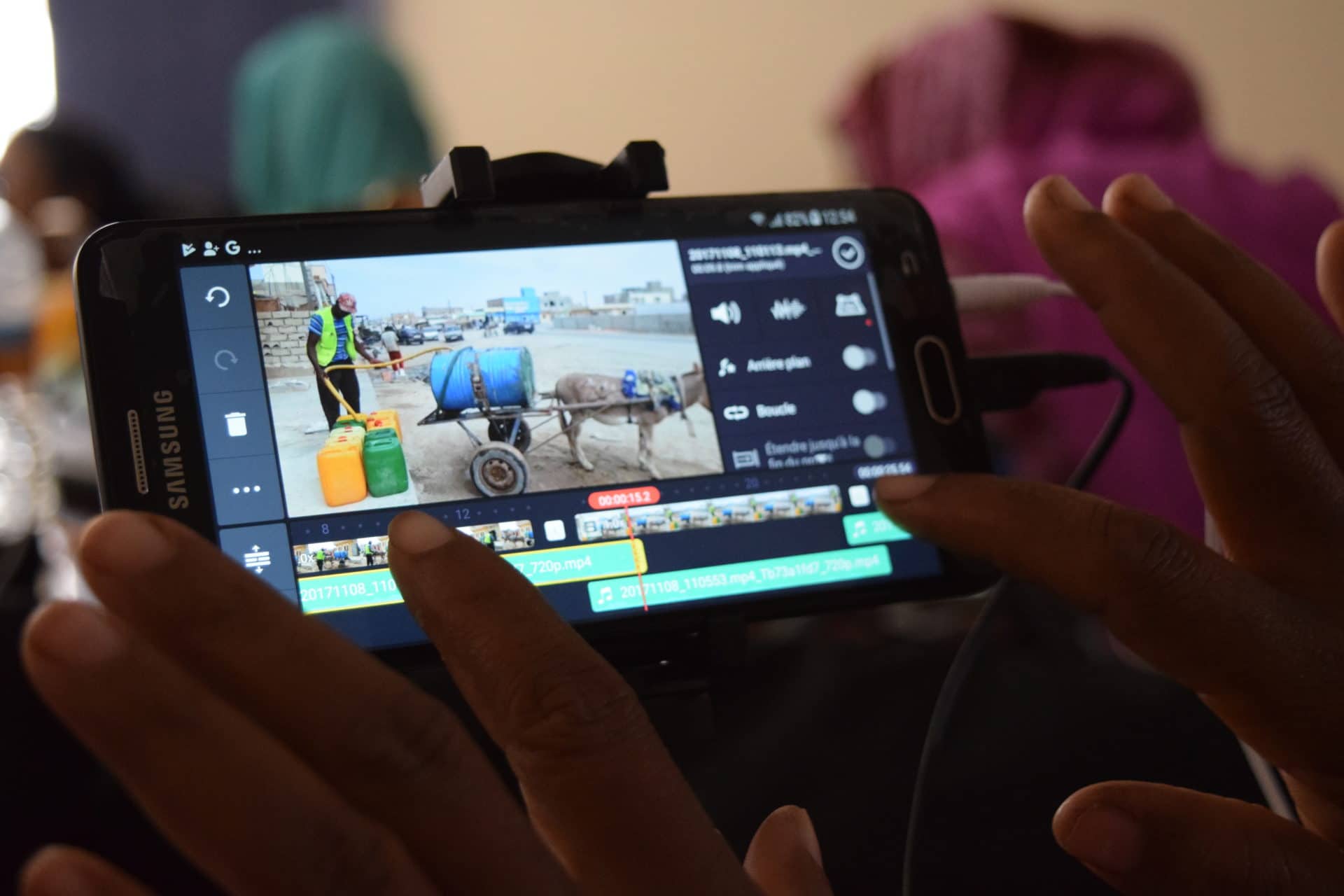 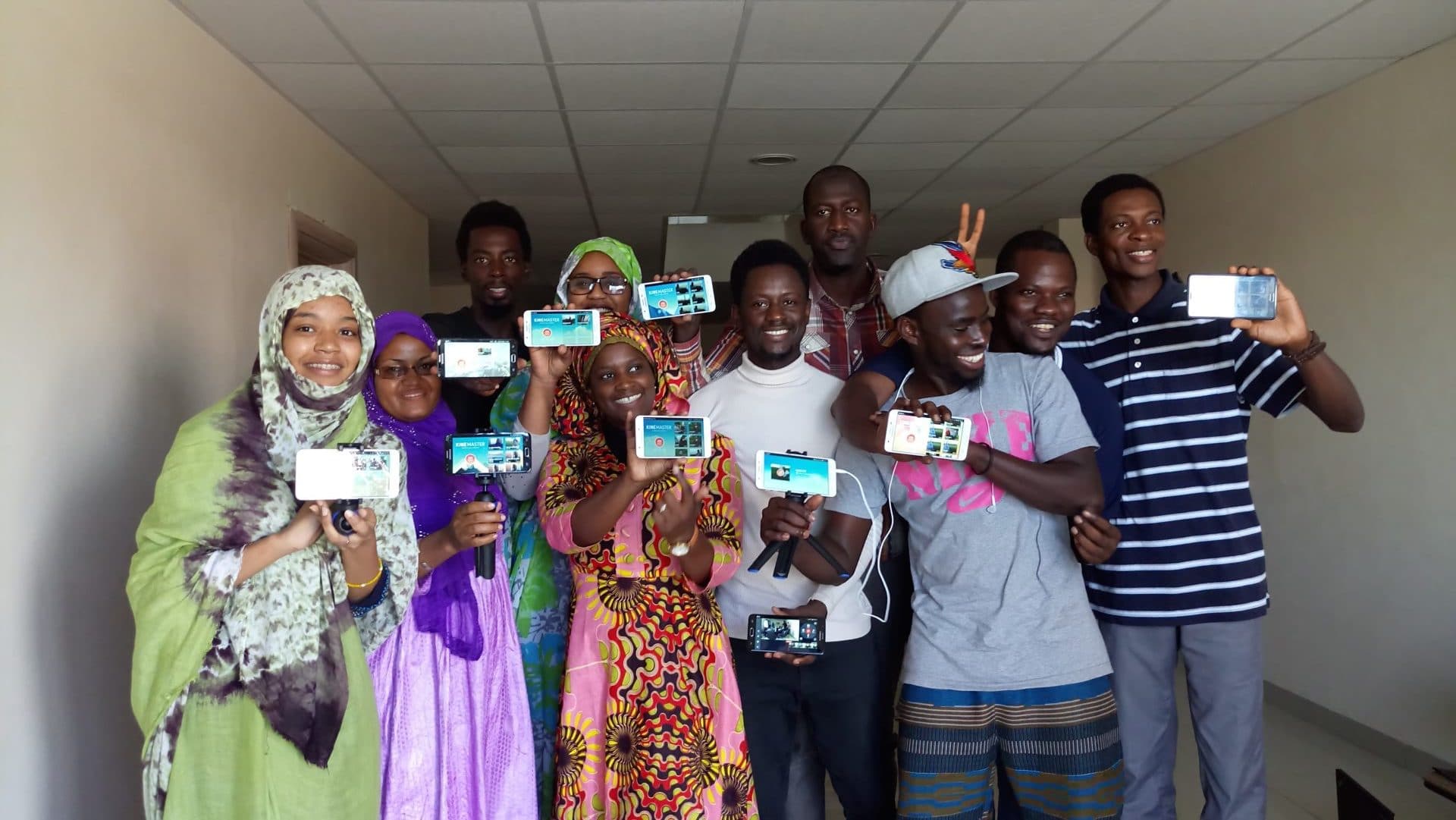 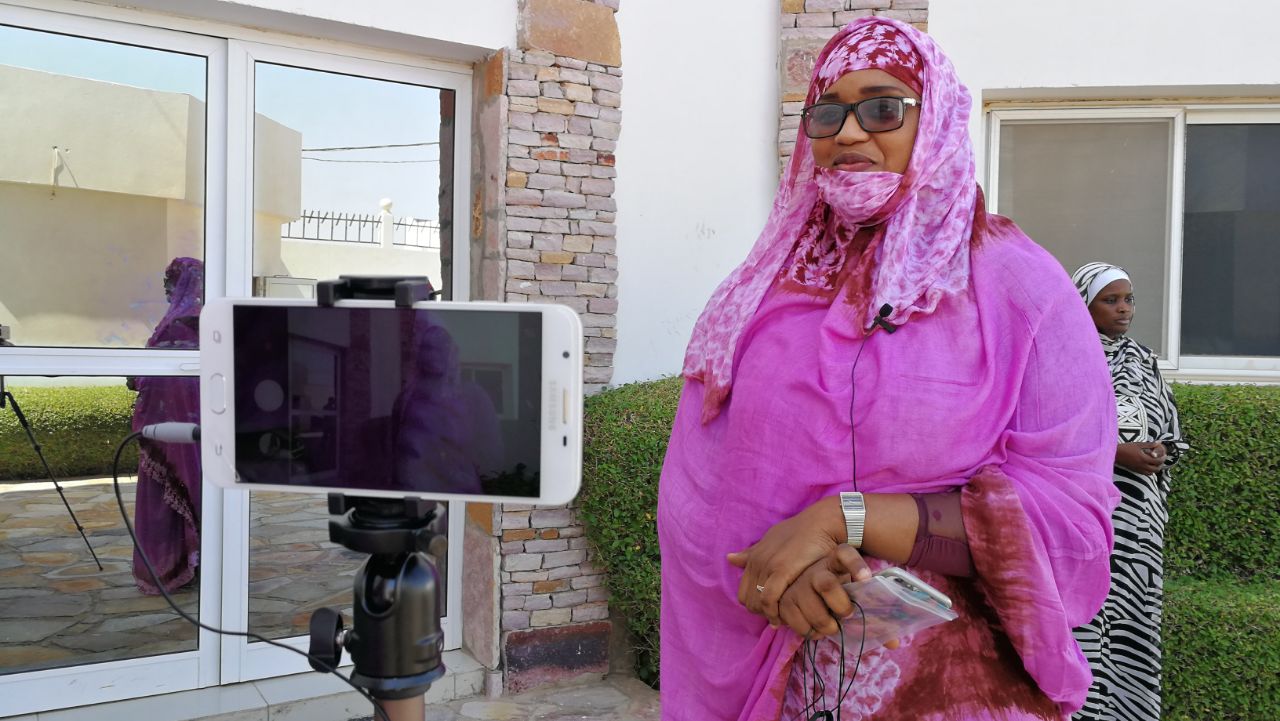 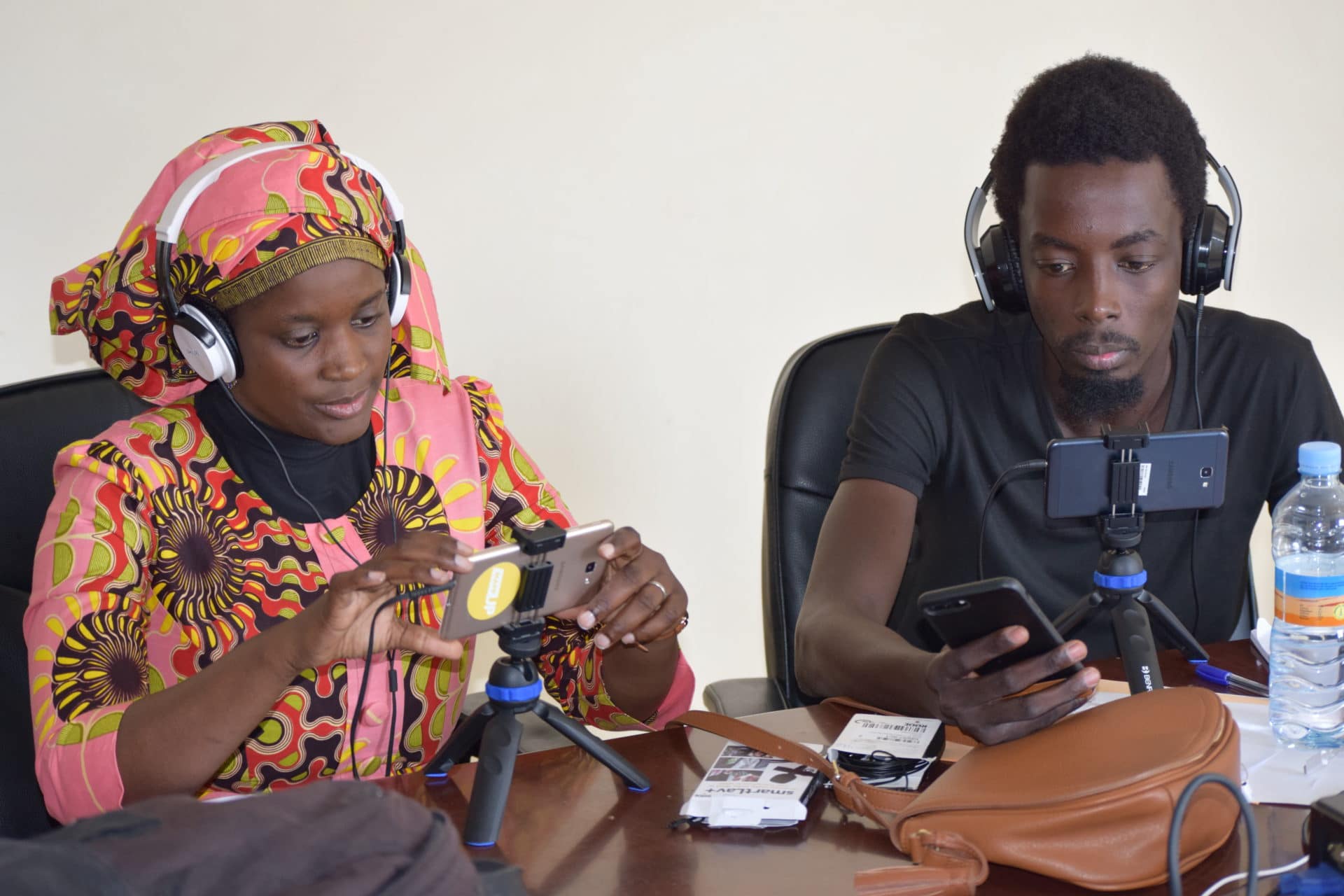 Photo: Thomas Lenden
Imagine being stuck in a room you can’t escape. You hear voices: “Do it!” “Stop it!” Light shoots out of...
See more