This can be what it feels like to be in psychosis. Thanks to the mind-bending cinematic experience that is Labyrinth Psychotica you’re going through a sensory overload of 33 psychotic phenomena in 12 minutes.

Created by Canadian-born Dutch artist Jennifer Kanary Nikolov(a), Labyrinth Psychotica is a harrowing interactive storytelling experience – and the portable do-it-yourself psychosis kit is one of the most accurate representations of mental illness on the planet. Together ’The Wearable’ and ‘The Labyrinth’ have been implemented in health care organisations around the world to help better understand psychosis: the severe mental disorder in which people can lose touch with reality and see, hear or believe things that are perceived as not being real… but are for the experiencer.

The idea was born after Jennifer’s sister-in-law, who was tragically diagnosed with schizophrenia, and committed suicide in a state of psychosis. Jennifer embarked on a media arts PhD to better understand her experience – studying existing simulations and stories of people with experiences of what she had gone through.

She found that the stories did not match. “Where a person would describe a hallucinatory experience in its essence as metaphorical or holding a deeper meaning, a traditional practice would interpret this as literal and meaningless, a result of a ‘broken brain’,” she explains. “I wanted to create an experience that resonated between these different views.”

New research suggests that 1 in 13 people will experience a psychotic episode before the age of 75. Understanding and dealing with it can be extremely frustrating. It is often described with words such as ‘delusions’ and ‘hallucinations’ – which say nothing about what a person really experiences or how to recognise it: “It is so feared and stigmatised that even professionals avoid the health care system if they enter psychosis,” Jennifer tells us, “yet it is prevalent and can happen to anyone dealing with life events.”

Using her background in fashion, she looked at ways to stitch, weave and knit thoughts together, “ways of employing art as a creative tool of knowledge that goes beyond the more traditional role of art as a translator of science to the general public.” She wanted to develop an artistic intricate experience using artistic elements that influence not only our five senses, but also our memories and sense of time and space.

She calls her labyrinthine experience a “form of digital LSD”, because doctors used to take LSD to better understand their patients, but this is no longer legal. The serious gaming kit is considered mixed or ‘hybrid’ reality, with augmented interactive cinema developed in a time before virtual reality headsets like Oculus Rift were widespread. “While it makes use of VR glasses, an attached webcam and is controlled with a motion-sensing Wii remote, it does not contain virtual reality… yet.”

‘The Wearable’ blends your vision with the real world by using a head mounted display with a single camera, so that you can see your surroundings. Over 12-15 minutes the camera feed is manipulated in real time, mixed with increasingly surreal illusions as you try to ‘walk’ (more likely: stagger) through the interactive experience. Whether fearful, calming or comical, no two experiences are the same. And each story determines if your heartbeat is too fast or too slow.

“We play with the feed. Think about face recognition transforming the eyes of a person you are talking to, or being able to control the colours of your vision, simply by shaking the Wii remote. The wearer determines what the camera feeds back.”

Participants descend into the mind of a girl named Jamie. “You see what she sees, hear what she hears. You gain control over her mind… only to ‘become’ her,” Jennifer tells us. “You first see your own world, and then she allows you into her world, and then… slowly your world is experienced through Jamie’s experiences.”

The individual experience is determined by a random computer selection of voices, as well as sounds like a door closing or a person coughing, and atmospheric soundscapes. You might receive an assignment to stand utterly still or to move about. Because of the sensors in the Wii remote, the computer knows if you are obeying. If not, Jamie’s voices begin to punish you. As they deliberately abuse and confuse, decisions initiate parts of the film. In the 30-minute empathy-building mini-workshop a guide can even add smells and touch to increase the disruption.

“One could say that the experience is a form of ‘soft cinema’ or ‘database cinema’, as it was described by Lev Manovich,” Jennifer adds. “In other words, it’s not just a recording like a film played from A to B, but a unique experience determined by the wearer, as well as the computer.”

Jennifer believes that mixed reality simulation can provide insights into hallucinations (known as ‘positive symptoms’, because something was ‘added’ to ‘normal experiences’) and so-called ‘negative symptoms’. Health care professionals could grasp what it feels like to function when one’s senses are altered so they lose contact with reality.

For Jennifer personally, and as an artist, the most fascinating thing is the aesthetic of the mindshift. She finds great joy in creating experiences that function as a “second-order empathic resonator” – taking you from third person scientist or observer into the first person experiencing.

“We provide a narrative that allows for empathic interaction. One learns to understand why the biggest atheist can suddenly believe they are possessed by demons, or a person refuses to eat, because they think they are being poisoned, or a loved one spreads flour over the living room floor and gets deeply upset if anyone tries to clean it.”

Jennifer believes that our society’s stories are starved or a story dominates. “In the mental health world, we rely too much on singular voices, a history in which Freud’s or Jung’s voice dominated the narrative.” She wants more diversity in the methods of storytelling. “The role of creativity in culture, is to reflect and shift culture, remind and preserve, and transform human value systems that may inspire different types of economies… values of human happiness, health, growth, meaning, and leaving the world a better place.”

Her next move is to get funding for Labyrinth Psychotica to ensure the hardware and software can be accessed by health care workers, schools, police officers, friends and family members – so that everyone can get a better understanding of psychosis – and in the hope that it could offer inspiration for general policy change. “Our challenge for the future is to raise funds to develop a version that is scalable to help grow this empathic narrative into the world.”

The popularity and positive reception to the workshops means it has now reached over 12,000 professionals and well over 200 institutions in the last four years in 20 countries (and counting). In participation with THNK School of Creative Leadership Labyrinth Psychotica has joined a global tribe of over 500+ changemakers.

“We have the chance to help change the world with storytelling that transforms fear and helps revolutionise the understanding of the ‘bizarre’. I’m so ready to help change the world of mental health. There is lots of work to do, but hopefully people will no longer fear psychosis, and know what to do, and how to recognise it – as much as they know how to recognise diabetes or a heart attack.”

AtlasAction: “People can help by attending our workshops and becoming ambassadors to the new narrative as it supports the dedication of other changemakers in the mental health care world.”

Priya is a ‘rape survivor superhero’. Together these three words are shattering taboos in India, thanks to the powerful comic...
See more 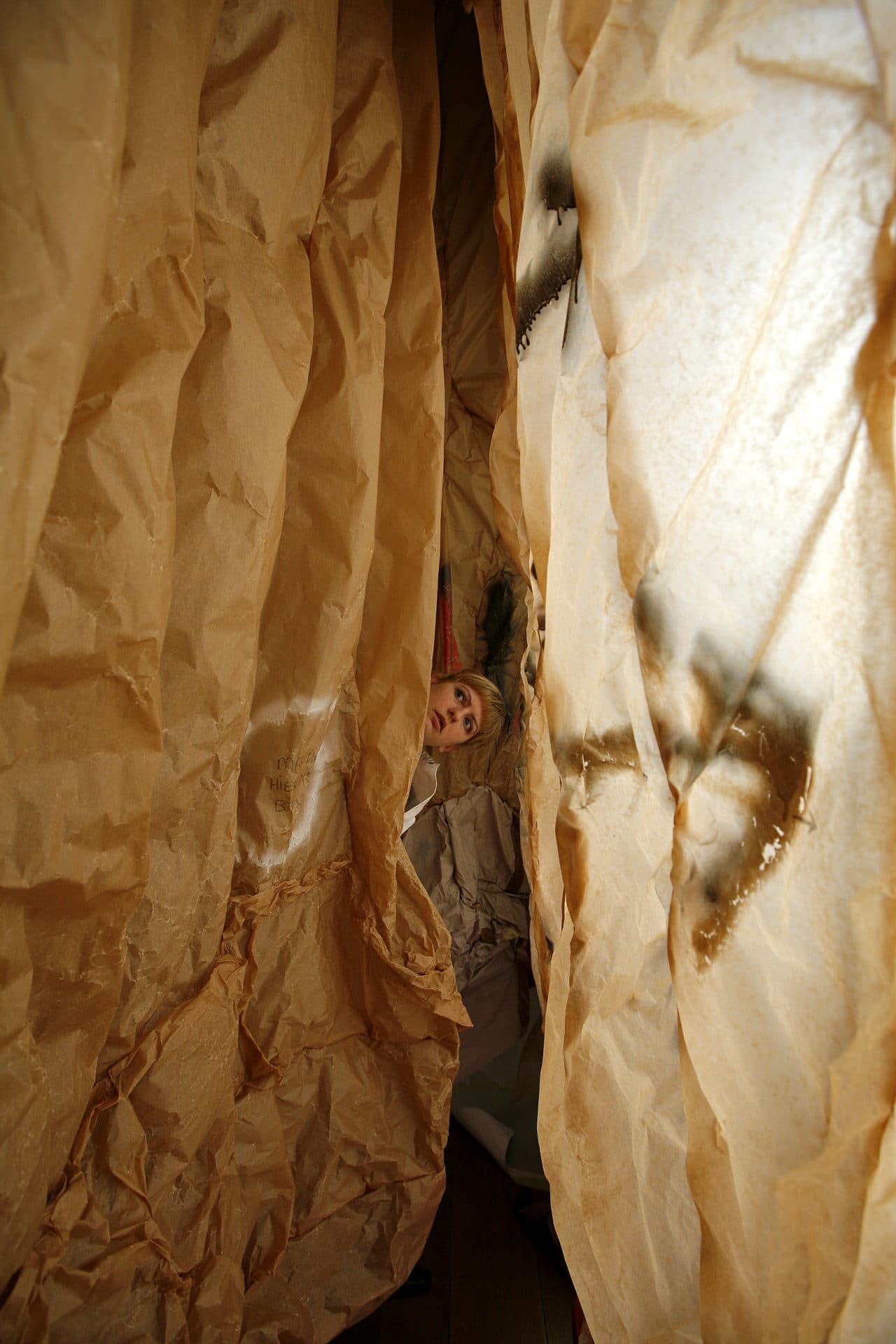 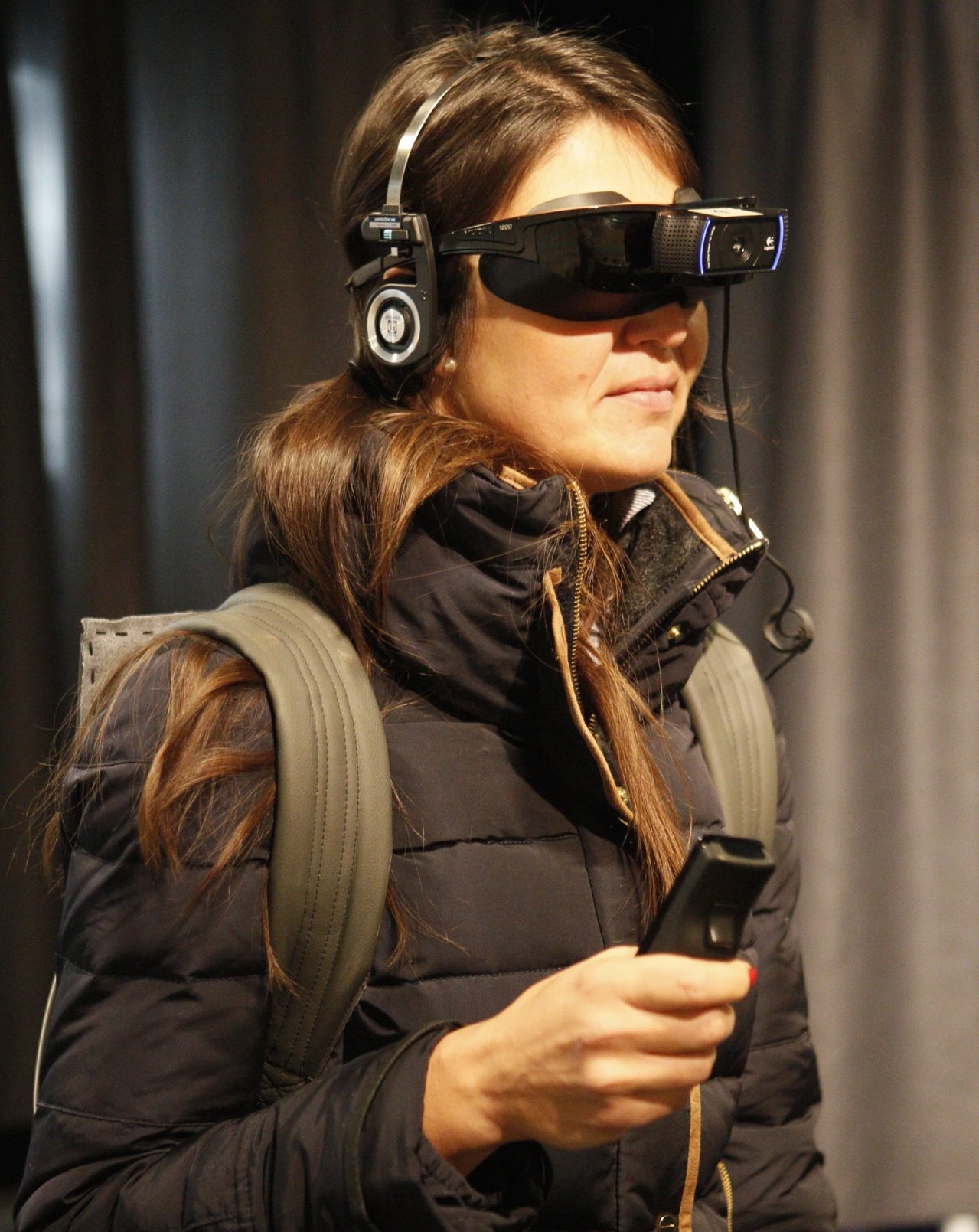 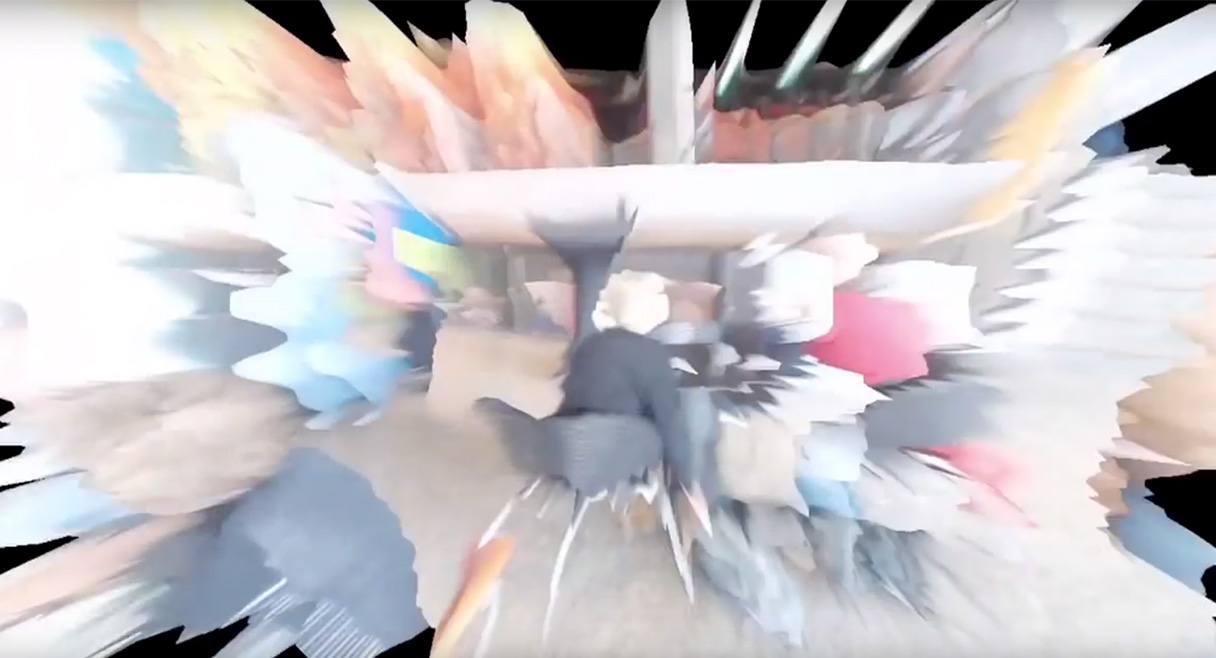 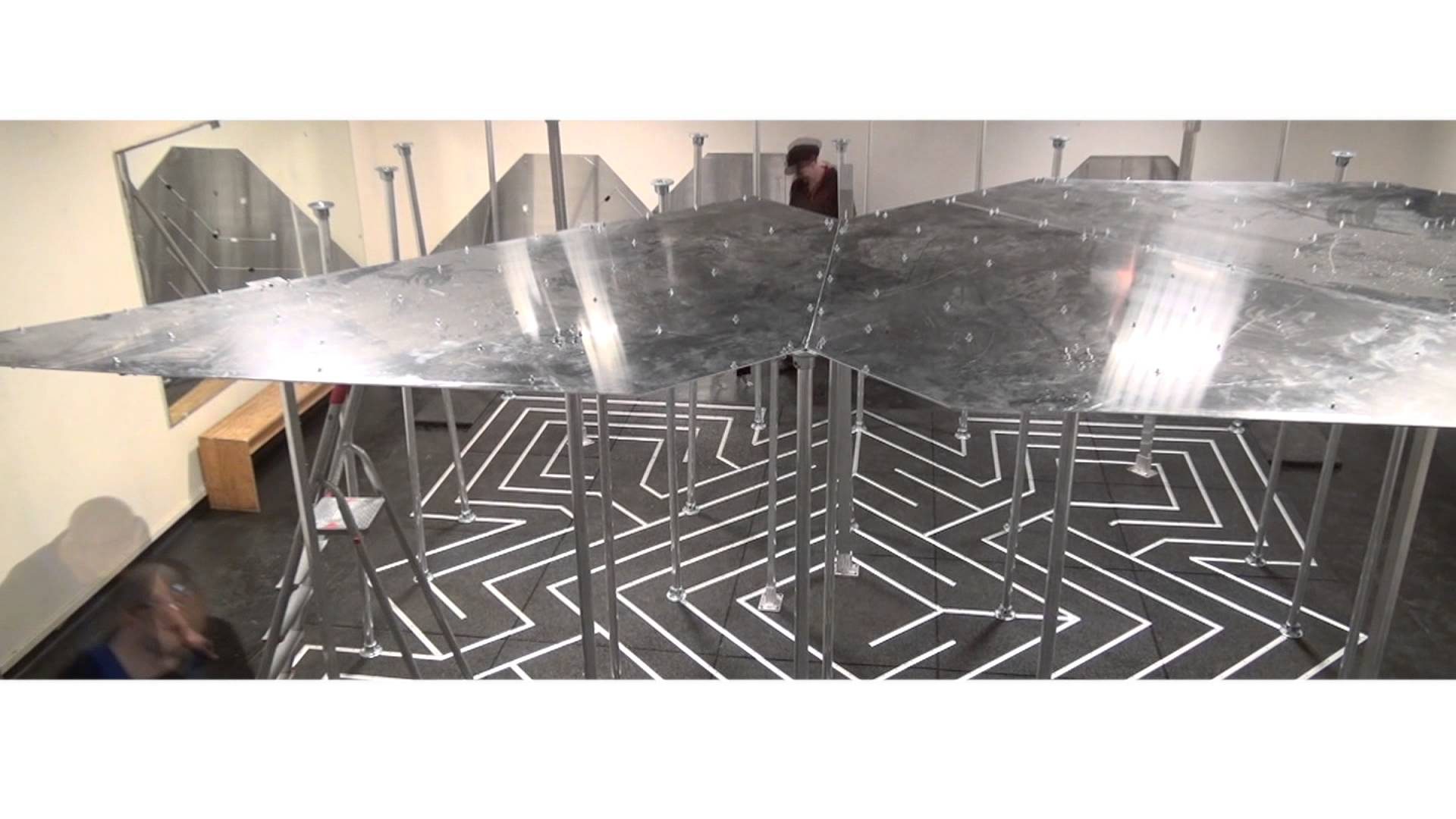 Priya is a ‘rape survivor superhero’. Together these three words are shattering taboos in India, thanks to the powerful comic...
See more