The ‘Clothing Man’ has transformed the culture of giving – and receiving – in India with his treatment of clothing and urban surplus material as a sustainable development resource.

Popularly known as the ‘Clothing Man’ in India, Anshu Gupta (pictured below) was formerly a journalist searching for stories. Now one of the country’s leading social entrepreneurs, Anshu founded Goonj in 1999 with the mission of bringing ignored basics like clothing into the mapping of development work.

Goonj has since become a mass movement for the recycling and reuse of colossal amounts of surplus clothing and other household goods – from India’s rich to its poorest communities. Material that might normally considered fit only for charity has been transformed into a resource for bringing dignity and development to people.

Anshu told us his inspiration remains always the proud, hard working people in the villages of India: “In my travels across the country, on one hand I noticed sky high buildings, statues, fancy airports, while on the other side, talking to people I saw some of the worst disasters of our times. Going deeper into the country I could see immense suffering, neglect and still the best of courage and human spirit.” 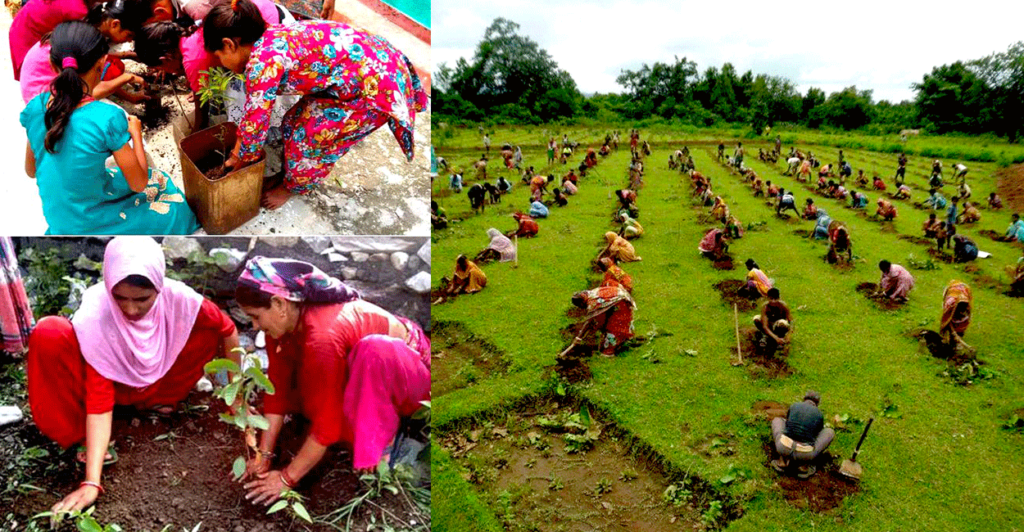 One story in particular changed his life, and made him realise that clothing was overlooked as a basic human right. Be prepared to be as shaken by this as Anshu was:

On the roads of Delhi, India’s capital, Anshu met a man called Habib, who had “Laawarish lash Uthanewala” written on the side of his rickshaw. This means “person who picks up unclaimed dead bodies”.

It turned out that for every dead body Habib took to the crematorium, he received a small honorarium of twenty rupees and two metres of cloth. He said the had much more work in winter than summer. His little daughter Bano told Anshu, “When I feel cold, I hug a dead body to sleep. It does not turn around, it doesn’t trouble me.” These words gave Anshu a deeper insight into the ignored disaster of winter for many – those who don’t have enough clothes.

Stories like this stayed with Anshu as he and his wife decided to start Goonj some years later. They started highlighting how every year, as millions of people die or suffer in winters, enough cloth can make all the difference. He started to reposition old material as a resource for nurturing human dignity, instead of being a tool of charity.

Anshu explains about the people in the villages of India, “Just like us, they put a lot of value on their dignity. In fact, begging is an urban India reality. In the villages there are NO beggars. There, people may earn little, but they value working hard for their dignity.”

The NGO strongly believes that charity takes away a person’s dignity – and without dignity, development is incomplete. With the Cloth For Work initiative, now renamed Dignity for Work, people in the villages of India are asked to identify their own issues and are rewarded for their efforts with family packs of necessities, like food, clothes, furniture, utensils, toys and food grains. “This is how we turned material into a new currency that’s bartered with the efforts of people.” 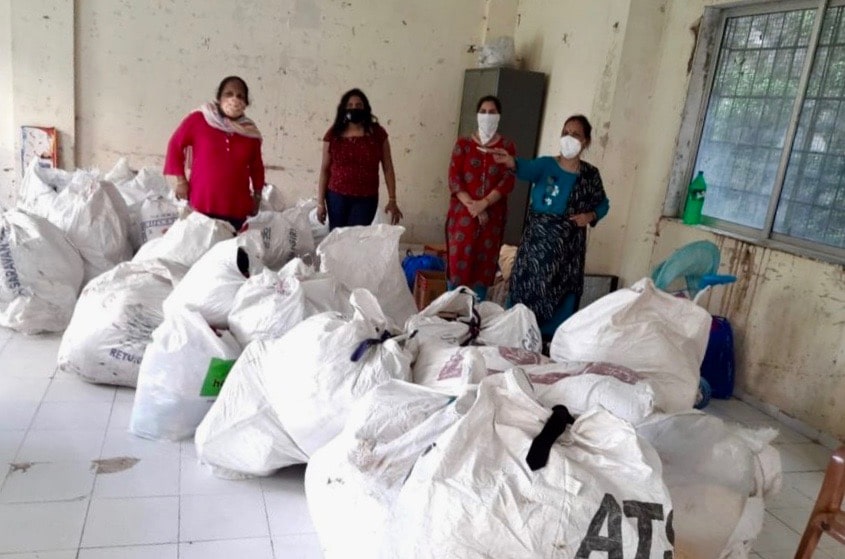 Goonj has a vast network of teams and partners with urban and rural grassroots institutions who mobilise, motivate and empower communities to identify local issues and village solutions. Villagers build big bamboo bridges, dig wells, clean ponds, repair roads and build schools with their own efforts, wisdom and local natural resources, strengthening their own community power. 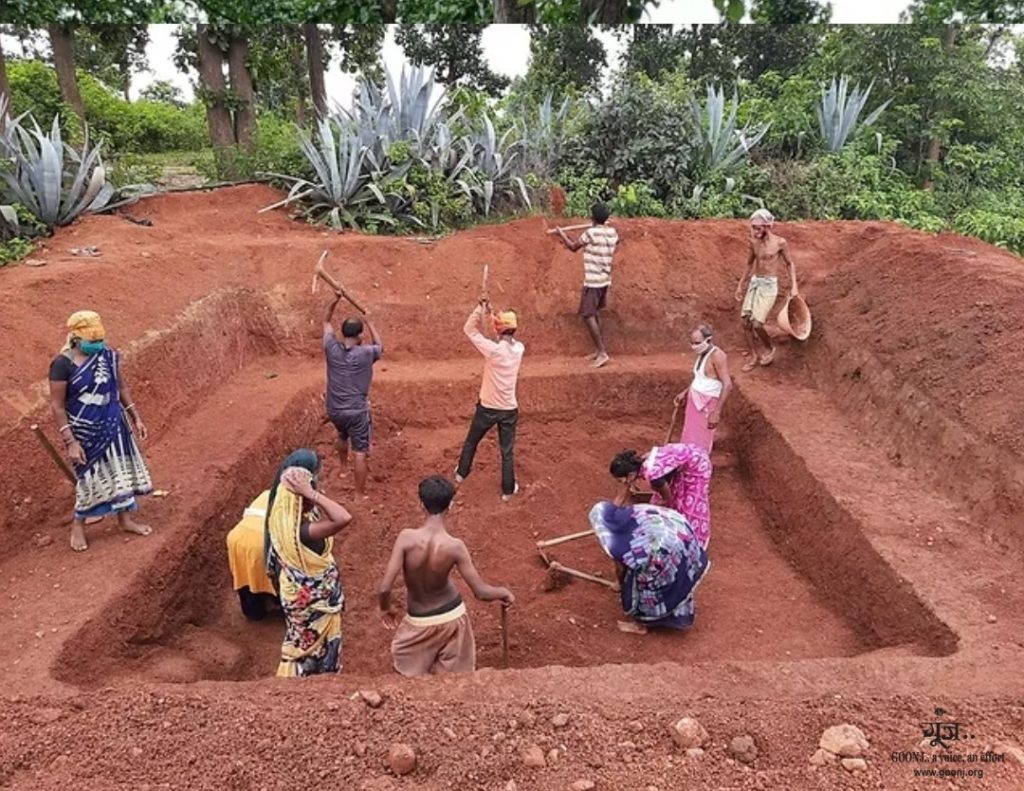 Today the social enterprise works in 25 states across India in disaster relief, humanitarian aid and community development, shipping over 6 million kgs of material every year, also converting thousands of kgs of completely unusable cloth into a range of products for urban and rural India under its Green By Goonj label.

On top of this, Goonj’s award winning School to School initiative addresses the educational needs of children in thousands of remote and resource-starved village and slum schools. It channels  the under-utilised school material of cities’ affluent schoolchildren into customised school kits for their rural counterparts – consisting of books, stationary, games, toys, uniform and shoes.

The pandemic might have put millions in lockdown mode, but it didn’t impact everyone in the same way. “We urge the world to look at disasters with a much-needed gender lens, especially prioritising menstruation as a basic human need.”

Understanding the need of cloth among women – as a vast majority still uses and needs cloth every month for their menstruation – Goonj creates Dignity Kits for rural women, including ‘MY Pads’ biodegradable cloth napkins created out of urban waste cloth. Aptly the project is called Not Just a Piece of Cloth.

“In villages and slums, millions of women and girls still don’t have enough to clothe themselves, so having enough cloth for their menstrual hygiene is a big struggle every month. At Goonj, we realise this is a human issue, not a taboo women’s issue. We turn surplus cotton cloth into hygienic pads and use these pads as a tool to open up conversations with women about hygiene, taboos and myths,” he says. “A humble piece of cloth is thus playing a role in saving a woman from a lot of indignity, embarrassment and infections.”

Over the years, Goonj has garnered major awards, including World Bank’s Development Marketplace award and NASA’s Launch award as a ‘Game Changing Innovation’. Forbes magazine and Fast Company listed Anshu as one of India’s most powerful rural entrepreneurs, and he has won recognition as an Ashoka and Schwab Fellow and the prestigious Magsaysay Award too: “In an era of machines, this is recognition for the needles.” 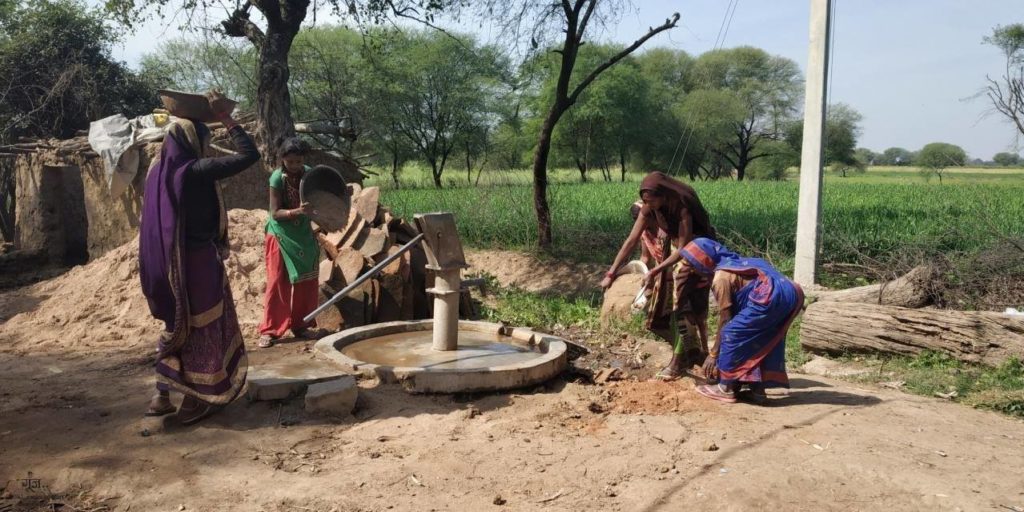 Now Anshu is focused on the global replication of his model to bridge the massive gap of social and economic inequities between urban prosperity and rural poverty – as well as the Goonj Alliance for Rapid Response on Disasters, a scalable shovel-ready idea that’s about beginning the work of disaster response in non- crisis time. 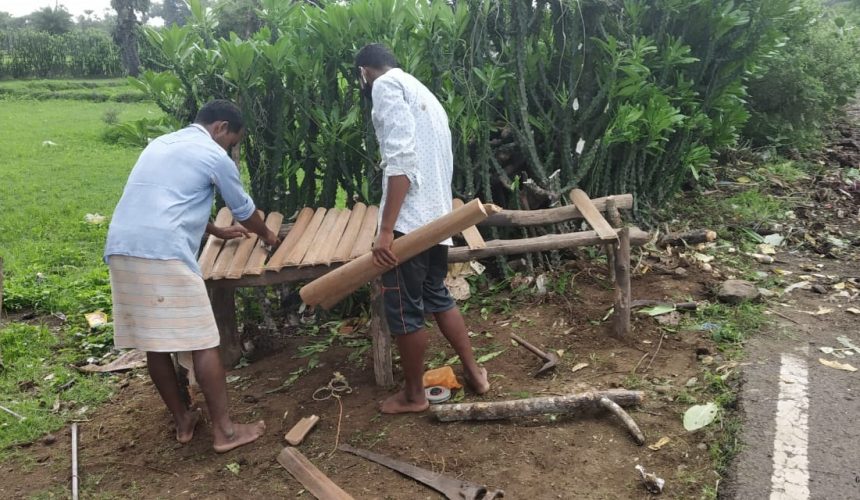 “Goonj doesn’t want to grow only as an organisation. It wants to grow more as an idea, where organisations and individuals across the world take up the work, learn from our experience and help get the basics of life to the people who need it urgently – always being mindful of their dignity and their needs, not as charity.”

AtlasAction: Check out the Green by Goonj range of upcycled products, 100 Stories of Change and volunteer here.

Read more ► Goonj was mapped by Kiran Bir Sethi, the design guru who founded India’s top school, in her AtlasChart Top 5: Around India in 5 social projects

Meet the Icelandic designer turning animal skin and bones into food packaging to get us talking. And it is.  ...
See more 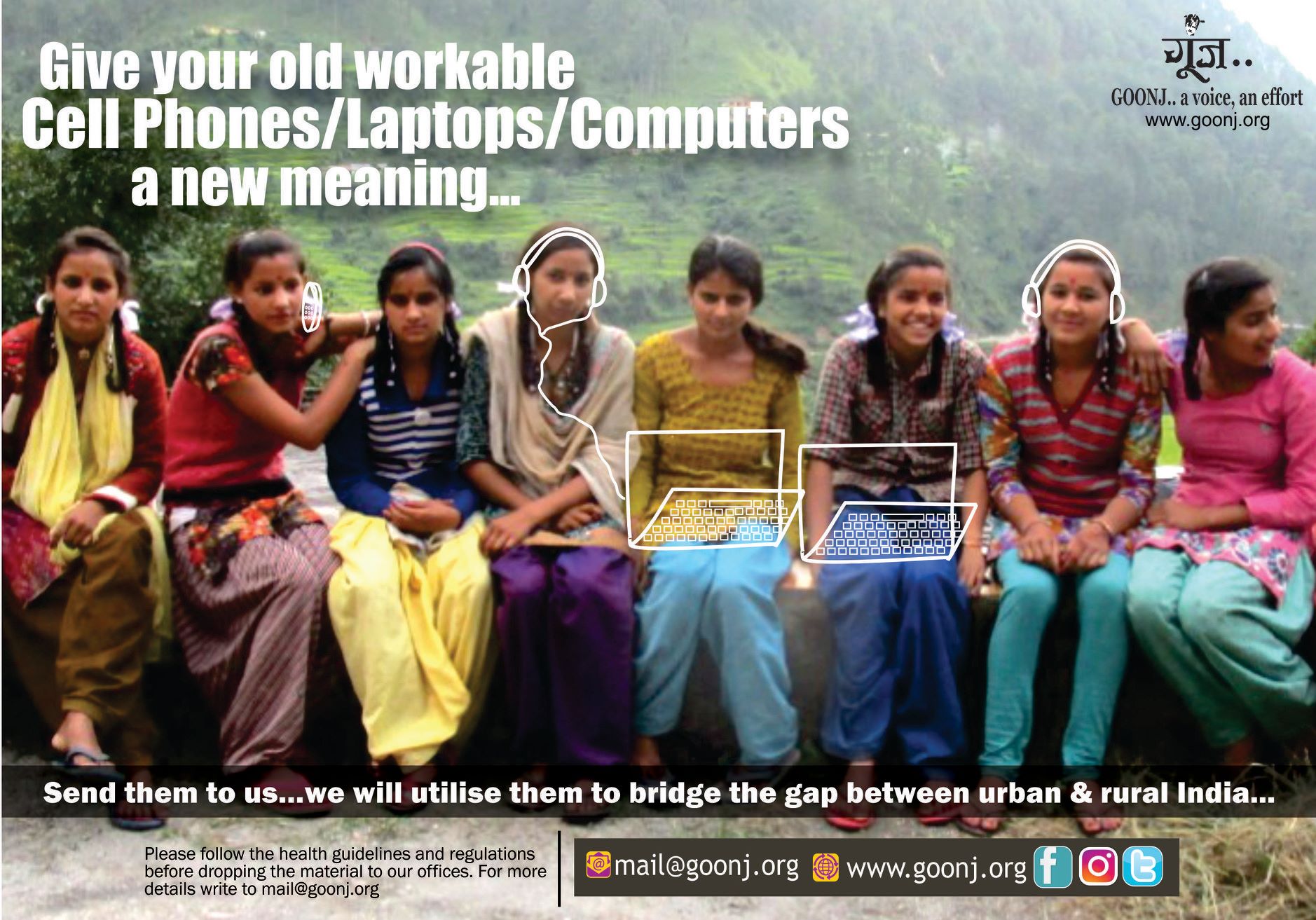 Meet the Icelandic designer turning animal skin and bones into food packaging to get us talking. And it is.  ...
See more