“It’s important to bring open-ended tools for discovery to a broad spectrum of users without dumbing down the tools.” – Manu Prakash

A paper microscope is making microscopy available to children everyone, wherever they are and whatever their budget. ‘Frugal science’ aims to make cheap and easy tools available for scientific use in the Global South. 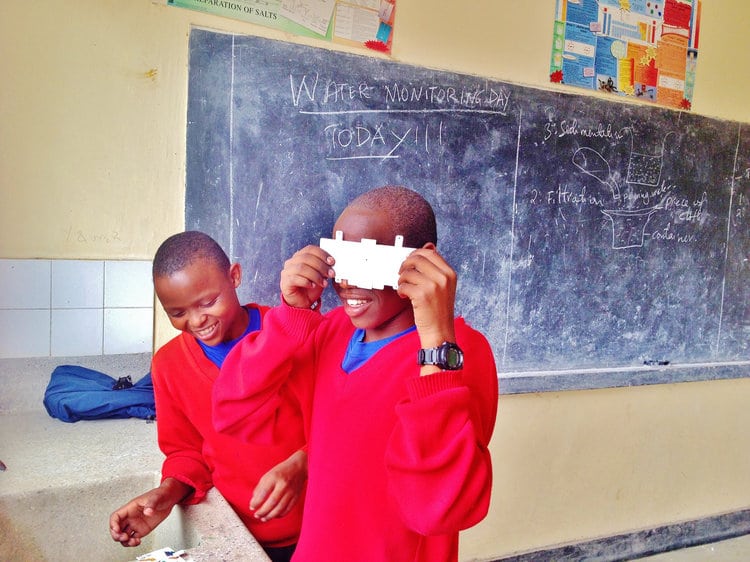 Paper aeroplanes are the extent of most people’s origami skills, and even then there’s no guarantee they’ll actually be able to fly further than your hand. Get a bit more creative and there are surprisingly few limits to what you can create out of paper, however, as demonstrated by bio-scientists Manu Prakash and Stanford University PhD student Jim Cybulski.

Manu and Jim had a dream of making the scientific resources we take for granted available to everybody around the world, and the result is Foldscope, a paper microscope that costs less than a dollar to build, yet is capable of helping children in resource-poor locations to discover science. 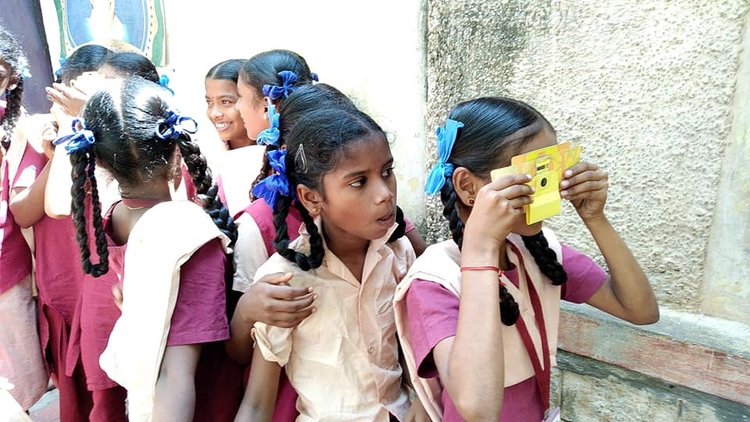 Manu believes that microscopes should be freely available around the world – just like the humble pencil. “I have a very simple vision of every single kid in the world carrying a microscope around in their pocket.”

“The living world far supersedes our imagination of how things actually work. And to see that actually unroll in kids is phenomenal. It’s fantastic to actually do this with kids who have no stereotypes of what it means to do science. There is no notion of this is a good question, this is a bad question or this is what you should ask,” Manu explains to the Moore Foundation.

The concept behind Foldscope’s is easy to understand, but when optics for microscopes can cost thousands of dollars, and precision manufacturing is required to house the optics so they’ll perform as intended, the challenges quickly become apparent. That’s another reason that Manu and Jim went with paper ahead of other materials.

Paper is naturally more affordable and easier to shape than most other materials; it doesn’t take up much in the way of space when stored, and can be easily and cheaply shipped around the world. It also has one other key benefit, says Prakash.

“Paper has a phenomenal property that if you fold it properly within a given set of instructions, it gives rise to precision. You can align optics that are important for a microscope to work, in ways that would generally require a lot more resources.”

Foldscope have also cut the cost of optics to mere cents, with its 140x magnifying lens costing a fraction of the price of traditional glass. In this case, Foldscope have used a tiny glass bead held within a plastic ring, with the more affordable optics helping the paper microscope to come in at under a dollar. Such a low price of entry isn’t just helping poor people, but instead it’s changing the lives of inquisitive children with no money. Foldscope’s pilot program alone helped to distribute over 60,000 paper microscopes to over 135 countries, with the only cost to recipients being the request to share findings with a budding online community.

Even putting the Foldscope microscope together has been made as simple as possible by the creation of online tutorials, helping those who are woefully incapable of making that flying plane to create something that actually works as it should, giving everybody the opportunity to delve into the microscopic world and share their findings with the scientific community.

Since the pilot program in 2014, Foldscopes have distributed over half a million paper microscopes, with the aim of handing out more than one million Foldscopes by the end of 2018.

“We believe that the most important part of Foldscope is not the tools themselves, but the communities that use them,” Foldscope explain on their website. “Especially now as we approach one million users, our community span many countries, ages, and levels of scientific background. Within the Microcosmos, Foldscope users connect, share their data and observations, ideas, and problems. It is a place to collaborate, find inspiration, and learn from fellow explorers. Through grassroots mentoring, we aim to create a network of curious members dedicated to exploration, open sharing, and equality of access of scientific tools around the world.”

Prakash’s dream of getting microscopes into the hands of every child is a big one, and that means Foldscope isn’t just targeted at those with no money. It’s also available to buy as part of a larger kit, including a metal storage box and instrument tray, optics, filters, tweezers and more. Sure, at $39.99 (€35) it’s no longer one of the cheapest scientific instruments on the planet, but you will be directly supporting distribution of free Foldscopes to children who can’t afford to buy their own.

AtlasAction: See what people from around the globe are observing with Foldscope at microcosmos.foldscope.com

This app turns you into a medical superhero!

"Because we might not have friends or family in abundance who already work in the creative industries, we're having to...
See more 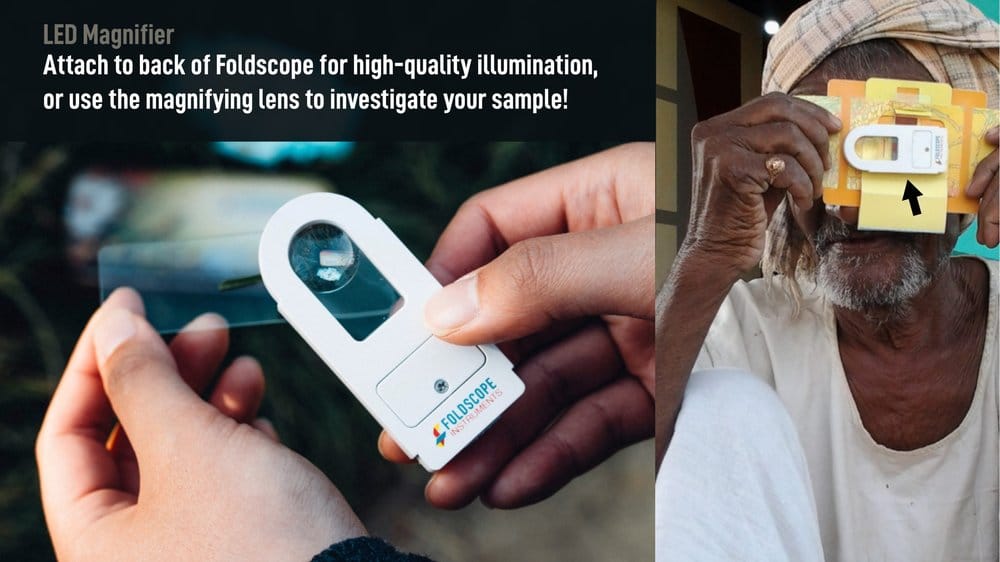 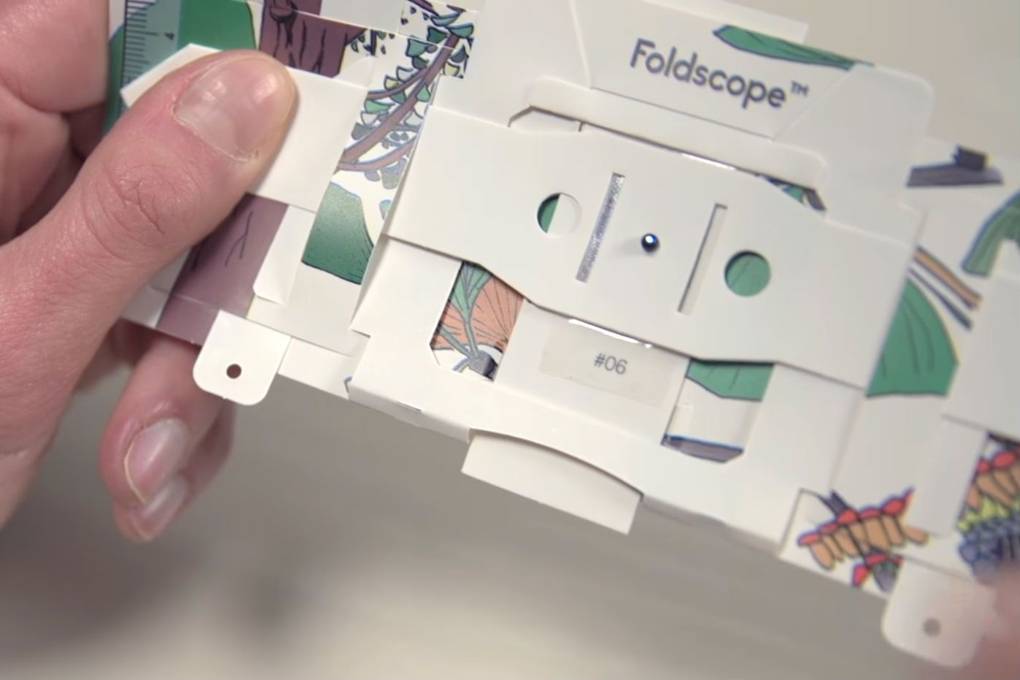 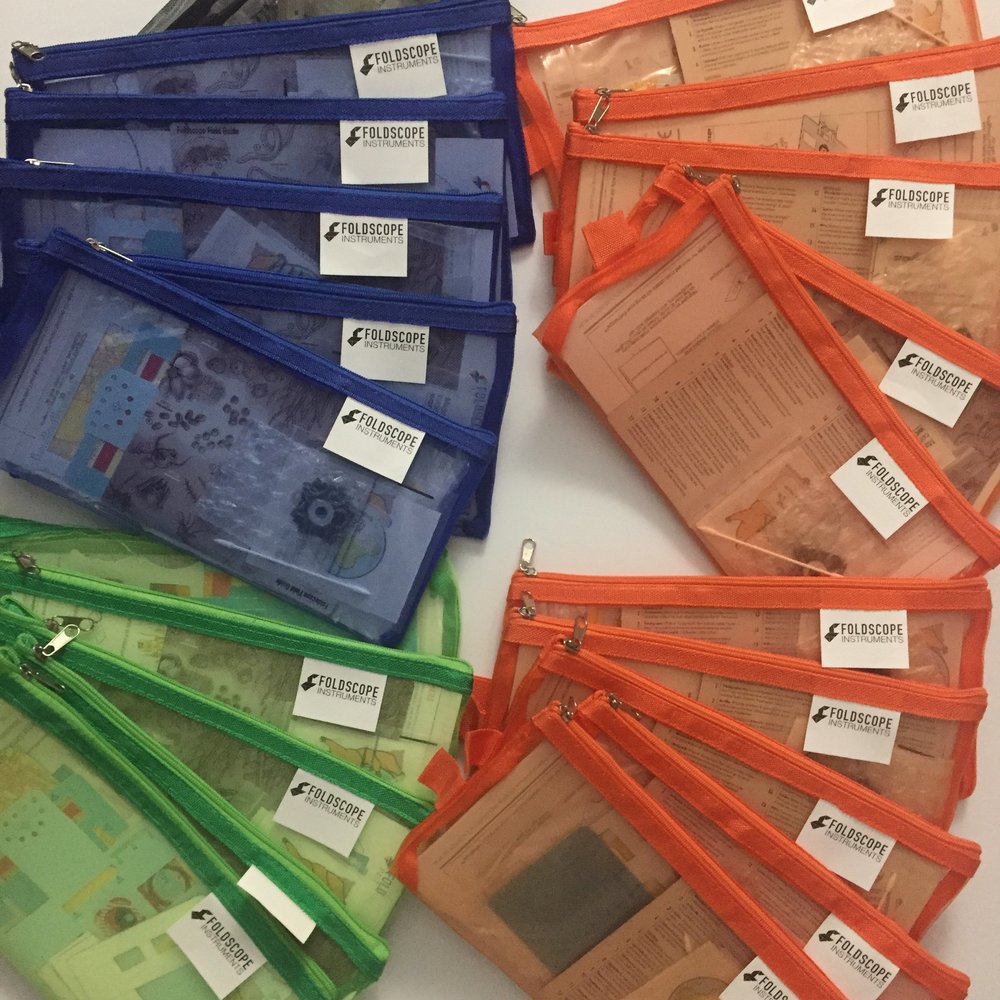 This app turns you into a medical superhero!

"Because we might not have friends or family in abundance who already work in the creative industries, we're having to...
See more