If somebody has a heart attack in a film, there’s nearly always a crowd of people nearby – and screaming the words “is anybody a doctor?” is generally enough to encourage the local and ever-present medical practitioner to crack on and save some lives.

Things are a little different in the real world, but there are millions of people who know CPR, and PulsePoint is the app that can use this knowledge to turn regular citizens into superheroes.

“The idea is a simple one. Use mobile phones to alert nearby CPR-trained individuals to cardiac emergencies simultaneously with the dispatch of traditional responders.” 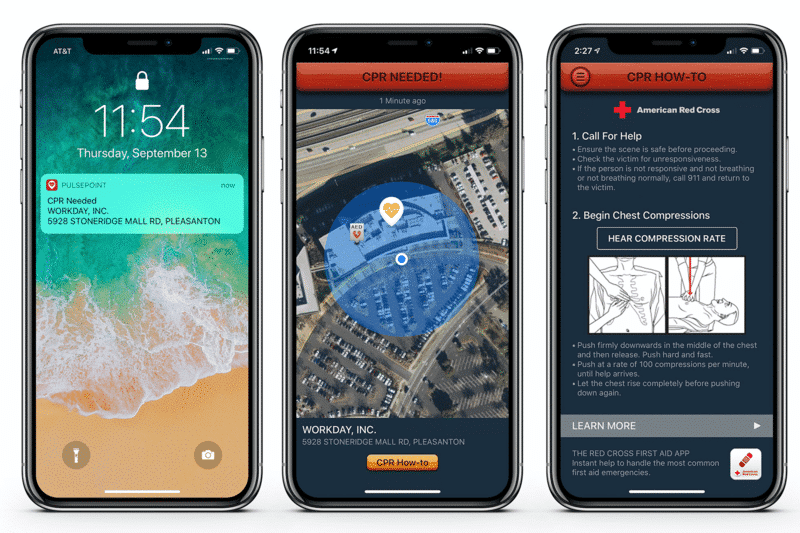 Instead of having to wait vital minutes for emergency services to arrive, PulsePoint has the ability to connect people with medical knowledge to those in need, helping to make that lifesaving difference. The app and – and nonprofit foundation – was borne out of a dream by retired Fire Chief, Richard Price, whose story starts in a deli several years ago.

“I sat eating lunch wondering where the siren I heard in the distance was heading,” Richard explains. “I was surprised to learn that the emergency was actually right next door. Someone was suffering from a cardiac arrest just feet from my location. It was far enough away that I was unaware, but close enough that I likely could have intervened several minutes ahead of the responding crew.

“I’ve always had an uncomfortable feeling that I could have made a significant difference in the outcome had I just known. Instead of listening to that siren, I could have been performing CPR or using the AED (Automated External Defibrillator) I carry in my car.”

Although Richard’s expertise couldn’t make a difference in that particular instance, it was directly responsible for the creation of PulsePoint. “The idea is a simple one. Use mobile phones to alert nearby CPR-trained individuals to cardiac emergencies simultaneously with the dispatch of traditional responders.”

It’s an idea that PulsePoint turns into a reality, with Shannon Smith, PulsePoint’s VP of Communications, explaining that the app is linked to the 911 dispatch centre. This means that calls to 911 reporting a cardiac arrest can simultaneously send an alert to PulsePoint subscribers in the vicinity – usually a quarter of a mile – along with professional responders, including fire, emergency medical responders (EMS), and paramedics.

“Richard’s inspiration came more from the increasing popularity of smartphones, and their use of GPS location based software,” says Shannon. “He wanted to explore the potential of using cellphones in the same way that professional firefighters used CB radios, especially in the instance of time-critical health emergencies, like cardiac arrest. There are approximately 326,000 out-of-hospital cardiac arrests each year, and survival rates are less than 10 percent, but those chances can increase threefold if bystander CPR is performed.”

“The biggest challenge we faced was continuing to believe in ourselves, as people told us again and again that it would never work,” adds Richard. “It may be human nature that when you hear a new idea that you instantly look for reasons why it won’t work.”

Since going live on iTunes in the US in 2011, PulsePoint has attracted more than 1.4 million subscribers, and Shannon proudly points towards the 4.8 star rating achieved to date. That success has led to PulsePoint making a difference in more than 3,300 communities across 42 states. Canadians are also benefiting, with PulsePoint available in the British Columbia and Kingston regions, and the app is also set to roll out across Winnipeg in the near future. 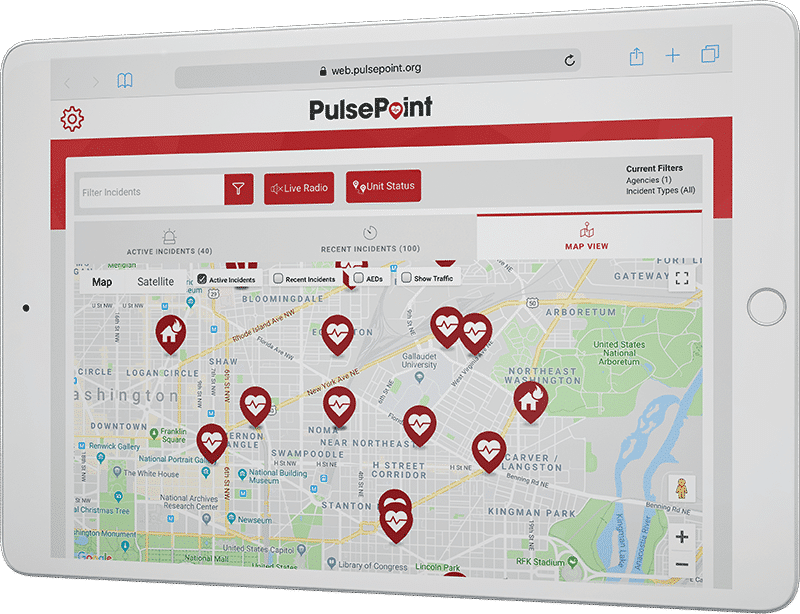 It’s a great success story, but Shannon also has some top tips from PulsePoint for innovators wanting to turn their own ideas into a reality. “Don’t expect others to love your idea as much as you do,” he says. “Anticipate critique and criticism. Embrace it as an important part of the creative process.

“Don’t listen to just anyone. Build a broad, well thought out sounding board. Listen carefully to what they think; and make sure they represent all angles of your idea. And finally, realise that acceptance takes time and hard work. No matter how good the idea is, don’t count on it selling itself. That’s always going to take you.”

Not content to rest on their laurels, PulsePoint have grand plans to continue their quest to turn regular citizens into superheroes.

“We’ve recently expanded our offering to include PulsePoint Verified Responder, a professional version of PulsePoint Respond, which provides vetted, professional first responders with advanced capabilities and alerts them to private-residential cardiac arrests (whereas PulsePoint Respond only activates to public cardiac arrests),” says Richard. “We’re also looking into expanding our call types for Verified Responder to include other emergency medical calls, where things such as Narcan, rescue inhalers and Epipens could be helpful.”

Let’s just hope PulsePoint continues their expansion into other locations and regions. We love the idea that your own medical hero may be just around the corner.

Richard Price describes the original inspiration for PulsePoint and the challenges of advancing a big idea:

AtlasAction: The free PulsePoint app is available for iPhone and Android and can be downloaded from the iTunes Store and Google Play.

The $1 microscope made of paper

"It’s important to bring open-ended tools for discovery to a broad spectrum of users without dumbing down the tools." –...
See more 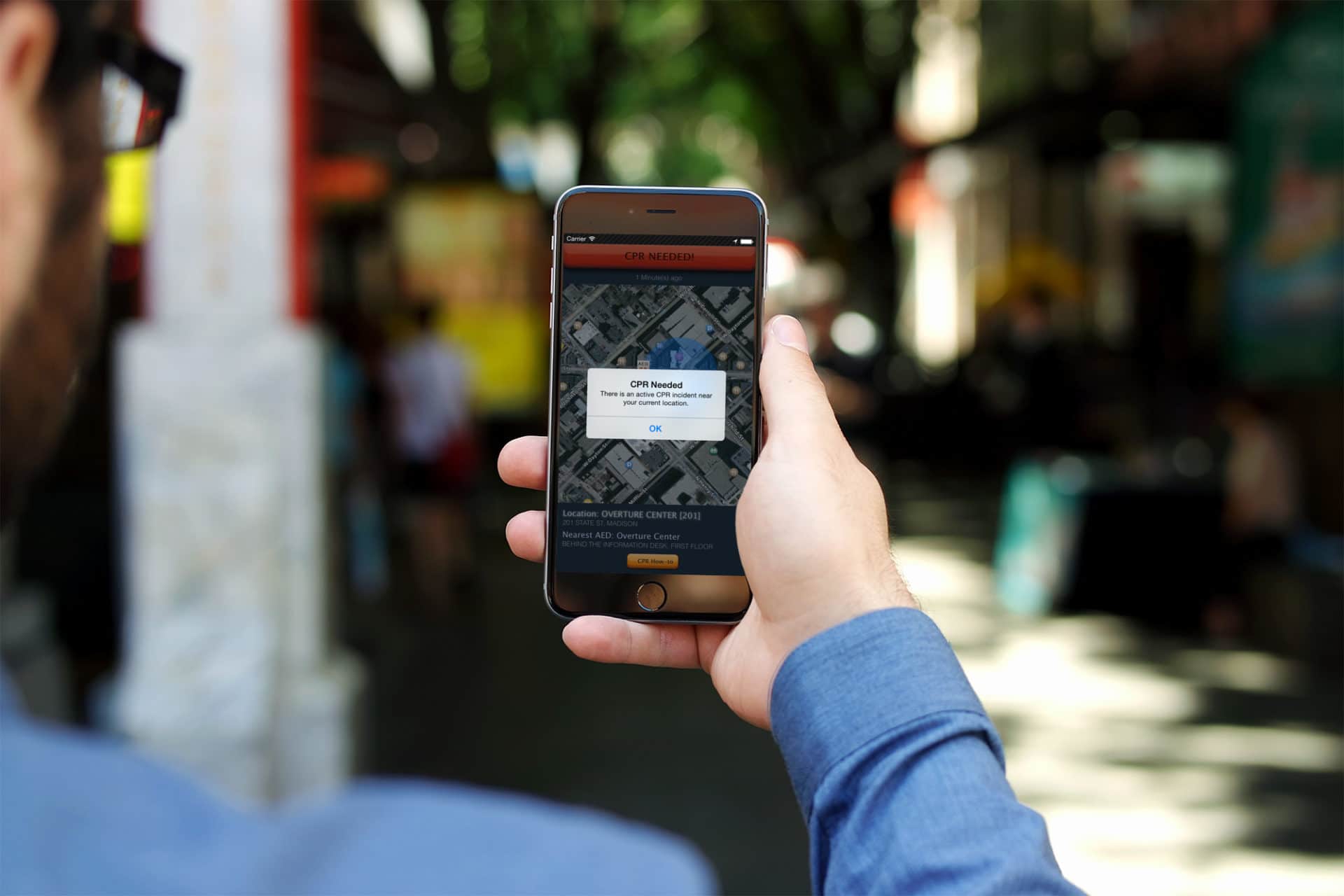 The $1 microscope made of paper

"It’s important to bring open-ended tools for discovery to a broad spectrum of users without dumbing down the tools." –...
See more