Colombia’s diverse geography – from towering Andean mountain ranges, to vast flooding wetlands and thick Amazonian jungle – has made countrywide access to public healthcare a near-insurmountable challenge. And that Herculean task has been made all the more difficult by a 52-year armed conflict that turned much of the land into no-go zones for public authorities. Most Colombians have only the most rudimentary access to healthcare; some none at all.

However, for the past half century, a group of volunteer pilots and doctors have taken the task into their own hands, flying out in light aircraft to the country’s remotest regions to deliver essential medical care to its most vulnerable communities – all free of charge. 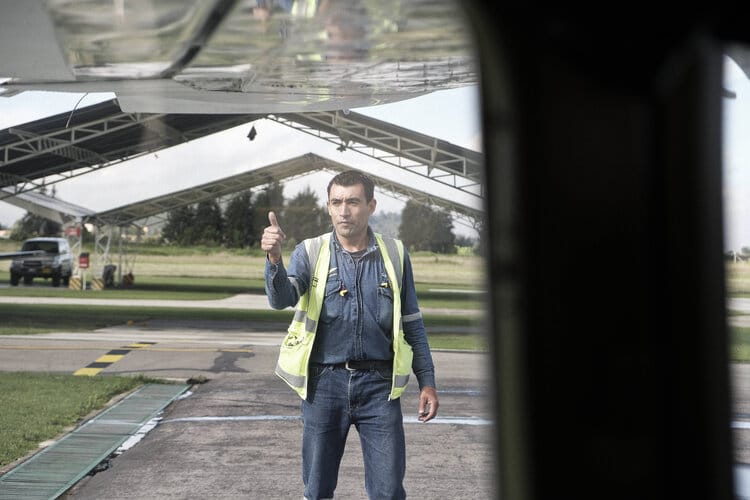 Patrulla Aérea Civil Colombiana (PAC) was founded in 1966 by five pilots who decided to volunteer their planes to help with search and rescue operations. After a few missions, they realised much of the country had severely limited access to even the most basic medical care and they began asking doctors to accompany them on the trips. Soon, schools and town halls were being converted into temporary hospitals, with specialists providing ambulatory surgeries such as hernias and cataracts. 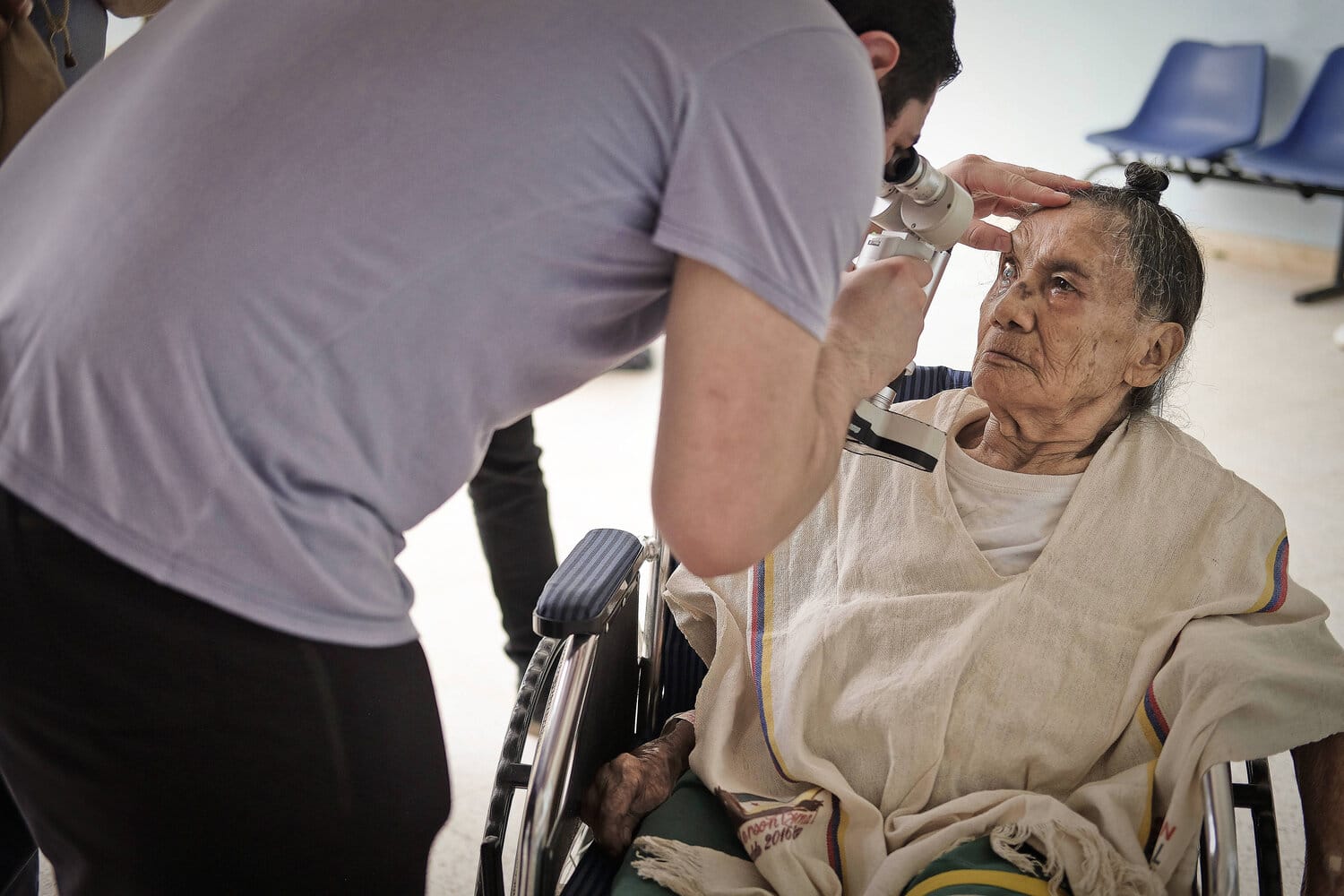 Volunteers were enticed by the chance to help the country’s most vulnerable and the opportunity to see parts of Colombia that had always been off limits. The pilots were often successful businessmen seeking an altruistic offshoot to their flying hobby.

With 300 volunteer health professionals and 70 volunteer pilots, PAC is now one of the leading volunteer organisations in the country.

The communities they serve are cut off from essential medical or surgical treatment, often because they are physically or financially unable to travel to the cities that provide it. Those problems can be exacerbated by cultural issues, with many of Air Patrol’s patients belonging to indigenous communities who find being in cities extremely challenging.

“70 of the country doesn’t have access to this kind of medical care, and 40% has no access to medical care at all,” says Enrique Martín Poveda, PAC’s Director of Operations. “For so many people, we are the only opportunity they have to get access to a doctor or a surgeon. We can change someone’s life in the space of a one-hour surgery.” 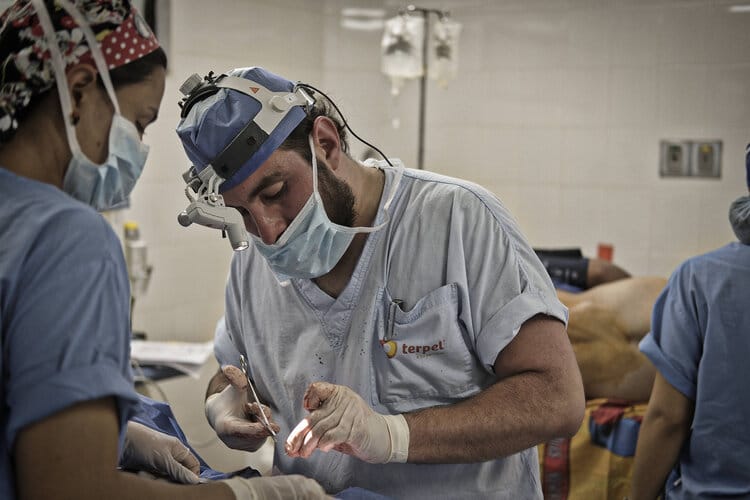 On average PAC – which only has eight full-time employees – carries out one mission a month, each lasting three days and involving around 1,100 medical consultations and 120 surgeries. The volunteers work around the clock, Friday to Sunday, often getting only a few hours sleep. If the local hospital doesn’t meet the required standards, PAC renovates; flying out conditioning units, water storage tanks, or portable power generators.

“The logistics can be a nightmare: the tons of equipment, finding a place to serve as a hospital, where to land the planes – it’s endless,” says Chrysalide Duarte, PAC’s Director of Projects. “Sometimes it’s just not possible and you have to say no to people. That’s the most difficult part.”

The organisation has sufficient equipment to equate to a Grade II-level hospital on Colombia’s grading scale. As such, each mission, PAC will target areas that don’t have access to a Grade II medical care. According to the requirements of the specific area, and the infrastructure available, PAC provides one of four types of brigade: surgical, medical, pediatric and nutritional, and emergency (first responders for crises).

The scheme is funded through corporate donations and sponsorships from the country’s leading companies, both national and international. For example, Colombian oil and gas giant Terpel has donated all the jet fuel for the past decade. Another local company provides the maintenance for PAC’s medical equipment.

“We have permanent donors we’ve worked with for many years, but we’re still not that well known in Colombia.” says Duarte. “Before the peace, for the safety of the pilots and volunteers, we had to keep a low profile. Now we’re doing the opposite to try to get more funding.”

Indeed, before the Colombian government and the country’s marxist rebels, the FARC, signed a landmark peace agreement in 2016, bringing to an end over half a century of armed conflict, the life of a PAC volunteer was a precarious one. “Kidnapping was always a massive threat,” says Duarte. Between the 1970s and the turn of the millennium, Colombia had the highest rate of kidnappings in the world: in the year 2000 alone, the number of kidnapped people in the country rose to 3,572.

To combat these dangers, PAC had to maintain direct contact with the armed groups. Whenever they wanted to go somewhere, they had to reach out to the group in control of that area to get permission. “They (the armed groups) would often have sick family members, so they would usually allow us to come,” says Poveda. “We probably had more contact with them than the Colombian government. But we’re apolitical; we give medical assistance to all human beings, no matter who they are.” 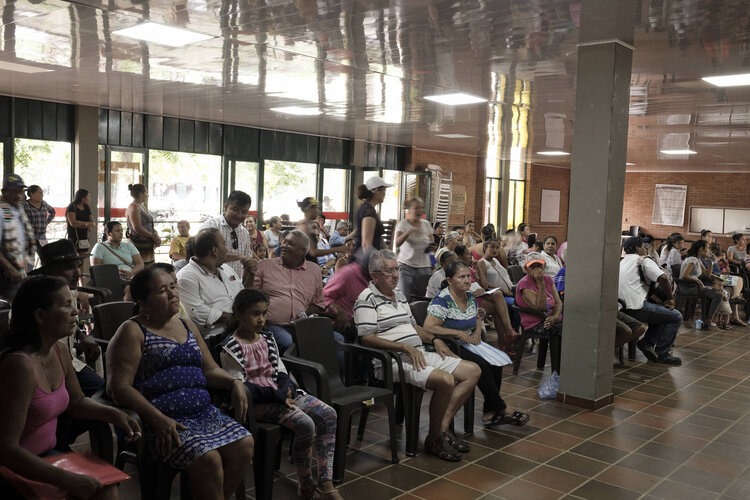 There are also other, more inherent, dangers involved in flying light aircraft to and from remote areas with little in the way of infrastructure. In 2006 the organisation had a fatal accident on the Pacific coast, in which a pilot, a doctor, and a mother and child tragically lost their lives in a crash as they rushed to the city of Cali for an emergency surgery for the child.

Since PAC started recording its missions a decade ago, the group has provided over 200,000 medical consultations and performed over 9,000 surgeries. The brigades have now been going so long that some of the sons of the original founders are now themselves pilots for the group. Despite the low profile PAC has purposefully cultivated, the non-profit has clocked up an impressive 38 awards over its history — including the King of Spain’s human rights award in 2017.

In the same year, PAC was one of the winners of Desafío Google 2017: the Latin American chapter of Google’s Impact Challenge, awarding both money and support to non-profit innovators across the world. The group is using the $450,000 prize money to develop a field hospital — a self-sufficient mobile infrastructure that can be taken to even the most under-developed regions, making care available to many thousands more people — and a health information system that will give PAC vastly more efficient access to medical records across the country.

Looking forward, PAC has its sights set on broader horizons, eyeing an expansion into neighbouring countries. “We’d like to grow into an international organisation and help out in places like Ecuador and Peru,” says Duarte.

Perhaps more importantly, the success of PAC’s funding model could be its most enduring legacy. According to the World Health Organisation, half of the world’s 7.3 billion people still can’t access essential health services. Even for many who can, the costs are often cripplingly high. In 2010 over 800 million people spent at least 10% of their household budget on healthcare, and nearly 100 million people fell below the poverty line as a result of their spending on health services.

PAC has established a functioning revenue stream, proven over the course of half a century, that exchanges effective corporate PR for funding or logistical support. In a world in which Corporate Social Responsibility (CSR) becomes an ever-growing part of a company’s marketing budget, forward-thinking businesses are crying out for ways to prove their beneficial effect on the countries in which they operate.

Economic resources in the developing world are often disproportionately concentrated in cities, often as a direct result of geographical or conflict-related issues, and initiatives such as PAC’s can provide an indirect way of spreading those resources to more remote areas.

For many people, the ultimate end goal is universal access to public healthcare; in the meantime, initiatives such as these can provide essential stopgaps for the most vulnerable communities.

“The model is transferable to other places in the world – say, in Asia or Africa,” says Duarte. “And we’d be very happy to help people if they wanted to set up something similar in their own country.” 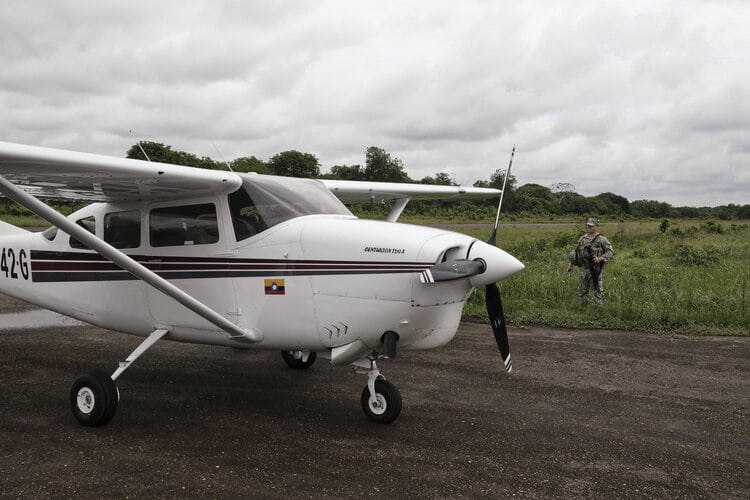 AtlasAction: With your help PAC can continue to realise this dream of contributing to the construction of a better country.

The homeshare journey
Florence is a 95 year old partially sighted widow who used to be a keen tennis player. The RAF veteran was...
See more 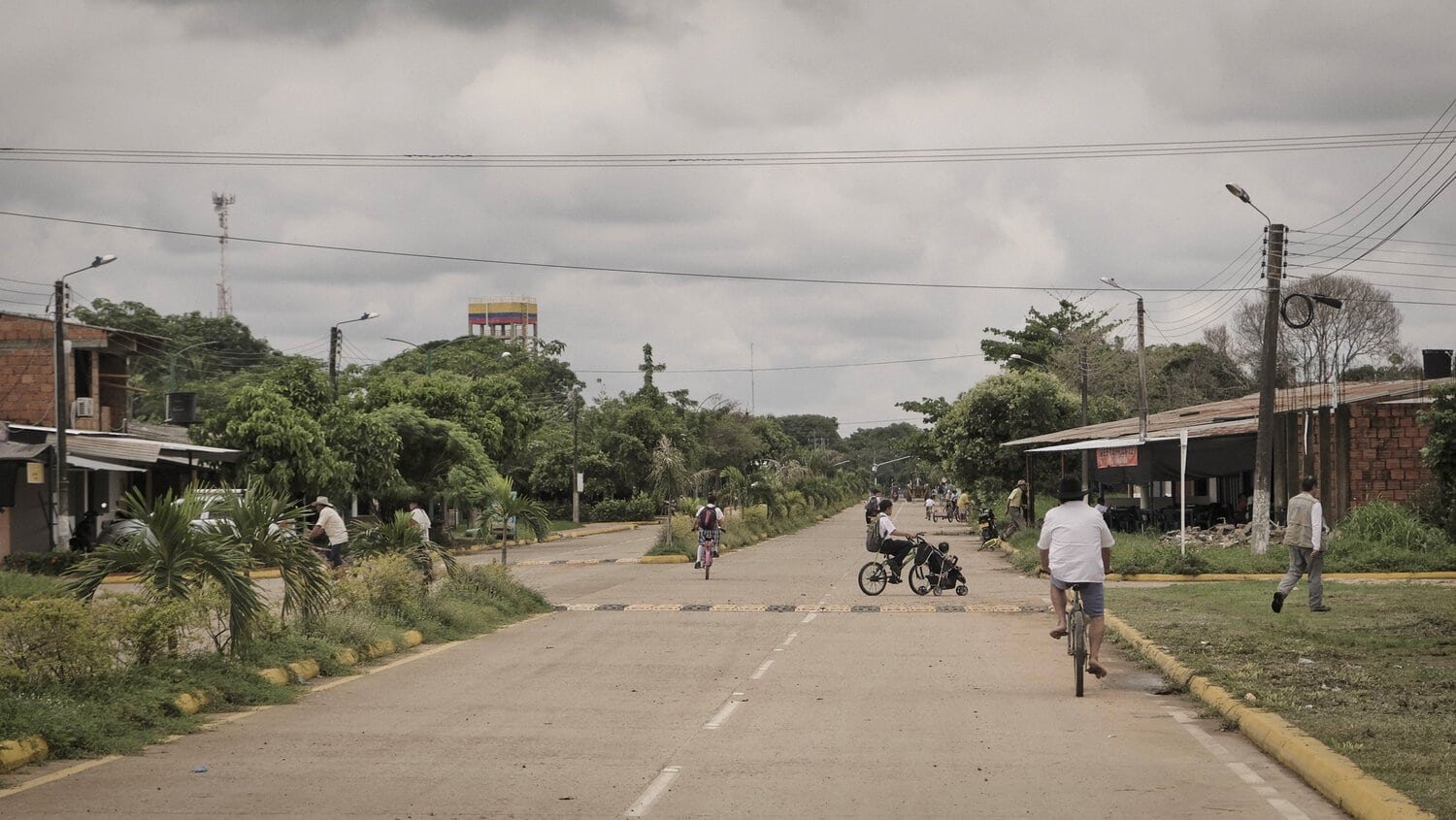 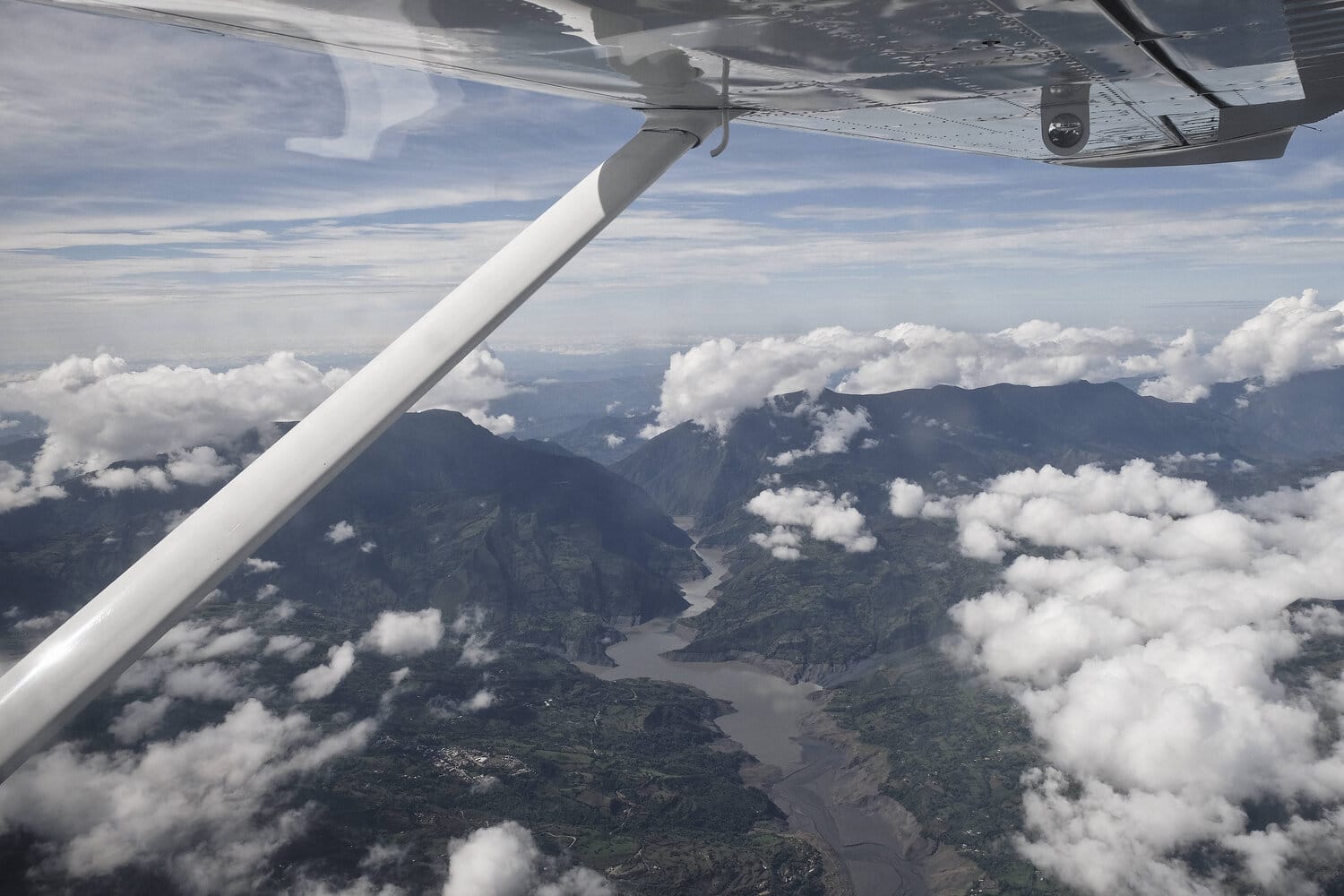 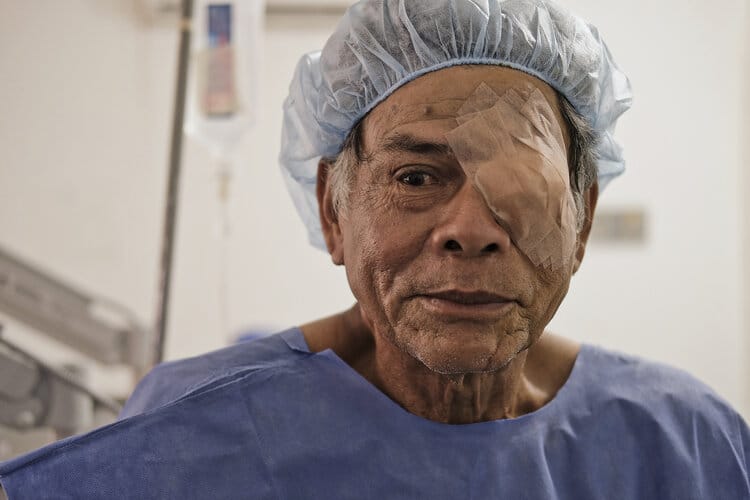 José Torres is waiting to have a cataract removed from his left eye. He has returned to visit PAC after they removed a cataract from his right eye on their last visit to Orocué four years ago — ophthalmologists often only operate on one eye at a time in case of complications 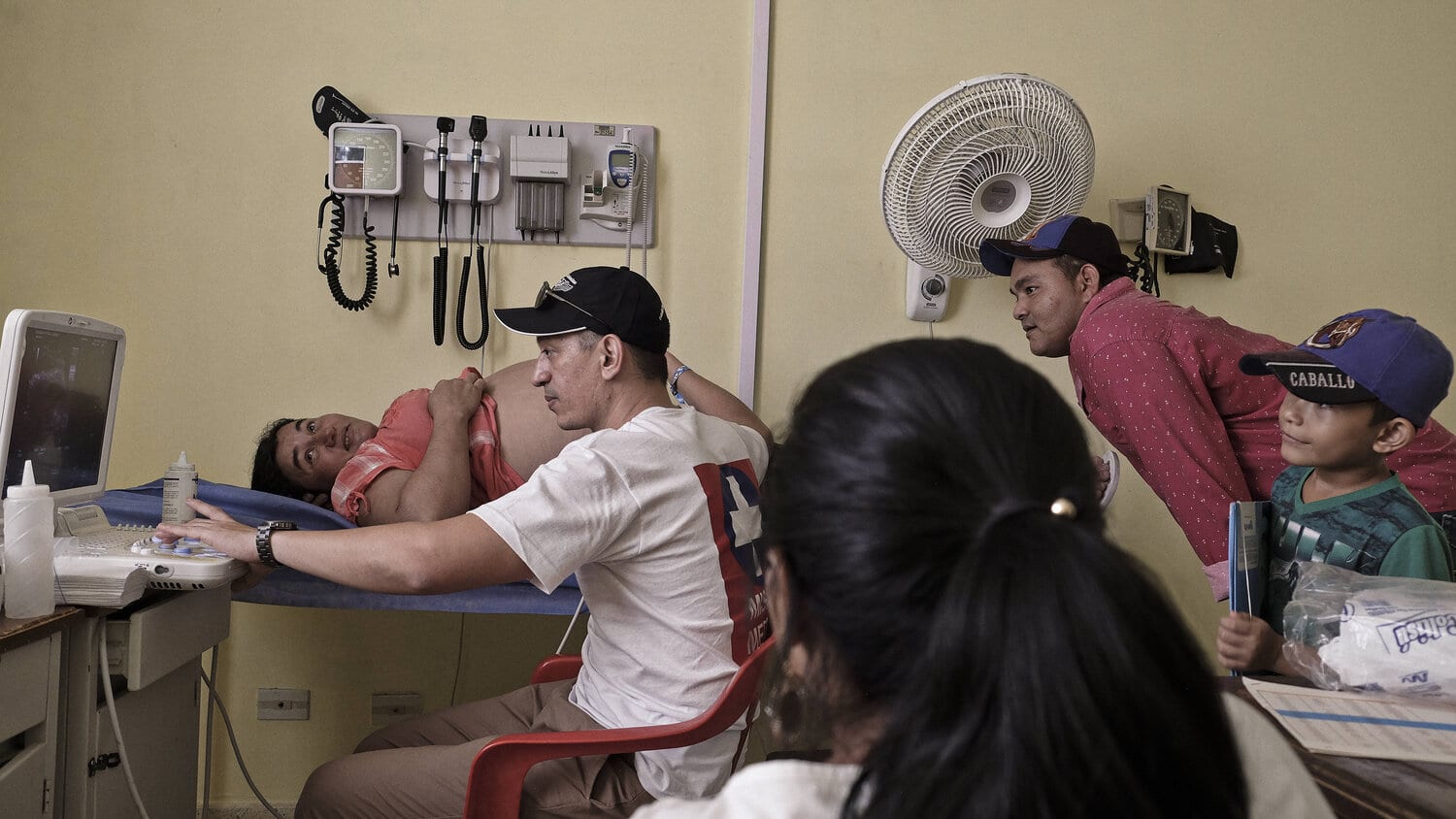 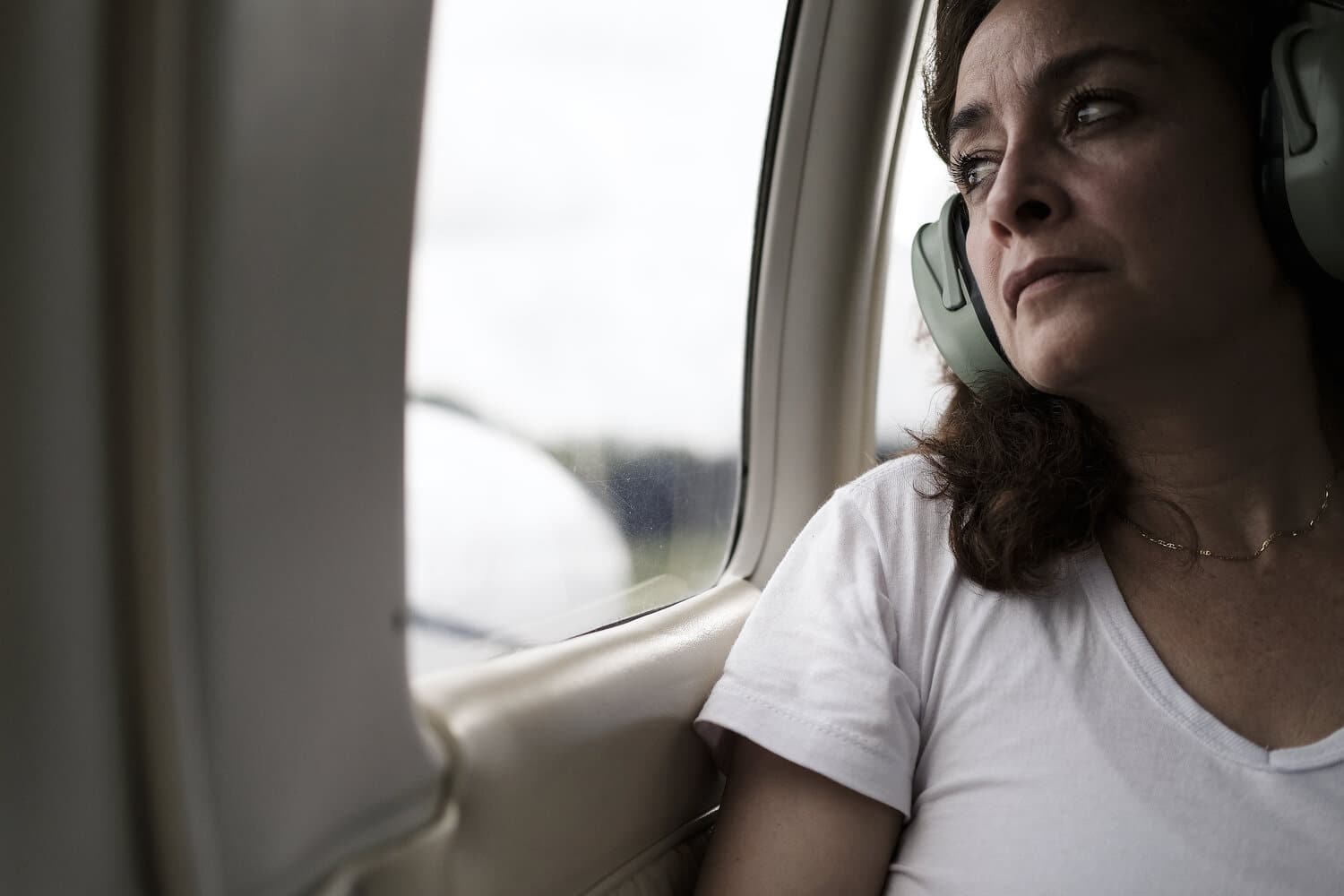 A volunteer heads home to Bogota after what’s been a long, tiring weekend. Many will have shifts at their hospitals and clinics the next morning — some even that evening

The homeshare journey
Florence is a 95 year old partially sighted widow who used to be a keen tennis player. The RAF veteran was...
See more