Florence is a 95 year old partially sighted widow who used to be a keen tennis player. The RAF veteran was one of nine million adults in the UK who say they are often, or always, lonely. Until she came across a homesharing advertisement in the letters page of a newspaper.

The Two Generations initiative aims to tackle loneliness by matching older householders looking for companionship with a friendly younger person in need of somewhere to live. The projects also aims to increase the independence of older people, delaying their entry into care, and provide a wider support network beyond their immediate family and public services.

Sam Brandman was inspired to found Two Generations by his grandmother, Tilly Howard, affectionately known as ‘Glam’. He was always in awe of how brilliant she was:

“When Glam was growing up in a poor family in early 20th century East London, going to university was never an option. Her family had limited resources to send her to school and she was part of a generation where women were not expected to further their education. So she spent her early adult years raising her two children. It was not until she was in her fifties that she went to university for the first time, to do a degree in Chemistry. In her eighties she followed this with a second degree in Classics.”

And there’s more. “At 90, after having overcome cancer twice and open heart surgery, Glam took part in a table tennis world record bid for the greatest number of successive shots played by successive players – which they successfully achieved (though possibly since surpassed)! She was a formidable woman with a wealth of knowledge to share,” he tells us. “However, she lived alone and I felt sad that her brilliance was not shared with anyone.”

Not long after she died, two-and-a-half years ago, Sam felt compelled to do something to ensure that others did not have to spend their later years alone. He found a friend who is an expert in safeguarding, and co-founded Two Generations so that many older people could share their experience. After research, he decided that the Homeshare model was the best sustainable model to help lots of people at scale.

“Ageing well means being able to remain as independent and find as much pleasure in life as possible, with friends and support where needed. Our tech allows us to be innovative by creating bespoke matches which will allow people to age better by creating meaningful relationships.” 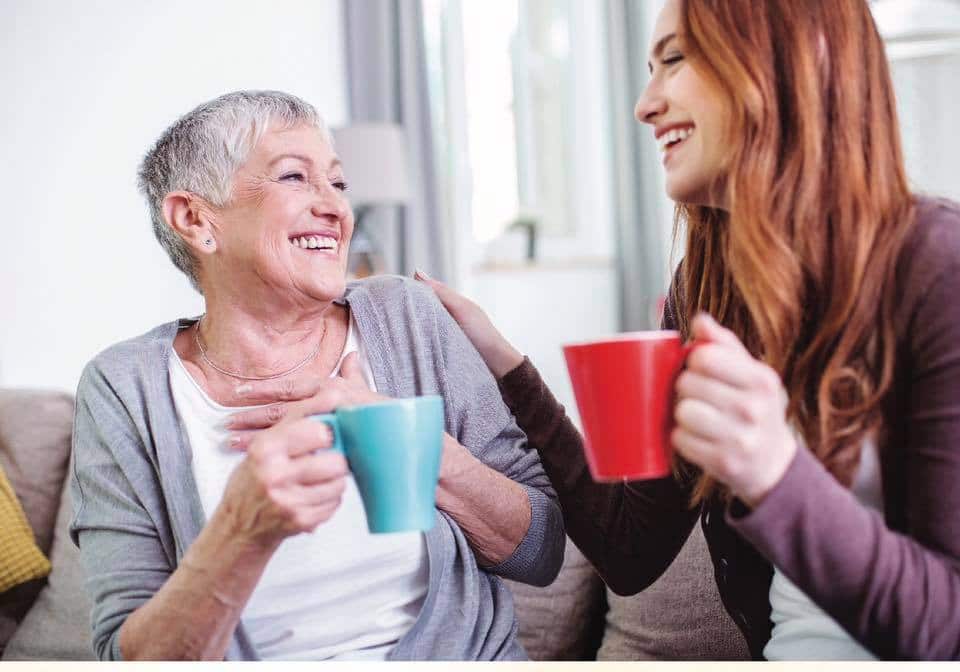 With Two Generations, Sam aims to combat isolation and foster friendships between generations: the homeshare scheme matches older people in need of companionship with younger people who cannot afford the cost of accommodation and are willing to offer household support.

The simple, but innovative tech solution consists of an algorithm that can match householders and homesharers based on preferences: gender, culture, lifestyle and hobbies. This allows the organisation to efficiently match large numbers of older people and be able to scale up effectively across the country.

The website asks:”Would you like some companionship or a little extra help around the house? We want to find someone who you’ll enjoy sharing your home with, and who can provide a bit of household help each week. Looking to save money on accommodation costs and willing to help out around the home? We will match you with a friendly householder in a great location for you.”

Of course, quality and safety are two key values. Two Generations is a member of the national body Homeshare UK; the team performs interviews, checks and references prior to move-in; and they provide ongoing support and reassurance throughout.

Sam’s long term plans are to be able to partner with a wide number of organisations, third sector organisations – social prescribers and NHS Clinical Commissioning Groups – and allow local partners to have login details to access the matching technology and help run the scheme in their area. Not only do homeshares help combat isolation, but using the technology empowers older people to be able to easily discuss their own preferences and access a number of profiles of potential homesharers that they can choose from.

Intergenerational homesharing is a growing international trend. Among the pioneers are Le Pari Solidaire, who have matched 3,500  people since 2004 and Humanitas, an intergenerational Dutch retirement home that puts together the young and old, and people suffering from mental disorders with students and volunteers, to share conversations that are not only about death, sickness and old age, but also about youth, parties, girlfriends – and the internet, of course.

So many older people are going for weeks and even months without speaking to another human being, so allowing them to find a friendly younger person to live with can make a huge difference, not only to emotional wellbeing, but to physical health, also affected by loneliness.

“The biggest celebration was a recent happy match of 91-year-old Dennis and Syrian refugee Jorge,” Sam adds. “Our biggest challenge has been making people aware of Two Generations Homeshare as a front of mind option, instead of, or alongside, care.” 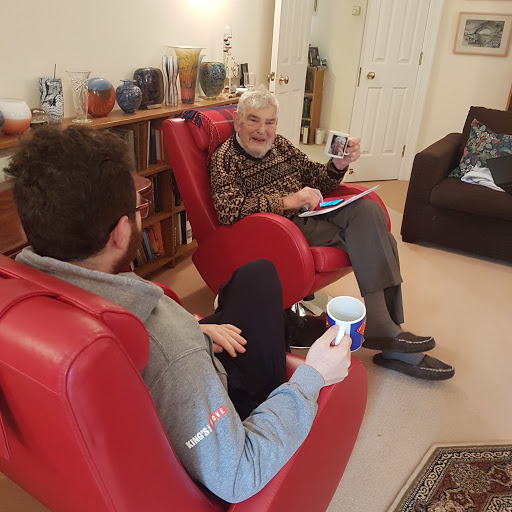 AtlasAction: If you know a lovely person who is over 60 with a spare room who might be seeking some companionship, or if you think you can work in partnership with Two Generations to combat loneliness on a wider scale, get in touch here.

This project was submitted by you for AgeFutures, a new storytelling project that maps the innovations transforming the lives of older people, and the designers, entrepreneurs and community leaders – across all generations – behind them. Atlas of the Future is excited to partner with Independent Age.

The power of feathered friends

Hens + art = this is all heart
Which came first: the chicken or this eggscellent idea? Ok, that was rhetorical. It's the chicken, obviously. Now for a real question:...
See more 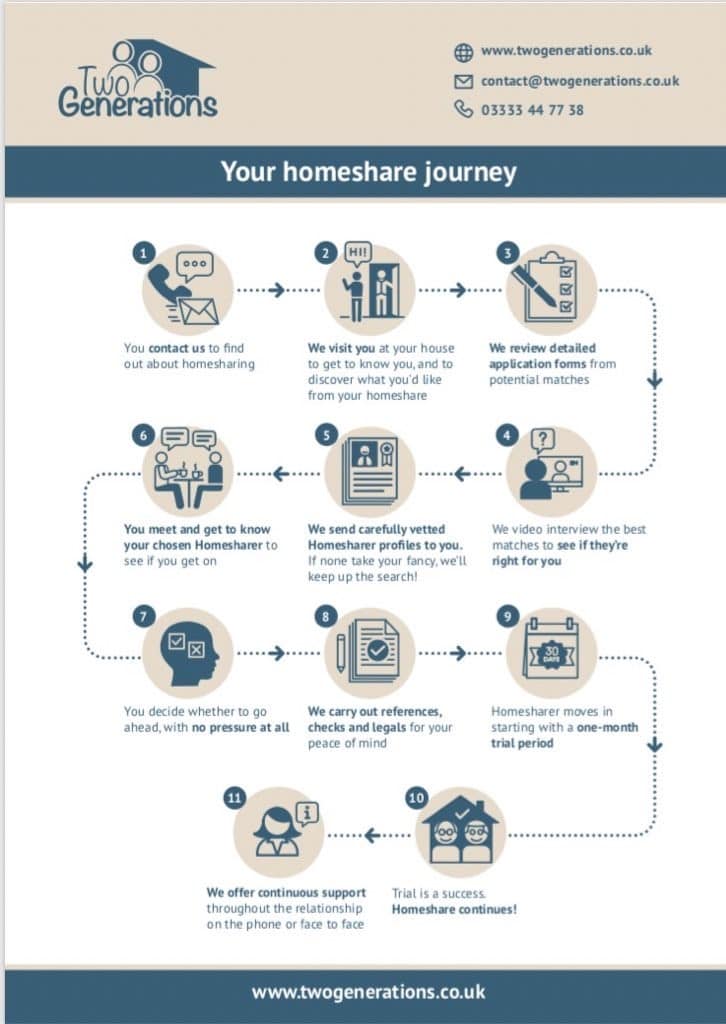 The power of feathered friends

Hens + art = this is all heart
Which came first: the chicken or this eggscellent idea? Ok, that was rhetorical. It's the chicken, obviously. Now for a real question:...
See more