The 2021 IPCC report is 3,949 pages. Too busy to read it? This card game makes climate education fun.

On the climate train to COP26, a small group of activists sat down to play a colourful card game. The rules were simple: join a team, explore and connect the different cards, take ownership of the game. Climate Fresk is a playful idea that uses teamwork and collective creativity to help people understand climate science and come up with possible solutions.

Climate change has been described as a “crisis multiplier” wreaking havoc across our home planet and “the single biggest health threat” to humanity. Yet it’s hard to get a global picture for those of us who aren’t climate experts. And it’s all too easy to feel powerless in the face of complex issues we don’t fully understand.

But the climate emergency affects all aspects of life on Earth and if we want to stand a chance against it, we need a holistic approach and solid understanding of its causes. And we must make teamwork a priority. From heatwaves to human activity, Climate Fresk players have all the elements of the climate crisis on the table — and the cards of Earth’s future in their hands. 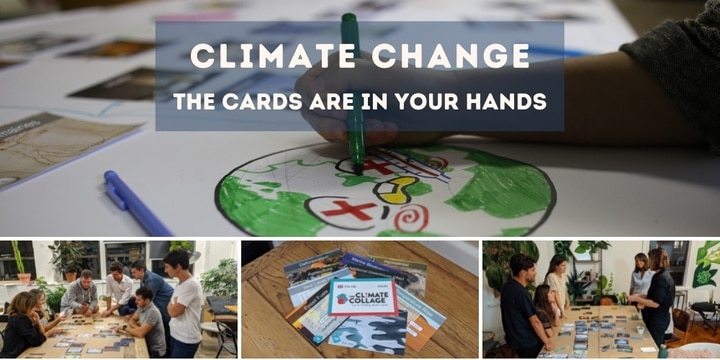 Anyone can play the climate game.

Available both in-person and online, the game (which its creators prefer to describe as a “fun workshop”) takes 3 hours. With the help of a trained facilitator, participants use cards to create the Fresk, a collage representing the complex cause-effect web that is the climate crisis. They then unleash their creativity to illustrate, name and decorate the Fresk.

The game works best with small teams of up to 8 people so that all players can get the chance to share ideas and feelings. And a minimum of 5 players it’s preferable because that’s when “collective intelligence works its magic”, explains The Cl!mate Wiki. Participants who’ve had a great time during the workshop can train to become facilitators and help others play with climate.

“Everyone has something to learn, especially from each other.” — Cédric Ringenbach, founder of Climate Fresk.

“Respect for science” is one of the founding principles of the Climate Fresk Association — the information featured in the 42 cards is based on data from the Working Group 1 IPCC report, and the Junior Fresk game includes the same material in a simplified format for players aged 11-15. That’s one playful crash course in climate science if I’ve ever seen one.

Engineer Cédric Ringenbach is the creator of the game. He’s been working in the climate sector since 2009 and now teaches climate and energy courses at various tertiary institutions in France. When explaining the card Human Activity he says that “climate change is a major challenge,” yet “nothing will happen if the majority of citizens don’t understand its implications.”

Climate education is key to raising awareness, empowering citizens and triggering action, all the better if the process is also fun. That’s why access is at the heart of Climate Fresk. At COP26 in Glasgow, ‘freskers’ (Climate Fresk volunteers) were spreading the joy and inviting conference-goers to make some time for play in the Green Zone. Meanwhile in the Blue Zone, Climate Fresk delegates were advocating for better access to climate education worldwide. 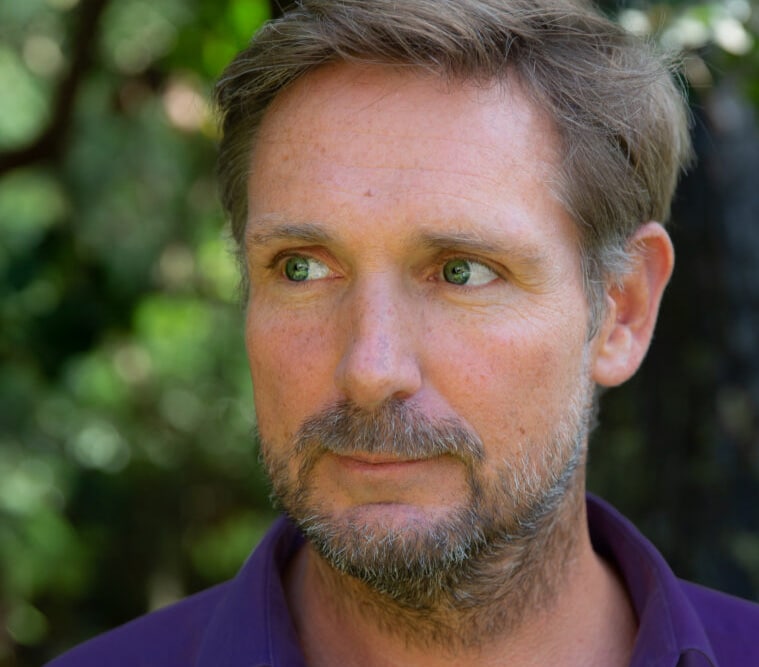 With workshops in 45 countries and the game now available in over 30 languages, Climate Fresk hopes to go global soon: the goal for 2022 is to turn the current 180,000 Climate Fresk enthusiasts into 1 million players worldwide. Climate professional or curious newbie, everyone’s welcome to play the climate game.

AtlasAction: Find a Climate Fresk workshop near you and start playing! Want to help the freskers? Make a donation.

“I ended up taking surfing as my coping skill because every time I am in the water, I take the...
See more
Share this project

“I ended up taking surfing as my coping skill because every time I am in the water, I take the...
See more