A UK publication is on a mission to convey that it’s ok for men to talk about sensitive things and mental health – because it’s not cancer, road accidents, guns or knives that is the biggest single killer of men aged under 45 in the UK. It’s suicide.

“We will all go through tough times in our lives, but men especially feel the need to pretend that everything is OK, and that admitting this to their friends will make them appear weak. I can assure you this is actually a sign of strength.” – Prince Harry.

Men tend not to talk about their issues in the same way as women do. Free quarterly men’s magazine CALMzine aims to normalise conversations about the all-important issues guys face in the 21st Century, breaking down the stigma attached to suicide. The charity behind it, CALM (Campaign Against Living Miserably), is dedicated to helping men ask for and receive support when down or in crisis. If men feel no shame in accessing help, the silence won’t kill them.

The founder of CALM, Jane Powell, started the magazine to bust some of the myths around modern masculinity in 2009, launching it in TOPMAN in 2010. Editor Jojo Furnival wants to stress that it’s not a ‘mental health magazine’. Written “by guys for guys”, it is created by volunteer writers, photographers, artists and illustrators.

Mass media has a vitally important role to play in creating and heightening expectations. CALMzine offers an antidote to the offerings of 1990s’ ‘lad mag’ culture, which perpetuated unhelpful notions of masculinity – to men as well as women – from which some brands today are taking great pains to distance themselves: “As an Editor, it’s so refreshing to work on a publication that doesn’t aim to put a rosy, glossy filter over everything,” Jojo Furnival notes. ”Real life isn’t like that, and it can be a very lonely existence to believe that everyone else’s life is picture perfect when yours isn’t.”

With a circulation of 20,000 print copies across the country (it’s also available online), ultimately CALM’s mission is suicide prevention through solidarity, humour and community. Many readers become writers, volunteers or fundraisers, spreading the word as Ambassadors. “It’s about creating a movement. The more we can say to guys ‘it’s ok that you feel like that, here’s another guy who feels like that too’, the more we can empower men (and women) to disassociate being ‘strong and silent’ with masculinity.”

Read the Marathon Issue CALMzine which features an exclusive interview with The Duke of Cambridge and Prince Harry.

AtlasAction: Need help? Contact CALM’s web chat service, which is available for anyone who needs support, regardless of gender or age. Join the campaign.

The taste of red gold peace

Food has always had a special place in human history. From the multi-religious traditions of “breaking bread” with friends and...
See more 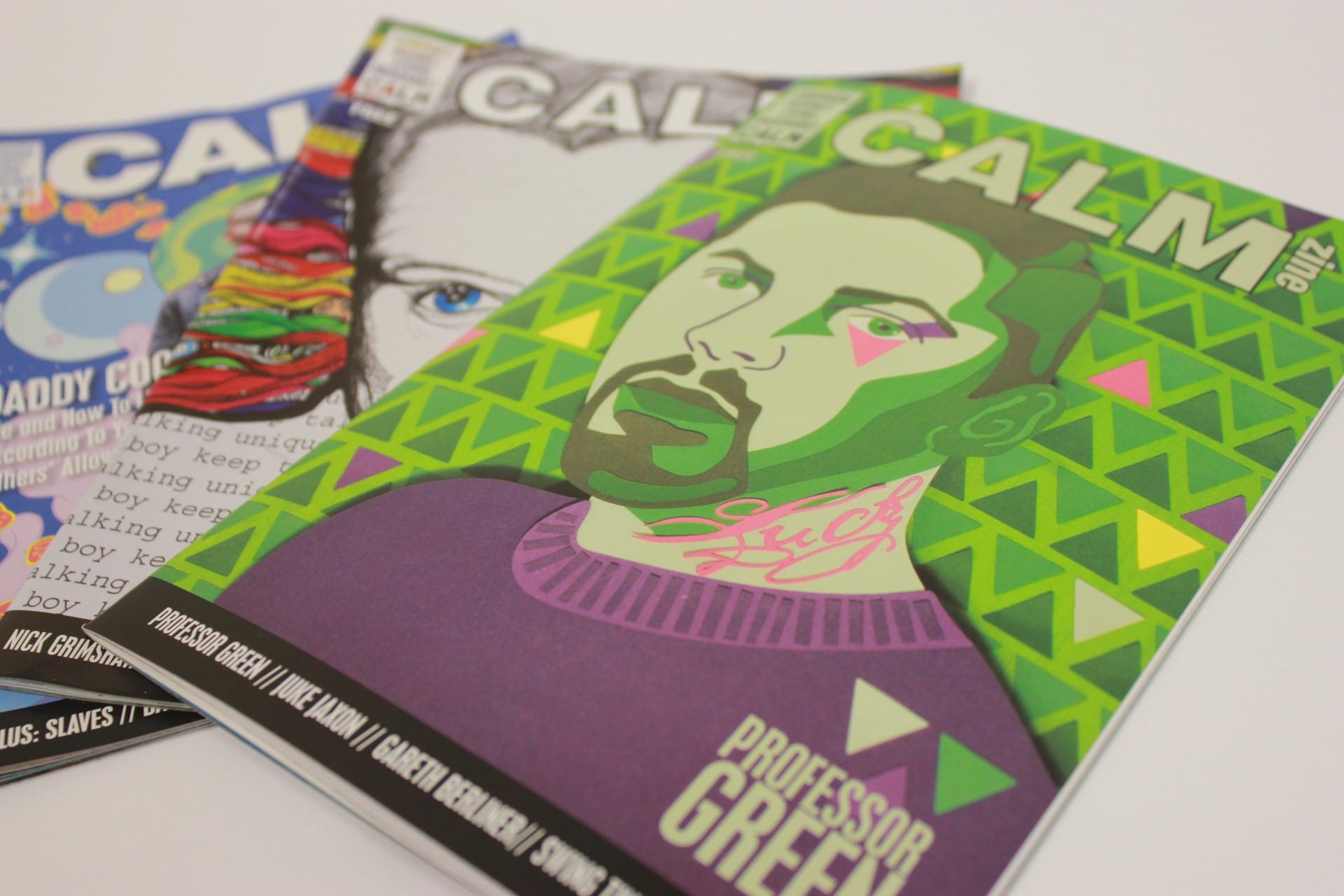 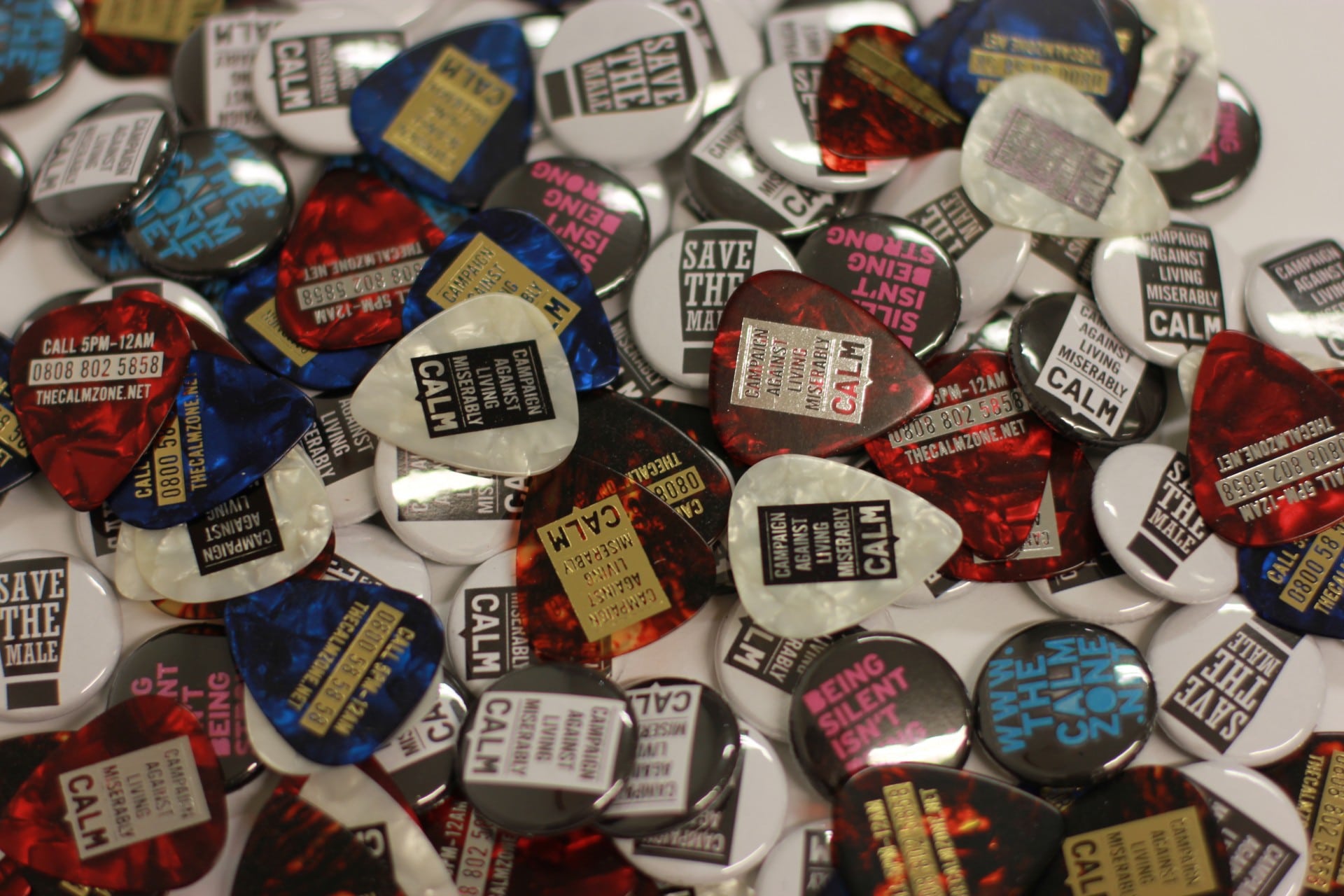 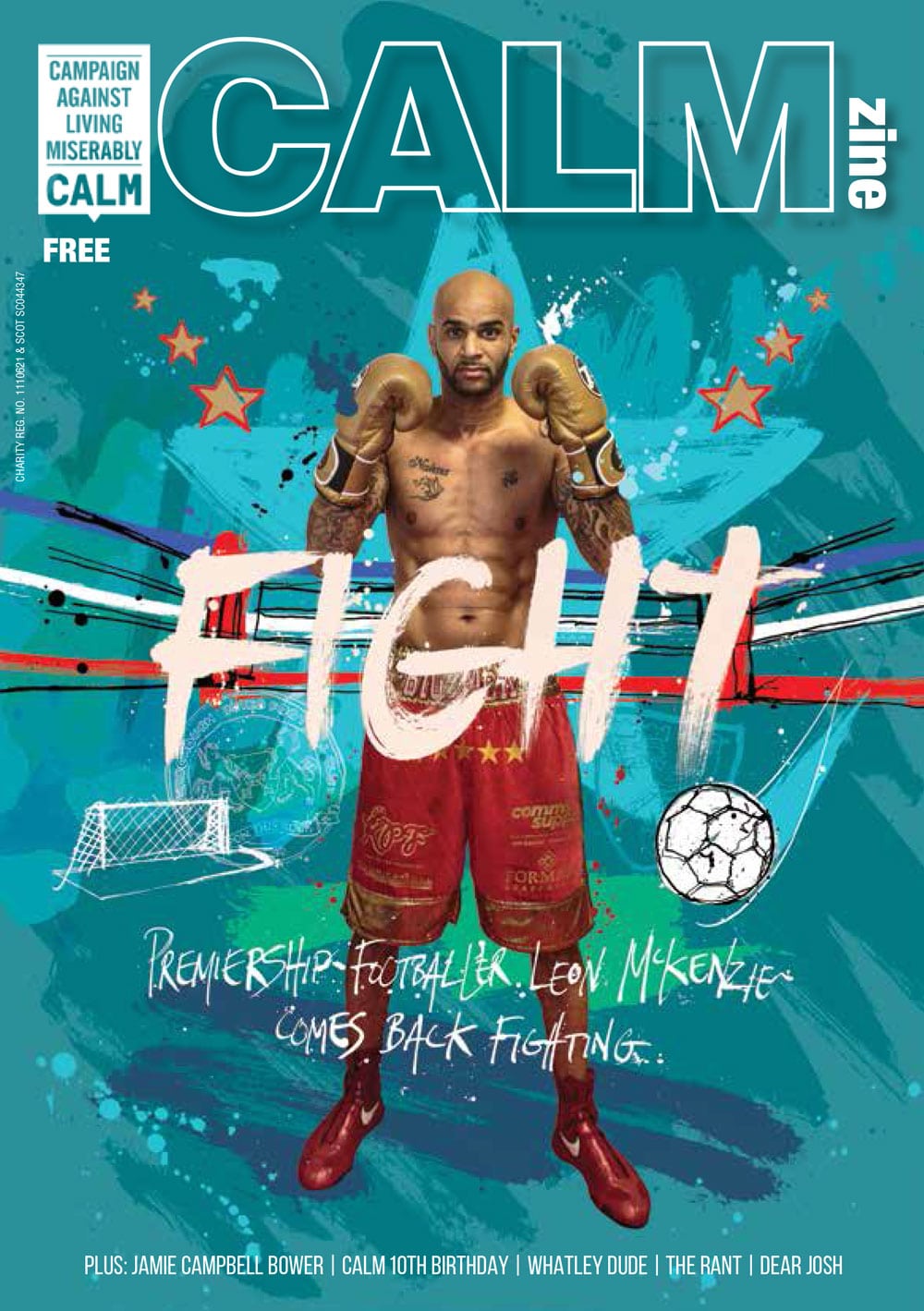 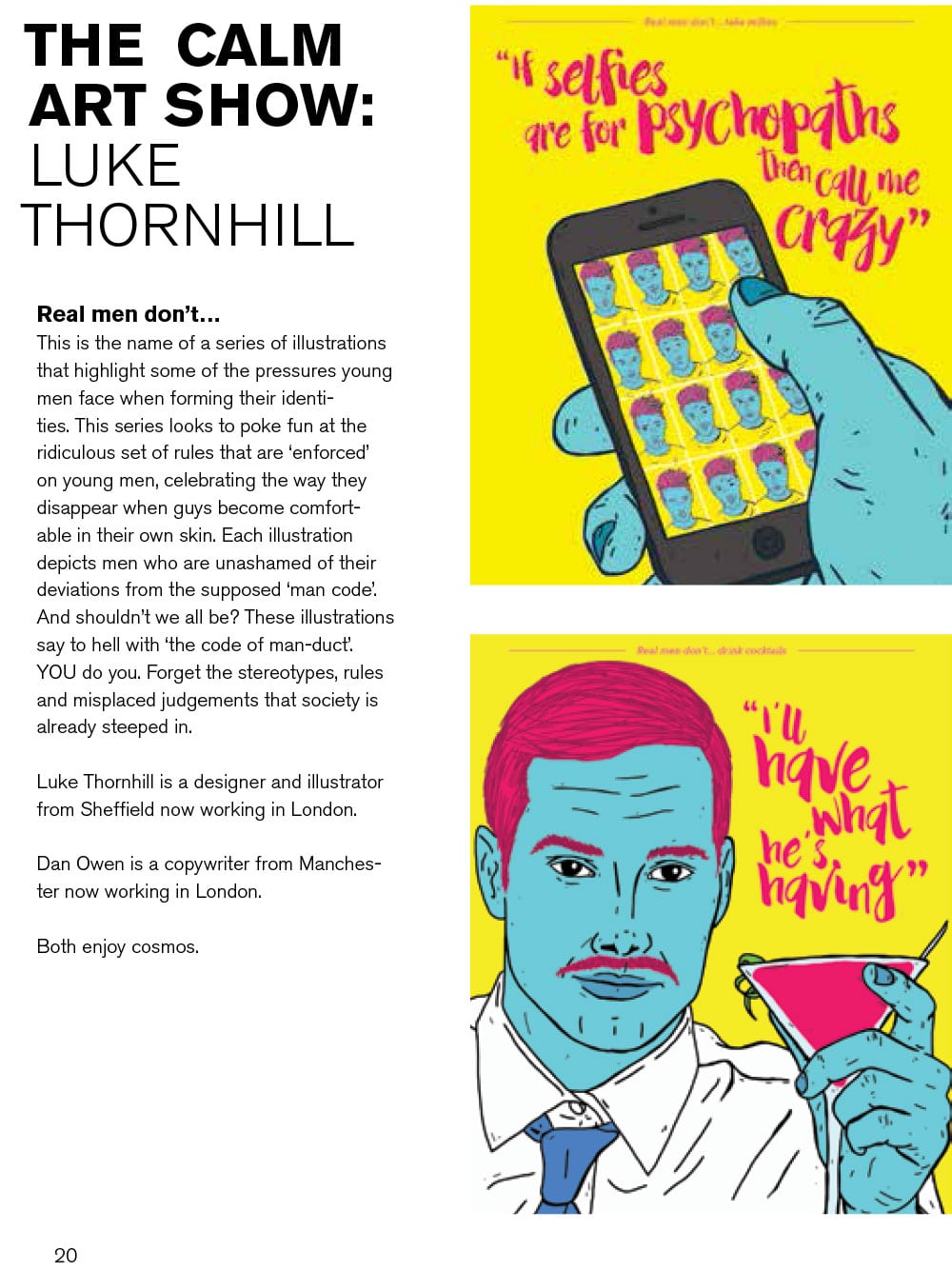 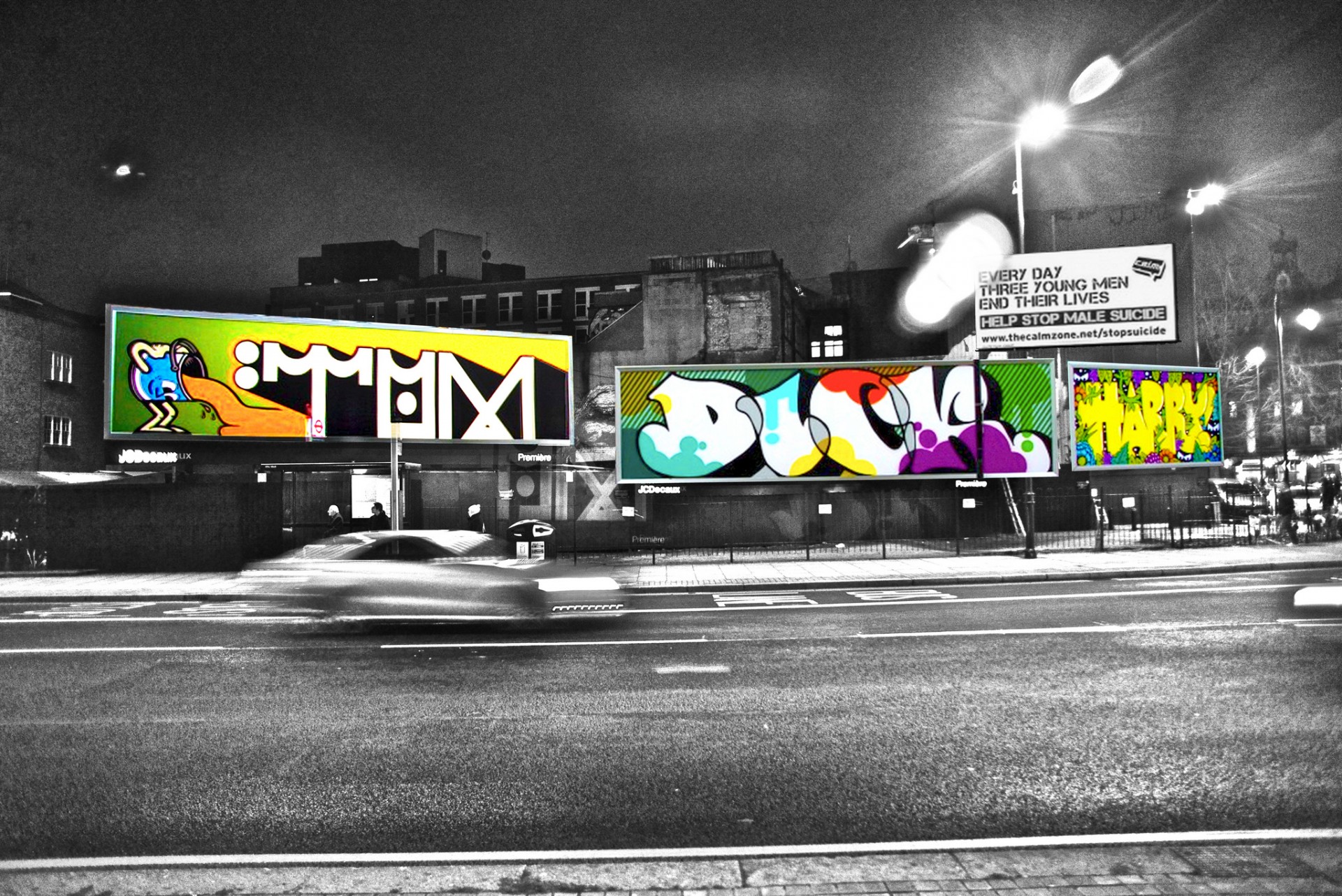 The taste of red gold peace

Food has always had a special place in human history. From the multi-religious traditions of “breaking bread” with friends and...
See more