Sex. It never gets old. Why, then, is the idea of older people having it so hard to think about? 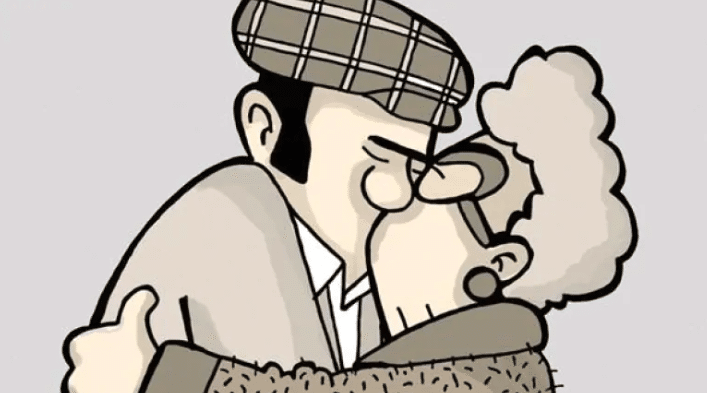 With almost no representation in film, literature or on TV, intimacy among the over 60s is simply not in the public consciousness. The result is that when it comes to conversations about sex, older adults feel shunned and shamed. And the repercussions can be serious: the taboo nature of the topic means too often they avoid talking to medical professionals – or even their own partners – about an intimacy issue, which can lead to relationship problems and feelings of loneliness.

Thankfully, this is where Dr Sharron Hinchliff comes in. Researcher at University of Sheffield and author of Addressing the Sexual Rights of Older People, she has dedicated her professional life to changing the narrative around intimate relationships in later life. She also set up Age, Sex & You, the UK’s only website that aims to support healthy sexual ageing. Not to mention her #sexrightsage campaign encouraging people around the world to join in the conversation.

Last year, as part of Age of Love, Dr Sharron put together two exhibitions’ in collaboration with well-known Sheffield artist Pete McKee (who has collaborated with big names such as Noel Gallagher, Disney, ACME Studios, The Human League and Arctic Monkeys, among others) – pictured below together. 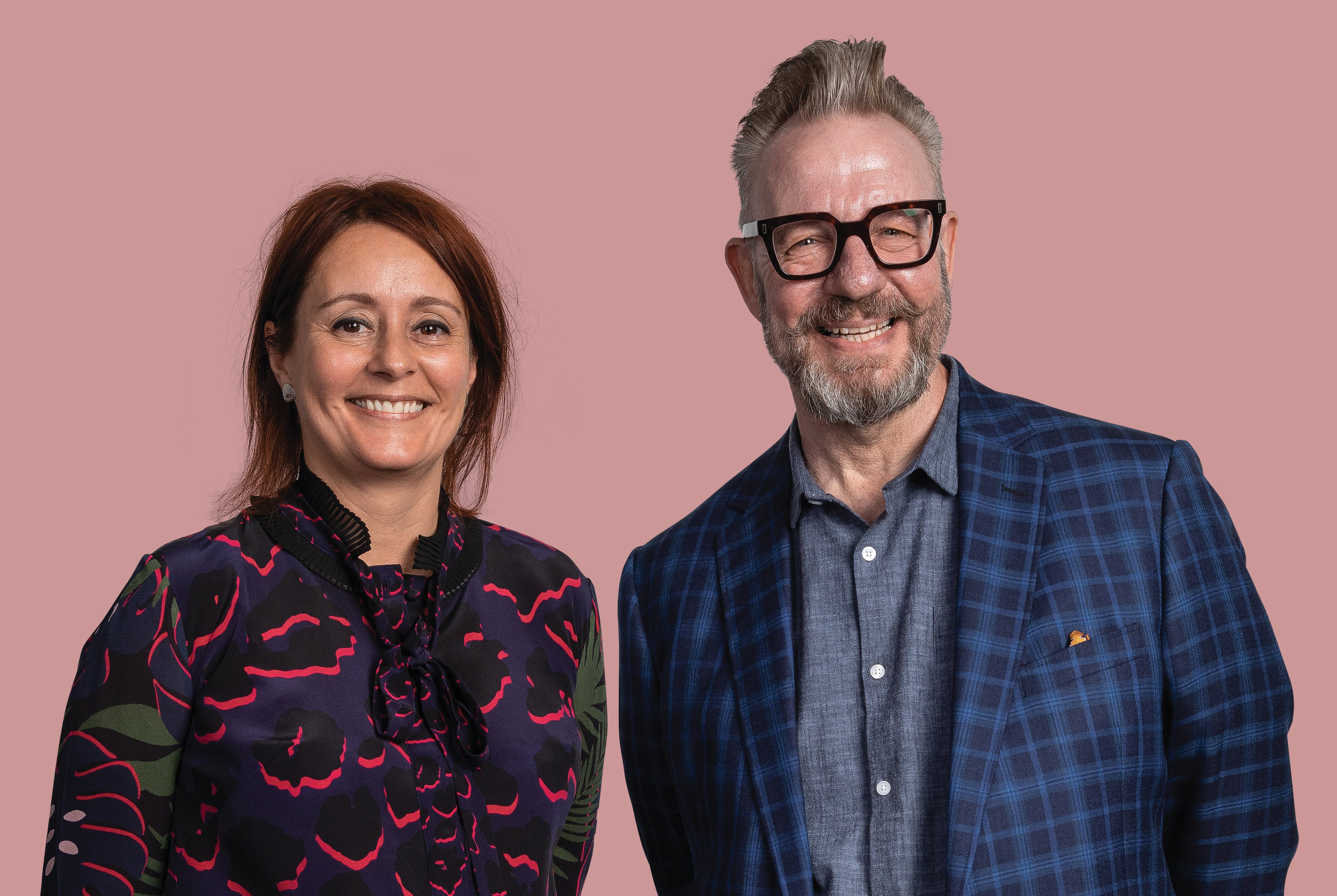 Part of the University of Sheffield’s Festival of the Mind, the September Age of Love exhibition was a collection of images that told the story of a sexually active older couple to illustrate the prejudice and discrimination that this age group sometimes experience around sex and intimacy. The fact that it’s funny helps facilitate difficult conversations around sex. “Some people laugh, some cry, but they really engage with it and identify with the story,” explains Dr Sharron. 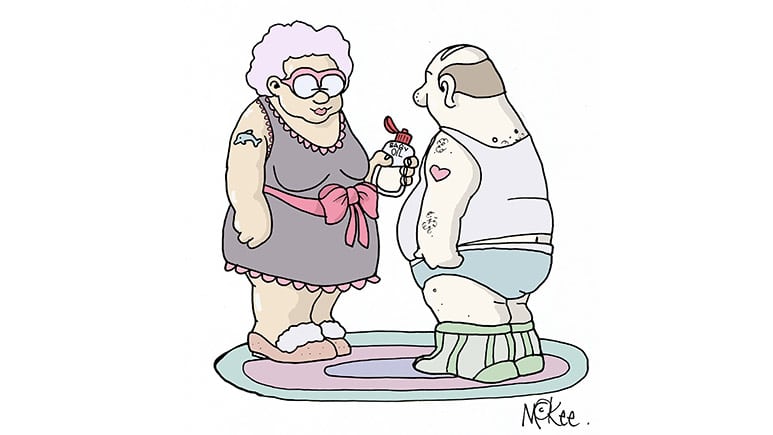 New to 2020’s festival programme is a play which celebrates sexuality in later years, again using humour to reduce embarrassment around the topic. This June will also see an Age of Love Cafe, a discussion group led by participants where older adults can come and talk about relationships and intimacy in a supportive, non-judgemental environment. The main thing is to challenge the stigma, explains Dr Sharron, “rather than force people to divulge private details about their lives if they don’t want to. And not feeling any sexual desire is fine too,” she adds. “Sex can play a part in ageing well – but we’re not going to die if we don’t have sex!”

Though like many sex-related topics, it’s complicated. For example, in cases of dementia, how do you tackle issues of consent? Or what happens when a care home resident starts a new relationship but has a partner at home – how do family members and carers deal with these situations? Dr Sharron is currently working on a project to help people talk about this specific area, while the Social Care Commission has recently brought out new guidelines to help support the conversation among care-givers.

The main problem always boils down to the fact that many just don’t recognise that it’s an issue, even those working with elderly people (hence the new guidelines). “They might not even realise that older adults are sexually active, they might not have heard about it – or they only hear the more negative discourses around getting older, needing care, losing interest in sex, etc. So a large part of our work is about challenging that sort of negative, ageist language,” Dr Sharron tells us.

And of course, for older women, there’s a double stigma: they get tarred with the sexist brush too. “There’s a societal assumption that men continue to be sexually active for as long as they live, because they can carry on reproducing. But our research shows that it’s women who maintain their sexual desire and activity more often,” she explains. 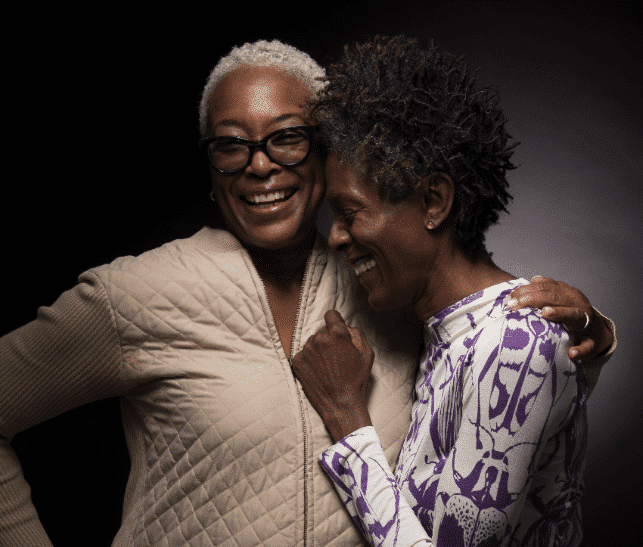 In all her projects, Dr Sharron’s ultimate goal is to smash stereotypes by keeping the conversation alive, allowing the notion of sex among older adults to become a normal part of life. So should we expect contestants over 60 on Love Island any time soon? Who knows, but one thing’s for sure: Dr Sharron’s activism is bringing more ‘va va voom’ to a narrative that was, until now, more doom and gloom. 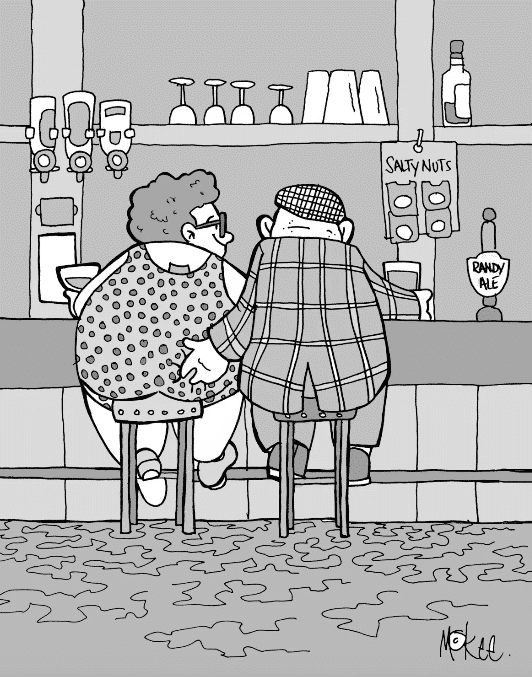 AtlasAction: Share the love: support healthy sexual ageing by telling your older family and friends about Age, Sex & You.

Now your baby can look like an eco-friendly sumo wrestler, but, more importantly, provide an alternative to disposable diapers. 17...
See more 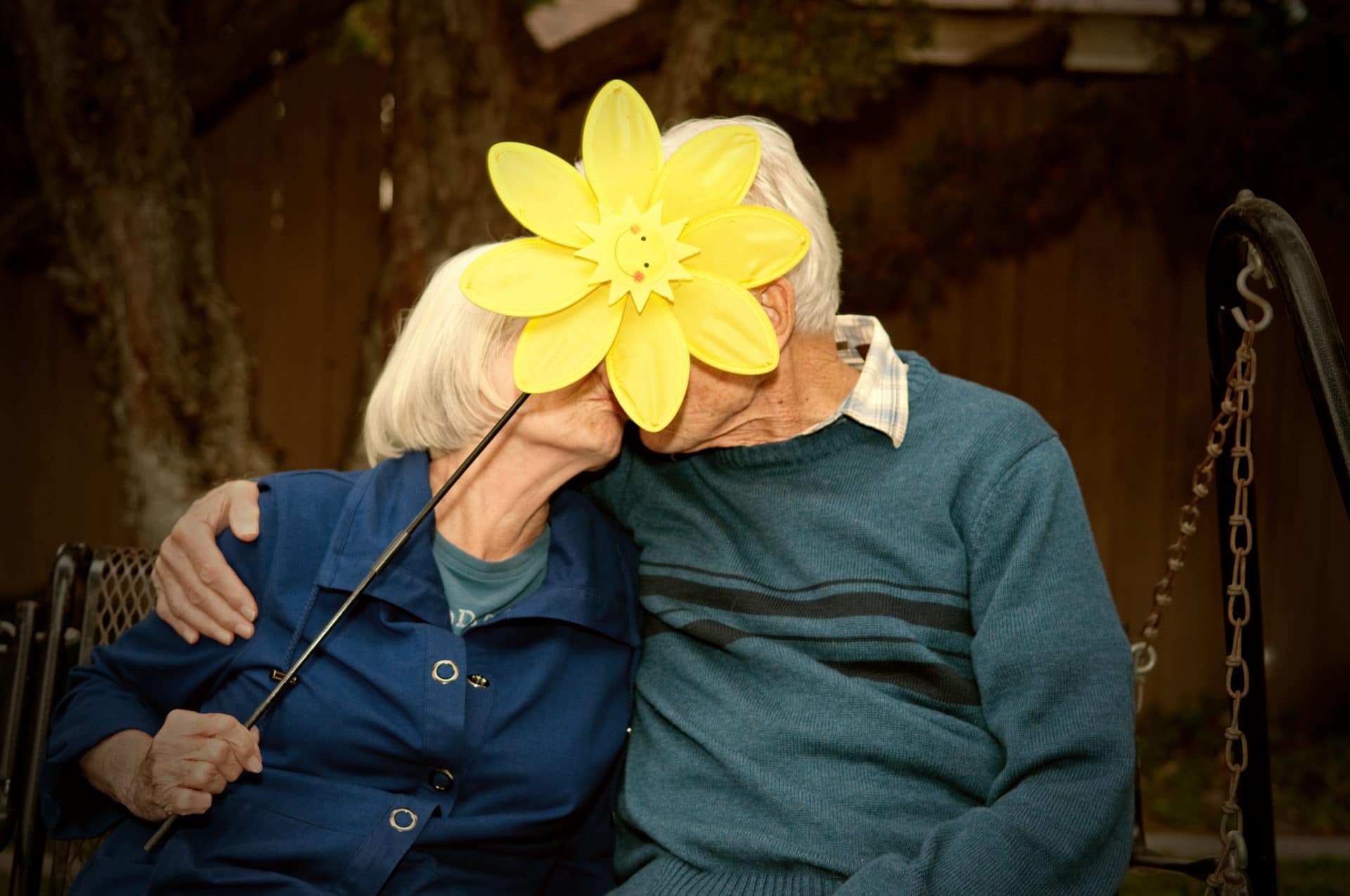 The couple in this photo have been married for 64 years. 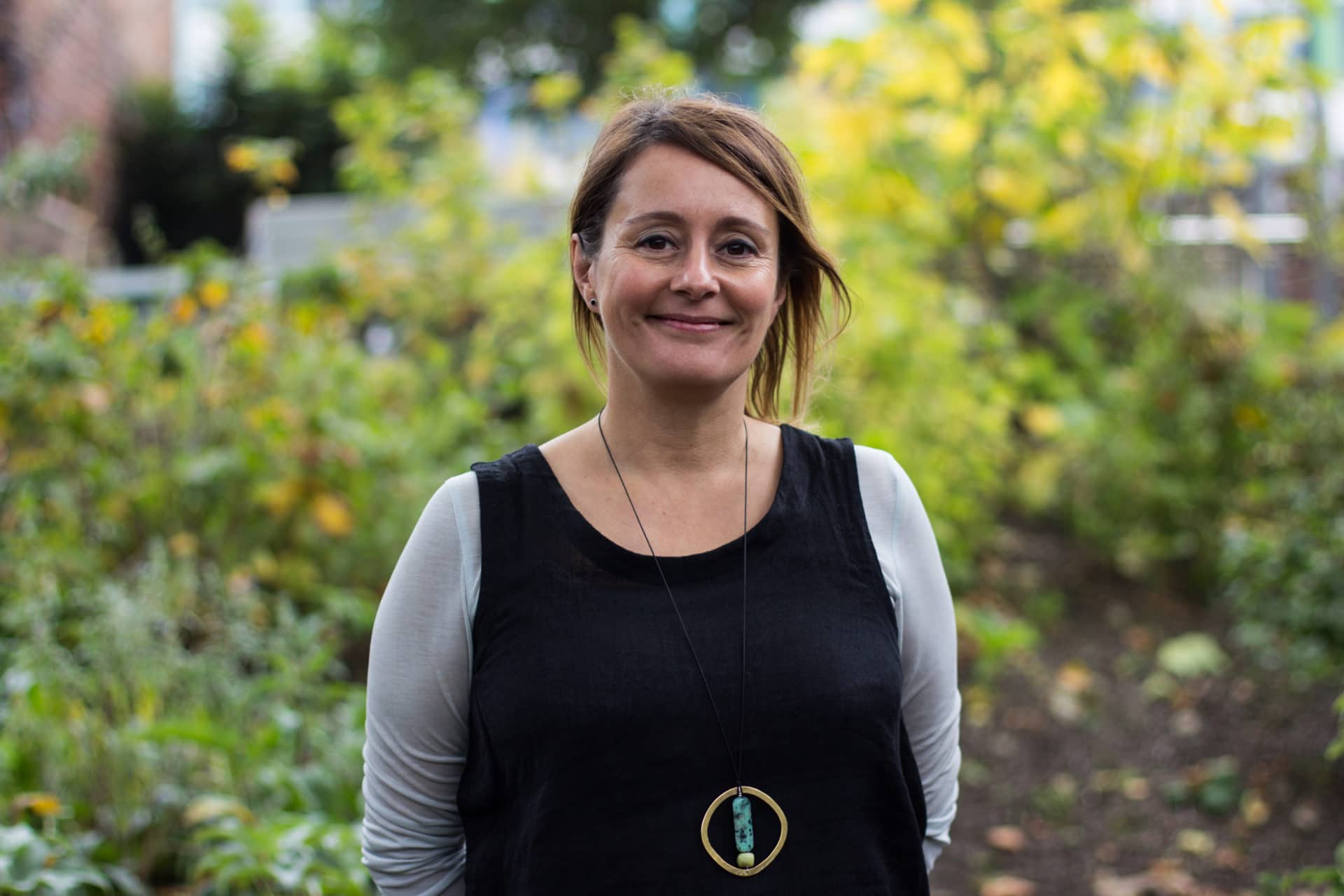 Now your baby can look like an eco-friendly sumo wrestler, but, more importantly, provide an alternative to disposable diapers. 17...
See more