Big in Japan: the global goals can seem too big to make a difference. That’s where the 2030 SDGs Game comes in – and shock-horror, it’s analog.

Word has it that Winston Churchill enjoyed playing card games like Gin Rummy and Mah Jong with his family before dinner and many of the world’s presidents played poker with their advisors. That’s because card games existed way before the digital age of smartphones and gaming. The origin of analog games goes way, way back to the the 9th century China.

Big in Japan, today one card game is taking over events in corporate, governmental, educational and community settings – to bridge the game world and the real one in a socially conscious way. No batteries required.

It’s based on the SDGs – the 2030 Sustainable Development Goals that provide a framework for developing a fair, prosperous and environmentally sustainable world. Agreed by every UN nation in September 2015, there are 17 goals and 169 specific targets to be achieved by the year 2030.

Sometimes global goals like these can seem too big to enable a single person, organisation, or community to make a difference. That’s where the 2030 SDGs Game comes in.

The multiplayer, in-person, card-based game lets a group steer the world from now to 2030, making the choices that determine our shared future. Designed in Japan in 2016 and developed under the umbrella of Japanese NGO Imacocollabo, the 2030 SDGs Game has become a popular, powerful and impactful social phenomenon there – played by more than 15,000 people per year – thanks to its empowering and transformational approach. 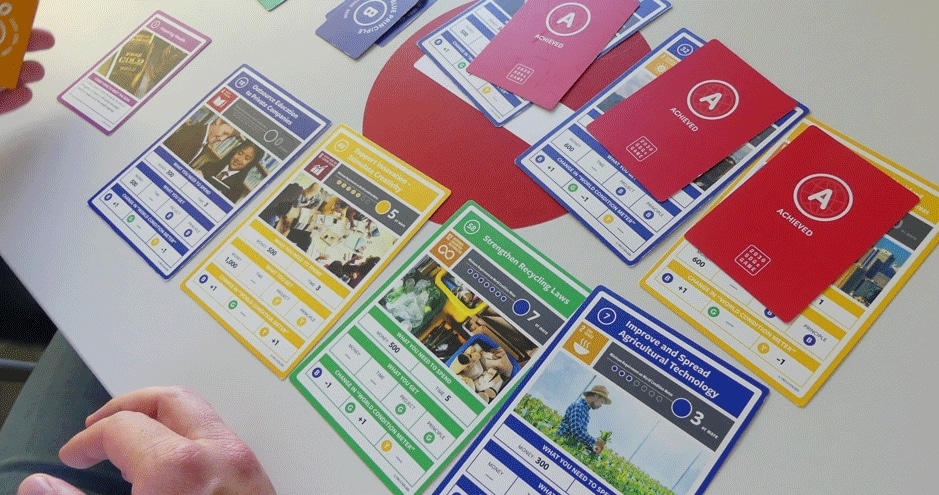 “The 2030 SDGs Game takes you on an experiential journey to discover how the world can achieve these 17 powerful goals between now and 2030.”

As well as learning about the SDGs, it teaches about a sustainable society, environmental and social issues, gender equality, refugees, future communities, creating a vision, team building and leadership development. 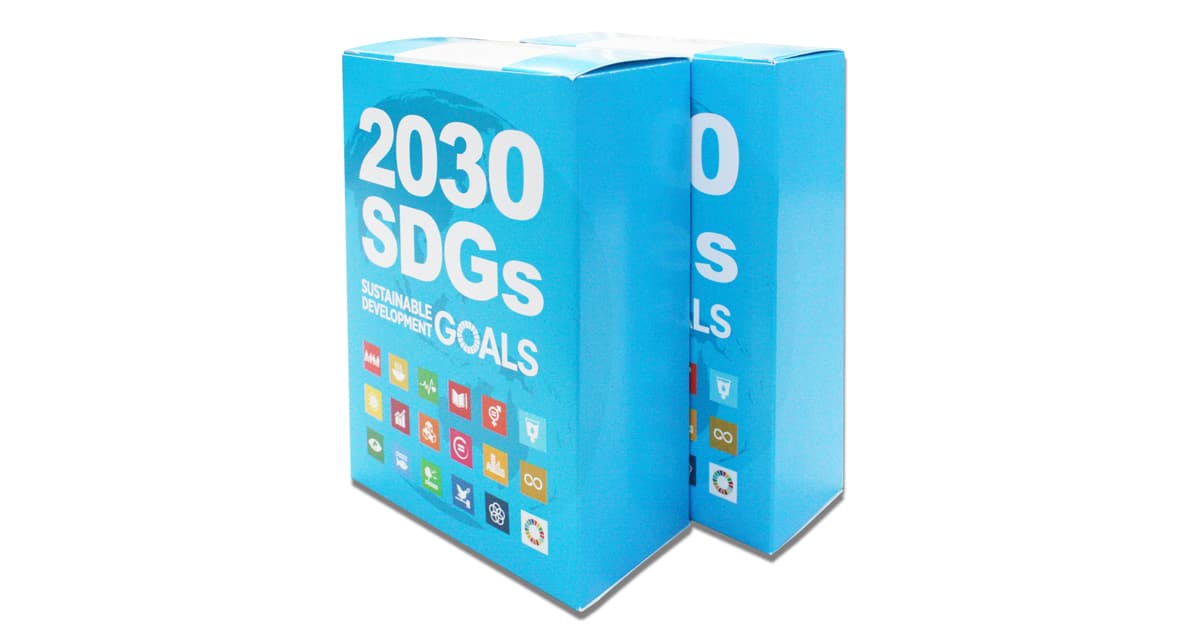 Designed to be played with anywhere from 5 to 200 players, with multiple parallel ‘worlds’, the rules are simple. Players use time and money to achieve a goal in real-world project – and finish the game seeing the connection between small choices and large outcomes, and knowing that they can make a difference.

Due to a growing demand to bring the game to the rest of the world, an English edition is being introduced to wider audience overseas. 2030 SDGs Game events have now been were held in the United Kingdom, the United States, China, Thailand, Australia and others.”

The team are currently exploring how they can support this game experience to be offered everywhere it is needed. “Considering the nature of the topic of the SDGs themselves, we are exploring the possibility of donating everything we have now, including the copyright, to an organisation or people who are the best fit for developing and spreading the game to the world. Or, for example, establishing a global NGO and entrusting the game to that organisation. Concrete movement toward that vision has already begun; it is my hope to co-create this path with like-minded people from all over the world.”

AtlasAction: Do you want to host the game? Are you wondering about how the game can help your business? Get in touch with the 2030 SDGs Game here.

2030 SDGs Game was mapped by Louise Ash in her AtlasChart: 15 rebels with a cause.

A revolutionary supermarket is proving that Brighton really does rock, by making it easier to be a good consumer. Rather...
See more
Ireland (Cork)
Ireland (Cork)

There’s a growing unease about the use of behavioural advertising: technologies that track and learn about our online behaviour in...
See more 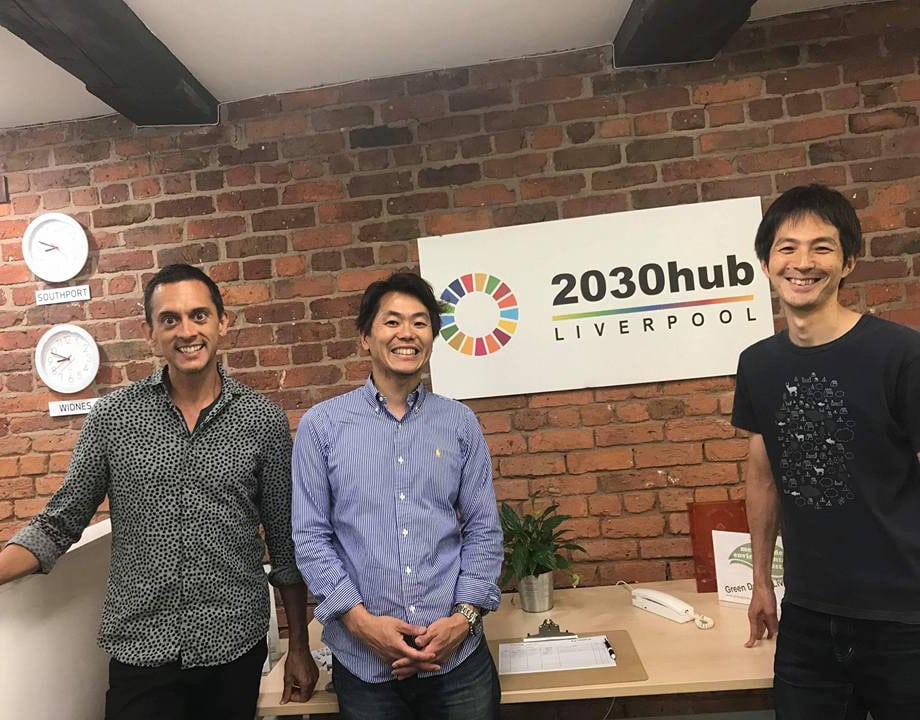 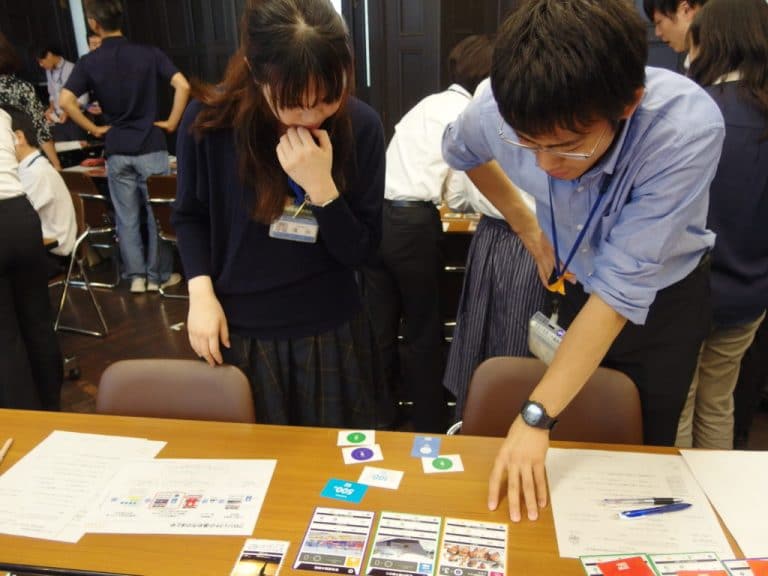 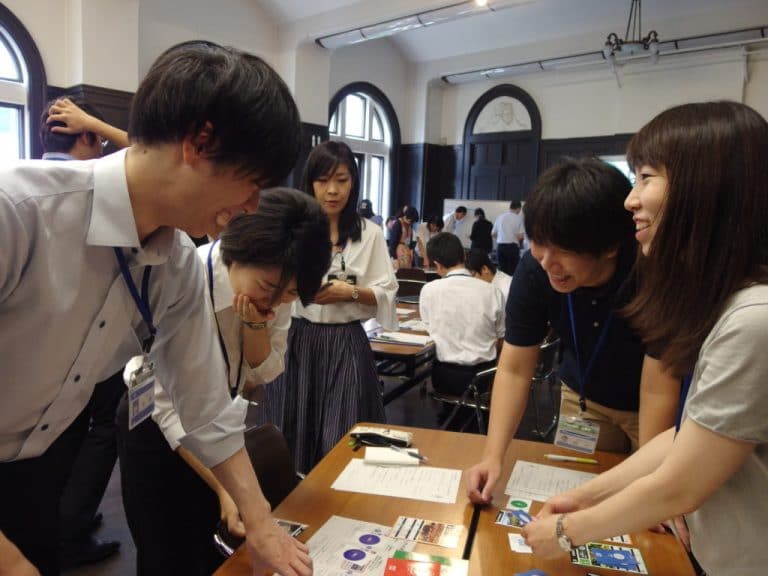 A revolutionary supermarket is proving that Brighton really does rock, by making it easier to be a good consumer. Rather...
See more
Ireland (Cork)
Ireland (Cork)

There’s a growing unease about the use of behavioural advertising: technologies that track and learn about our online behaviour in...
See more