An anonymous pirate radio DJ is sharing positive ideas, encouraging young East Africans to take action to improve their lives – and it’s working. Operated by 19-year-old DJ Boyie (known as DJ B) out of his bedroom in the Nairobi outskirts, Shujaaz.FM is so stealthy an operation that not even his own mother knows what he’s up to. But, since taking to the air in 2010, his daily show has evolved into a virtuous circle engaging East African youth.

In this video, DJ B says: “My show is a daily callout to young people to step it up, to take action, to improve their lives and share good ideas that can make everything better for everyone.” But it’s not just about sharing: DJ B takes the success stories he hears about via SMS or Facebook, then circles back with them on air, hacking into 23 stations such as Radio Maisha in Kenya and East Africa Radio in Tanzania. So how does the big-haired guru stay on top of this project while capturing young people’s attention?

He has the backing of Nairobi-headquartered Well Told Story, a media research and production hybrid organisation – that’s to say, a private-sector company with public sector values, ambitions and integrity that aims to contribute directly to social and economic growth in Kenya and across East Africa – founded by Rob Burnet in response to the aftermath of Kenya’s disputed 2007 general election.

The Brit transplant and Well Told Story chief executive, a former art curator hired by the Ford Foundation who moved to Nairobi in 1993, says: “After that election, one half of Kenya’s youth went to war with the other, whipped into a frenzy by politicians. Once this terrible civil war ended, young people were back where they were started, wondering about their future.

“At Well Told Story, we realised a huge population was being badly served, kids out of high school with big hopes for the future who didn’t know how to realise them. Kenyan media is private sector and driven by advertising so if you’re a poor African youth, you’re not of interest to advertisers. Shujaaz was our effort to close that loop. Could we create a channel for young people who aren’t in school and share good ideas that are proven to work? That’s where DJ B came in: he didn’t get into college but secretly built a pirate radio station. Well Told Story’s team (average age 27 and comes from all sides of the tracks) supports DJ B to fulfil his mission helping young people to achieve their ambitions and value.”

Fortifying the on-air message is Shujaaz the comic, distributed free every month in Kenya and, from 2015, Tanzania. Add in ‘JongoLove’, a feature-length movie shot on a mobile, key social media bases covered as well as events, and Shujaaz is an award-winning multimedia platform that’s picked up two international Emmys and two One World Media Awards.  Rob says: “The comic book depicts DJ B’s adventures and those of his biggest fans: a boy from a rural village, a girl from the urban slum; they all have families, romance, school, disaster, adventure.

“Readers, listeners and viewers come together on Facebook, via text or the YouTube world, their stories collected and curated by DJ B then shared, interacting with him or other characters on the page or on air. Last year he received 2.5 million texts! DJ B tells ordinary success stories of ordinary Kenyans, validating what it is to be a young East African, helping people inspire and raise their expectations of one another. All this means we’re the country’s biggest youth brand, reaching 50 percent of all 15-24 years olds in Kenya.”

Thrown into the mix, pirate radio, social media platforms and Shujaaz – which means ‘Heroes’ in Sheng, a Swahili/English slang – reaches eight million young East Africans on a regular basis. Rob says: “It’s analogue but anyone can get hold of the comic, copies get passed around and traded, plus you don’t need electricity to read it.”

Culture and creativity is definitely key with regard to creating a better future for young East Africans, says Rob, and it starts with their own storylines and reality. He says: “The fuel for identity is storytelling. People need a story and learn through others’, processing where they come from and where they are going through stories. By empowering an individual story and validating people so they count means they can imagine a better tomorrow. People are vulnerable to their story being swallowed up by the western world and when we give our audience the chance to own their culture, that’s the key that unlocks their confidence, optimism and better future lives.”

One story to come full circle is Winnie’s, whose business tripled after using an entrepreneurial board game printed in the comic. Rob says: “Designed to help people think about making business decisions, it showed the comic book characters playing it. Feedback came in from a young woman called Winnie Akoth, thanking DJ B. Aged 21, she had migrated to the city and realised the streets aren’t paved with gold. Her ‘teaspoon’ hustle is selling hard-boiled eggs to construction workers. By playing the game, she realised that if she also prepared kachumbari, a pickle dish made with onions and chili, and offered it as a side salad, her sales could go up: she went from selling 24 eggs a day to 72. We filmed her making kachumbari then told her story in the comic. Asked whether she had time for a boyfriend or to have a family, she replied: ‘I’m bulletproof!’, a locally understood way of saying that she uses birth control. Her comment is the most important message about contraception we’ve ever had, helping people get on and stay on track. There’s been a 17 percent reduction in unwanted pregnancies in our audience as we use terms that they recognise. Last we heard, Winnie’s doing well, had an employee and was using online banking.”

The magic that DJ B weaves in East Africa is compelling, sharing uplifting stories and empowering young people to greater things by simply telling stories well. And, the Shujaaz network is set to grow further, starting with the introduction of the ‘Hustla MBA’ (working title) and hosting events.

Watch ► A hustla video from Shujaaz in Tanzania:

Shujaaz will also host 40 festivals around Kenya in 2018, bringing together 250 local and inspired young people at each event; and, with the advent of more young people getting smartphones (36 percent of 15- to 25-year-old Kenyans have access to one), Shujaaz is working on anticipating the bottom of the pyramid getting internet access.

As DJ B says: “If you’ve worked something out in your life, tell me and I’ll share it.”

Watch ► JongoLove is Shujaaz’s feature-length movie – and it’s shot on a mobile:

Sorrel Moseley-Williams is a freelance journalist and sommelier based in Argentina, found on the pages of Monocle, Wine Enthusiast, Decanter, The Guardian and Condé Nast Traveller among others.

One face forward, another facing back: you’re looking at Jirondai, the legendary shaman with two faces. He gives his name...
See more 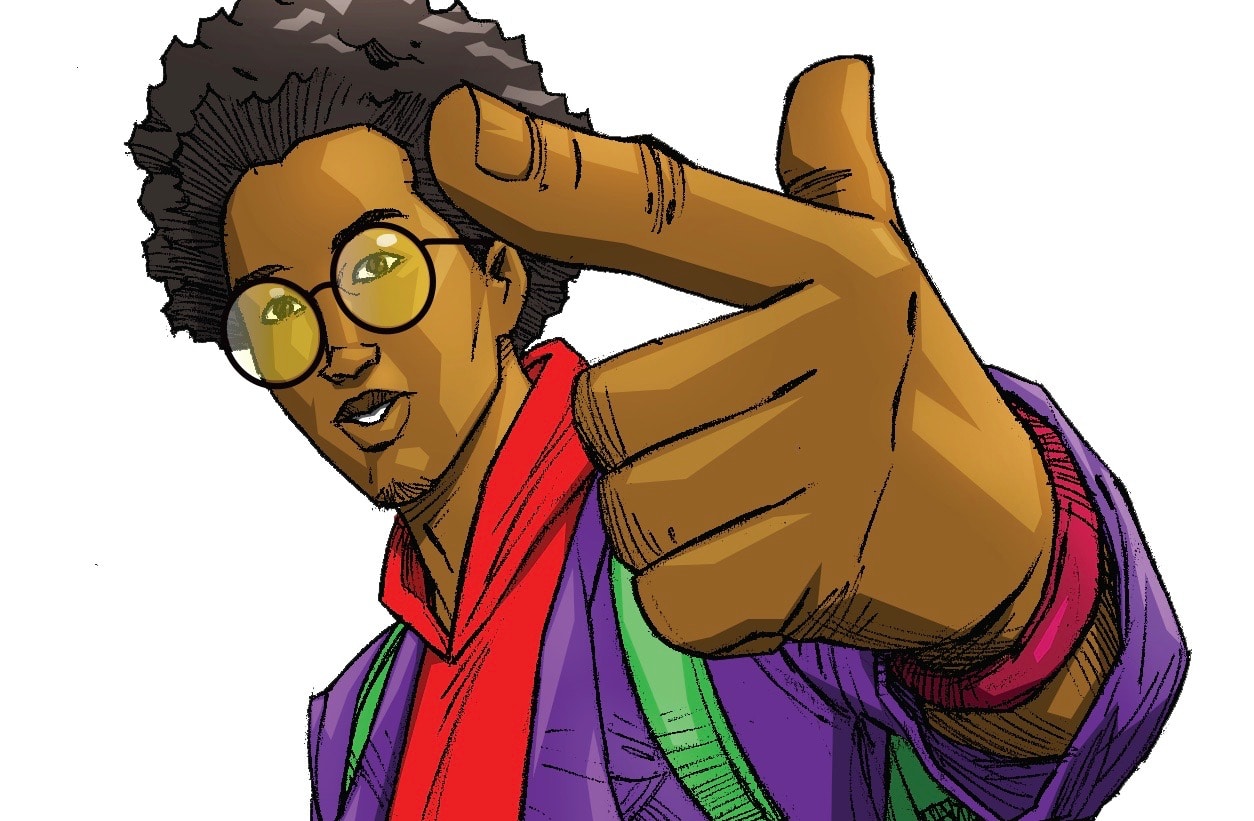 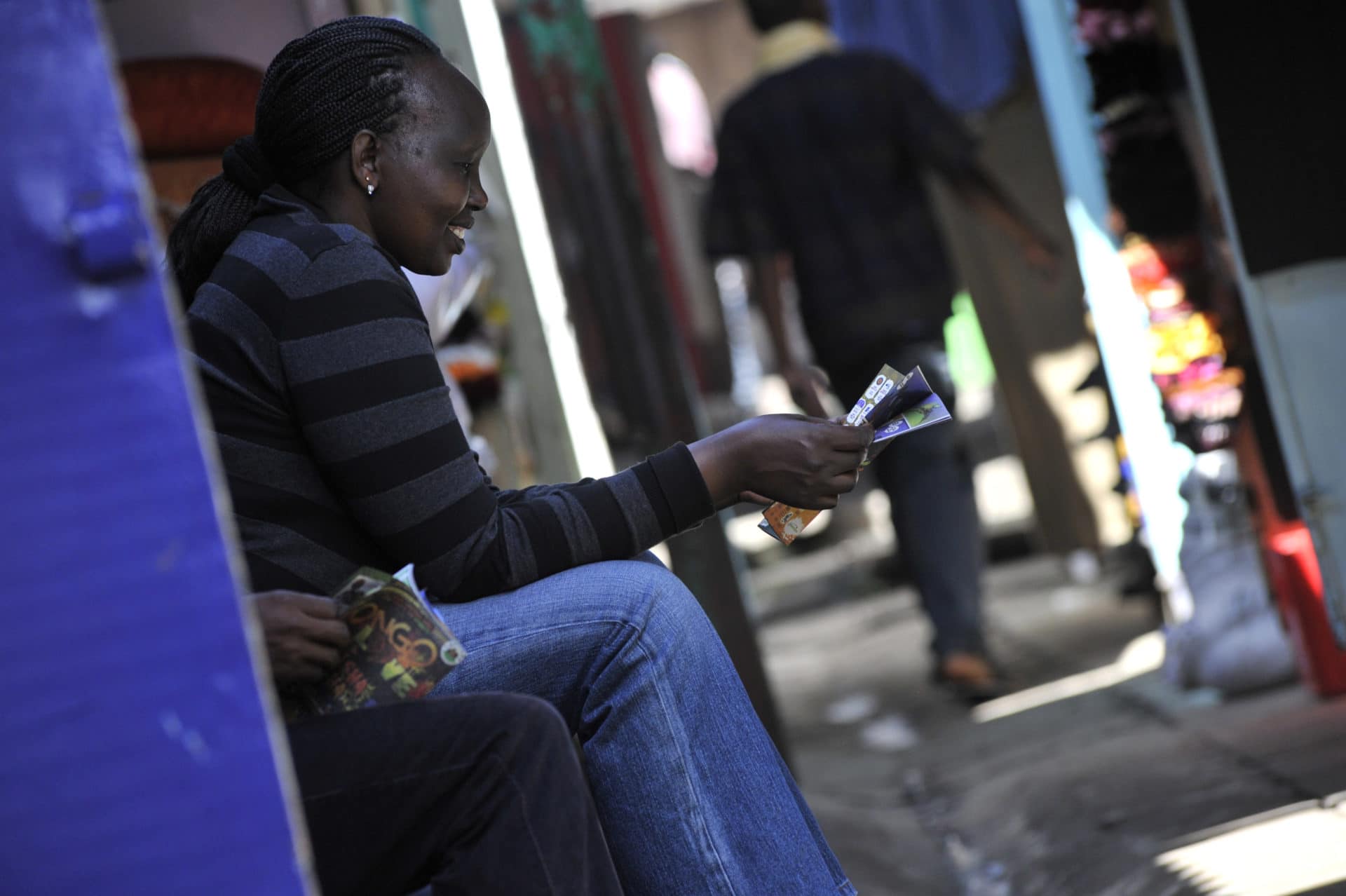 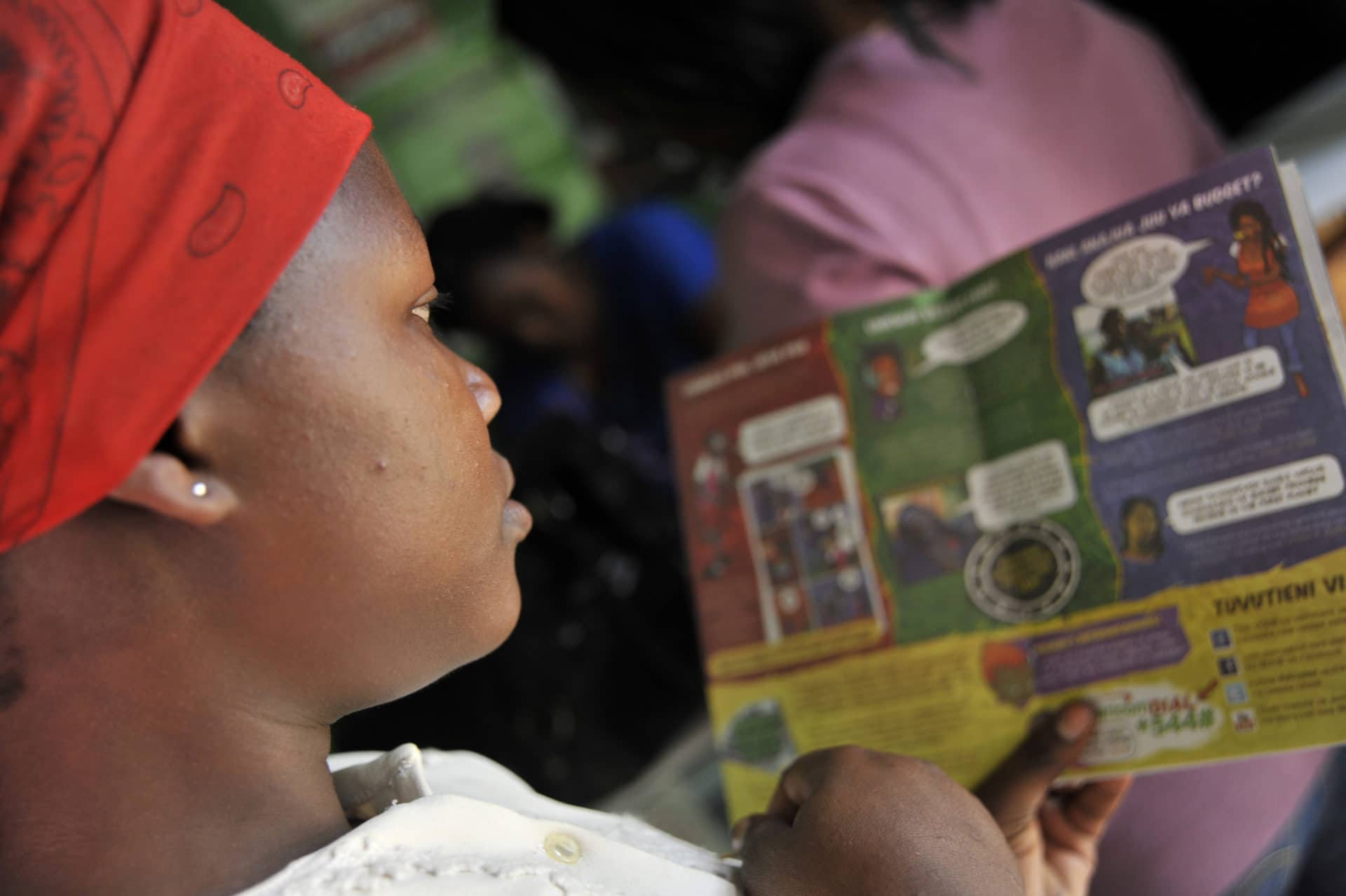 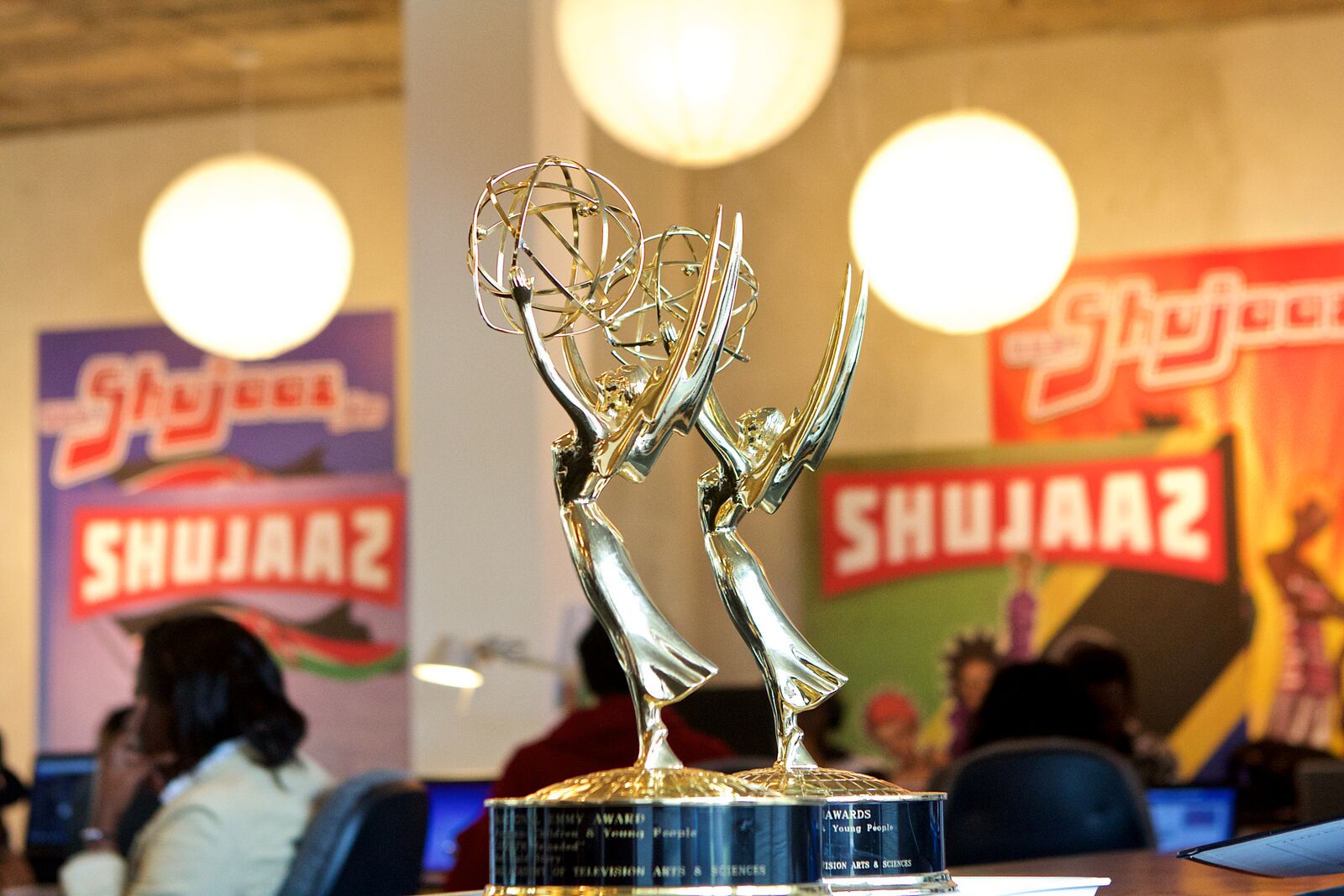 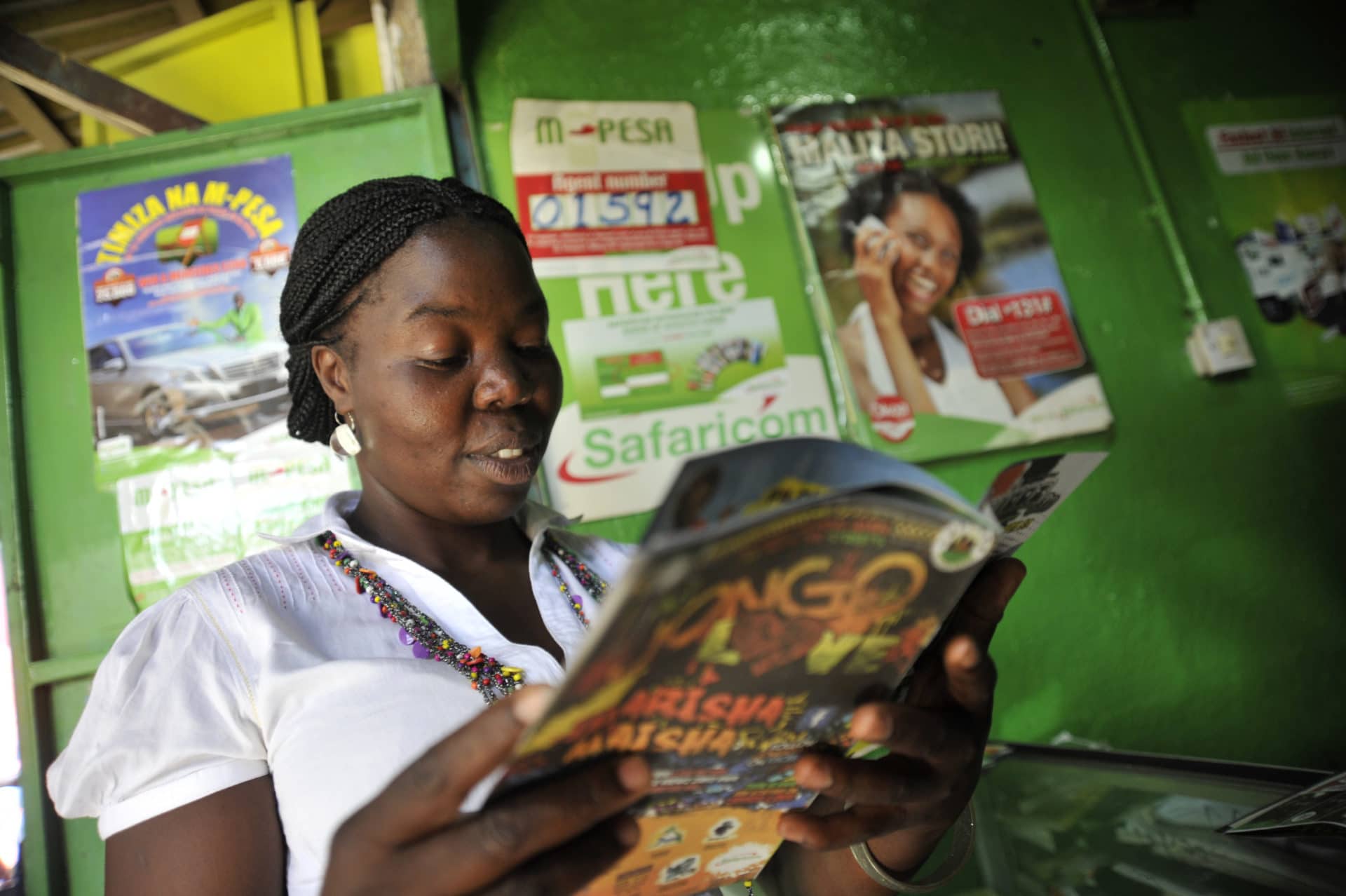 One face forward, another facing back: you’re looking at Jirondai, the legendary shaman with two faces. He gives his name...
See more