Do you like skating and want your personalised skateboard deck? Look no further than Project RPSD. Oh, and did we tell you that it’s made of recycled plastic?

As we know, the world has a plastic problem. Since its invention, over 9 billion tons of new plastic have been produced and in 2015 only 20% of plastic was recycled. As this ever-increasing amount of plastic accumulates we need to come up with more creative, and replicable, solutions. 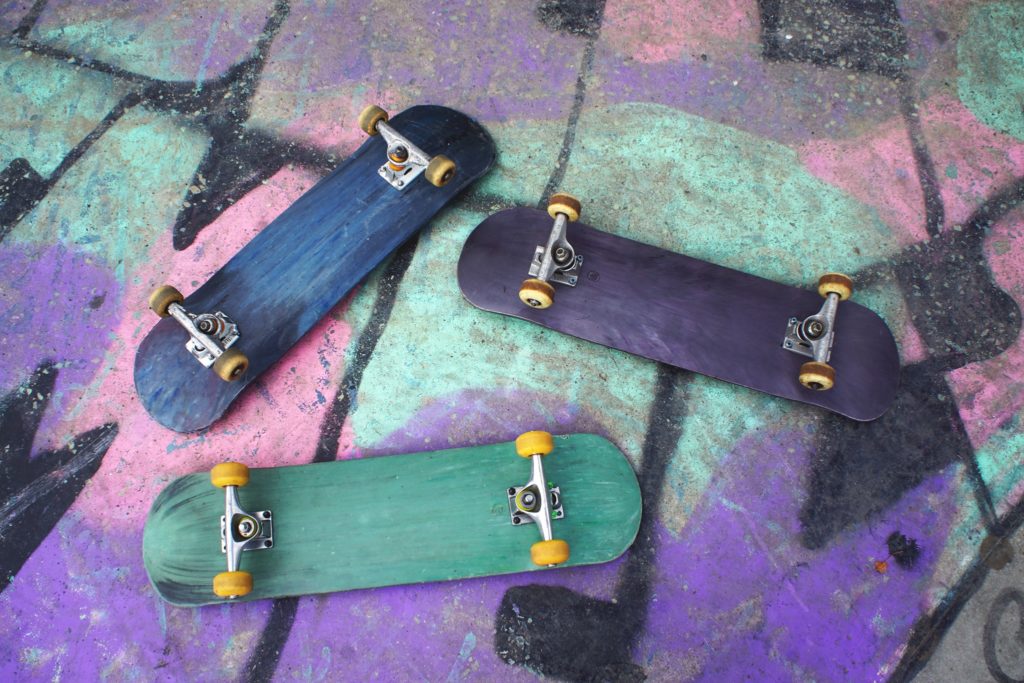 In the skating world, skateboard decks are traditionally made from Canadian Maple Plywood, the logging of which leads to deforestation. Additionally, many decks are made in North America and China and are then distributed all over the world, leading to the common environmental problem that is global transport.

What if these two problems, the overabundance of plastic and the specific environmental challenges of the skating world, could be addressed in one simple design?

This is what Jason Knight, the brainchild of Project RPSD (which stands for Recycled Plastic Skateboard Decks), asked himself. An industrial designer who wants to support the move towards a post-consumerist society, Jason tackled the issue for seven years, refining the process until he developed the perfect mould, the most innovative part of the project. 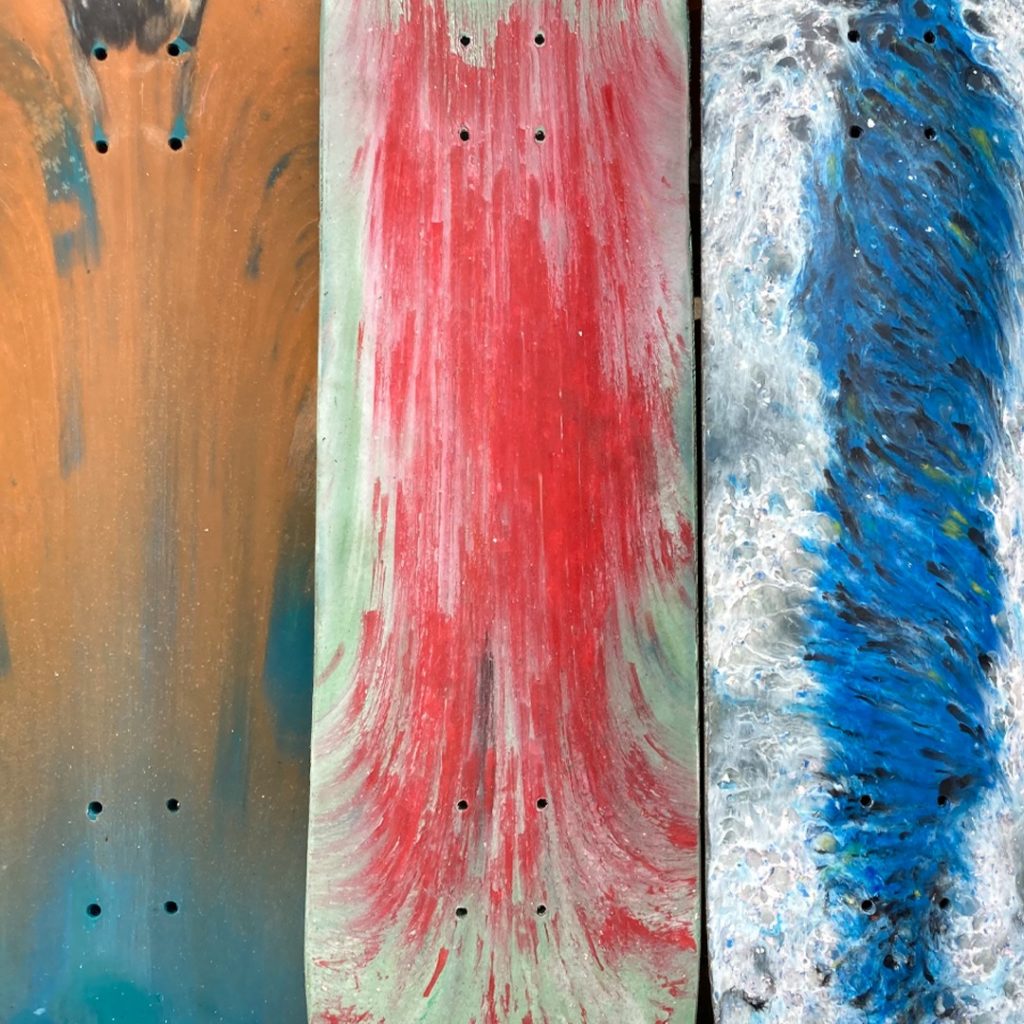 The colourful designs of the RPSD decks.

The mould enables Project RPSD, part of the Mandin collective, to produce the only popsicle skateboard decks in the world to be made from 100% recycled plastic. And even though the decks are really cool to look at, they are also sturdy. In spite of their thin appearance, they can take some rough treatment.

But this is only part of the project—the real impact is in the published open-source research that contains all the information people need to produce skateboard decks, essentially showing the seven-year process to anyone who wants to replicate it in their own workshops. As the project states, “the goal is not to monopolise but facilitate, enable and empower others.” 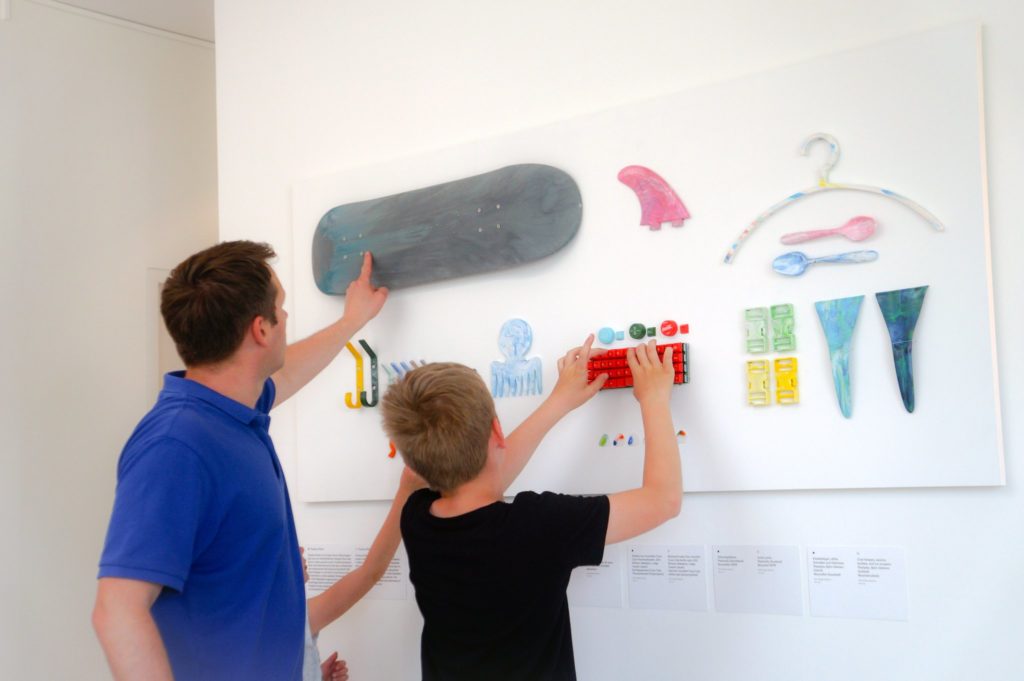 ‘Plastic Remaking our world’ exhibition, with contribution from RPSD.

The peripheral machines needed to make the process work, such as an extrusion machine and plastic shredder, already exist and are being used by many, so adding the skateboard mould is a potentially easy next step. This adaptation of machines already in use in the machine development community, such as Precious Plastic who we profiled here on the Atlas, means that this process taps into a movement already in place that allows skateboards to be produced at a low cost and with a small amount of infrastructure. The manufacturing system uses a combination of a custom-designed and built mould, supported by pre-existing open-source machines.

But they don’t just drop the designs and run, they also provide support in the form of consultancy, hands-on help, and funding, to help people set up their own recycled plastic skateboard deck workspaces. 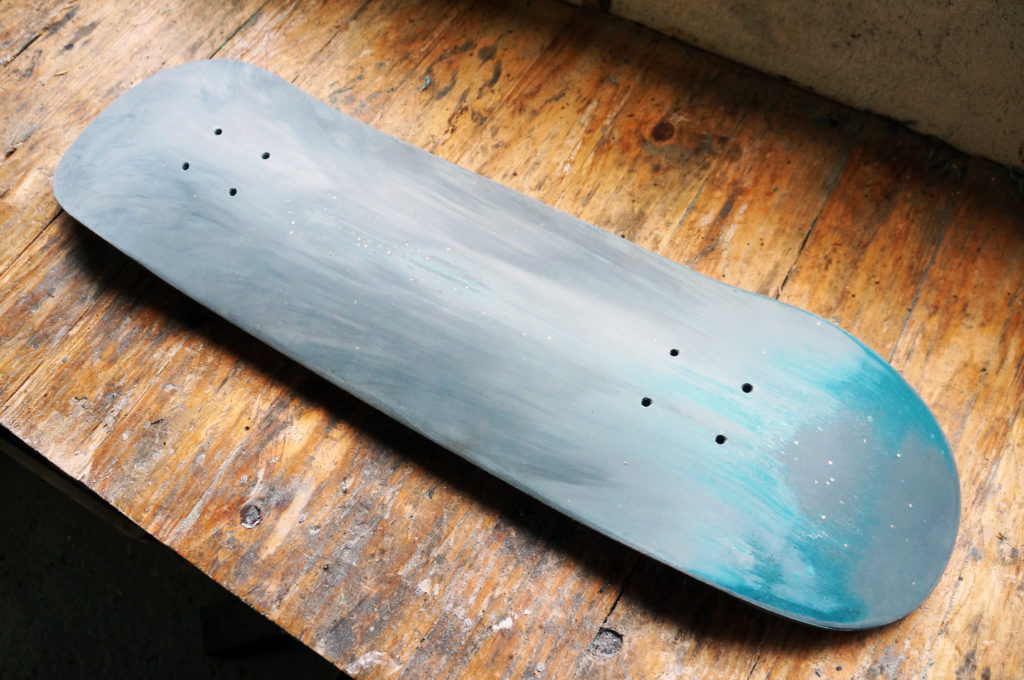 The finished product, a thin but sturdy skateboard.

This simple recycling process—from local plastic to skate deck—can bring home a sometimes abstract recycling system and allow people to close the production-consumption-waste loop in their own communities. Converting the plastic into the simple deck design not a complex process, out of reach of most people, but rather is it a tangible, simple product. This simplicity can potentially boost business and, ideally, bring skating to new audiences.

These values, of reducing plastic waste, democratising access to skateboarding and proving to people what products made from recycled plastic can really do through production of skateboard decks, are the leading motivations behind the project. 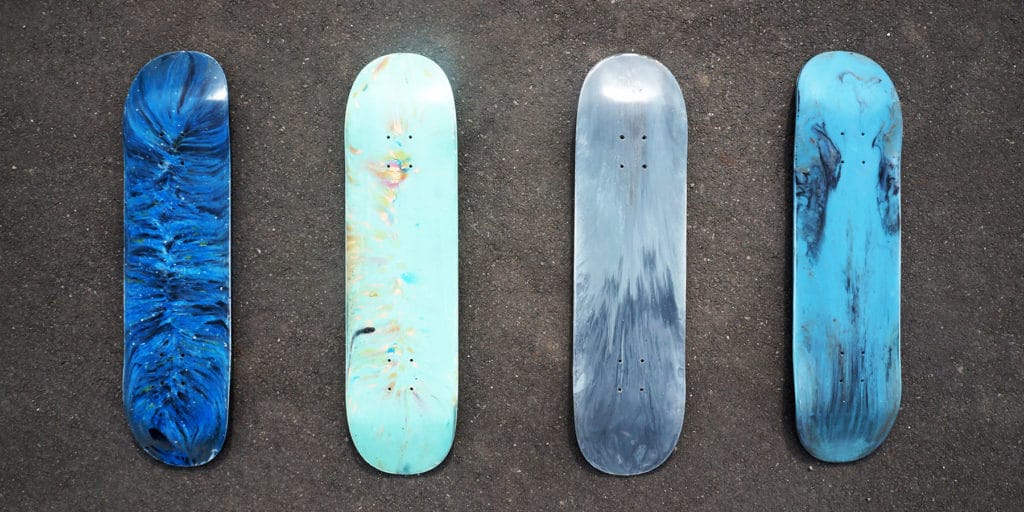 The colour options are as diverse as the plastic that feeds them.

Project RPSD continues to research and present their findings—their most recent work is a new extruder (which melts the plastic into a liquid and fills the mould by pushing the molten plastic out of a barrel using a motorized screw), in a more flexible and adaptable format. It can even be taken to events and demonstrations!

If you are into the production side of skating, or are curious about the potential of these small scale plastic projects, download the kit and build yourself a skateboard!

AtlasAction: Download the kit and start making your own skateboard deck! You can also buy some sustainable merch made of recycled or organic materials.

Jason Knight's interest is in suitable and social design, specifically open-source research and teaching. His specialities are CAD, Plastic Recycling and Programming.

Claire Rosslyn Wilson, editor of Atlas of the Future (18 November 2022)

Can you do your shopping and plant a tree at the same time?   Tred is a UK-based green debit...
See more
Share this project

Can you do your shopping and plant a tree at the same time?   Tred is a UK-based green debit...
See more