Brew your tea, stir some milk in. Make some toast and butter it. Sip, eat, wash, dry. Now, can you make it fun? 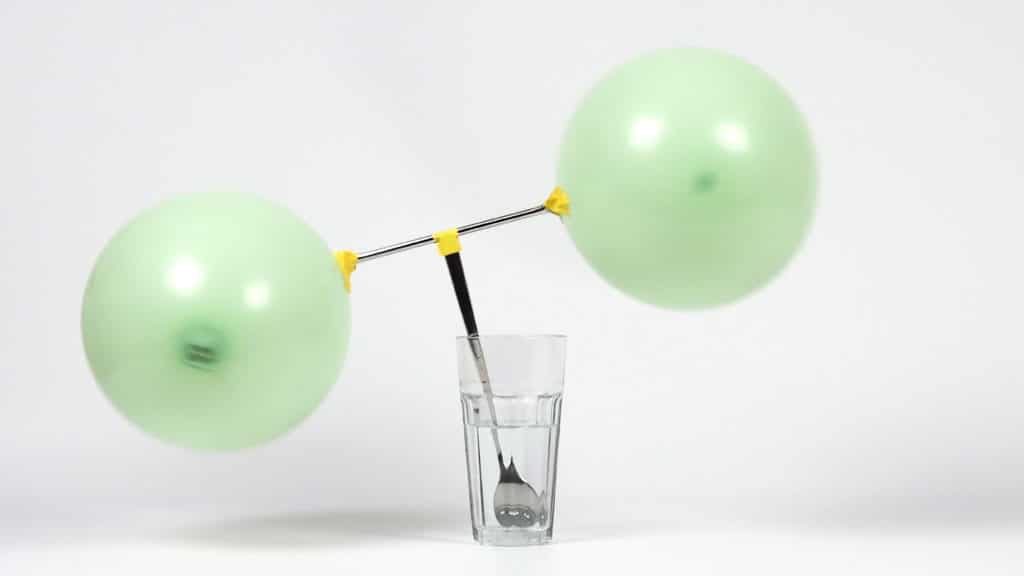 Ready to turn your morning routine on its head? Image: Sophia Schullan

When the first lockdown hit in 2020, German designer Sophia Schullan found herself stuck in a small apartment in Rotterdam. She remembers how she was “certainly not amused” as housework and trivial routines became the most eventful parts of her day. Life became filled with “anxiety, cabin fever, chaos and worries”, but hardly any joy. And Sophia asked herself: in times like these, is it morally wrong to have a good time?

“In my opinion, lightheartedness should never be a guilty pleasure. On the contrary, it can be a valuable tool to empower oneself to make the best of a bad situation and become more resilient.” — Sophia Schullan

That’s when she started turning her uneventful morning routine into playful experiments, effectively redesigning everyday life to find lightheartedness in hidden places. One day she made tea using a hot iron. The next morning, she was turning a fortune cat into her new toaster. 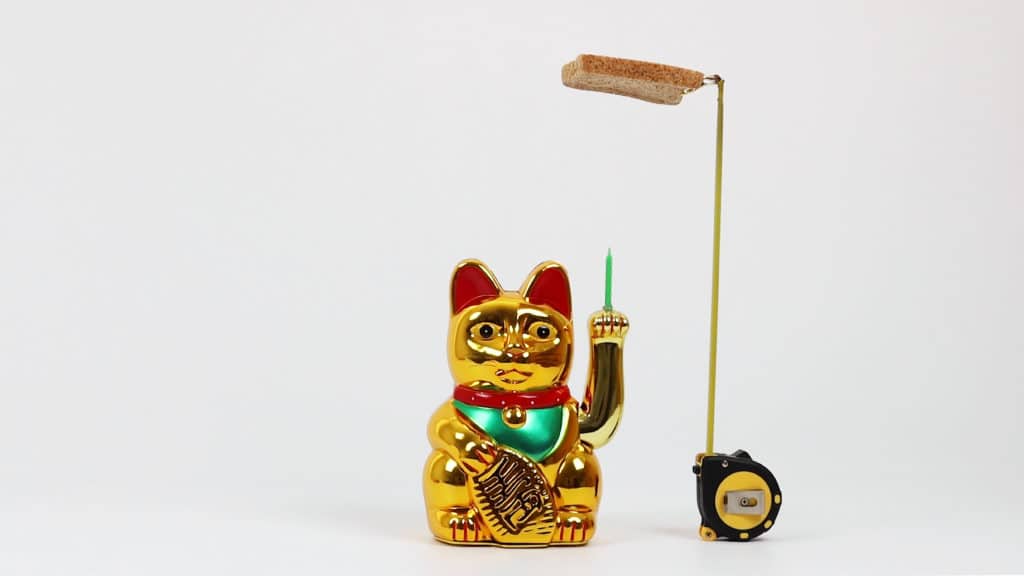 Curiosity turned the cat into a toaster. Image: Sophia Schullan

Before lockdown was over, she had redesigned every step of her routine three times over. She called her results Playfulness, a collection of 15 playful installations that were showcased during the 2021 Dutch Design Week and that she hopes will inspire others to “outwit their daily grind and create unexpected moments of joy.” 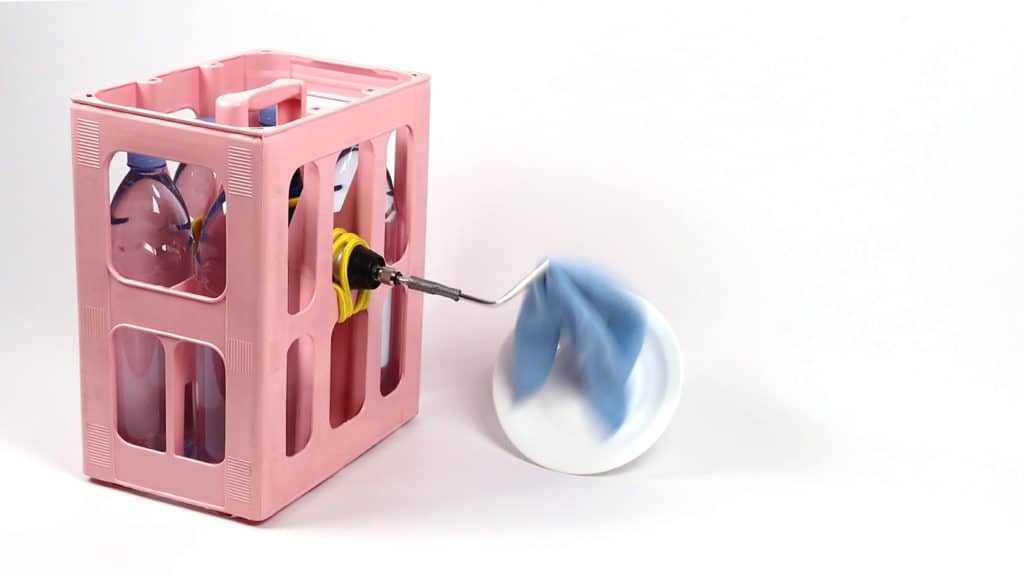 Doing the dishes has never been this fun. Image: Sophia Schullan.

During her experiments, Sophia discovered that it’s not always fun and games — unless you want it to be. While working on an alternative way to roast toast, her design idea just didn’t seem to work. She got intensely frustrated before remembering that “playfulness means playing for play’s sake, not to achieve a certain goal.” When she decided to drop all expectations and “just kept playing”, she ended up with a new way to wash her dishes instead of making toast.

“In play, there is no right and wrong. People play for the pure sake of enjoying it. There are no rules, goals, or assignments. The only motivation is fun. Playfulness consequently cannot fail, be lost or judged.”

Even though Sophia’s designs have the fascinating power of a Rube Goldberg machine, they’re not as hard to recreate. In fact, she was thrilled when she saw others enjoy something she had created during a time of complete isolation. We asked the creative to share her favourite playful tasks for everyday joy so that you too can join in the fun:

☕ How to playfully brew tea: Flip over a hot iron and pour water over it.

🥄 How to playfully stir a drink: Attach two balloons to a spoon and let them loose.

🍞 How to playfully roast toast: Lift up the toast and light up that fortune cat.

🧈 How to playfully butter toast: Heat up a ruler and let the butter slide onto the toast.

🧽 How to playfully do the dishes: Fix a towel on a drill and whip it real good.

Sophia’s convinced that play has the power to change the world. Because it nurtures skills like resourcefulness, spontaneity, flexibility and creativity, a playful mindset can help us “tackle some of society’s most serious challenges” by switching up the way we think.

“I found that creativity is not necessarily a talent, but a mindset. I believe it is possible to be playful no matter when, where or who you are. Playfulness is usually right in front of us.”

Would you try Sophia’s playful tasks? Let us know in the comments below. 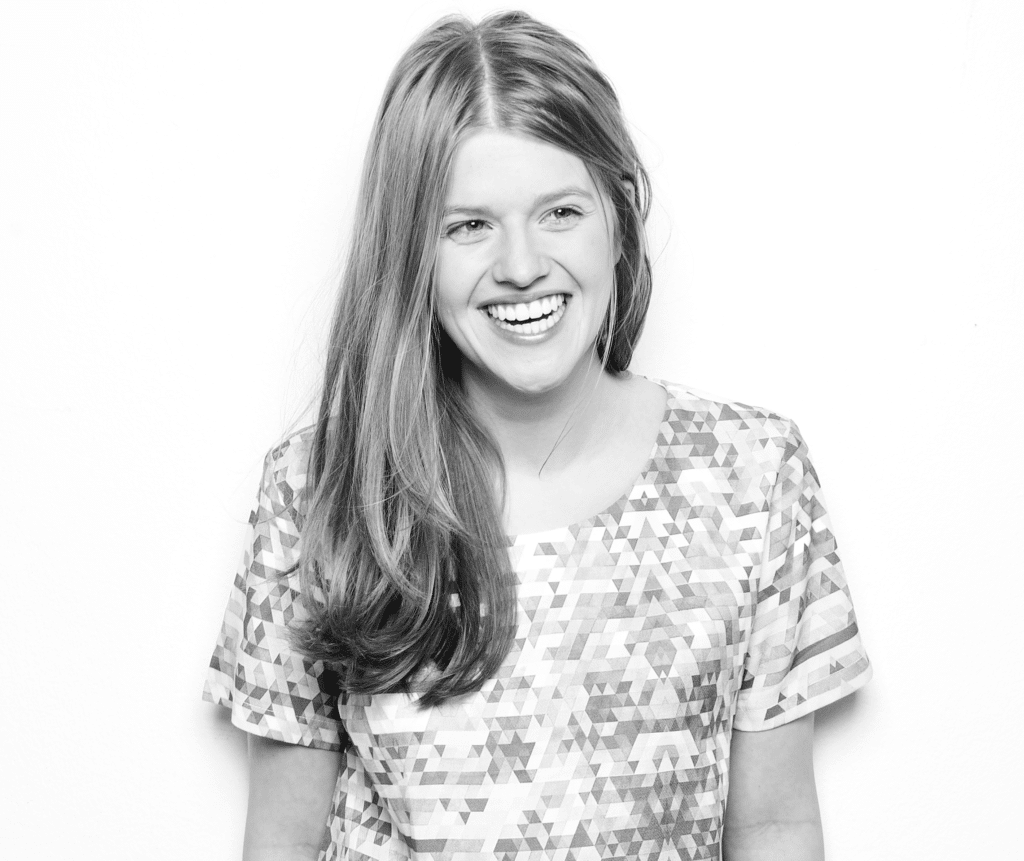 AtlasAction: To inject some playfulness into your life, Sophia advises to “look at ordinary things from extraordinary perspectives, for example, by looking at them as if we had never seen them before, by observing them from different angles, by putting them into new contexts, by making up stories about them, or by turning them into a joke.”
You can follow Sophia on Instagram and on her website.

Sophia Schullan is a young German designer with her studio based in Rotterdam. She works across installation, photography, video, product and interaction design. With her projects she likes to question our perspective on everyday life and playfully design new angles to look at it. Her work usually tackles serious topics in a lighthearted manner: to make people think – and smile.