Do you ever wonder what stories are hidden behind your neighbourhood streets?

This is one of the questions that intrigues Overhear, a UK-based mobile app that digitally pins poetry, short stories and oral histories to real-life locations. The app invites users to explore their environments, collect the recordings and discover new ways to look at the world around them. 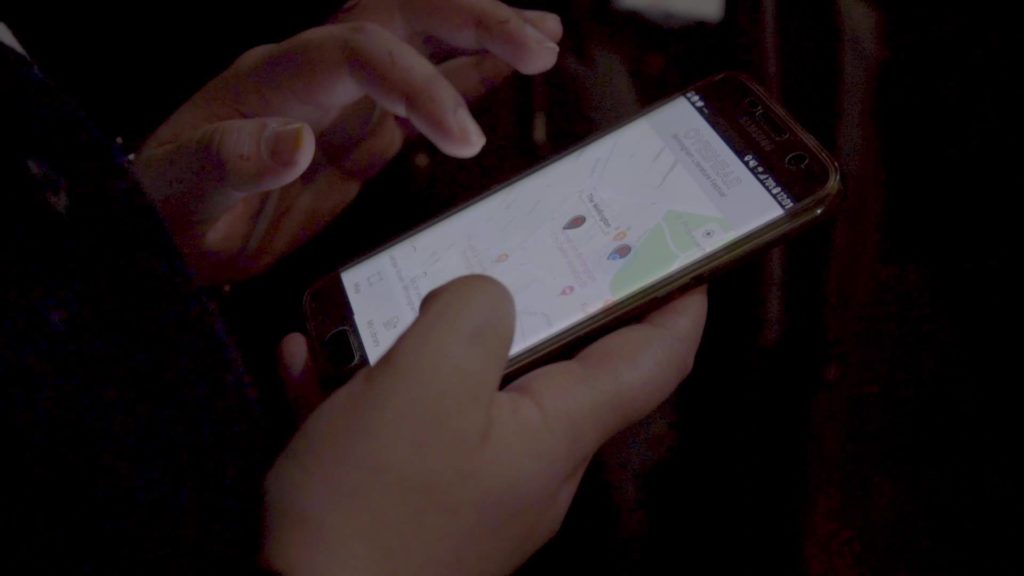 Collect poems on the app.

Overhear wants to help people notice the world and be in the moment, exploring the parks, cafés, housing estates, train stations, beaches or forests. With the help of localised content, the app encourages users to pause, listen, and see what would otherwise go unnoticed.

The idea started when founder Tom Peel became frustrated at releasing several home recorded albums online. He began to wonder if another form of online distribution would work better. With help from a friend, overhearbrum was put together in 2016 as a barely functional website but it was the start of an idea with legs. Through several iterations, disappearing coders, successful grant bids and bug-fixes, Overhear grew into an app that collaborates with literature festivals and local communities. 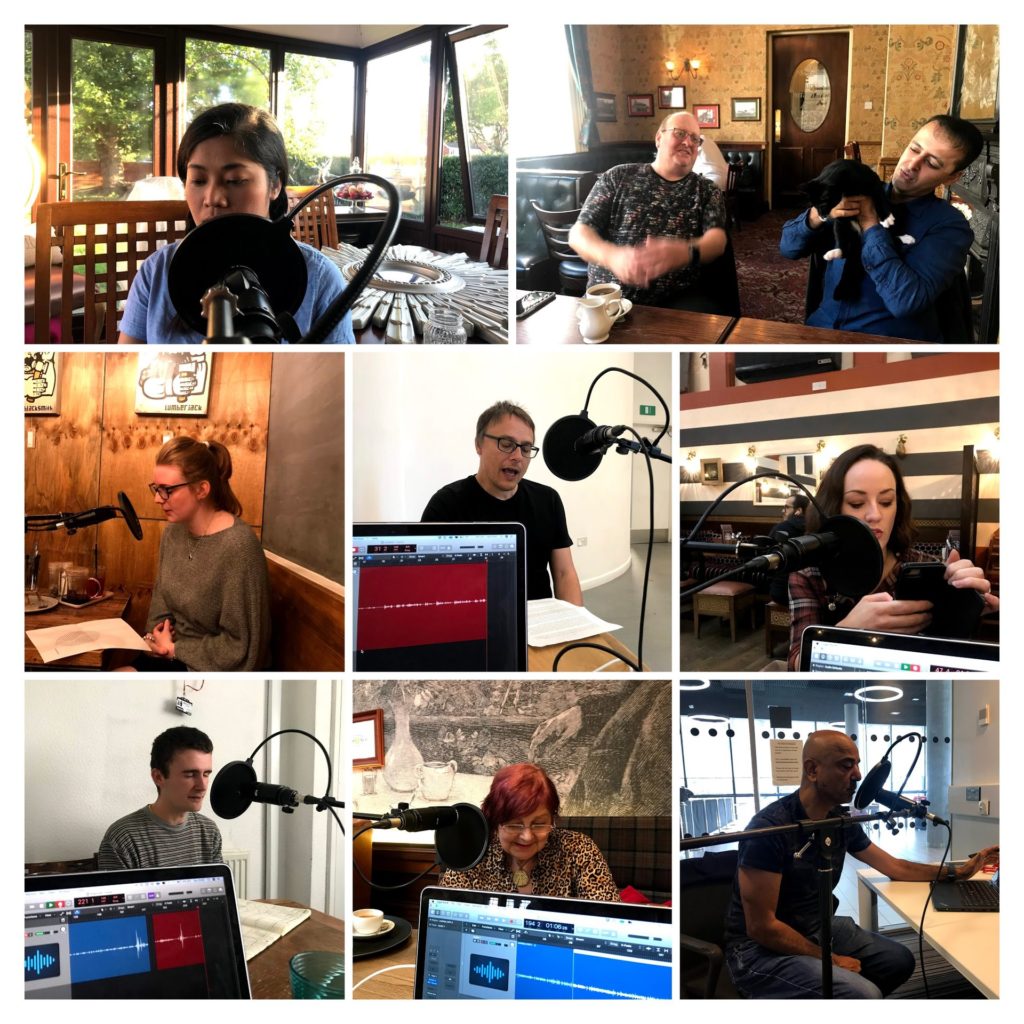 But how does it work? Overhear geotags recorded content to locations for users to collect. Working with local writers and independent venues, Overhear pins specially commissioned poems to the venues they are inspired by. Users can then walk to the sound recording closest to them and download the files into their library. Their public map also invites people to record their own audio and pin it anywhere on the map for friends, family, strangers or even their future selves to collect.

As Tom explains, “Overhear is about location and creative content. It uses mobile technology to link the two and generate a micro-economy for poets.” 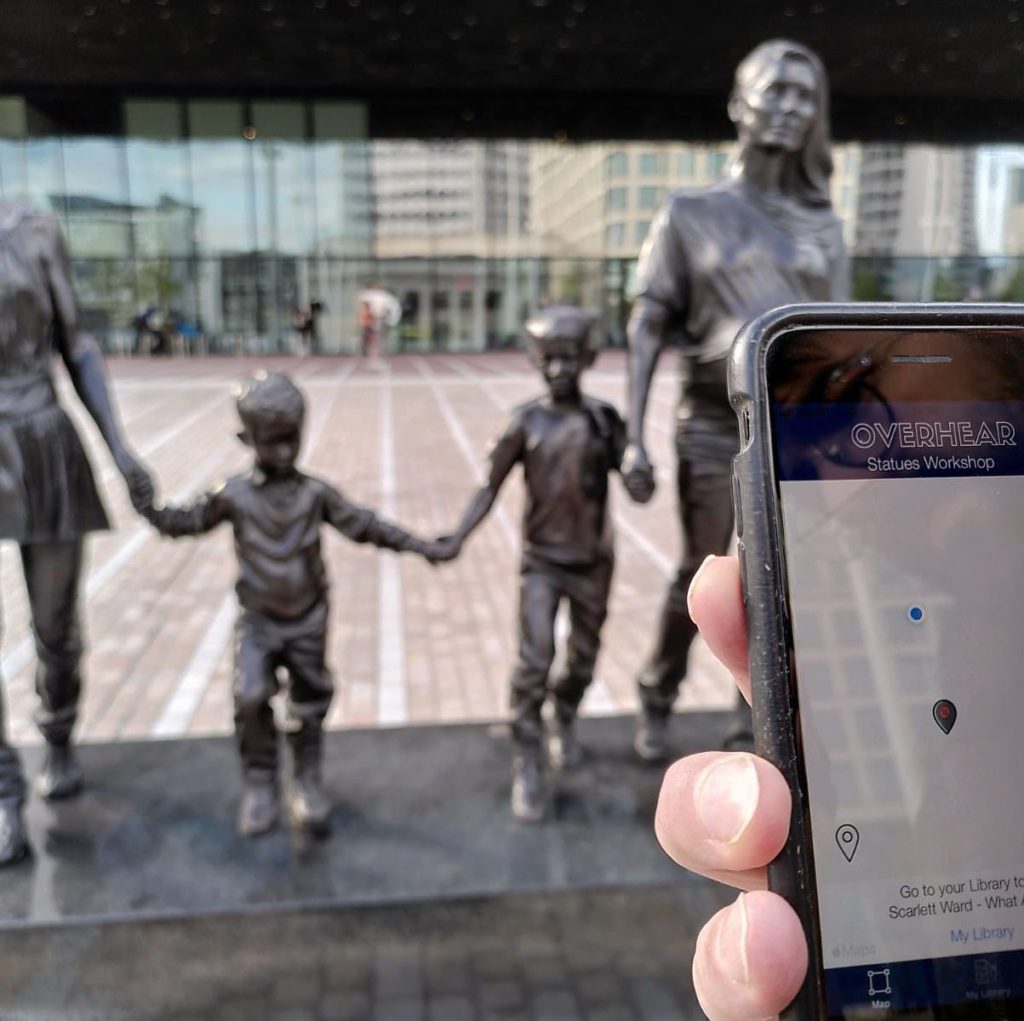 To make sure their work doesn’t exist in a vacuum, Overhear organises events alongside the content on the map. For example, their walking tours allow people to explore a place alongside a practitioner who can share a personal insight they won’t get anywhere else. Several tours were led by director of the Still Walking festival, Ben Waddington, who steers audiences away from the “dates and data” approach to guided tours, focussing more on how we feel about spaces and places and what we can learn about a place by simply stopping and looking.

They also conduct workshops and collaborations, to create spaces where people are supported to write their own creative responses to the spaces they explore. The facilitators guide participants through exercises designed to generate work that can be recorded and pinned to the places they’re inspired by. 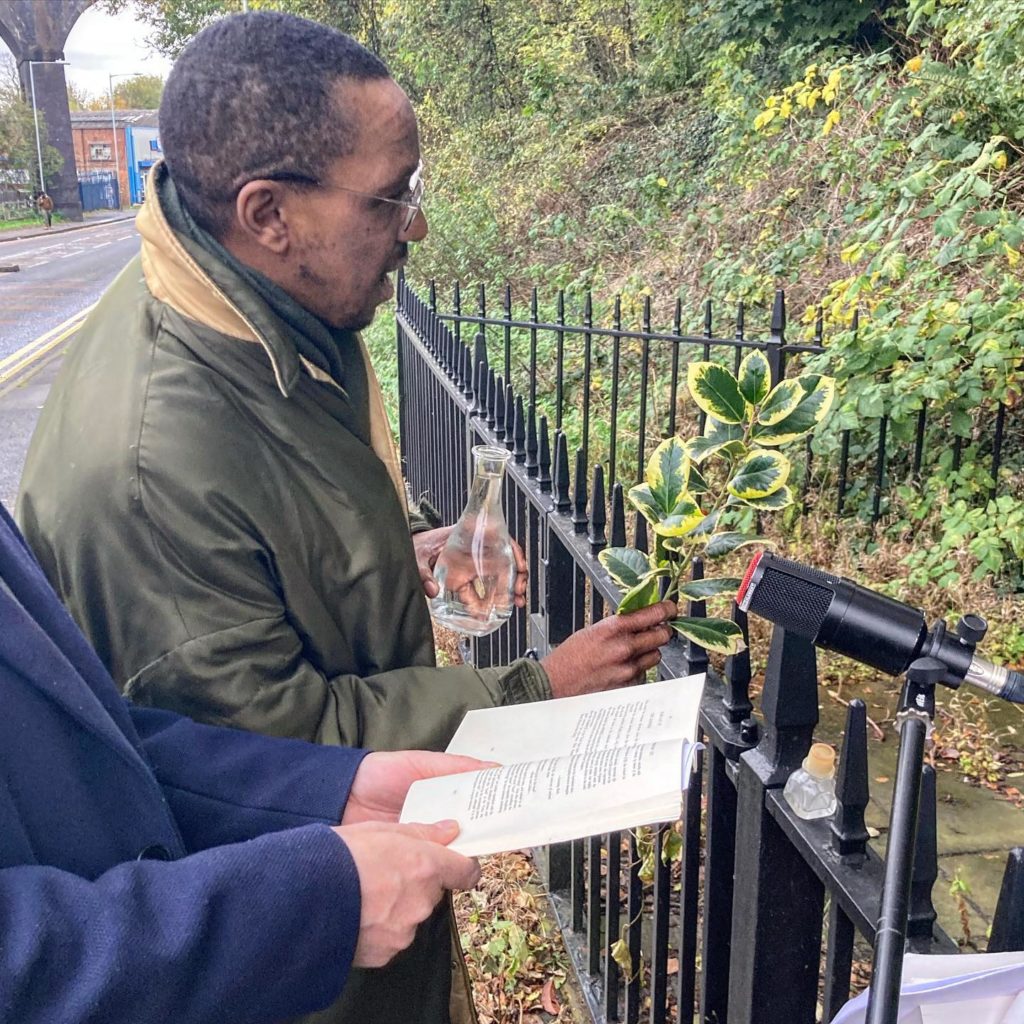 One example is the collaboration with the Birmingham 2022 Festival, where residents of the Soho Road and Handsworth shared their stories of migration during curated walks with Black Heritage Walks Network and Overhear workshops. The residents were asked to consider their own connection to the place and their stories have been turned into audio pieces that, along with newly commissioned poems, have been pinned to the map. 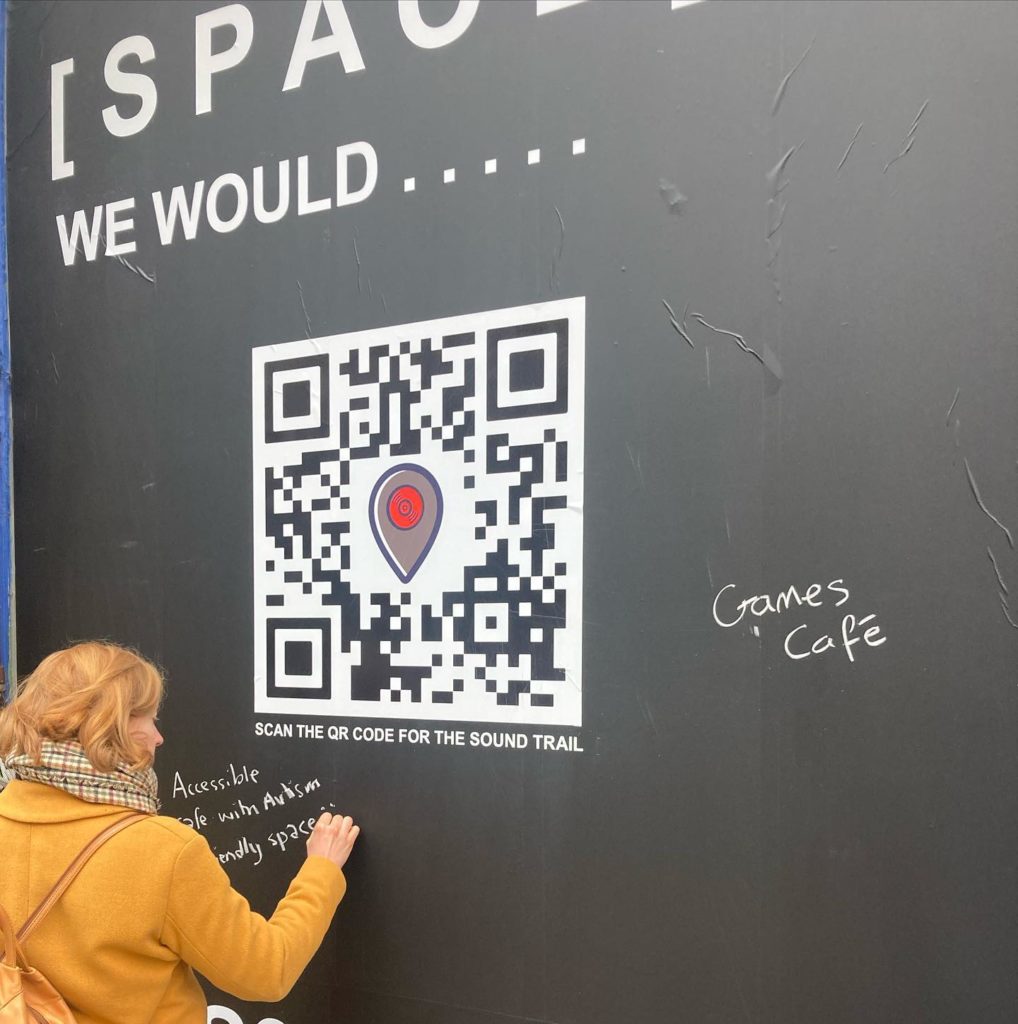 Exploring the importance of listening in place and being connected to the world around us, Overhear has also collaborated on a number of health-related initiatives. An upcoming project helps hospitals deal with “pyjama paralysis,” where patents stay in bead after operations, reducing recovery rates. With the project, Overhear aims to incentivise post op patients to get up and collect creative audio and audio messages from locations around the hospital and grounds to aid recovery. They have also worked with students at Loughborough University to create a poetry walk as part of Mental Health Awareness Week.

Check out their poems and if you feel inspired pin your own recordings on the public map!

Claire Rosslyn Wilson, editor of Atlas of the Future (11 December 2022)

Immersive soundscapes connecting us to nature

Music for the planet

Can music make a connection through people’s busy everyday lives and change the narrative on environmental issues? That is the...
See more
Share this project

Immersive soundscapes connecting us to nature

Music for the planet

Can music make a connection through people’s busy everyday lives and change the narrative on environmental issues? That is the...
See more