Drawing from their backgrounds in fashion, advertising, the entertainment industries and social organizations (or NGOs), in 2011 four dynamic Paraguayan entrepreneurs cooked up Koga, a social business focused on growing and supporting the development of the entrepreneurial ecosystem in their home country. With the aim of incubating initiatives and projects that could create a social impact, they invited speakers from various walks of life to share positive ideas and concrete actions: that platform would later give birth to Gramo, Paraguay’s answer to TED talks.

That first event organised by Camilo Guanes, Rodrigo Weiberlen. Fidu Gonzalez and Bruno Defelippe shared stories about projects, politics and people doing something good to build a better country; succinctly, a storytelling platform that inspires action. But, they had their work cut out for them given that Paraguay barely had any such projects to celebrate. After collaborating on Asunción’s first TEDx event in 2011 and receiving positive feedback, they realised a local element was missing and that Koga needed to pull out the stops and create an entrepreneurial ecosystem in Paraguay; the answer was Gramo.

“I’ll never forget the feeling I had after coming out of the theatre after one of Gramo’s first events. It was something like ‘How did I not know that this was happening in my country? All these amazing people and stories!’. I fell in love with the project,” says Darmy Martínez Larroza, today Gramo’s project manager.

“These stories were about projects, politics and people that were doing something good and building a better country. That first event showed, for the first time, stories about a Paraguay we weren’t seeing in the news. A Paraguay that was building instead of destroying, and that was inspiring others to create and build too. As unbelievable as it sounds, that was an incredibly disruptive idea at the time.”

One of the first Gramo Conversations to capture Paraguay’s attention was Roberto Cano’s Cómo Aprovechar el Bono Demográfico que Se Viene (How to make the most of the coming demographic bonus) in 2012. A 40-year period during which 67 percent of Paraguay’s population will be economically active and how to seriously prepare for this, given that it only comes around once in a country’s history. Given that that statistician had also revealed that 20 percent of Paraguayan children suffer from chronic malnutrition, his 14-minute talk provoked Paraguayans into seriously contemplating how to invest in human capital from birth. That led to an infant nutritional guarantee bill, which became Law 4698/12 that year, a direct way of addressing that bonus.

Another extremely powerful conversation is Estela Santander’s Chicas Nuevas 24 Horas (New Girl 24 Hours), taken from the 2015 documentary of the same name: in the most dignified way possible, she discusses being forced into prostitution by her own family in Spain, exposing modern slavery – the world’s third biggest organised crime – while proposing to create a Paraguayan victims’ network and raising public awareness of the sex slave trade. The upshot? Estela says: “Gramo had an effect on me. Today I feel capable of giving a conference [in public], of telling my story. It’s an important channel for regular people, like me, who perhaps feel they don’t have a voice.”

Timing, combined with simplicity, has been key in Gramo’s meteoric rise in popularity, which has seen the platform host 320 speakers at 30 events attended by 30,000 people and a million YouTube visitors in the past five years. Darmy adds: “At the time, a sour political context dominated the scene and it was hard to find a place where you could learn about the good things that were happening in the country. Really.”

“What’s been so interesting is the power of simple ideas, such as El Profe Tony’s (Teacher Tony) education project PreguntaPy. The proof that time and again, the simpler the idea, the more power it has to scale and to spread. The disruption behind this was to have a place where you could consume a perspective so different from what the media was showing at the moment. How people got involved, interested about the content and attended the events, tells us how a space like this was needed.”

Culture, teamed with creativity, have also played their part in developing a better future. “Culture is impregnated in everything we are and everything we do. If you want to have an impact on people and create a better future for everybody, culture is one of the things where you start from. This is how projects like Gramo play such a key part in these processes, because they move people through stories that originate in their own context. You show people that local people and local initiatives can make things different. It’s not about some extraordinary idea that comes from the other side of the world, or some fancy entrepreneur from Silicon Valley that has the cure for cancer.”

Keeping matters local has also played its part in the Gramo success story; one work in progress involves a school teacher and his pupils. Darmy says: “In 2017, we received notice from [the aforementioned] El Profe Tony, a rurally based school teacher in the Concepción region of Paraguay who found Gramo online and fell in love with the project. As a homework assignment, he told students to watch a Gramo talk and to write an essay about it. Then he sent us the assignments; we were amazed by the reach. This is how the idea for regional Gramo experiences – known as was Gramo-i – emerged, taking Gramo out of the capital and inspiring people in their community; their own Gramo event takes place this May.” Teacher Tony later developed PreguntaPy, an app that asks and responds to cultural, historical and geographical questions about Paraguay for school children.

There is more to Gramo than Paraguay, however. In the past two years, Gramo has spread its wings to start a dialogue around the continent, hosting two international events in Medellín and Washington DC in 2016 as well as in Brazil a year later supported by Sistema B’s Latin American Reunion, thanks to Gramo’s B Corp status. “In Colombia, we clicked that Gramo’s narrative wasn’t just Paraguayan but Latin American. For the first time, we had a completely new audience who could relate to and connect with the idea behind Gramo. After existing for five years, Gramo is now entering the expansion phase: we want people and organisations to take over the platform and produce their own Gramo events, either in Paraguay or the region,” she adds.

As for the remainder of 2018, the Gramo team plans to exploit its media. “We have tons of content and material, so a priority for this year is to use all of that and transform it in different formats, develop even more native content on our social media platforms,” says Darmy.

AtlasAction: Watch some inspiring Gramo videos on their YouTube Channel or check out Gramo Editorial, a comprehensive roundup of the team’s highlights in Spanish (some with subtitles).

Sorrel Moseley-Williams is a freelance journalist and sommelier based in Argentina, found on the pages of Monocle, The Guardian, Wine Enthusiast and Decanter.

On paper it looks weird: A three day congress dedicated to technology and innovation taking place in the heart of...
See more 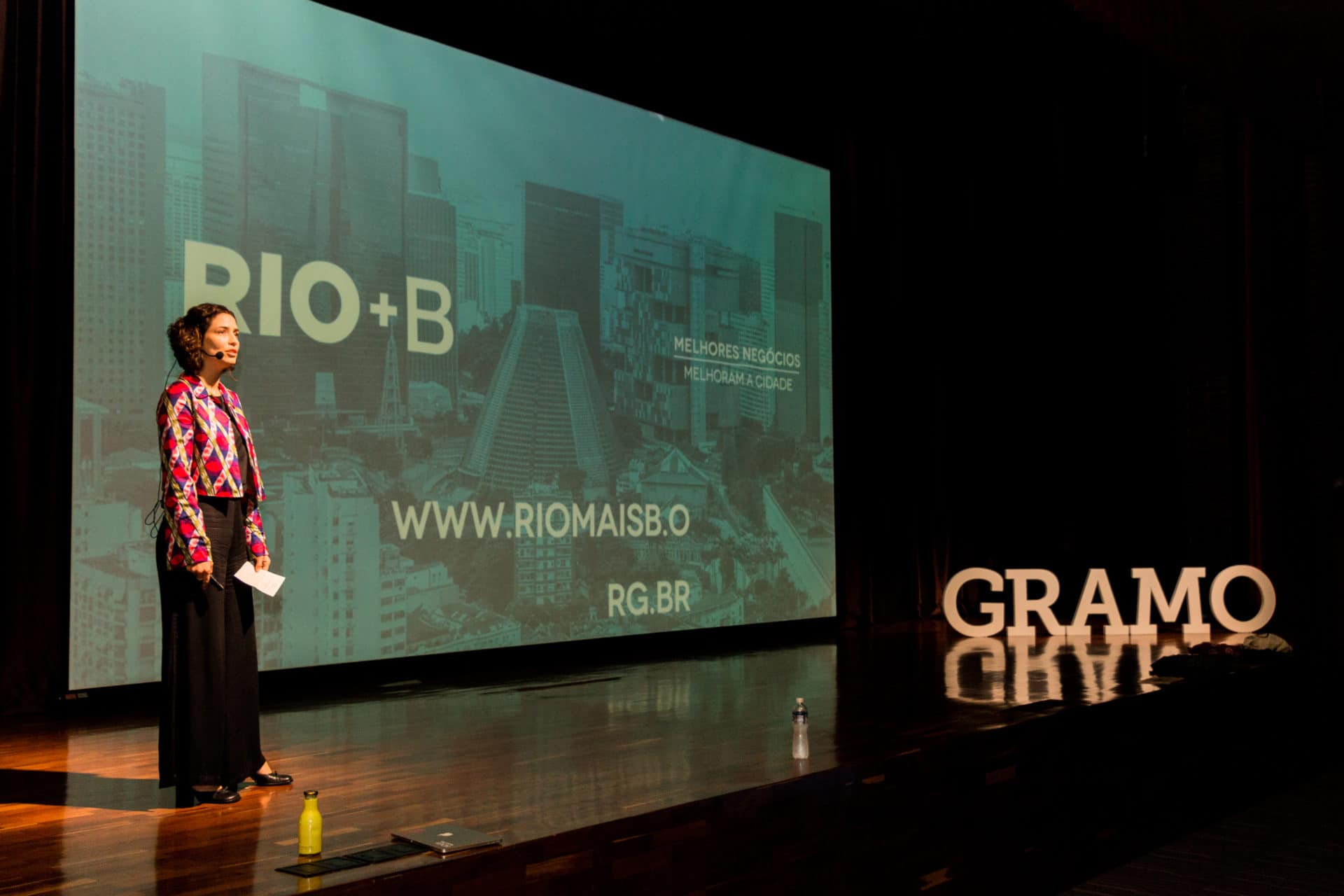 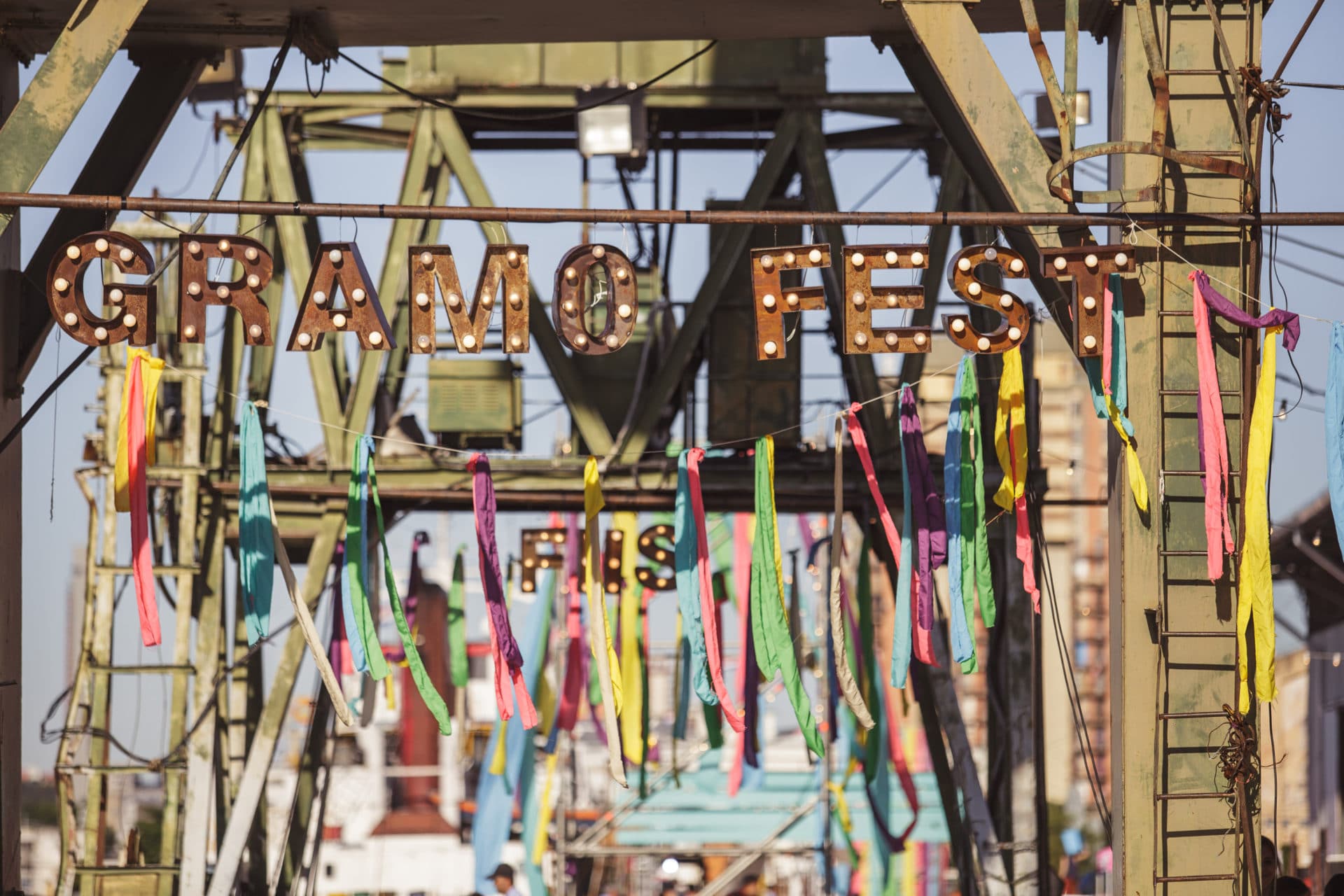 On paper it looks weird: A three day congress dedicated to technology and innovation taking place in the heart of...
See more