Clearly not pretending to be human, Intuition Robotics’ ElliQ is an AI-powered companion that is half tablet, half robot and looks like a desk lamp.

If you ask ElliQ what her favourite food is, ‘she’ answers: “Electricity!” Quite obviously a device, this sleek social robot is fully intended as a companion for older adults. 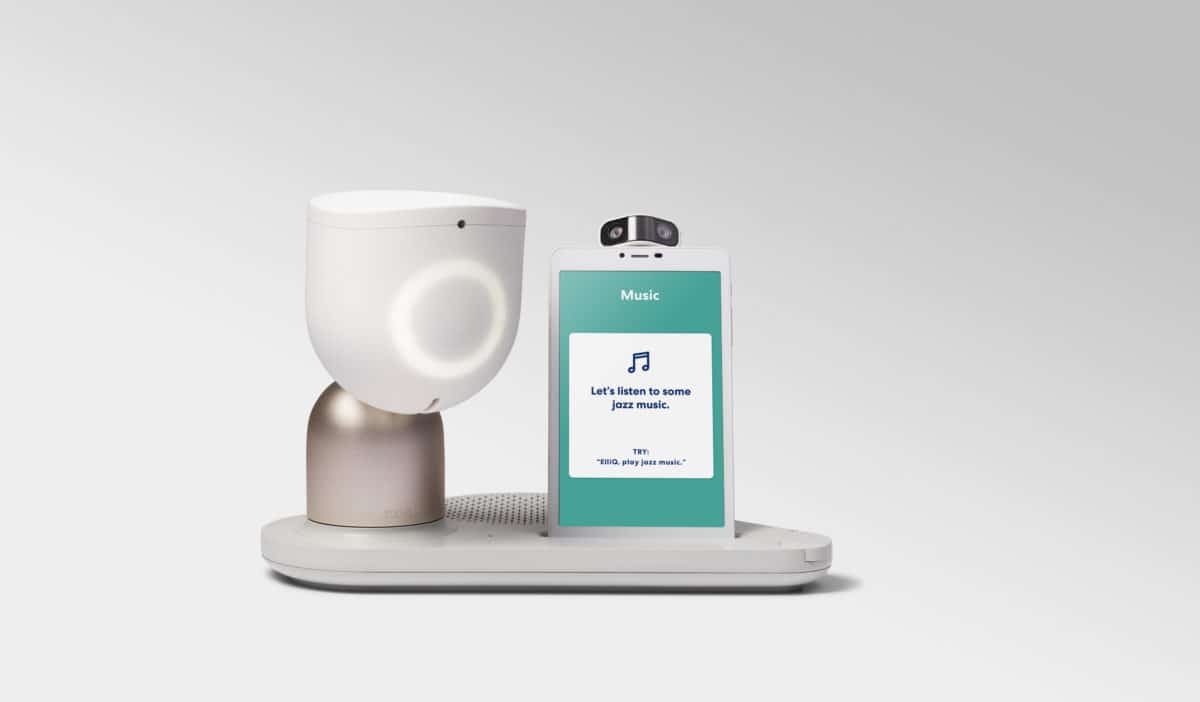 Like it or not, we live in a tech-driven world. Whilst most of us Google for answers in seconds, some are still getting to grips with embracing technology.

Designed specifically for older adults, ‘ElliQ’ aims to prove how technology can keep older adults sharp, engaged and connected. The ‘sidekick for happy ageing’ allows people to age independently in their own homes and is the first proactive digital companion that initiates interactions; sharing trivia or suggesting listening to music, drinking water, going for a walk or contacting grandchildren. And it’s kid-friendly to allow intergenerational transactions.

Today, the term ‘digital divide’ is used to describe the gap between the tech-savvy and those who fall behind. When used right, technology might provide all the tools needed to keep us more connected, entertained and informed.

ElliQ was designed by Intuition Robotics to enhance the lives of older adults, but also to be understandable – regardless of age or limitations. Using cognitive AI – a hybrid of conventional artificial intelligence, which is the foundation of deep learning, and human-like reasoning – it is not complicated to get to grips with.

When tech junkie and innovation entrepreneur Dor Skuler and co-founders Itai Mendelsohn and Roy Amir created Israeli company Intuition Robotics in 2015, the initial focus was on tackling the problematic effects that loneliness has on longevity. Ninety percent of older adults prefer to age at home, yet social isolation and loneliness can have massive detrimental effects on physical and mental health. They wanted to do a project with a high social impact, as they all had ageing parents, which is what drove them to research and develop the idea that eventually led to ElliQ.

The three collaborated with award-winning Swiss designer Yves Behar and American tech guru Don Norman to allow ElliQ to make its own decisions and learn from its experiences. Instead of being a reactive assistant, like Apple’s Siri, ElliQ aims to create a more authentic relationship and promote a healthier lifestyle.

The tabletop service robot can recognise its user’s face and learn their schedule – reading out messages, displaying photos and answering video calls. Mimicking human movements and responding to voice, gaze and touch, it offers tips and advice, responds to questions, engages throughout the day, makes appointments and reminds users about medications. It can also monitor when the user wakes up, and even whether a stranger is walking around the house. 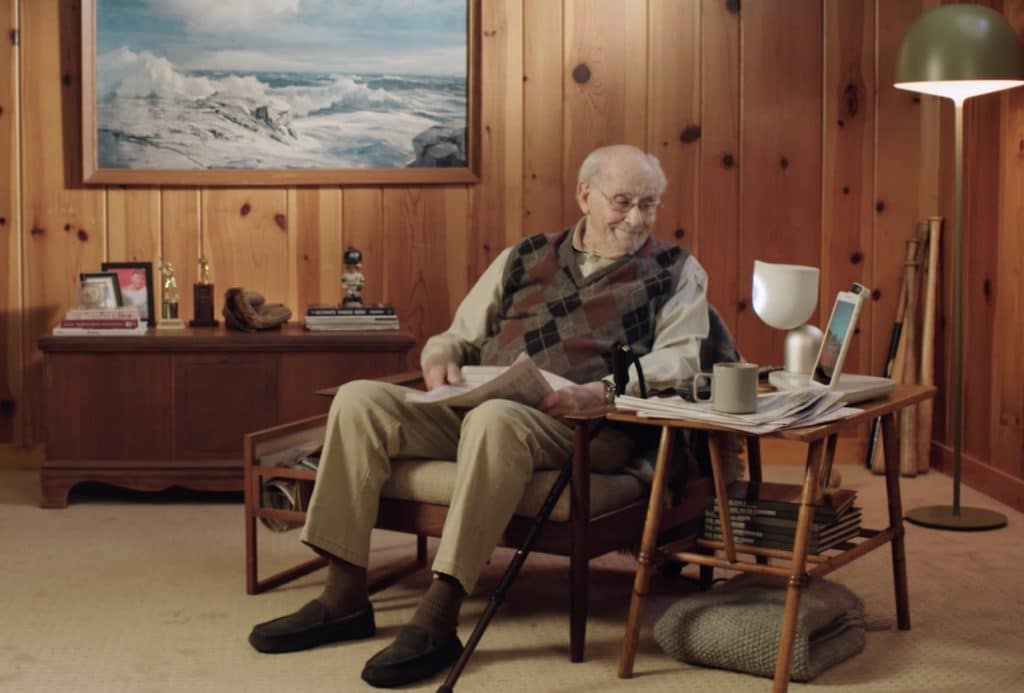 The technology behind ElliQ is a cognitive platform called ‘Q’, which detects signals based on data points like user reaction and satisfaction and updates and adjust according to the reward.

“Today is Liz’s birthday. Do you want to call her and wish her a happy birthday?” – ElliQ

“Ageing well can take many forms depending on lifestyle and personal preferences, although generally a smooth transition into this stage of life includes staying engaged with the world around you, remaining connected with family and friends, and staying emotionally close to loved ones, even if they live far away,” Dor tells us. “Retaining independence is also an important value that can be supported by technology, and the key to innovating with this in mind is maintaining a sense of simplicity, ease of use, and a personalised element that makes staying connected seamless. We believe that technology has the potential to make the world a better place.”

The epidemic of loneliness has become such a serious public health problem that in 2018 the UK appointed a Minister for Loneliness, and the impact of isolation in health has been compared to the reduction in lifespan similar to that caused by smoking 15 cigarettes a day. ElliQ celebrates ageing through powerful motivation techniques, proactive interactions and emotional touchpoints that help older people stay active and stimulated.

“While much of the technology for elder care focuses on disabilities and diseases, for older adults, there is a negative stigma around this kind of technology as it is associated with being frail and old. However, this type of day-to-day interaction is beneficial for overall health, which can ultimately lead to fewer doctor visits throughout the year, meaning fewer medical expenses.”

The hope is that this will keep older adults incorporated and assimilated with technology to come, and empower them with all the tools and knowledge needed for a happier, healthier ageing process. “We sincerely hope that through ElliQ, and other products designed with older adults in mind, older adults will begin to see technology as a vital tool to help them flourish, rather than something to fear or condemn.”

In 2019, ElliQ received an honourable mention among TIME’s Best Inventions of 2019 list, ”a major milestone that we’re incredibly proud of”. In 2020, Intuition Robotics launched a free programme across the US to help older adults “fight the pandemic blues” as COVID-19 forced us to stay home.

“What gives us the most joy is seeing the seniors smiling while interacting with ElliQ. It is such a special moment.” 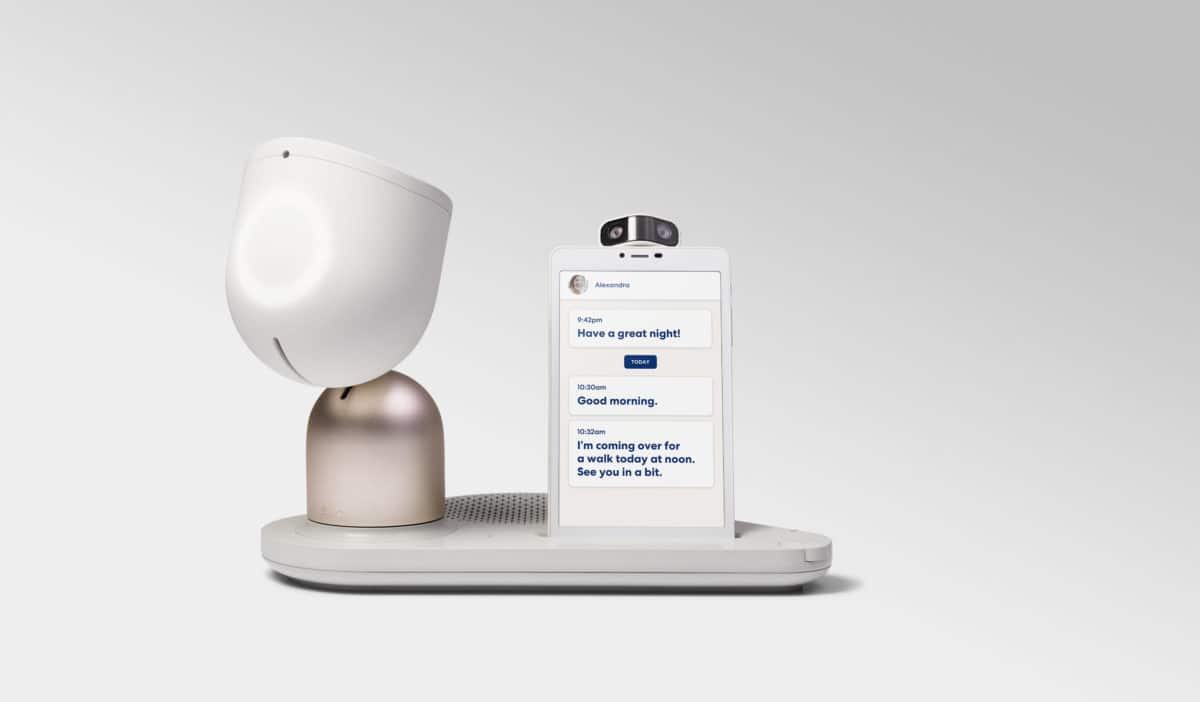 AtlasAction: For those interested in getting involved with ElliQ, email Intuition Robotics here.

Spy on species in the wild

Trail cameras are an important tool in wildlife research and conservation – and you get some surprising results.   What's...
See more 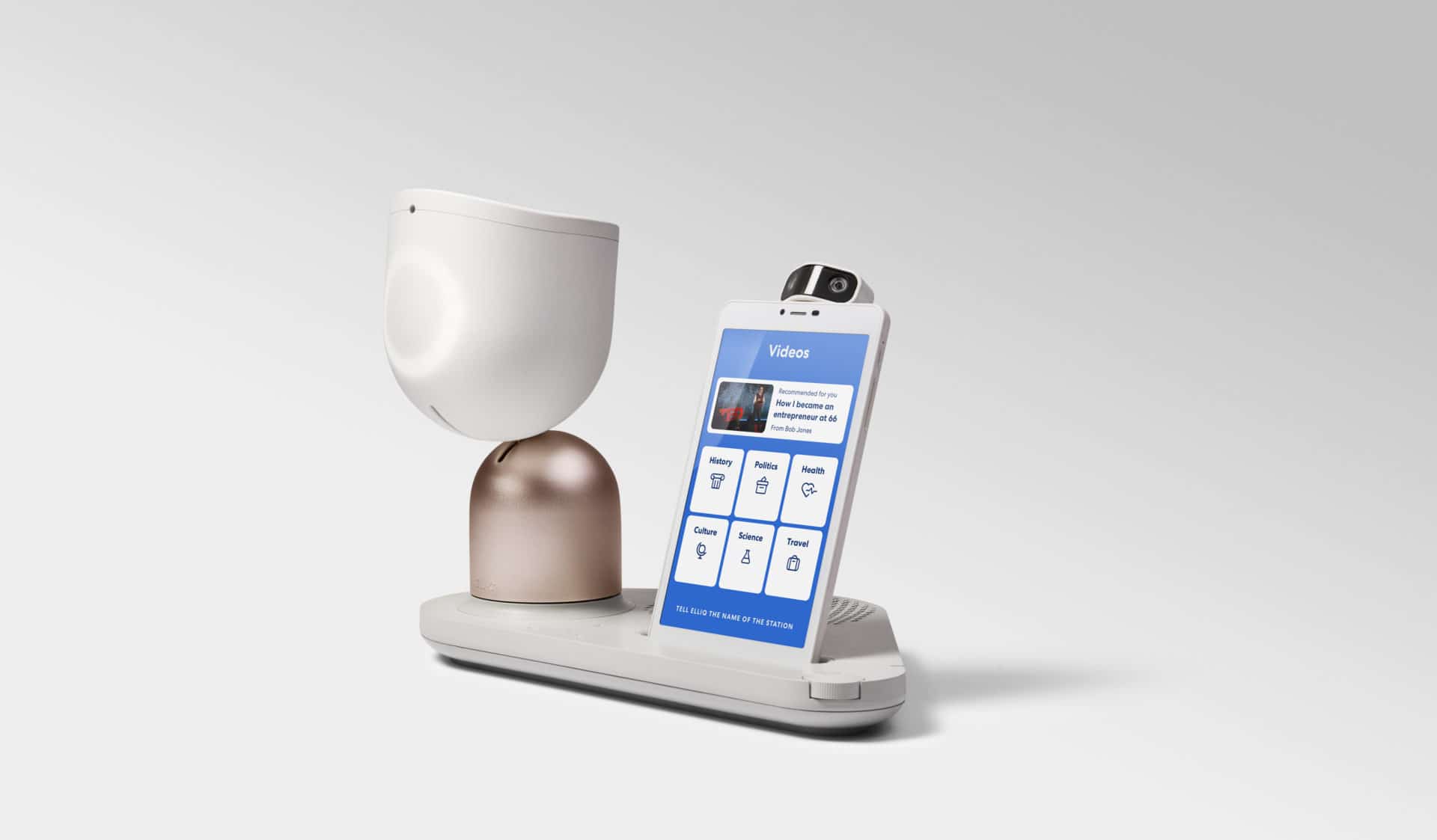 Spy on species in the wild

Trail cameras are an important tool in wildlife research and conservation – and you get some surprising results.   What's...
See more