“Our city is a place we built with our own hands to live in peace.”

In Turbaco, a 20-minute ride from Cartagena, there’s a very special neighbourhood. Houses are small but spacious enough, with two bedrooms each, a kitchen, and a little patio to hang the washing out, as well as a terrace to relax and chat with neighbours. A street sign warns: “Cuidado, el machismo mata” (Careful, machismo kills.”) 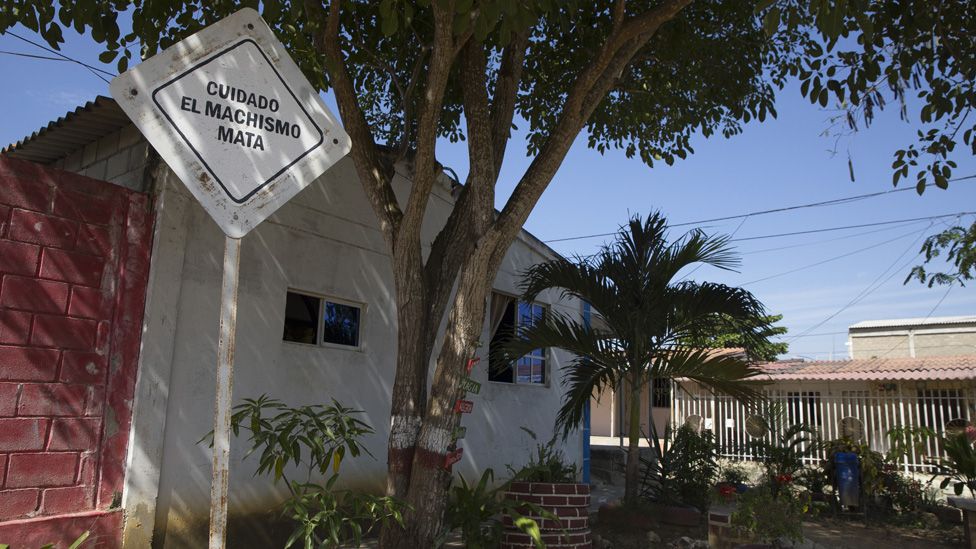 Welcome to City of Women (CM, Ciudad de Las Mujeres), a safe haven built by and for displaced women fleeing gender-based violence and the Colombian conflict.

Founders remember how when they arrived in 2003, there were only “mountains and rocks, trees and mud.” The women had secured enough funding to buy the land but had to do the labour themselves, brick by brick, two workers for each house. By the time of its completion in 2006, City of Women had become home to more than 90 families.

Today, it’s a self-sufficient community of women led by women who advocate for Human Rights, solidarity, and justice for victims of gender-based violence. There is a school, a community centre, stores, and restaurants. Residents come from all over the country: after over 50 years of conflict, Colombia was recently estimated to have the world’s third-largest internally displaced population, with women (and Indigenous and Afro-Colombian women especially) among the most vulnerable groups. Not only women live in CM — once-displaced residents brought their spouses and children to live in peace and start fresh. 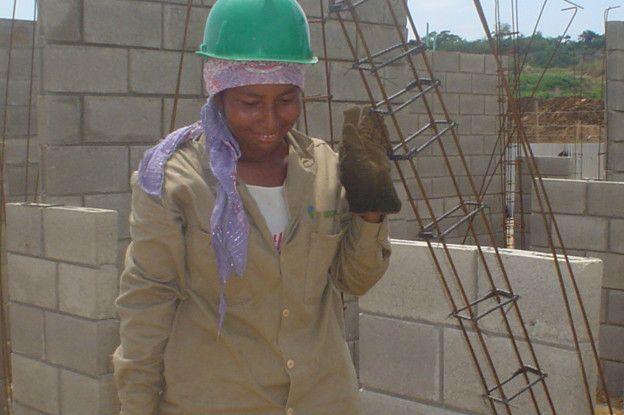 Residents of the City of Women built their own houses. Credit: Liga de las Mujeres Desplazadas.

The project is the work of the League of Displaced Women (LMD, Liga de Mujeres Desplazadas), an independent non-profit organisation that since 1999 advocates for the restitution of the fundamental rights of women forcibly displaced by the country’s armed conflict, offering community organising and legal representation. In time, LMD started defending other basic rights that displaced women were deprived of throughout the conflict, including housing, education, and water.

Patricia Guerrero is an award-winning Colombian lawyer, former judge, feminist activist, and founder of LMD. She was the first lawyer in Colombia to denounce marital rape in court in 1984 and in 2009, she successfully advocated for Colombia’s Constitutional Courts to recognise the grave abuses displaced women face (documenting and arguing over 170 cases of forced displacement and crimes related to forced displacement) and order the creation of new national policies that would attend to and support them. She was the first to dream of a City of Women in Turbaco. She tells the Atlas:

“Justice for women (and their families) who have survived the war is at the heart of City of Women. Its foundations were built to end the violence against women and nature, our Mother Earth, with whom we’re one.” 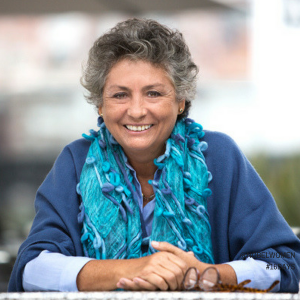 Patricia explains that LMD members, CM builders and residents face many challenges, and have been suffering threats and violence throughout the years. Members of the community were killed, raped, and disappeared. In 2007, the city’s Community Centre and HQ of LMD was set on fire.

“The authorities have ignored us and our demands. We’ve suffered a long history of persecution by paramilitary groups because this city is a symbolic place. Yet the perpetrators of violence against women during the armed conflict remain unpunished.”

Pushing back against stigmatisation, the City of Women seeks visibility to help more victims find their new home. “On paper, we obtained that local buses that come here show a sign saying ‘City of Women.’ But they just don’t put it up. We’re made invisible except for when it’s politically convenient.”

The City of Women’s Community Centre had to be rebuilt in 2007 after it was set on fire. Credit: Liga de Mujeres Desplazadas.

Patricia and the LMD believe that the law is an essential tool for systems change and that women’s access to justice is paramount. They write:

“None of us can accept a world in which the most dangerous place for a woman is in her own house […] nor can we accept a world in which women do not have the same rights in front of the court. It is the responsibility of all of us to change this; it impacts us all […] For this change, we need more women in positions of power—we need more female heads of state, women in congress, female judges, and women in the UN system, everywhere.”

In the City, women empower themselves to be actors of change and create opportunities for political and legal action. From building and owning houses to securing tutelary rights for members and families to access healthcare, the residents of CM are opening up “patriarchal spaces that have long been inaccessible to women.”

“We’ve been working to free ourselves of the patriarchy, its criminal thinking, its violent mandate of masculinity. We’re finding solutions and taking small yet firm steps.” — Patricia Guerrero 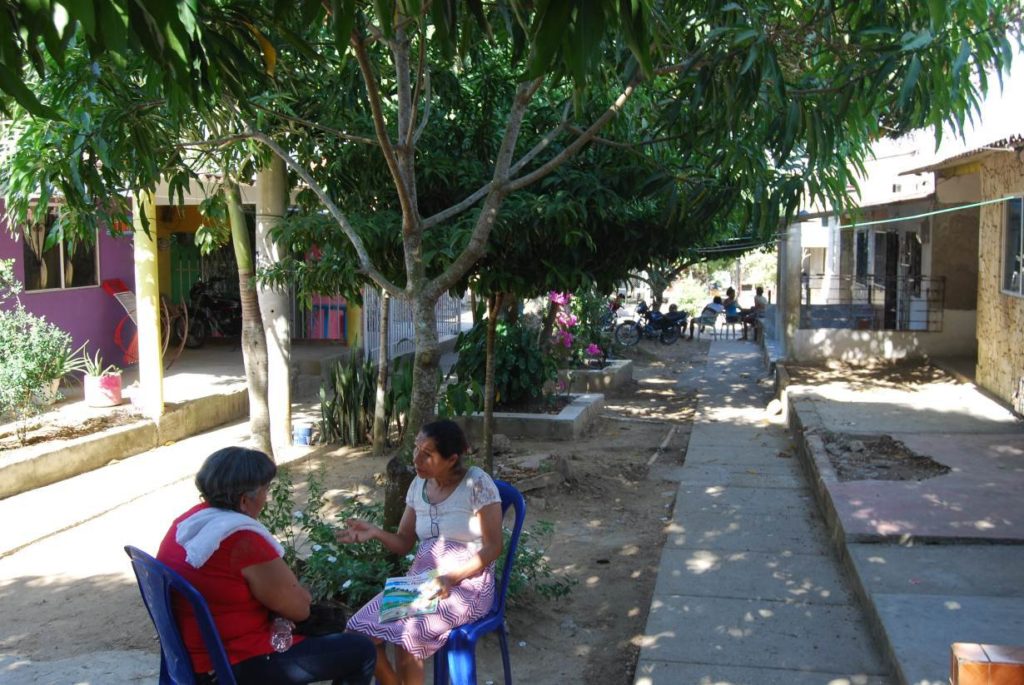 Come walk around the City of Women. The air is fresh and so is the conversation. Credit: Thomson Reuters Foundation / Anastasia Moloney.

Even though the trauma from human and narcotraffic, paramilitary activities, and the pandemic, as well as the desperation of losing one’s land and roots still weigh on CM’s residents, pride in their work and hope for a just future is what drives them. The City is now a refuge even for those who are too far to find shelter here, as residents and LMD members fight for the rights of other displaced women who live in other regions. And it’s making intergenerational waves of change.

A youth-led organisation sprang from the LMD’s work — the Young League, made for and by the children of LMD members. 100+ youth in four municipalities create safe spaces for dialogue and future-positive projects aiming to generate creative and economic opportunities, provide free sex ed, and protect them from drug and sex trafficking. Like their mothers, the children of the City of Women have decided to reshape their own future into a safe, exciting place to thrive.

▶️ Take a walk around the City of Women:

AtlasAction: Patricia is very clear — the best way for you to help the City of Women is protecting women where you are and “resisting patriarchal violence, which violates the rights of women, nature, and life.”

To stay ahead in an increasingly automated world, we’ll need to be more human than ever. You’ve probably heard the...
See more 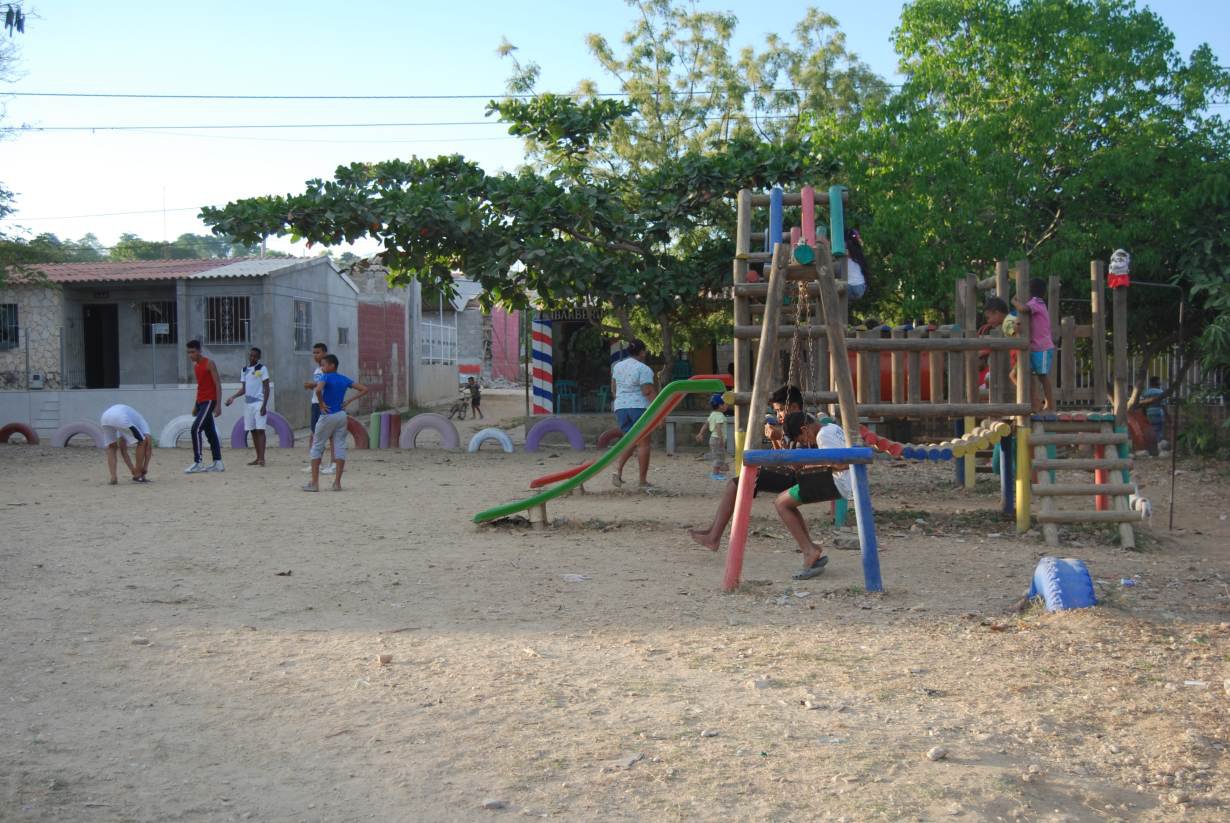 To stay ahead in an increasingly automated world, we’ll need to be more human than ever. You’ve probably heard the...
See more