One person’s toxic e-waste dump is another’s treasure workshop. That’s why a Ghana-based architect duo have launched AMP (Agbogbloshie Makerspace Platform) – an initiative to build a network of mobile ‘makerspaces’ in Africa. They’re starting with the world’s largest electronic waste dump – once ranked as the most toxic place on earth.

Agbogbloshie in Ghana is home to a group of maverick makers who have turned recycling into an art form. Give them a mess of old wires, smashed up fridges and broken radiators, and they’ll soon transform it into the affordable stoves, computers and cooking pots that are needed in the local community.

Once deemed to sit alongside Chernobyl as one of the ‘worst polluted’ places on Earth in a report by the Blacksmith Institute, Agbogbloshie isn’t easily recognisable as the makers’ gold mine that it has become. E-waste – like wires, batteries, and plastics – pollute the air and soil with dangerously high levels of toxins like lead and aluminium, affecting the 40,000 people who live and work in the area.

In 2012, architects DK Osseo-Asare and Dr. Yasmine Abbas decided to rewrite Agbogbloshie’s story. Where others saw only toxic waste, they saw the ingredients for new, accessible, upcycled products.

“Agbogbloshie isn’t just an ordinary dumpsite,” DK explains. “Agbogbloshie is a gigantic open air factory, where anyone can pick up waste or scrap material and give it a new life.”

DK and Yasmine had met while studying at Harvard, and shared an interest in mobility, in hybrid cultures, and in a concept called ‘Sankofa’ – a symbol of the Akan people in Ghana and Côte d’Ivoire, which translates as ‘return and get it’. “This means”, Yasmine tells us, “that for a person, community or society to be successful in the future, they must draw on the past”. Together, DK and Yasmine wanted “to rekindle age-old African traditions of shared technology – a culture of both/and, not either/or”.

Seeing the importance of shared technology, they put into practice their theory of ‘design stellation’ – an inclusive approach to designing urban spaces, which focuses on creating networks of grassroots makers who can share and combine their skills. “Technology triangulates knowledge, tools and skills; it should be shared, democratic and available to everyone,” DK says.

They founded AMP with the help of a Rockefeller Centennial Innovation Challenge Award. It brings together makers of all stripes – from welders to seamstresses, technicians to machinists – and helps them make more and better products from the treasures they find in Agbogbloshie’s e-waste trove. This growing network of 750+ local makers has hosted a further 750 students and other young people from across Africa and the United States. They have joined forces to create prototypes of recycled plastic tiles, assemble and disassemble machinery, and create videos to share advice on topics like working safely with lead batteries. Together, this global network of grassroots makers are making magic out of mess.

Taking things a step further, DK and Yasmine wanted to help multiply the possibilities for learning, making and regenerating. They have launched AMP Spacecraft: a set of tools that enable communities anywhere to craft space for making.

AMP Spacecraft is made up of Maker Kiosks (a simple blueprint for build-your-own mobile workshop spaces) and Maker Kits (3D digital downloads of tools and instruments). Both are intended for anyone to pick up and use – so modular, mobile making spaces can multiply across Africa. The next Spacecraft will launch in Senegal, with the Kër Thiossane community of artists, artisans and makers.

Spacecraft also includes, importantly, a Maker App, which links maker and recycling communities while providing training and real-time information on scrap and trading. “Think a mash-up of Twitter, WhatsApp and Craigslist”, says DK. This kind of dedicated, open source platform can fuel more, better and safer making – regardless of geography.

Once wetland, then sprawling wasteland, the area has now become a fertile making-ground. Local communities have access to useful, affordable, upcycled products, and the region has become a hive of new ideas for effective e-waste processing.

AMP is about recycling, yes – but it’s also an exciting learning ground for makers and students to collaborate, and a growing hub for entrepreneurship. “It’s not just about trying to fix a problem here per se, but its about building startups and projects that can be interlinked with a place like this,” DK explains. In tackling the environmental problems of excess waste, AMP is also building skills, supporting employment and acting as a multiplier for new, sustainable businesses.

Looking ahead, the AMP team are concentrating on how they can continue multiplying the community’s ability to learn, make and trade. They’re set on rewriting the story of trash and toxic waste, to tell instead a tale of abundance, regeneration and sustainable livelihoods.

AtlasAction: Use AMP Spacecraft’s open source guides to create tools for your own maker hub

Brazil’s culture-friendly tax law, a bus trip in India where he met his future wife and a desire to dive...
See more 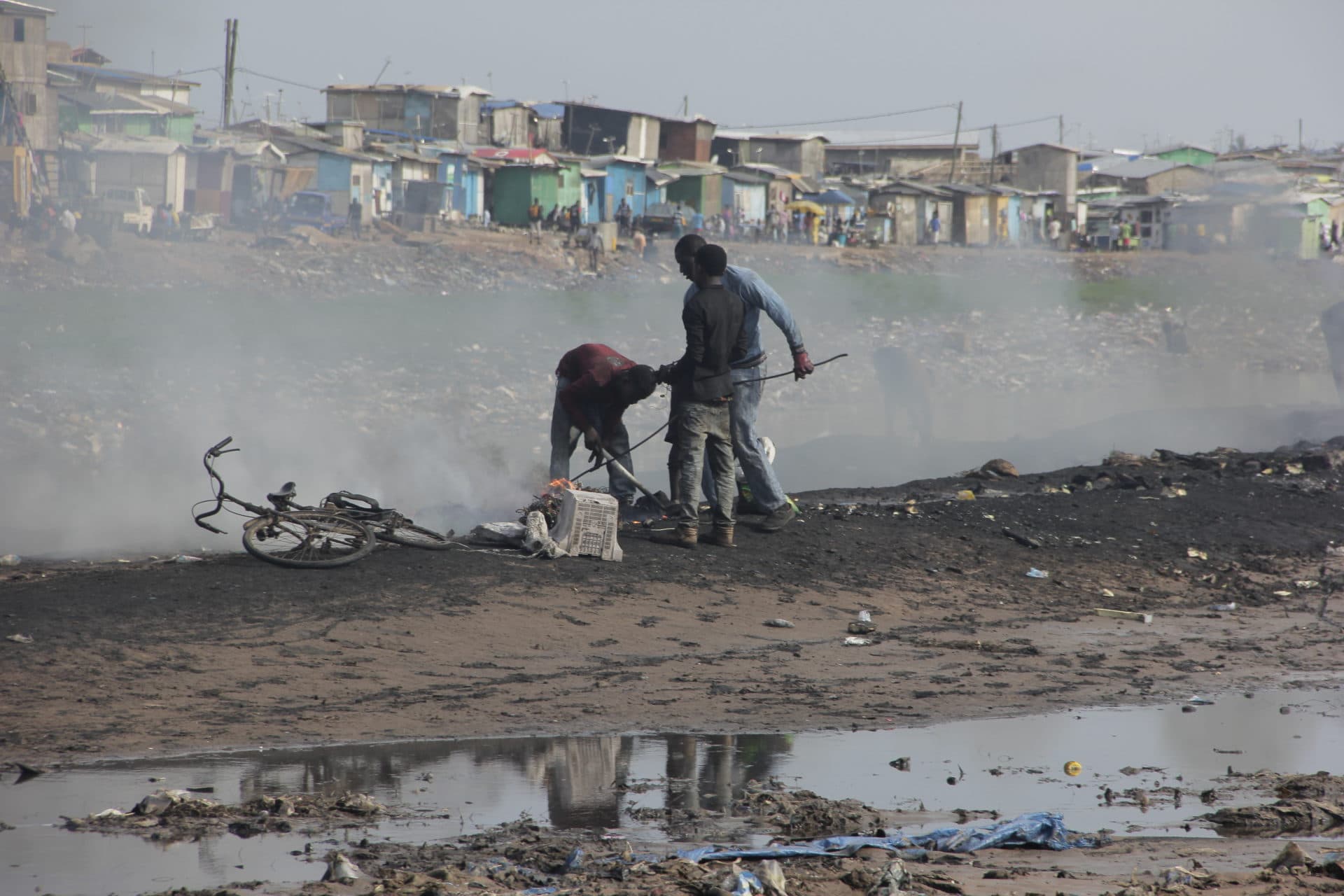 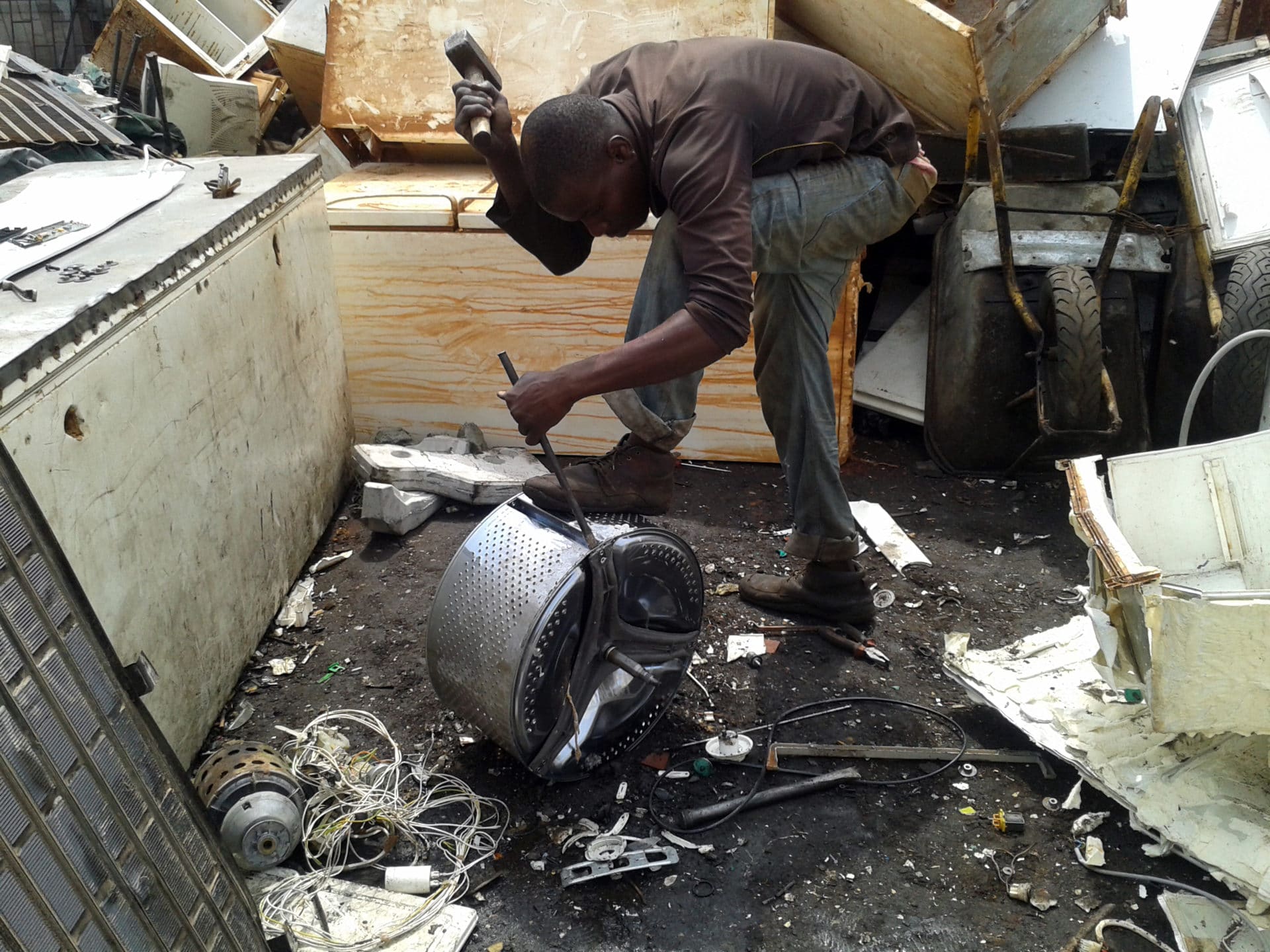 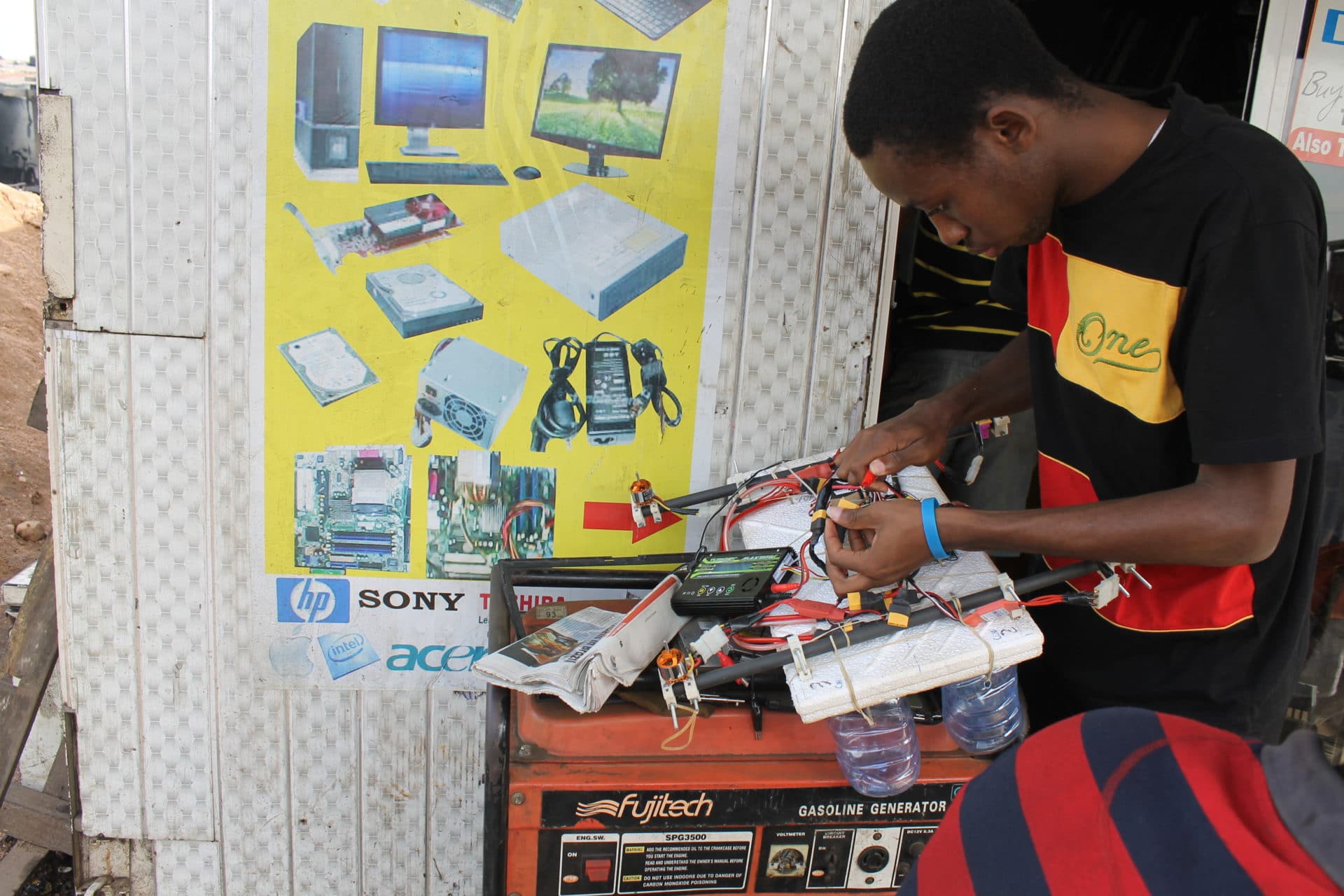 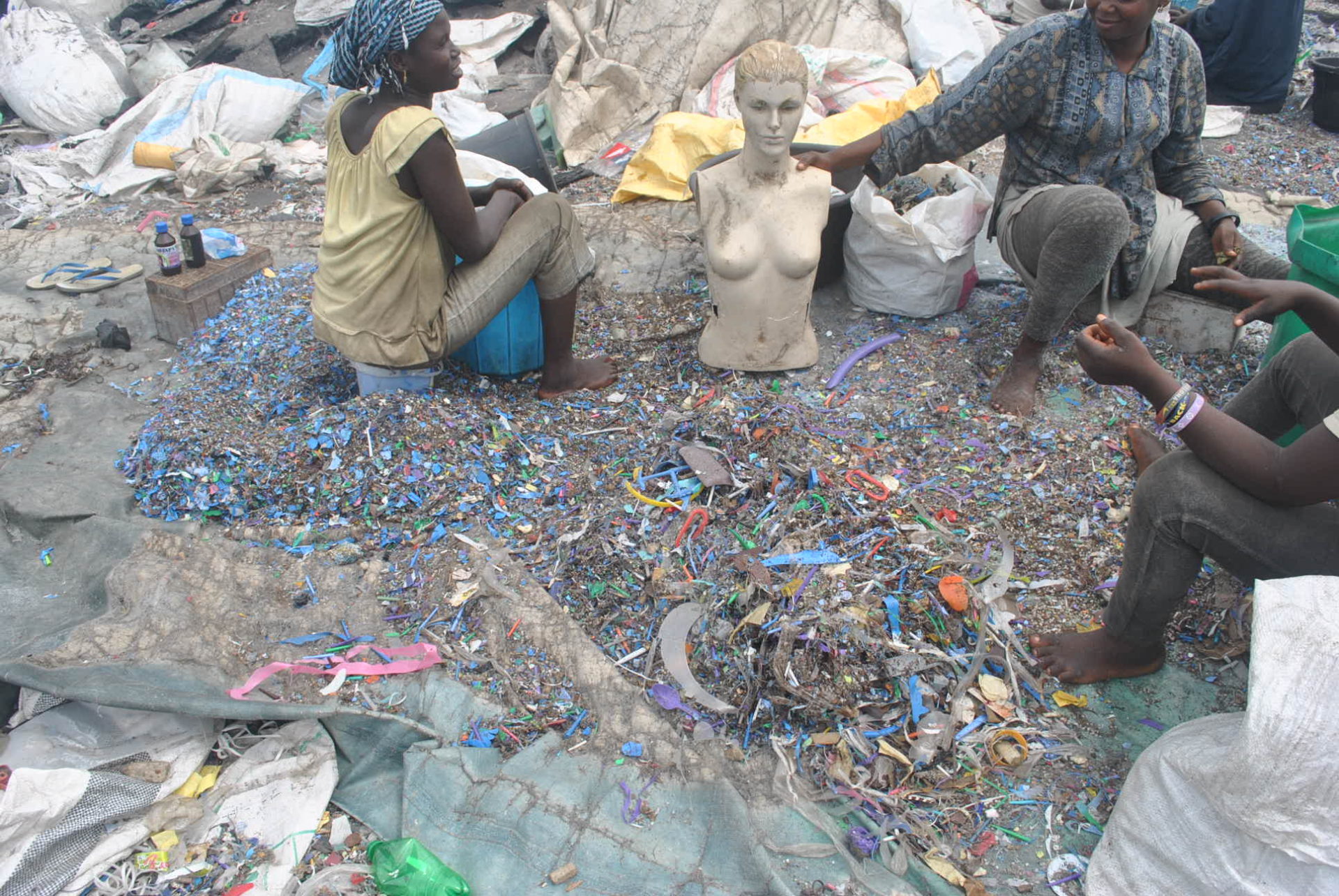 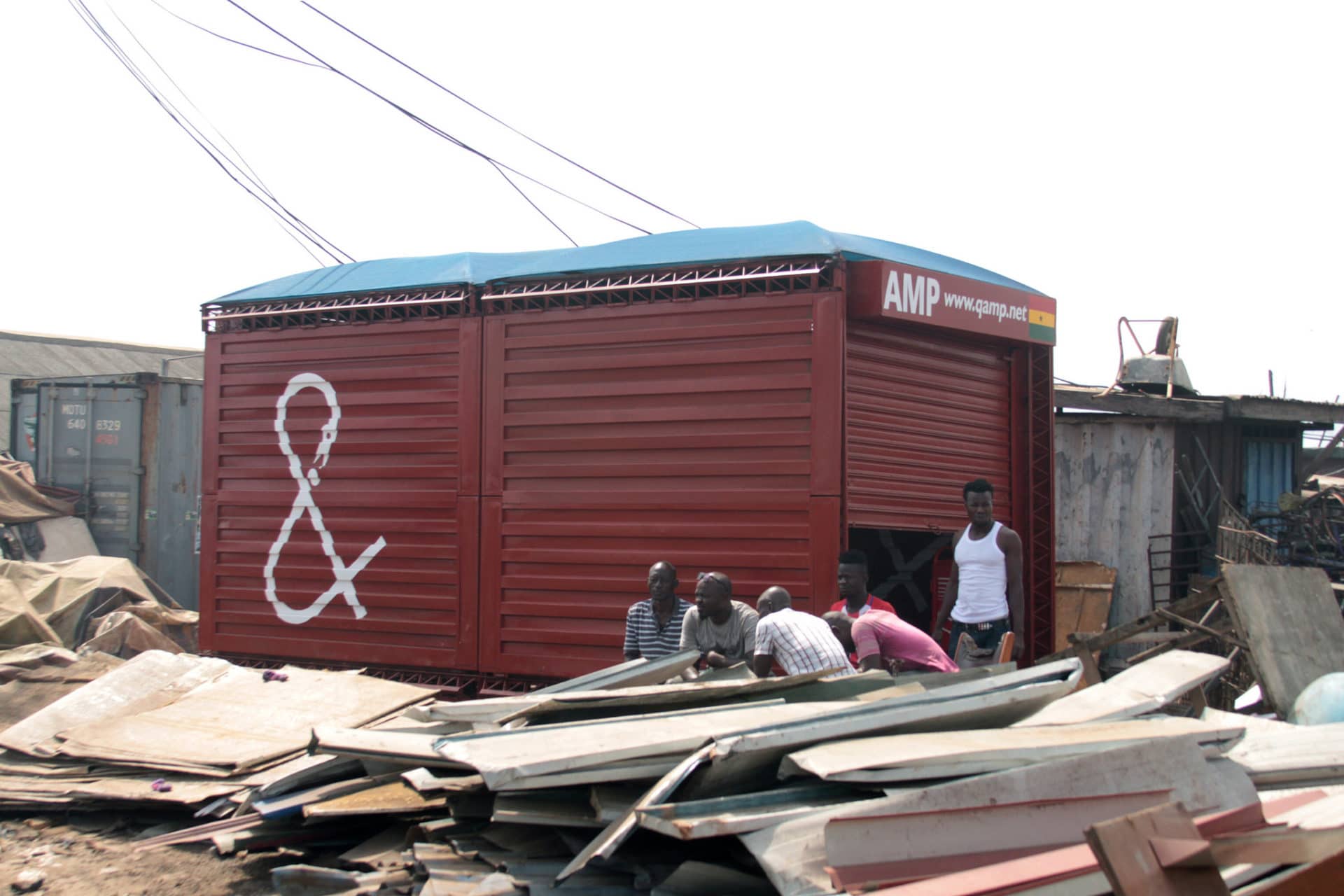 Brazil’s culture-friendly tax law, a bus trip in India where he met his future wife and a desire to dive...
See more