At the opposite end of poverty tourism you can find Unseen Tours, a social enterprise that supports vulnerably housed individuals to develop, curate, and lead guided walks of London.

One in 7 Londoners work in the tourism sector, with the industry contributing £36 billion a year to London’s economy. Yet not everyone benefits from the popularity of the UK capital city among tourists. In multiple occasions when London has been under the international spotlight (during the London Olympics, for example, or royal weddings) homeless people have been forced out of public spaces to make room for tourists and visitors who would be visiting for the event. This shows how in London and elsewhere, the tourism industry often distances itself from homelessness.

“We try to do the opposite,” tells us Jayni Gudka, CEO of Unseen Tours. The social enterprise trains and employs London’s homeless and vulnerably housed people to lead walking tours of the city. “We give people who have experienced homelessness a platform to engage with tourists.” Their motto? Discover the unseen. 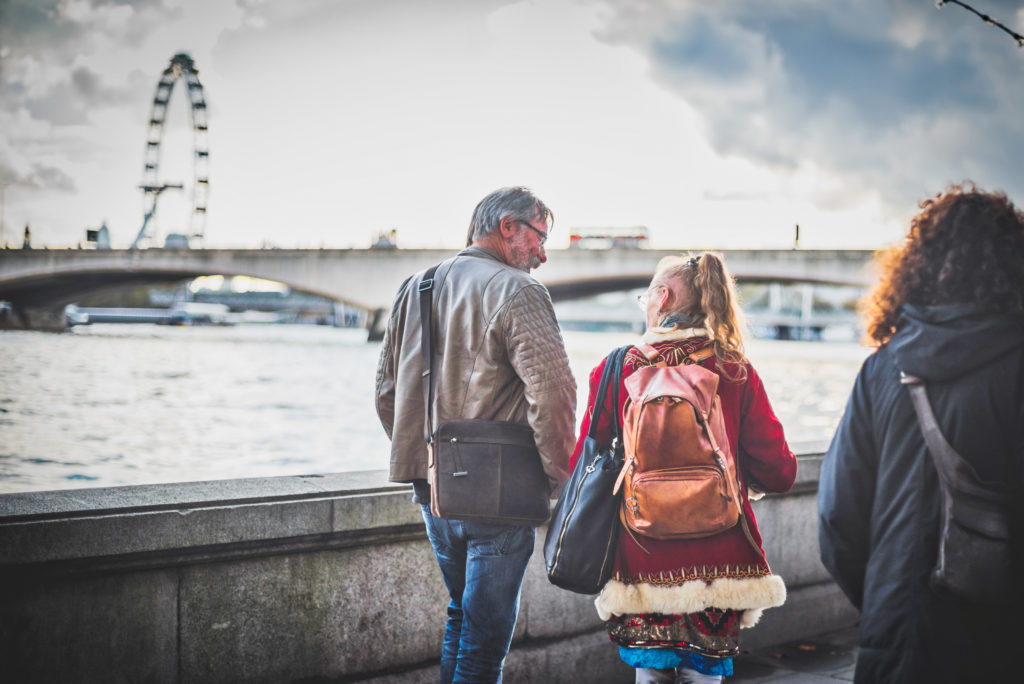 Take a walk by the river with Viv. Credit: Unseen Tours.

If you sign up for an Unseen Tour, you can search for the Seven Noses of Soho with Nic, for example, who’ll share “tales of masked balls, courageous women and outlandish men.” Or walk with Pete, who will tell you all about Brick Lane, a primer for trade unions, women’s equality and the Labour party and the home of “a school with a ghastly secret.” Whether it’s Covent Garden or London Bridge, Jayni says that the guides’ stories enrich the tourist experience.

“They also help contribute to the local economy, through being local guides living at the hearts of their own communities in which they lead these walking tours, rather than being outsiders leading a group of visitors around London despite not really knowing it very well.” 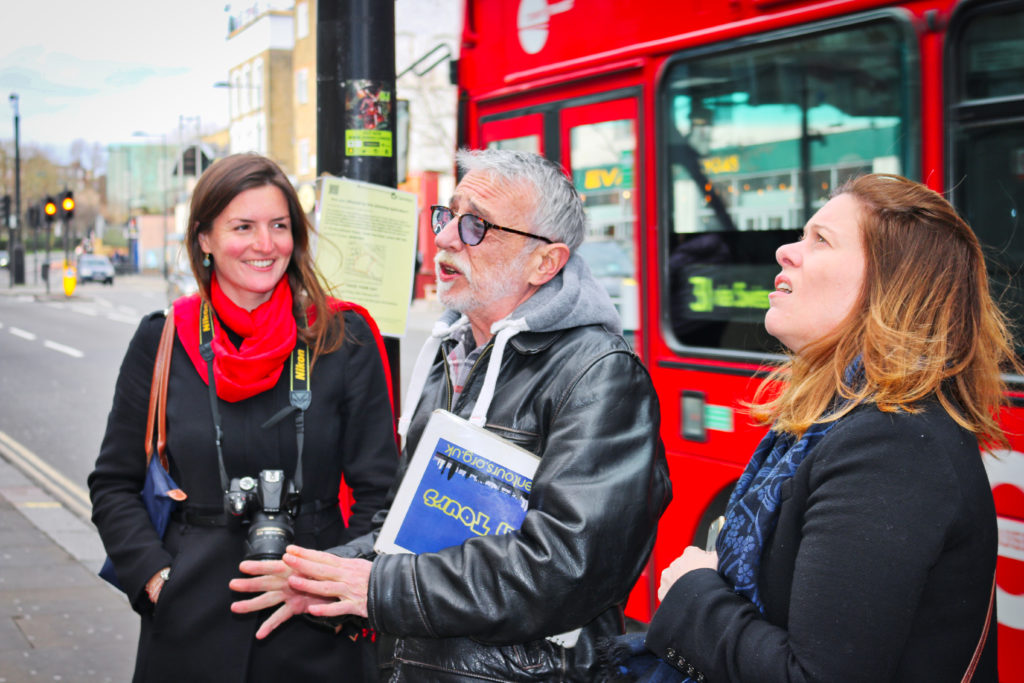 Jayni stresses that no, this isn’t poverty tourism. Rather, it’s a great opportunity to experience London with some of the people who know it best and empower them to benefit from the tourism industry in their own town. As Jayni puts it:

“Our aim is not to superficially point out economically and ‘socially’ deprived areas and the people living in them. Instead, the tours aim to show London’s historical and cultural quirks in an unusual and entertaining way, linking them to current affairs and social injustice […] Where issues of homelessness are touched, they can be heard directly and without filters by people who have experienced them.” 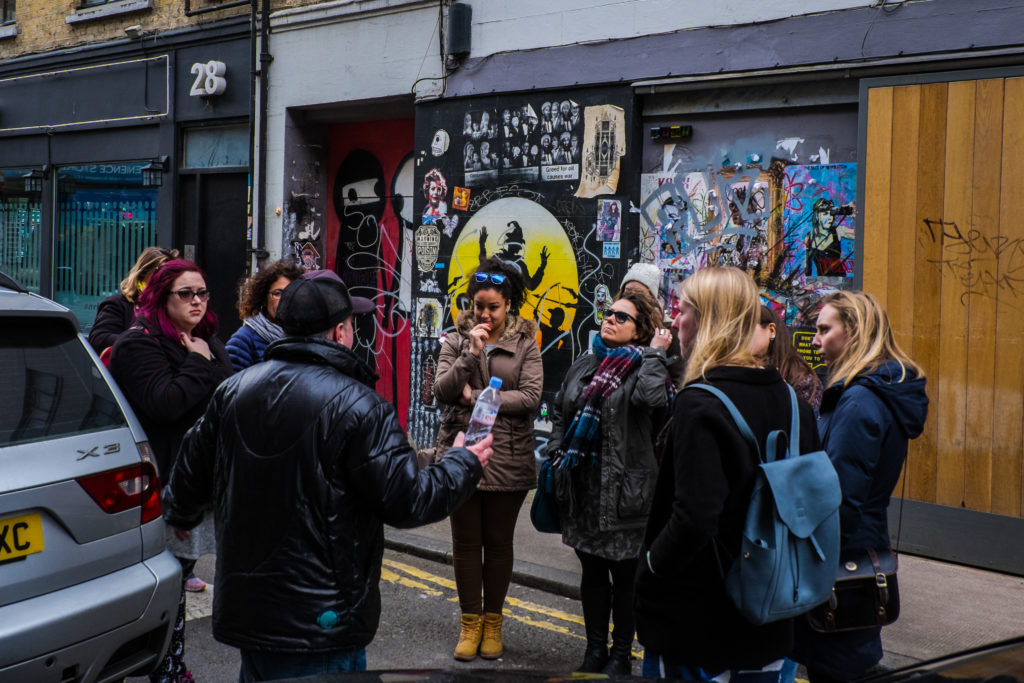 Unseen Tours started in 2010 when a volunteer network called The Sock Mob used the ice-breaking power of a pair of socks to connect and work with vulnerable people in the streets of London.

Throughout the years, the award-winning tour agency has worked with 23 guides and 20 thousand tourists, launched pub quizzes to provide an income for guides during COVID-19 lockdowns, and can now boast 5 stars on TripAdvisor. In 2018, legendary travel writer Bill Bryson presented the Unseen Tours guides and volunteers with a Special Recognition Award by Wanderlust Magazine at The Wanderlust World Guide Awards.

“To see our guides receiving such awards from their own personal heroes, in recognition of the work they do and enjoy so much was a great moment for all those who work behind the scenes.”

Jayni shares how it’s also a joy to see the “steady increase in confidence” the guides experience each year. Homelessness can have a devastating impact on confidence and people who have been street-homeless often feel invisible. Janyni tells us how she and the team “continue to be inspired and motivated to continue our walking tours each time we see the growing confidence our guides have in showing people around their communities and sharing their own stories.” 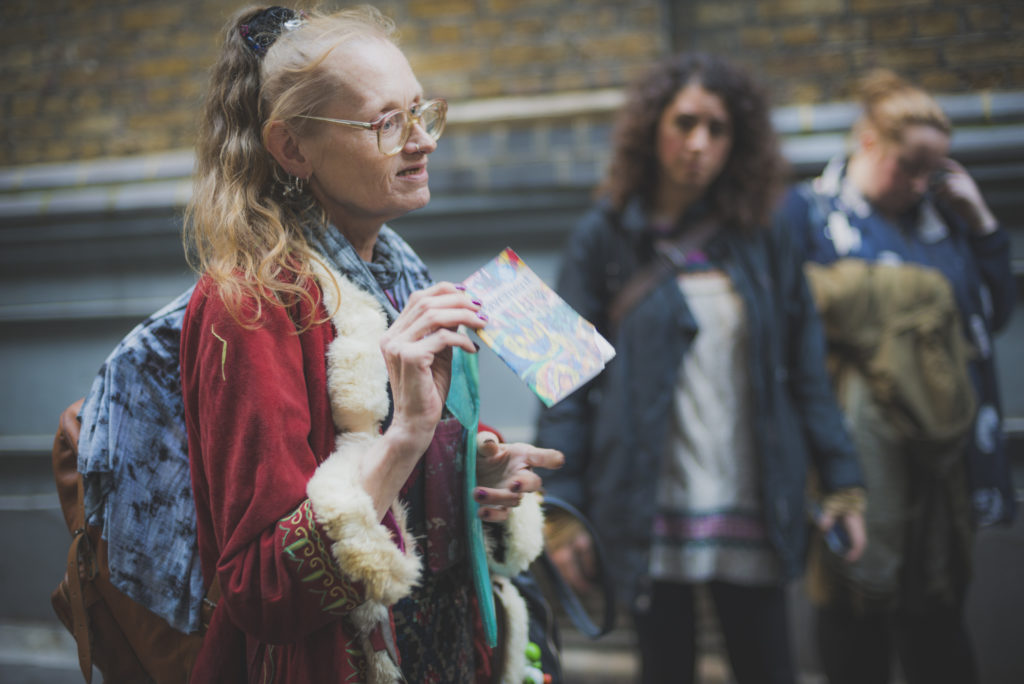 Unseen Tours guides have experienced positive changes in terms of opportunities and public attitudes towards them. But Jayni says that there’s still a long way to go. The Vagrancy Act (which makes it an offence to sleep rough or beg in England and Wales) is only being repealed now and is “just the start of what needs to be done.”

“We do find that many people are still unclear about the many ways in which someone may end up homeless, including hidden homelessness. Increased understanding of these, together with more opportunities for people affected by homelessness, is what we would like to see a shift in.” 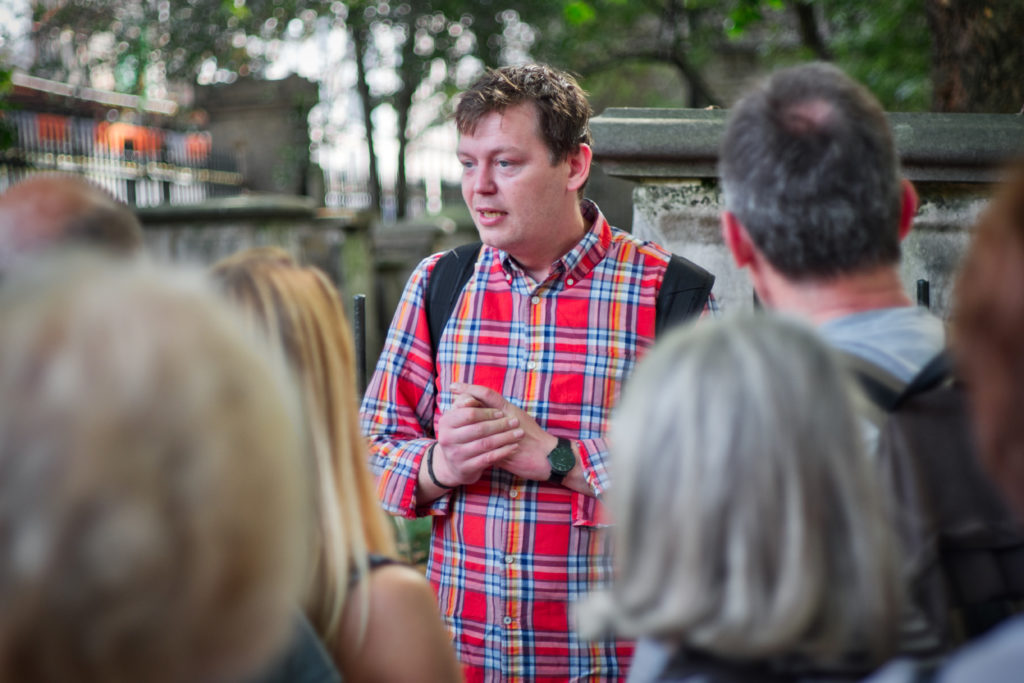 Unseen Tours believe that tourism, events, heritage and conservation sectors all have “so much to gain by including marginalised people and their stories in their narratives,” and hope that in the future they’ll be able to collaborate with more organisations in cities across the UK and beyond, to help set up similar walking tours that include marginalised groups. For now, they’re excited to be launching a new walking tour in King’s Cross with Ben, the latest addition to the guide team.

▶️ Hear what guide Viv and tourists had to say to ITV:

AtlasAction: Ready to explore the Big Smoke? Book a tour. Too far from London? Take the pub quiz with your friends and colleagues. Want to hel? Get in touch with Unseen Tours to donate or create connections with organisations in your community.

Project CeCe is the search engine for sustainable fashion. The cat has long been out of the shopping bag —...
See more
Italy (Treviso)
Italy (Treviso)

Project CeCe is the search engine for sustainable fashion. The cat has long been out of the shopping bag —...
See more
Italy (Treviso)
Italy (Treviso)