Tickr’s app allows users to invest as little as £5 in companies expanding access to education, clean water, renewable energy and other social and environmental impact areas.

Is your money a direct cause of greenhouse gas emissions? You may think not, but the decisions you – or your bank – take about what to do with money can be crucial. Thirty-five of the world’s major banks have provided $2.7 trillion (£2 trillion) to fossil fuel companies, according to a 2020 report from Rainforest Action Network.

Today more and more people want to understand where their money is going, and Tickr’s app can make a big difference. The app only offers investments in funds that generate social and environmental benefits, allowing users to put their money into companies that aim to have a positive impact for people and the planet. 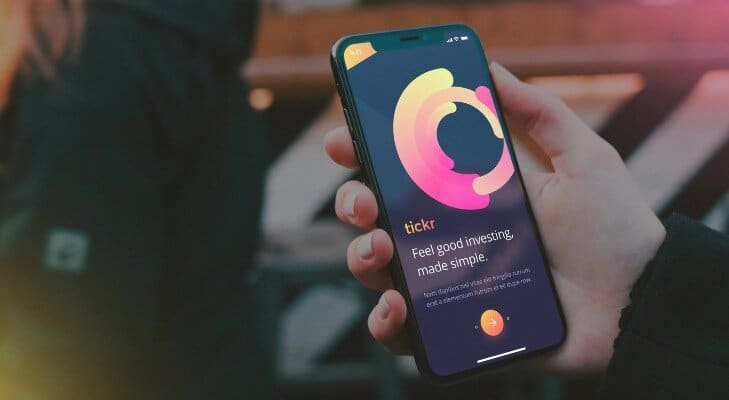 Sustainability is at the core of Tickr’s offering and the concept focuses on generating positive outcomes for the world.

“Finances should be stacked in favour of the user, and benefit the planet, and we will shake up the industry with these two things in mind” – Tom McGillycuddy, co-founder

Users can use Tickr to make socially responsible investments, and the customers can also use the app to assess – and improve – the impact of the decisions they make as consumers and to balance their carbon footprints by supporting a range of projects that reduce carbon emissions. 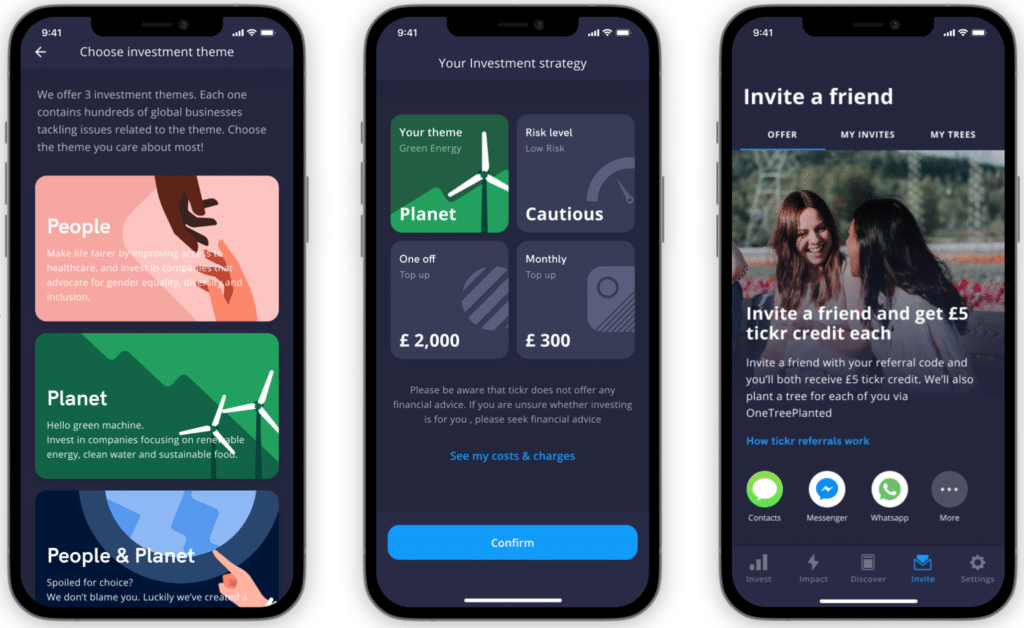 Tickr, which bills itself as being for the “next generation of investors”, is offering something that will inspire millennials to engage with finance in a way they have not done before, around the idea of “impact investing”. The average age for a user is 31 and 40% of them are female. 50% haven’t ever invested before and now are investing £250 per month on average – perhaps because people are not spending as much during lockdown.

Many of the financial concepts are difficult to understand, and the emphasis on clarity and being user-friendly is not a traditional customer relationship in the investment sector. But the Tickr app is designed to be intuitive and straightforward: it relies on graphs and charts for their visuals, such as wind turbines for sustainable energy, making the experience of investing more millennial-friendly. 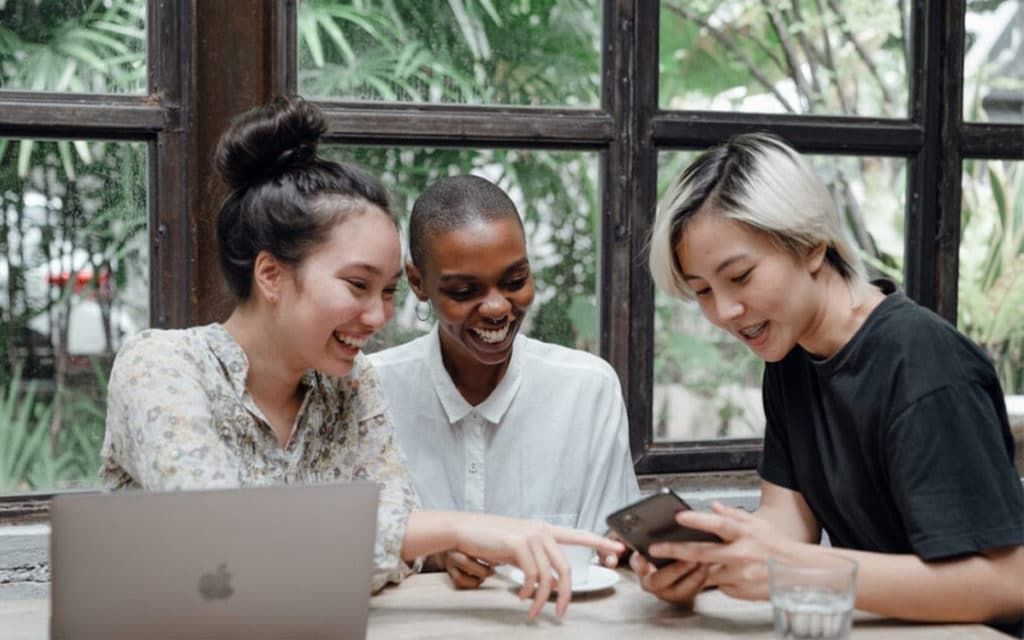 Co-founders Tom McGillycuddy and Matt Latham met in 2010 and spent eight years working in investment management, but both decided that the mainstream financial services sector was not for them. They launched Tickr in 2019 and have just announced a £2.5M fundraising round for product development, expanding the user base, and eventually taking Tickr into other European countries from its current UK base. The startup says it is now approaching 100,000 users in the UK. 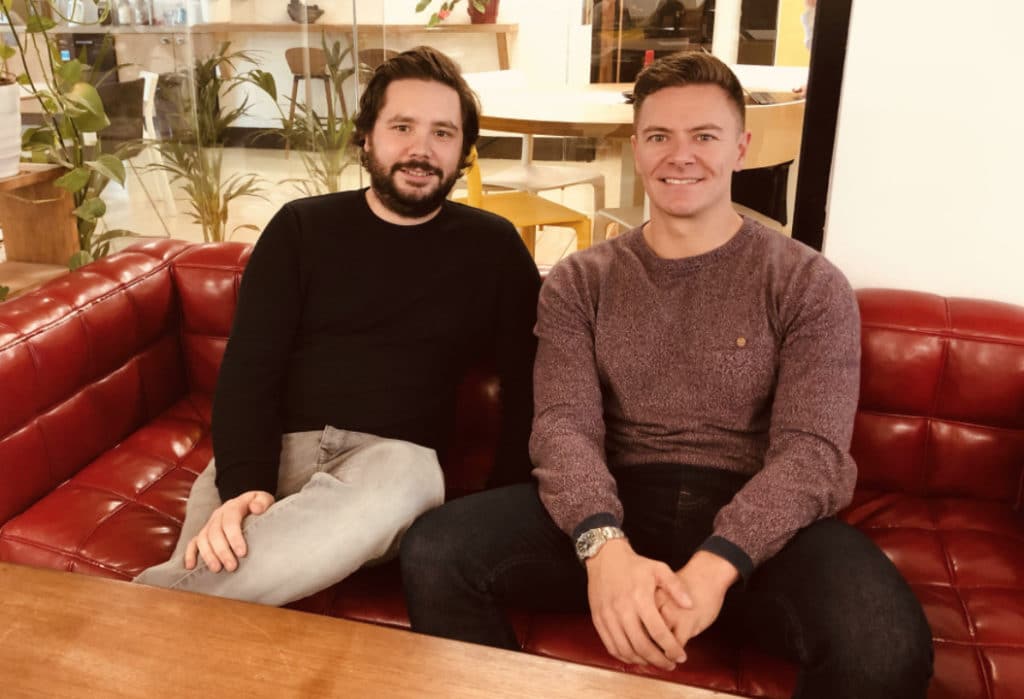 Even before the COVID-19 pandemic, socially-responsible investment was growing, and the crisis appears to have accelerated the movement. People, especially youth, have become increasingly aware of the fragility of the world in which we live. Tom adds: “We think this change has only just started, and within the next few years it will completely transform financial services and how people think about their money”. Certainly, it seems to be one of the lucky few businesses that can look ahead to this year and feel optimistic. There’s a generation there that wants to invest and wants to do it sustainably.

AtlasAction: Download the app and start investing if you live in the UK. If not, follow Tickr on social media to learn more.

Nature is the new gold! Save your local forest and earn money with this new stock exchange for biodiversity.  ...
See more 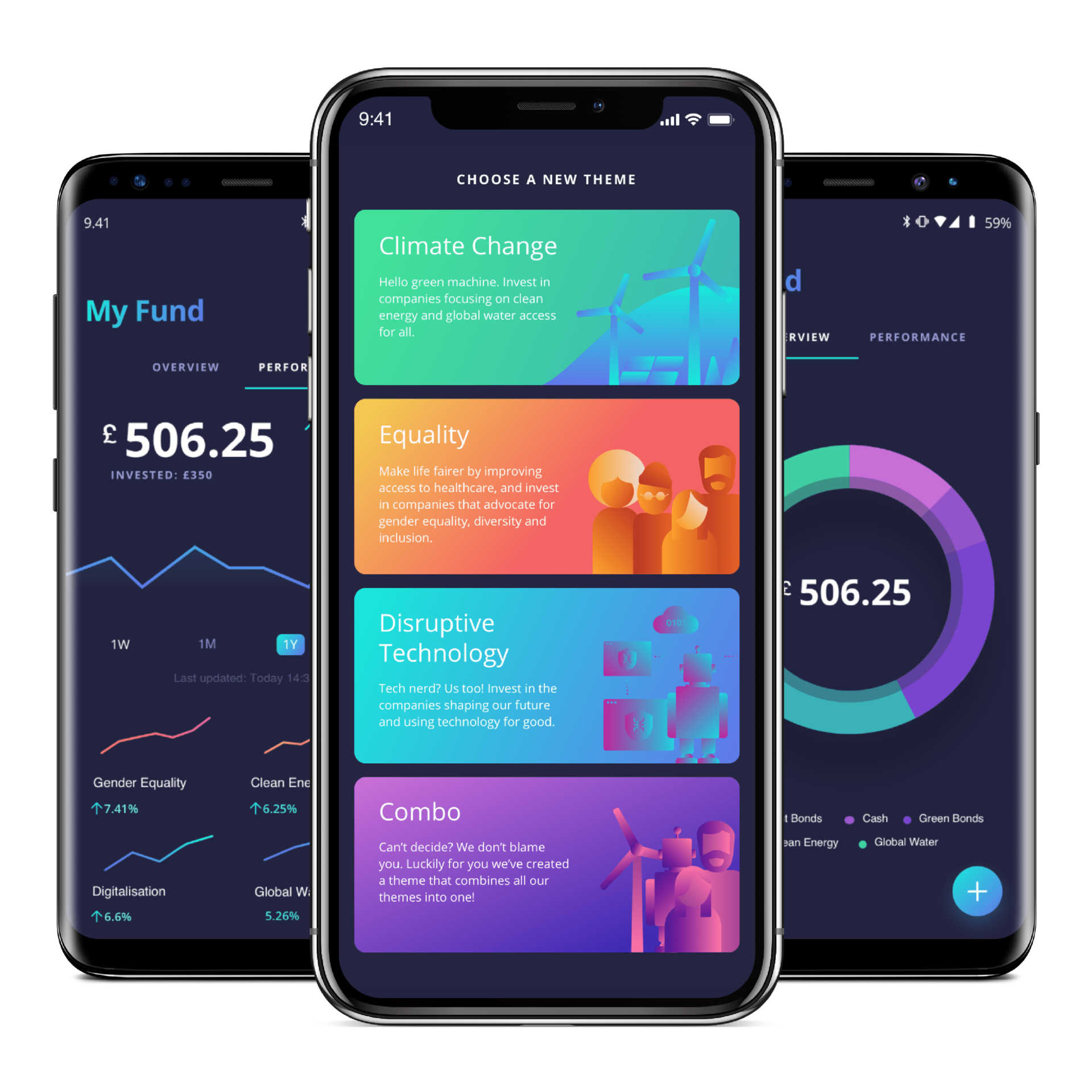 Nature is the new gold! Save your local forest and earn money with this new stock exchange for biodiversity.  ...
See more