“It’s time to change the conversation about climate change from polar bears to people.” – Dominique Browning

Forget Thunderbirds, these moms are GO. Determined to create a healthier environment for their children to grow up in, Moms Clean Air Force has rallied over 1 million moms to join their ranks in the fight for cleaner air. 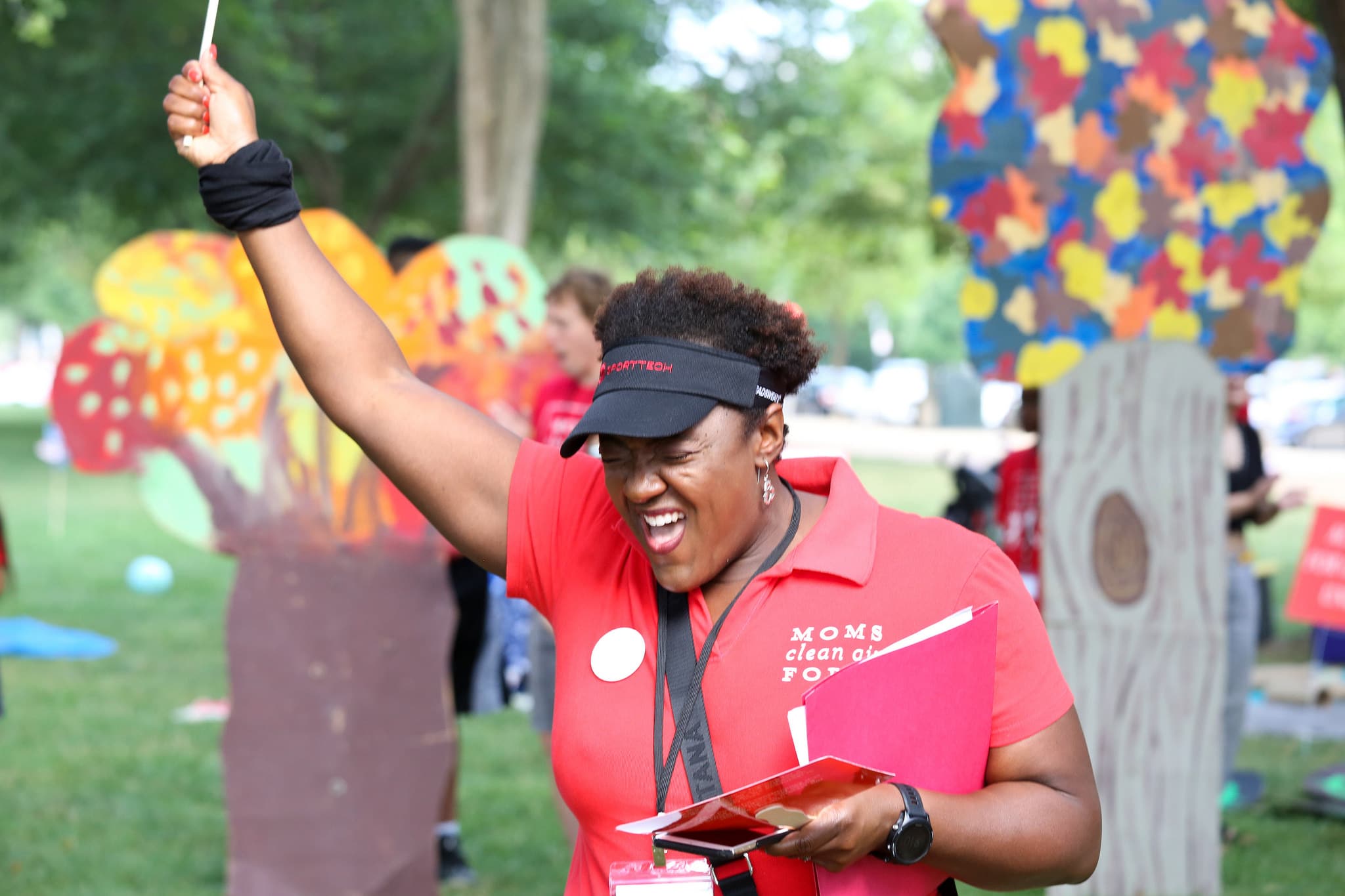 Car fumes, fracking, fossil fuel power plants, industrial smokestacks, hidden toxic chemicals, wildfire smoke – plus a less-than-climate-conscious President – have put concerns about air quality at the top of the agenda for moms, dads and caregivers in the U.S. With one in ten kids there now diagnosed with asthma, these moms have decided it’s time to take action so their kids can breathe easy.

The original Mom, Dominique Browning, co-founded Moms Clean Air Force in 2011 after some sleepless nights: “I would stay awake at night worrying about climate chaos. It’s a problem I’d been following closely for years, but I always thought it was going to be taken care of – it was so big and so obviously dangerous, right? Then we lost our chance at serious climate legislation in 2009, and I began to wonder seriously about what had happened. And I also realised how important it was for citizens to engage.” 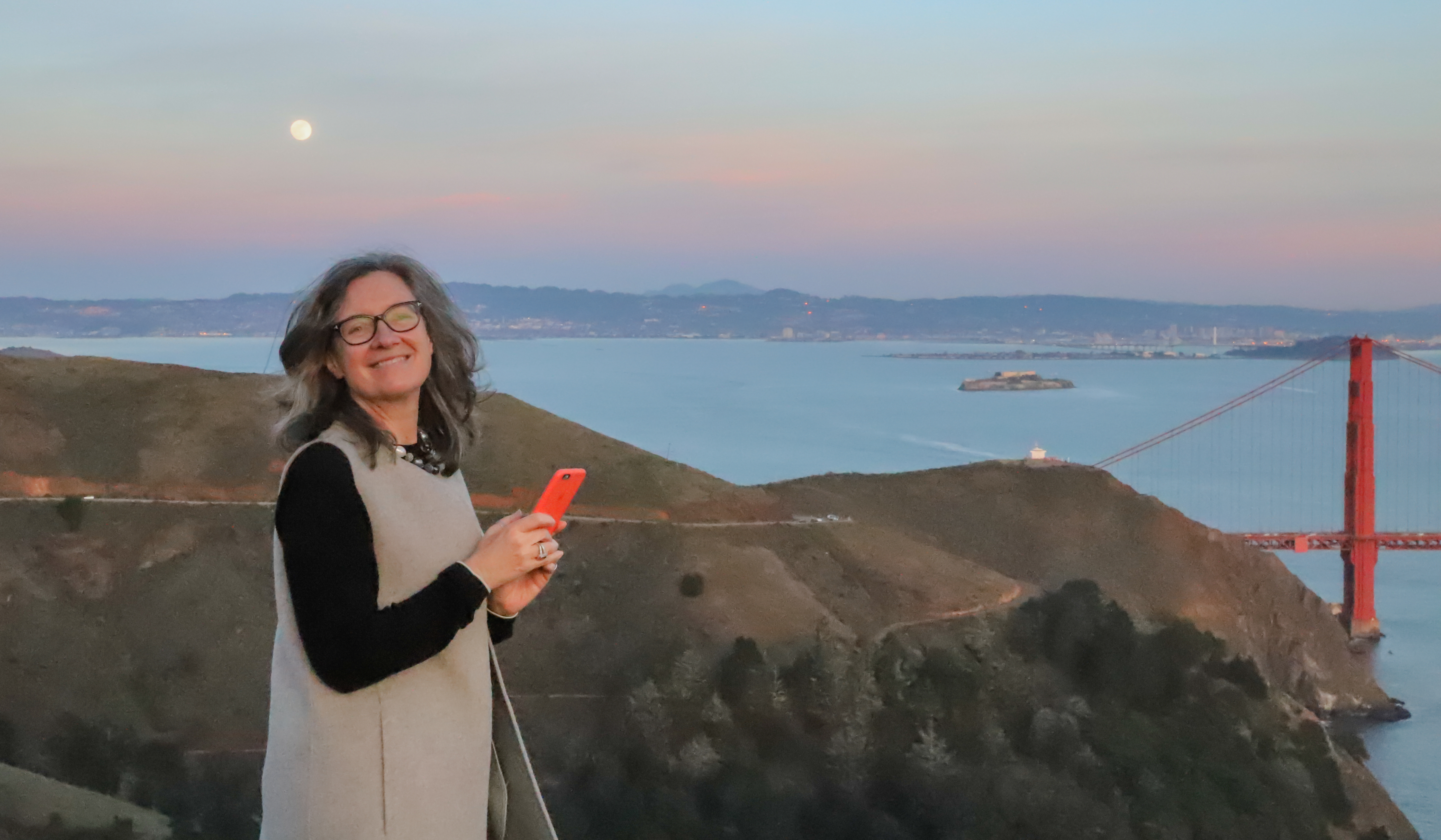 Dominique decided to create Moms Clean Air Force as a way to bring the issue of climate change right back to the people it affects, so they can better unify around it. “I realised that scientists were only talking to scientists, economists to economists, doctors to one another, and even environmentalists spoke their own language about the issue – so that no one was explaining things to people who wanted to understand, but needed explanations that weren’t laden with jargon.”

The focus on the human relationship with climate change (people rather than polar bears) has made Moms Clean Air Force “the first and largest group to harness mother love to re-engage old-fashioned habits of citizenship.”

They run events like Play-Ins and Mama Summits, create educational resource materials in everyday language, and connect parents with lawmakers at every level of government. And they’re always petitioning hard, with over 30 petitions currently live – directed to the likes of the Environmental Protection Agency (EPA), Congress, the Senate, U.S. Governors and U.S. Representatives, as well as brands like Chrysler, Ford, Toyota and Babies “R” Us.

The Moms have had some heartening success, but the battle rages on. “We made progress in Pennsylvania working with Governor Wolf’s office, as well as in Colorado. We’ve also been essential in protecting EPA’s Clean Car Standards. But we are now fighting to protect every single accomplishment we won with President Obama’s EPA. The Trump EPA cares only about protecting polluter profits; every single health protections is in their crosshairs for a rollback.”

Connecting people – with each other, with information, with decision-makers – is really what Moms Clean Air Force is all about. Their ever-evolving partnerships bolster the movement and expand their mother love-driven mission into new communities.

The Moms work with Green Latinos on the EcoMadres campaign, and with the African American and white evangelical communities through Bible study guides. And while the issue of clean air can get political, the Moms are non-partisan – or ‘Mompartisan’, as they prefer to call themselves.

Next for Moms Clean Air Force, alongside their continued campaigning, resource sharing and petitions, is to continue the success of their Moms and Mayors Initiative. Because, as former Mayor of Greenville, MS., Heather McTeer Toney puts it, “Mayors are on the front line of their communities, and the impacts of climate change hit home first. Moms and Mayors working together is not only smart, it’s a sure fire way to make sure we get things done.”

In April 2020, in the midst of the coronavirus that saw pollution levels lower, Heather added: “We want pollution free air without the pain and suffering of a pandemic. There is no silver lining here. Like climate change, COVID-19 has extreme social justice impacts and we don’t want people to think we must suffer for clean air.”

AtlasAction: Join the force, sign a clean air petition, or add some baby power to your shower. Moms Clean Air Force was mapped by Hip Hop Caucus in their Top 3 favourite projects.

DNA Scanner
"Our mission is to end the sixth mass extinction. Humans have driven it and humans have the power to reverse it."...
See more 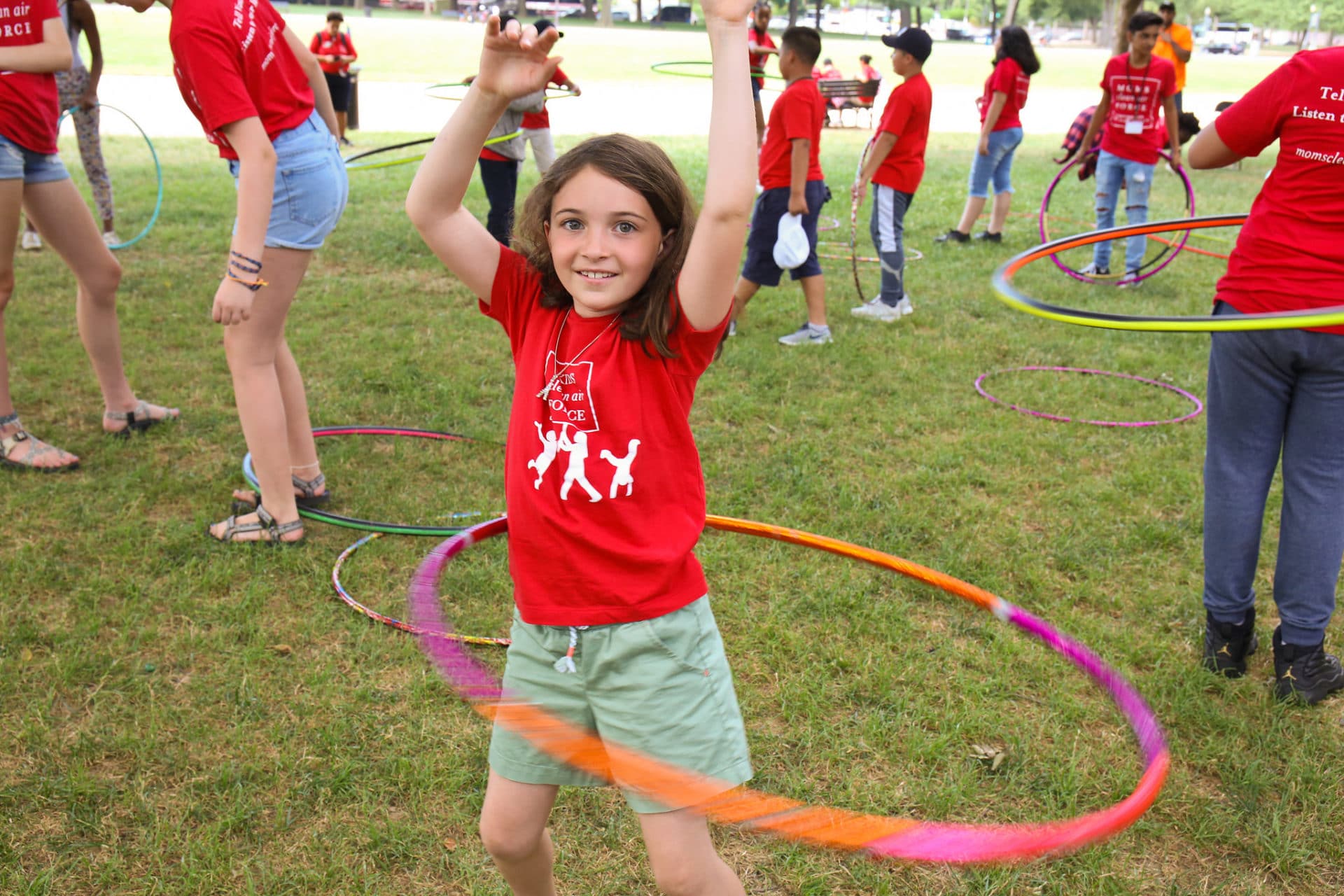 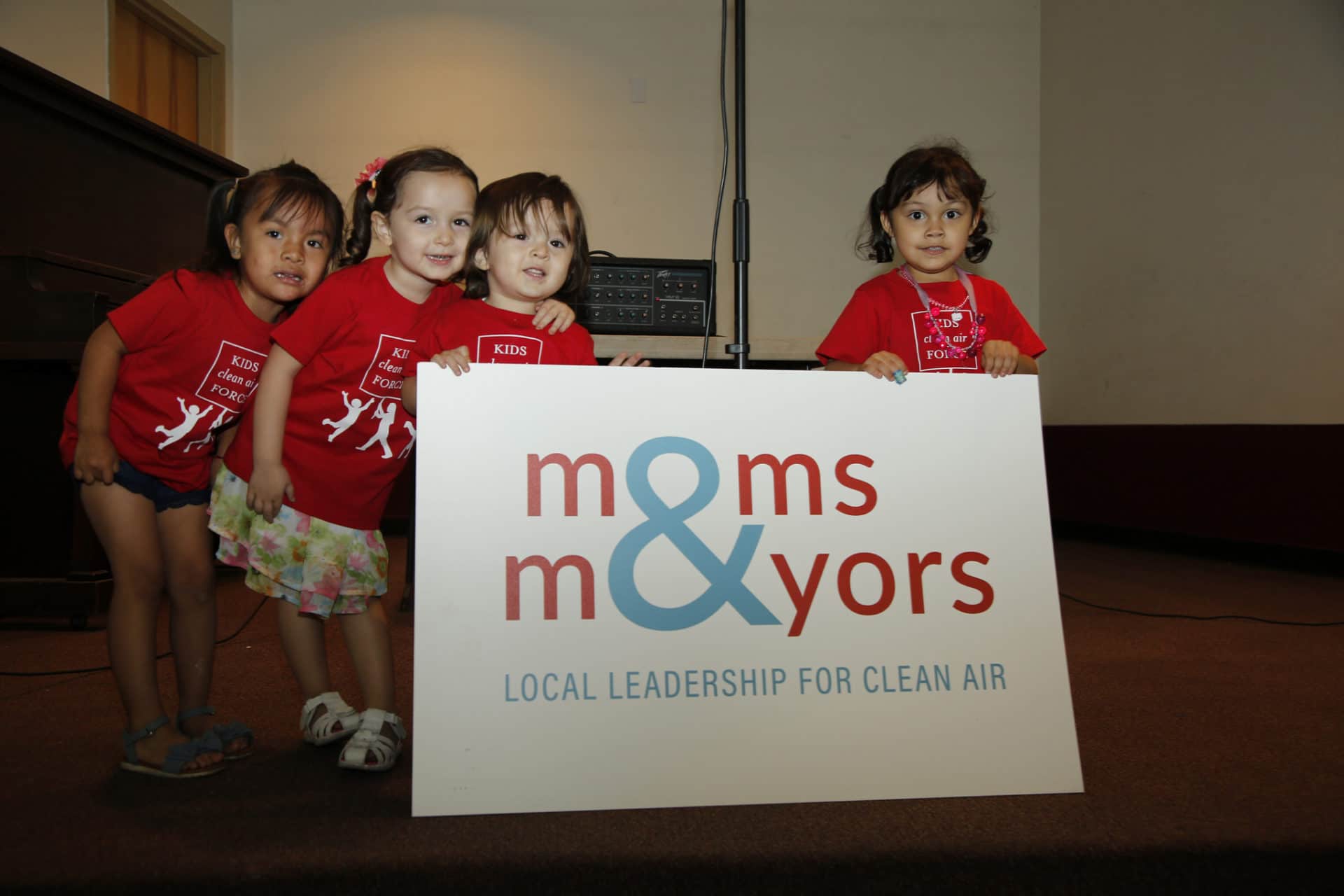 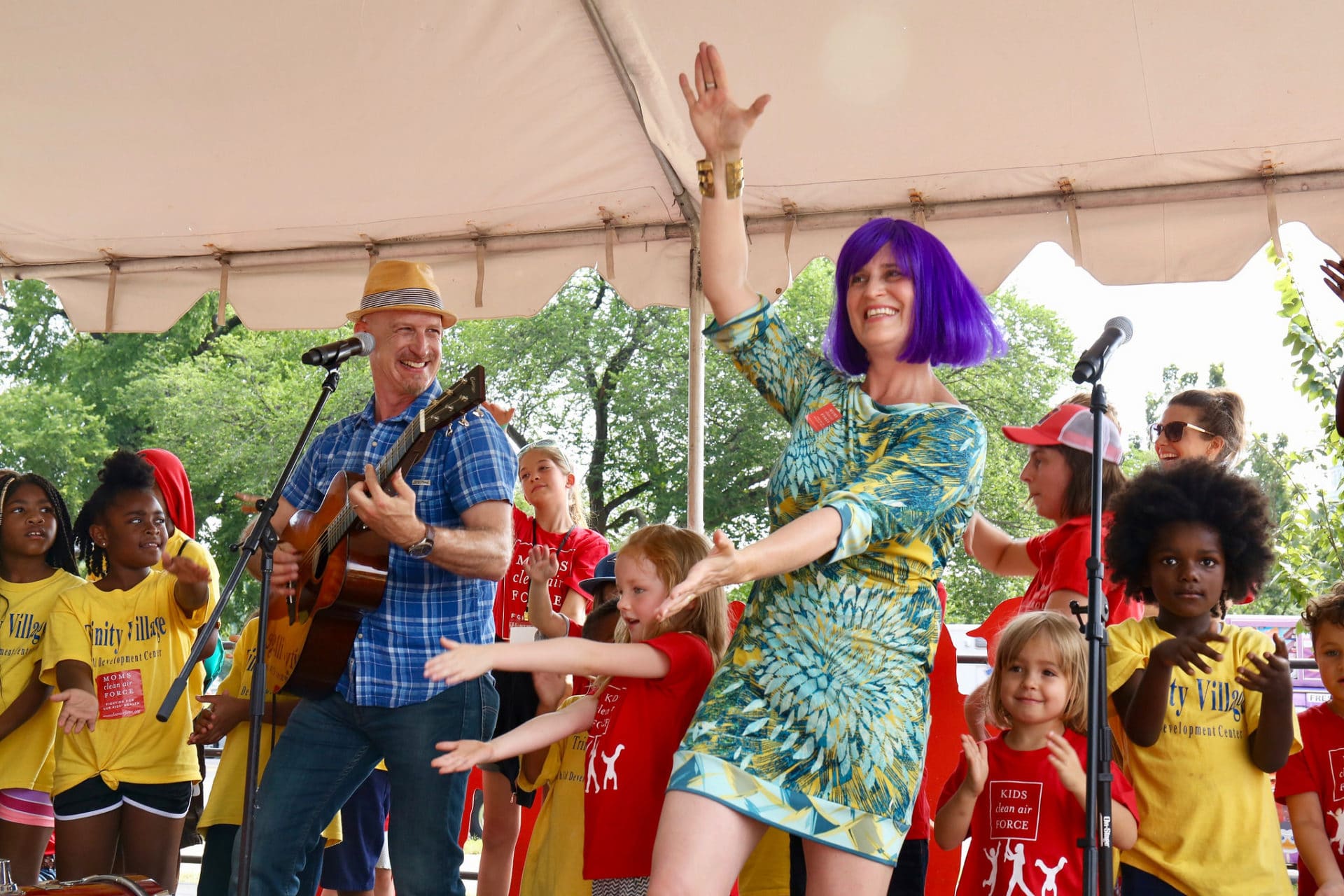 DNA Scanner
"Our mission is to end the sixth mass extinction. Humans have driven it and humans have the power to reverse it."...
See more