Architects in Beirut are using Miyawaki reforestation to return a polluted river to people and nature and “turn EGO into ECO.”

The Beirut River runs for 30km from the western slopes of Mount Kneisseh and the southern end of Mount Sannine through Beirut, until it empties into the Mediterranean Sea. A place of worship of the god of Heliopolis in ancient times and the site of the aqueduct that supplied Beirut with potable water under the Romans, the Beirut River valley is one of the most important areas for bird migration in Lebanon. Yet urbanisation, pollution, and the transformation of the riparian river into a concrete canal recently turned Beirut River into a contaminated no man’s land.

Throughout the years, the degradation of the Beirut River resulted in polluting activities as companies treated the areas surrounding the river as a dumping site for industrial and slaughter waste. Local communities suffered a great loss of ecosystem services, from freshwater supply to flood regulation and the natural spaces it used to provide for cultural activities.

In 2019, a studio of architects decided to change things and bring the Beirut River back to life, making it once again a life-supporting resilient ecosystem. But how do you resuscitate a river? You plant a forest. 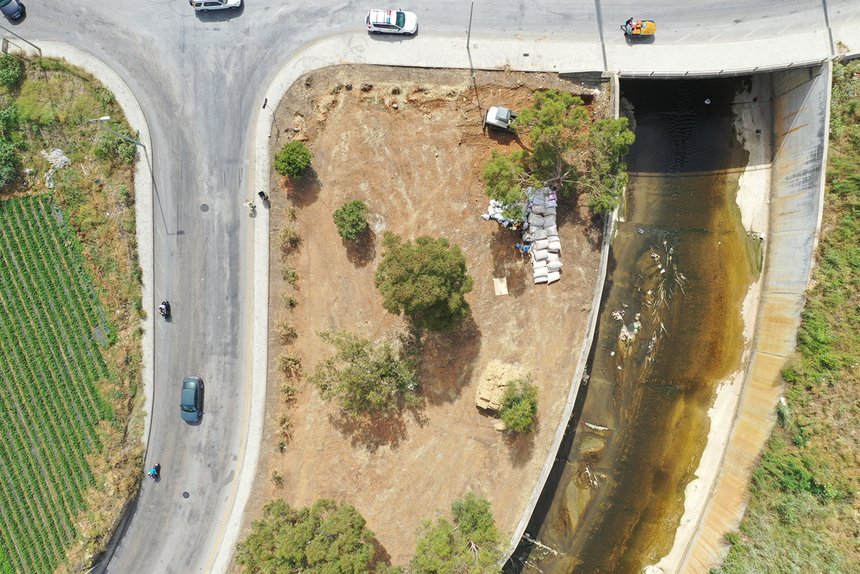 The Beirut RiverLESS Forest project was realised by theOtherDada (tOD) a Regenerative Consultancy & Architecture studio on a mission to “move the world from EGO to ECO.” The team of architects and creatives follow the principles of biomimicry, emulating the models, systems, and elements of nature for the purpose of solving complex human challenges:

“Going beyond traditional architecture, we employ a holistic and biomimetic design approach with NATURE and PEOPLE at its core. It is architecture that is socially and environmentally engaged.” — theOtherDada

The Beirut RiverLESS Forest is part of the studio’s award-winning reforestation initiative for ecological and social regeneration in cities called theOtherForest. Ecosystems are rewilded and restored by growing forests using the Miyawaki technique in urban landfills.

The Miyawaki method
Miyawaki is a technique pioneered by Japanese botanist Akira Miyawaki that helps build dense, native forests. The approach is supposed to ensure that plant growth is 10 times faster and the resulting plantation is 30 times denser than usual. It involves planting dozens of native species in the same area, and becomes maintenance-free after the first three years. Miyawaki forests are considered to be 30 times better at carbon-dioxide absorption as compared to conventional landscaping.

In May 2019, they started planting Lebanon’s first native urban forest in a public plot in Sin El Fil, next to the channelised river. They picked the Platanus Orientalis tree as the project’s first ‘champion organism’ because of its resilient attributes — it’s excellent for flood management and biodiversity assistance. At the same time, they built accessible pedestrian bridges and public parks, asking local communities for feedback and advice for co-creation.

“We’re looking at how all these interventions work together as a system and are particularly interested in seeing how the community can participate. We’re on site every 2 weeks to talk to the community and local refugees who may not have access to an internet connection and social media to give us feedback. We organise focus group meetings and meet the more than 20 NGOs operating in the area.” 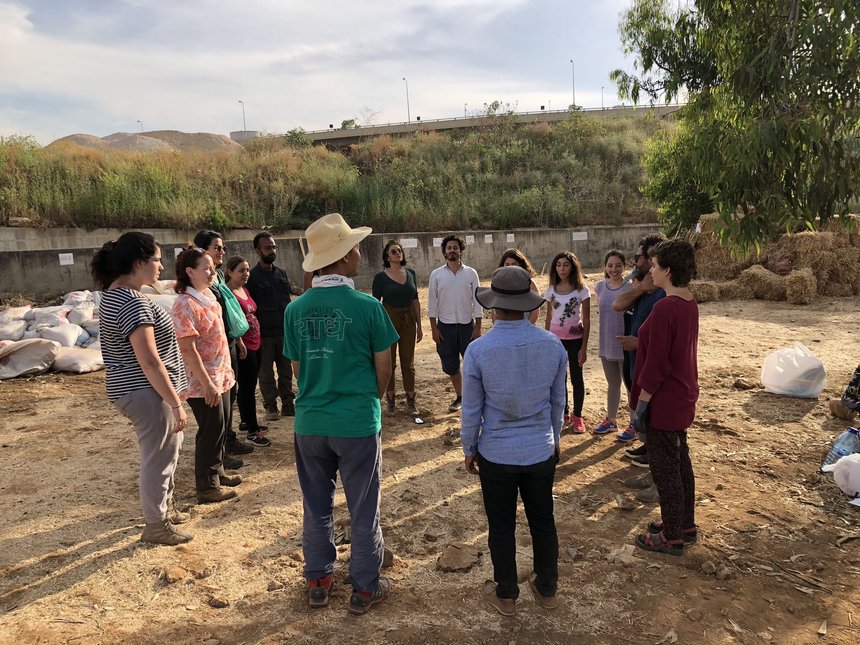 Thanks to community workshops and local volunteers, the forest grew fast. 5,800 native trees and shrubs have been planted to date to restore 2,200sqm of degraded land, and the project is expanding in other areas around the river. Beirut’s RiverLESS Forest earned the D&AD Future Impact award in 2019 and the iF Social Impact Prize in 2020, and was featured in the 5th Istanbul Design Biennial. 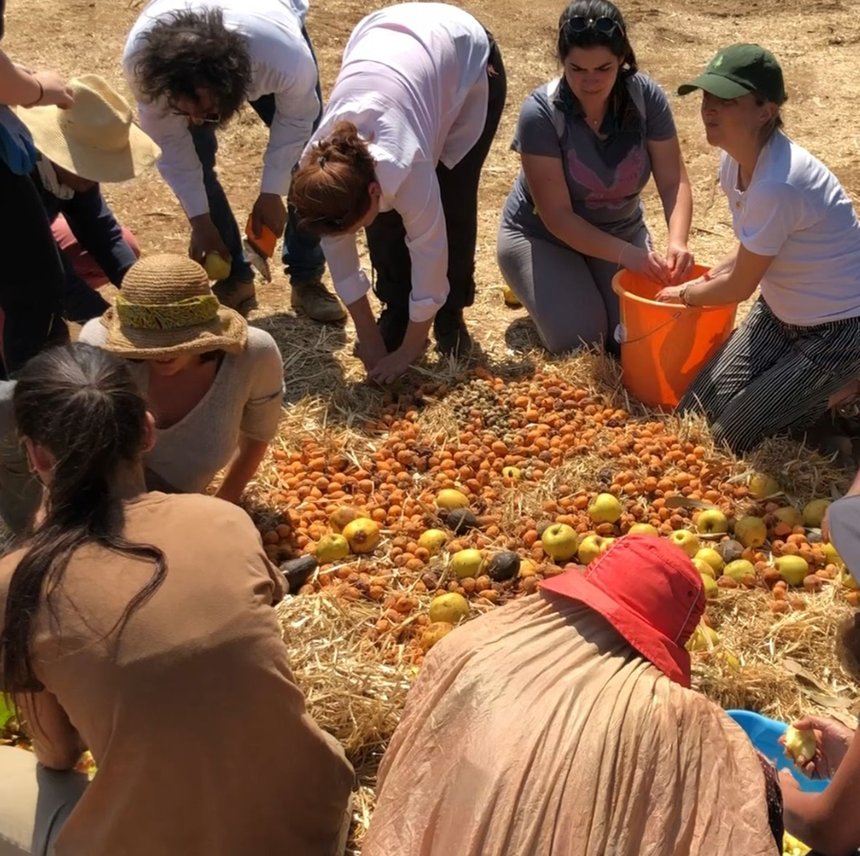 AtlasAction: Want to volunteer or collaborate in Lebanon? Get involved.
► Sign up to AtlasNews for weekly adventures in better tomorrows.

Kevin is an environmental architect and activist at theOtherDada. He studied at l’Académie Libanaise des Beaux-Arts in Beirut, then completed a Master's specialization in Advanced Ecological Buildings & Biocities from the Institute for Advanced Architecture of Catalonia- IAAC in Barcelona. Moreover, he completed a research program on waste from construction and mycelium and worked on many environmental campaigns for NGOs, communities and companies.

Community builds a school to transform education in rural Uganda

Project CeCe is the search engine for sustainable fashion. The cat has long been out of the shopping bag —...
See more
Share this project

Community builds a school to transform education in rural Uganda

Project CeCe is the search engine for sustainable fashion. The cat has long been out of the shopping bag —...
See more